We take a look at the 1989 Honda CR500 that belongs to ADB reader Chris Saurin.

WHY I BOUGHT IT
I noticed it in the shop, looking very neglected and shabby. There was lots of rust and corrosion on the frame and wheels, and the plastics were warped and faded. I thought that it would be a good project. It was for sale, so I bought it.

WHAT I DID TO IT
I stripped everything from the bike. The engine was checked at Albany Motorcycles. The cylinder was rebored and new conrod bearings fitted. All internals were checked for wear.

The frame was sandblasted, which revealed bad corrosion in some areas. The bad sections were cut out, new bits fabricated and welded in. The sub-frame was rebuilt. The wheels had bad corrosion so the rims and spokes were replaced. The hubs were blasted and repainted. I installed new bearings in the wheels and swingarm.

Practically everything was replaced with new parts. Cowan from Albany Motorcycles did an excellent job in sourcing new or aftermarket parts for me. He even tracked down a genuine front brake master cylinder in its box that had been sitting on a dealer’s shelf for 25 years in the US. The fork and shock were refurbished.
with Dylan Ruddy

HOW DOES IT GO?
The bike is very manageable and it all depends on how hard you twist the throttle. It can go from mild to mental if you’re not careful.

SHOULD I BUY ONE?
Absolutely recommend it to anyone with a love of dirtbike history and a desert for a backyard (or a handy showroom to display it in). 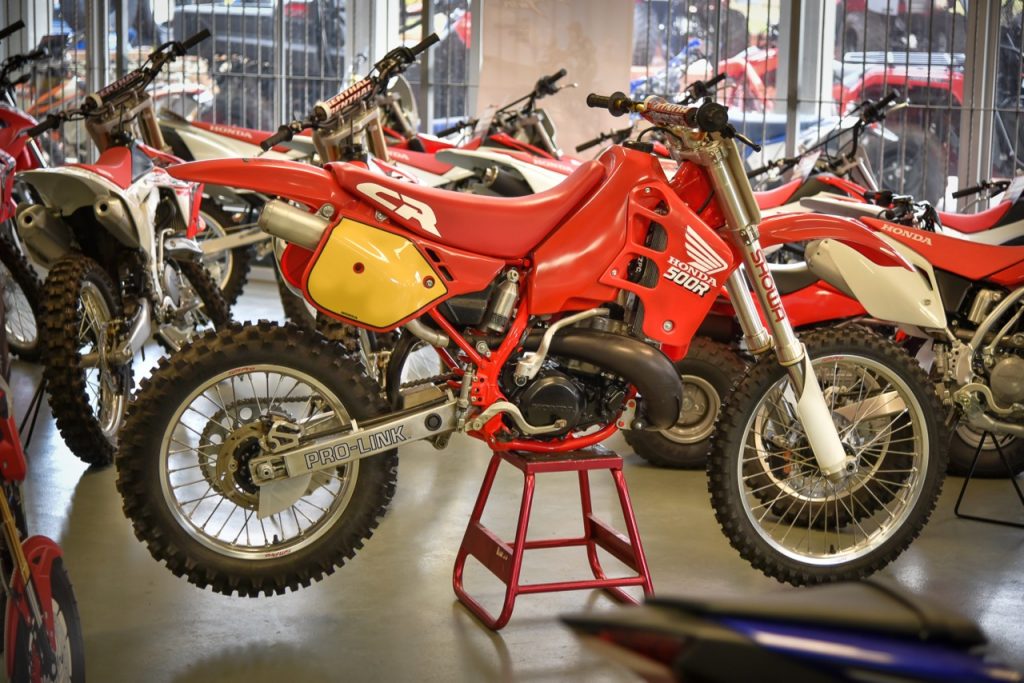 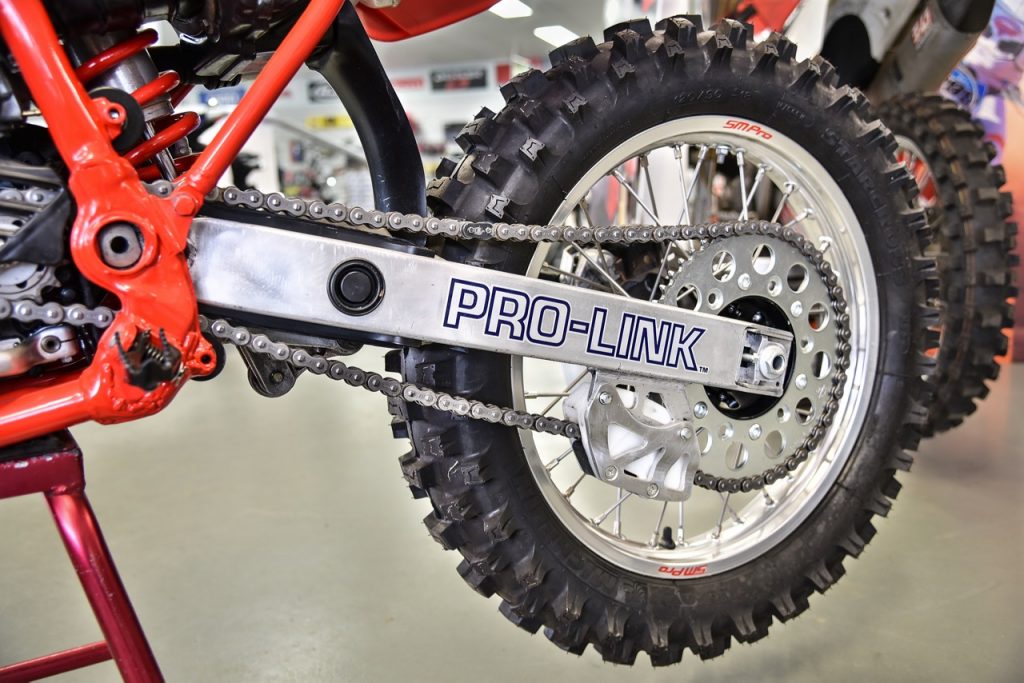 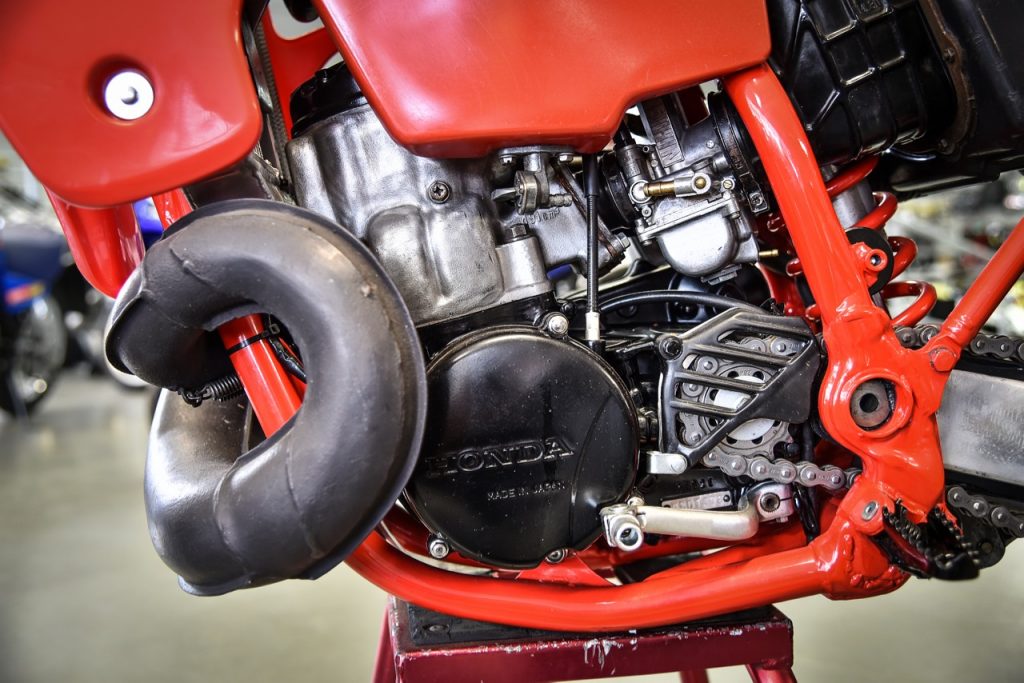 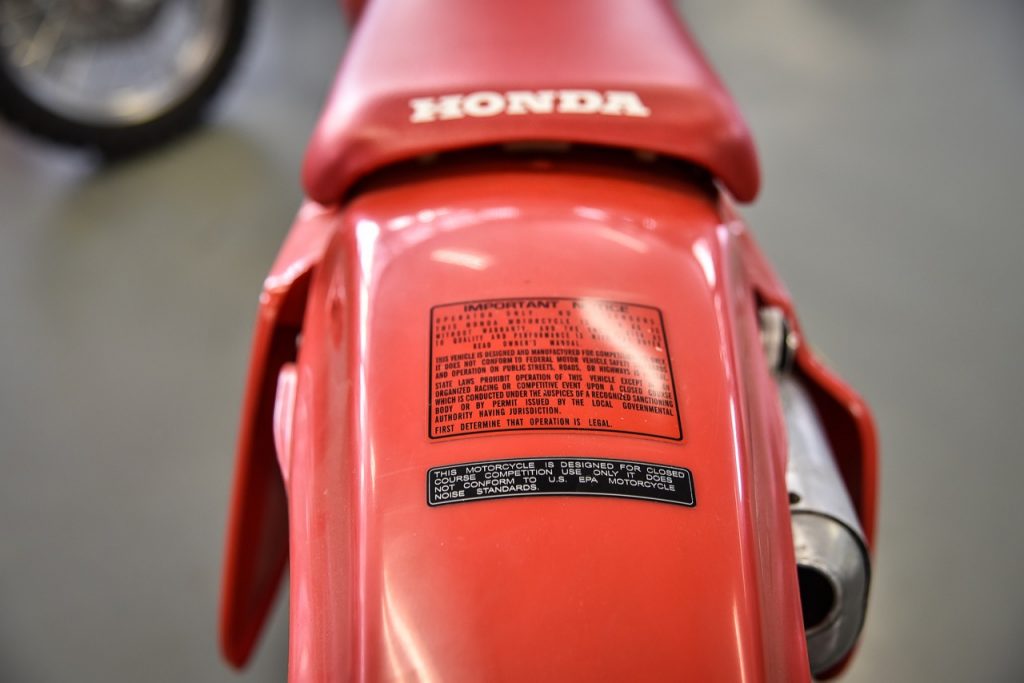