Epic singletrail and chasing drones out of Cairns for the last leg of our ADB Qld Moto Odyssey.

We woke at 4:30am in Cairns and met Dave Williams from Fairdinkum Dirtbike tours, and headed out to Atherton, south west of Cairns, to do some riding with some local trail punters, Mick Tarca and Glen Jacobs. We realised the other WR250F had a slow leak in the front tube and had gone flat overnight. Despite being up early we still had time against us so instead of ripping the thin stock tubes out of the WR250F and putting an ultra heavy duty tube in, we just winged it and filled it up to about 16 PSI.

We met up with Glen, a mate of Dave’s and the trail designer at World Trail, and our local expert Mick Tarca. Glen had a bunch of impressive drones in tow and was eager to catch some epic footage. One drone was so compact he carried it on his backpack! 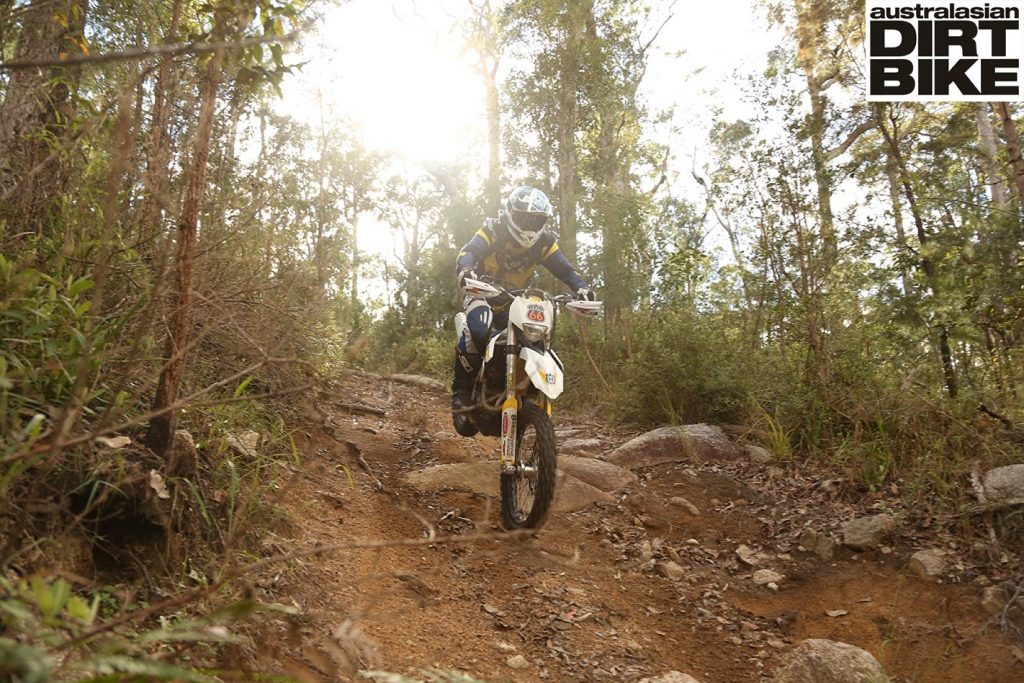 We unloaded at the carpark at Atherton Forest Mountain Bike Park on Rifle Range Rd, which to our surprise was completely fine to do so. Mick, our guide for the day, took us straight to an epic lookout over the north west Atherton region with a bunch of odd looking crop circles he informed us were that shape because of the way the irrigation system works, not from extraterrestrial landings.

With a little rain in the days leading up to our Cairns ride the surface was the best the boys had seen it in years! Us Mexicans and cockroaches must have brought the moisture with us. 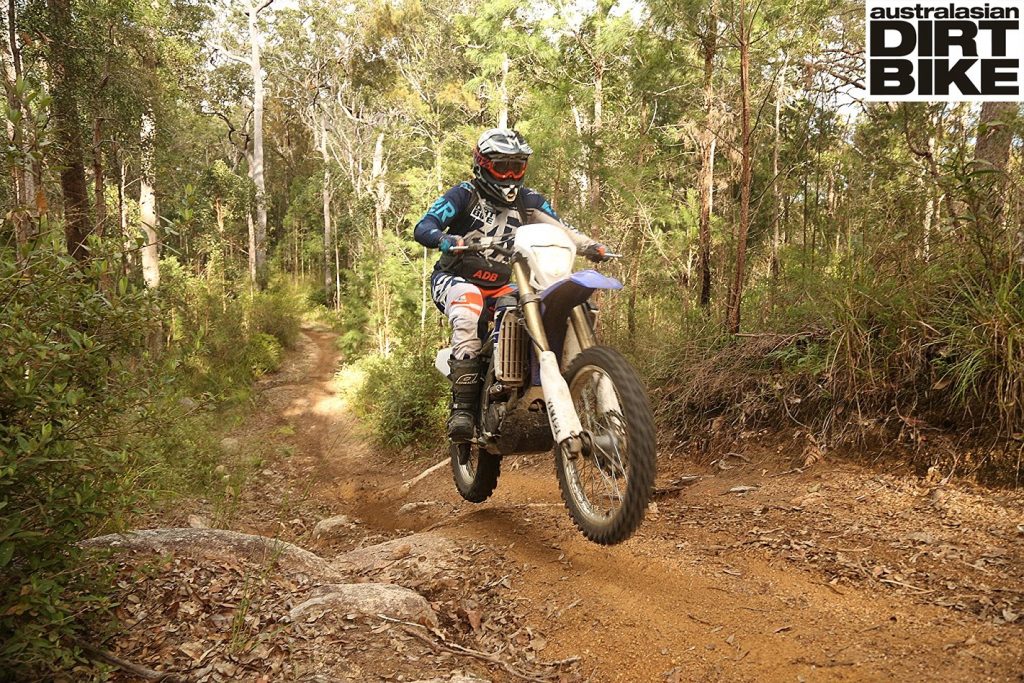 The trails were a mix of fast flowing open singletrack and tight cattle tracks. There were some built up sections with natural berms, which was a combination of fast switchbacks and drop offs, so Glen decide to park up and chase us through the bush with his drone. In a dense forest Glen managed to hunt through the trees as we darted from berm to berm. We also came across the odd rocky hillclimb, that caught our older statesman Glen out, who at 50-something was doing damn well to keep up, especially when you consider he was carrying a drone on his back!

We got to a section of long flowing hills and loose rocks which allowed us to hold it pinned. The little WR250Fs were screaming but it was just too much fun to back off. After a quick stop I told the boys to give me a few minutes while I went ahead and scouted out a spot to take some photos. 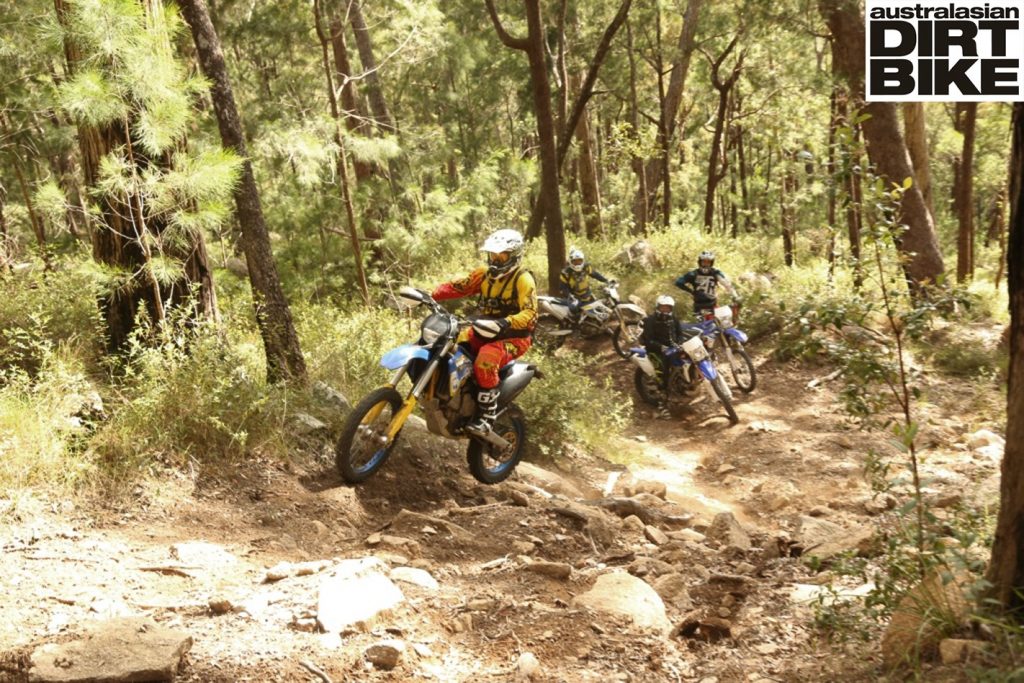 Unfortunately at the high speeds we were doing in that section I slammed into a hole and the front tyre blew out. With under an hour left on our ride we decided it wasn’t worth changing the tube and I meandered back to the car while the rest of the boys headed off on some more singletrail, down an unused railway and to another waterfall. The boys refreshed themselves and headed back to the car.

We had a few days to rest and charge our gear in Cairns, while also taking in the sites of the Great Barrier Reef. We then made our way to Emerald in Central Queensland, where some friends of some friends, Hayley and Ben, took us wakeboarding. Alex and I had never wakeboarded before but with a lifetime of surfing and snowboarding under our belt we were keen to have a go. With the help of Hayley who was a Wakeboard coach, and Ben, who had
no dramas throwing upside down tricks, we were up and riding in no time. We had a crack at wake surfing as well which was just as challenging and just as fun. 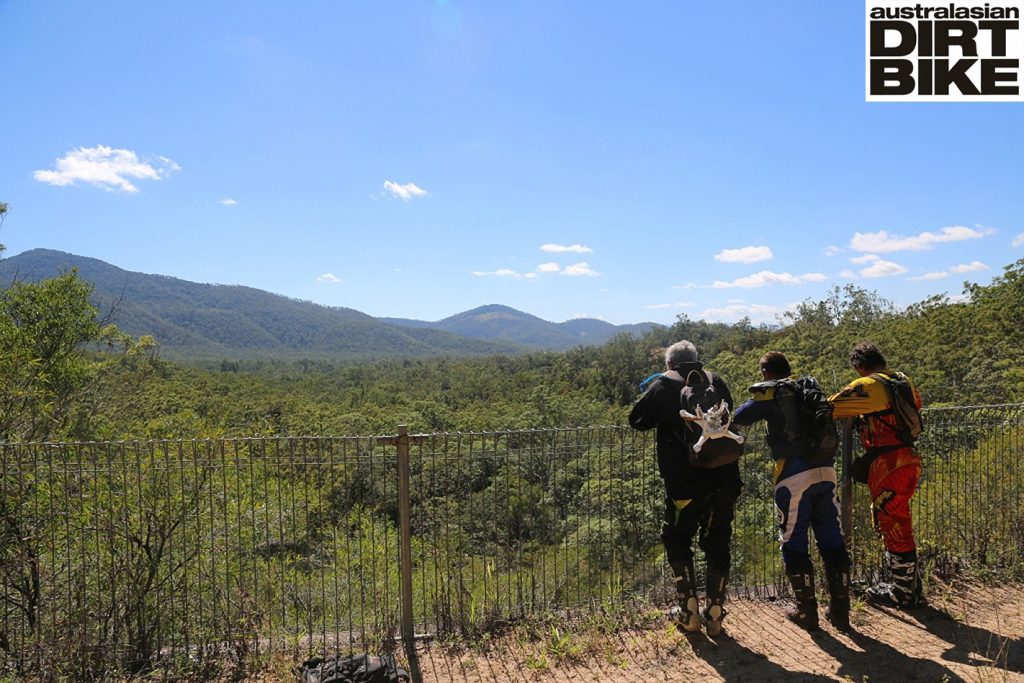 As I write this we are bombing down the inland route to Brisbane where we bid farewell to the Patriot Camper, LandCruiser and two WR250Fs. The last two weeks has been an epic trip riding and driving our way through the sunny state of Queensland. We have been shown incredible generosity and hospitality by our readers. This trip would not have been possible without the help of our readers showing us their local trails and tracks. You opened your homes, trails and local knowledge to a pair of dirtbike mad punks from the land of cockroaches and Mexicans, and for that we say thanks!

I’ve just checked the weather and it’s seven degrees and raining in Melbourne, ADB’s HQ, so I think I’ll devise a plan to produce the biggest dirtbike magazine in Australia from the northern trails in sunny Queensland…

Did the Alta Redshift MXR die to save all electric dirt bikes?

What are The Redmond Files?

Who or what is Redmond and what are his files?