After the exciting and dramatic ninety-third edition in South America, the iconic FIM ISDE returns to Europe for 2019.

The world-renowned Algarve region and the host area of Portimao in southern Portugal will become a Mecca for Enduro enthusiasts next week.

For this year’s race over five hundred professional and amateur competitors from twenty-six nations will take to the start line, pushing themselves to their physical and mechanical limits.

At the head of the field it’s Australia who start this year’s event as defending champions, in both the FIM World Trophy and FIM Women’s World Trophy categories. 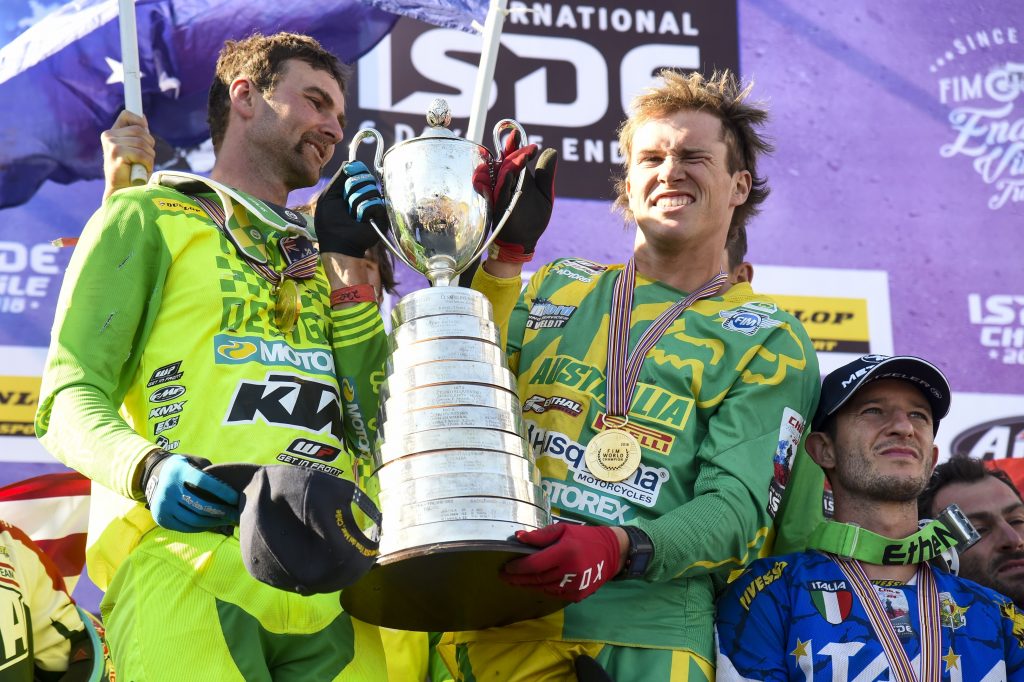 The Senior Trophy Team will be without Daniel Milner this year.

A nation that has risen to the fore of world Enduro in recent years, team Australia will once again prove a formidable threat and the benchmark for all other countries to match.

In 2015 Australia secured their debut FIM World Trophy victory following many years of trying. Finally figuring out the complexities of traditional timecard Enduro, they matched their European counterparts and delivered the goods. Since then they have grown stronger and stronger, pushing the level of Enduro to new heights.

A member of that winning team in 2015, Yamaha’s Josh Green will battle it out for the green and gold in Portimao next week.

“It’s definitely a big moment when you have your helmet painted and you get to put your jersey on for the FIM ISDE,” confirms Green.

“The ISDE is a great way to close off to the racing season. Unfortunately, I had to pull out of the 2018 edition due to conflicting commitments, but I’m really excited for this year.”

Alongside Green, teammate Daniel Sanders will be a rider many expect to excel. Sanders has impressed in the FIM ISDE on numerous occasions, helping Australia to the FIM Junior World Trophy win in 2015 and then again with the FIM World Trophy in Chile last year.

Individually he has topped the Enduro 3 category and will have his sights set on the overall individual victory in Portimao.

Joining Sanders, Green and Luke Styke in Portugal will be none other than four-time FIM Enduro World Champion Matt Phillips.

After a year’s break Phillips becomes a welcomed late addition to the roster. A rider who can certainly rise to the occasion, he is expecting to build into things as the week progresses.

“I am very excited to get the call up after a tough year with injury,” tells Phillips entering his seventh FIM ISDE.

“I would like to think I have a lot to offer the team in experience and can be a great mentor to our younger riders. My riding is improving every day and I want to be a valuable team member on the scoreboard as well.” 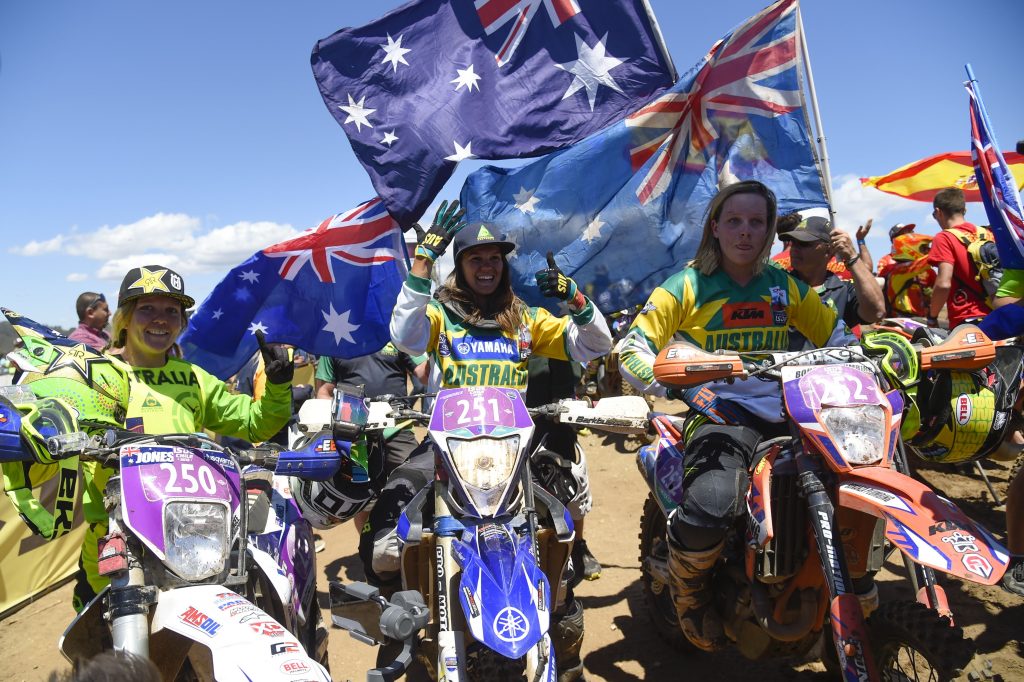 While Australia look to defend their FIM World Trophy title it could be argued that they have almost become accustomed to winning the FIM Women’s World Trophy category.

With a record-breaking sixth consecutive victories under their belt since 2013, they are now chasing a seventh win in Portugal.

In Chile Mackenzie Tricker replaced a retiring Jemma Wilson in the dream team line up and many wondered if their luck would change.

But Tricker answered the call of her nation, helping steer Australia to a commanding nine-minute margin of victory.