Team Australia finished eighth place overall at the 2016 Motocross of Nations held over the weekend at Maggiora, Italy.

Todd Waters represented Australia in the MXGP class. The Suzuki rider had a tough weekend, crashing in both races, recording eighth overall with a 7-14 score card. In a social media post, Waters told his fans: “It was unreal to be back racing in Europe for the Motocross of Nations, I felt so at home racing with everyone again. My speed was not too bad considering being away for a year and crashing in both Moto’s which I’m not happy about. But I had an epic time racing for the green and gold, Aussie Aussie Aussie!”

Mitch Evans received the last-minute phone call to throw on his green and gold and jump on a plane to Italy after MX2 rider Jed Beaton suffered an injured in a practice crash. Evans finished the event with a 35-37 score card.

Team France won the 2016 MXoN title ahead of The Netherlands in second and Team USA third.

Check out the highlights video here 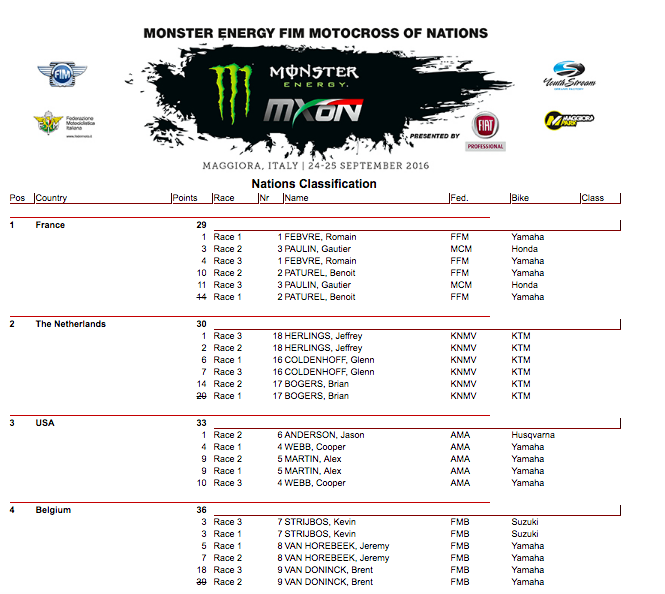 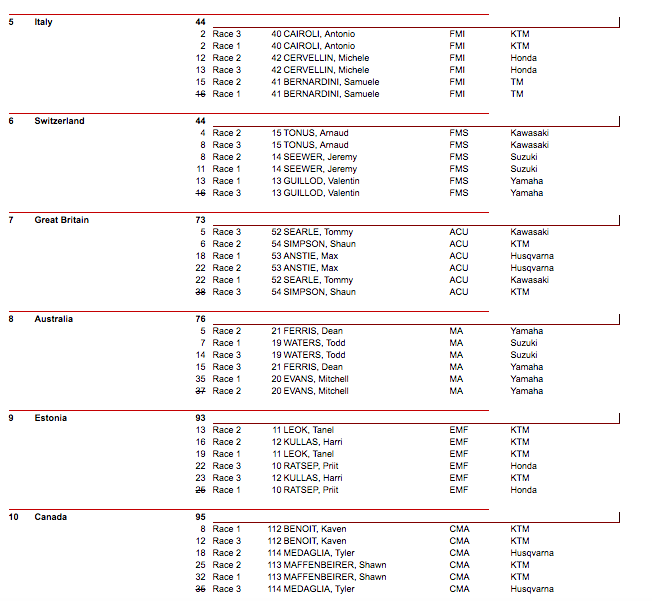 Earlier this week Ryan Dungey announced his retirement from professional racing. This means we won't get to see Dungey race outdoors one last time so here's some classic clips from over the years.

Australian star Troy Batchelor is gutted to see his UK season “cut short through spite” as he faces an uncertain future in Britain following his shock sacking by King’s Lynn on Monday.

With the surprise retirement of Ryan Dungey and the crushing injury of Ken Roczen, the Lucas Oil Pro Motocross 450 class finds itself with an absence of superstars and an opening for a new champion.