Cianciarulo claims second win of the season at Oakland | News

Monster Energy Kawasaki rider Adam Cianciarulo became the first 250SX repeat winner of the 2019 season at Round 4 of the Monster Energy AMA Supercross.

With the win he takes over second place in the 250SX West Region Point Standings, moving up to just three points behind the leader. Monster Energy Kawasaki rider, Eli Tomac, tackled the fast track at Oakland-Alameda Coliseum finishing fourth overall and maintaining a top-3 position in the 450SX Point Standings.

The Monster Energy Kawasaki team looked dominant as the night show began when Tomac lined up for Heat 1 to take the win by 2.85 seconds, while teammate Joey Savatgy followed up with his first 450 heat race win in Heat 2. Tomac was forced to make up positions as he came out of the gate in the 450SX Main Event outside of the top-10. Tomac maneuvered his way to the front throughout the race and was able to secure another top-5 finish in fourth place and stay in the hunt for the championship.

After qualifying third overall on the day, Savatgy continued to show brilliant speed aboard his KX™450 as he grabbed the Heat 2 win and became the first rookie to win a heat race this year. In the 450SX Main Event, Savatgy rocketed off the line and just as he moved into second place looking to grab his first podium finish in a main event this season, but he ran into an issue and had to cut the race short finishing the night in 21st. 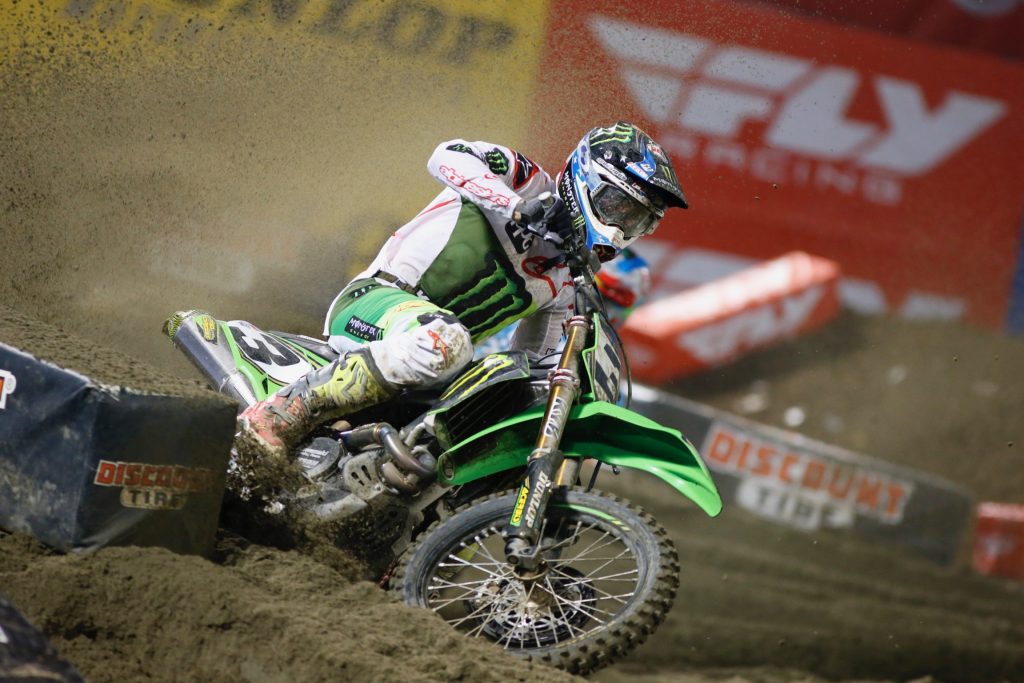 “We’re in a good position, not only in the point standings but also for the season. I’m healthy and consistently finishing in the top 5. I’ll get back to work with the entire Monster Energy Kawasaki crew and continue to improve each week. It’s all a process and I feel good about this season.” – Eli Tomac

“I was feeling good and the bike was great all day. It was so exciting and such a good feeling to win my first heat race in the premier class. I was a little squirrelly off the gate in the main but managed to recover quickly and stay in front. Unfortunately, things happen in racing and stuff like this happens to the best of us. I’m proud of my entire team and we’ll have and just keep grinding.” – Joey Savatgy

As Cianciarulo captured the victory in the 250SX Main Event, the KX™250 became the winningest motorcycle in the 250cc class in Oakland. The Monster Energy/Pro Circuit/Kawasaki team has won in Oakland four times in the last nine years. 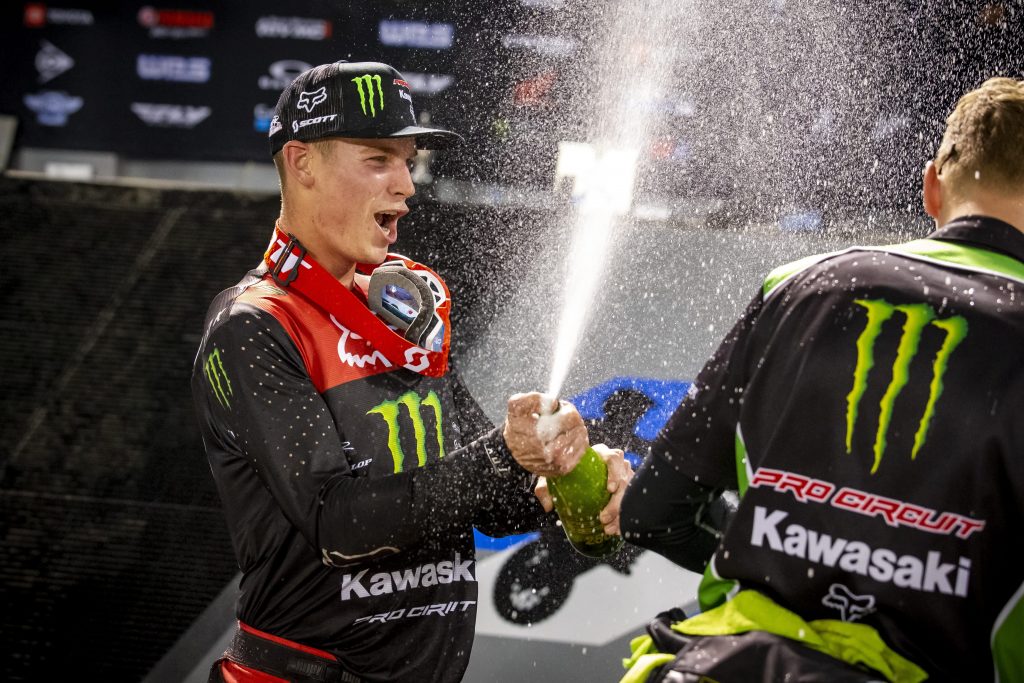 Garrett Marchbanks bounced back from a rough week in Anaheim as he showed incredible improvement qualifying and finishing in the top-10 for the night. In 250SX Heat 2, Marchbanks looked like anything but a “rookie” as he finished seventh, just four positions behind his teammate Cianciarulo. Marchbanks continued the success in the 250SX Main Event securing eighth overall.

“We got it done tonight and it feels so good. I wasn’t feeling the best throughout the day, but I was able to turn it around for the main and make it a solid night. I’m so grateful and proud of the entire Monster Energy/Pro Circuit/Kawasaki team and we’re all looking forward to keeping this momentum going.” – Adam Cianciarulo

“I’m happy to return to my goal of finishing in the top 10. Last week was a tough one so the team and I knew we needed a good comeback this week. I’ve put in a lot of work this week and continue to improve. I’m learning a lot and continue to apply that each week. We’re looking forward to San Diego!” – Garrett Marchbanks