Steve Riley has the runs on the board when it comes to long distance off-road events starting with a privateer entry in the 1985 Australasian Safari which he went on to contest another eleven times.

His Safari scorecard reads six-second places and one DNF on bikes and three wins in a car. He also has a pair of wins at the Condobolin 750, some A4DE trophies and an NZ Hill Climb Title in a Hayabusa powered 4×4 buggy. Steve has gone over to the Dark Side well and truly now giving up two-wheels in favour of four to contest the 2019 Dakar in a home built Holden VE ute he put together in his farm shed. What can be more Aussie than that?

Steve got the Dakar bug after spectating with Geoff Ohlholm in 2010 and then returning as Ohlholm’s co-driver in 2011 and then again with the Isuzu Team in 2013 so he is not going into things without a fair bit of experience. He has put together his own team and car to fly the flag in 2019 built around a VE Holden ute that has had a lot of modifications due to Steve’s knowledge of what’s required and his vast mechanical ability. Like most farmers, he is very good at fabricating and transforming ideas into metal. He has also had the help of some friends with specialised skills that have been involved with the project from the beginning.

Whilst nominally a Holden you’d only have a short list of parts that are factory original apart from the overall appearance or silhouette. The doors, A frame and roof are about the only bits that ever saw the inside of the Holden factory. It’s built around a monocoque space frame with a 6 litre V8 putting power out through a six-speed Hollinger sequential gearbox driving all four wheels through a transfer case. Building the car has been a two year project starting in 2013 with some test runs in local events to sort out what’s likely to go wrong. This car is the second one built, the first having been sold. The Riley Holden runs in the T1 or Outright class at Dakar so Steve and his co-driver Trevor Hanks, a long time mate, will be up against the big boys and the big money.

Such an exercise as a Dakar entry is not cheap and Riley has sponsorship from SMS who is a Western Australian company specialising in the renting of mining equipment as well as support from a Chinese company, GT Tyres, who he is doing some tyre development work for. SG Offroad, a 4WD workshop and accessories shop is also offering support. The Dakar is an expensive undertaking, more so for an Australian entry as no assistance is given with shipping that the European entries receive. As well as the car a Dakar attempt requires a support vehicle and crew and Riley and Hanks have a team of three mechanics Ian Wilson, Milton Hill and Troy McAinch and school teacher Paul Borg who looks after the administration, press releases, logistics and anything else that crops up.

The car has been run in the 2016 Finke to a second in class despite starting late as Hanks had to return to town from the start line, in the race car, to retrieve his forgotten helmet. He got booked for speeding on the way back, that’s why he was late with Riley standing on the start line wondering where his car was. It was also entered in the Silk Way Rally in China but the event was cancelled while the car was at sea on the way to South Korea. That’s when the decision was made to run in the Dakar. The car returned to Australia and the container was unpacked, some more testing done and sand driving was practised in the dunes of Western Australia on the Great Australian Bight at Bremer Bay. It was then repacked and sent off to Peru, the very first Holden ever to compete at Dakar.

Riley and co-driver Trevor Hanks are one stage into the Dakar Rally and holding down 70th in the car category with nine days more to do. 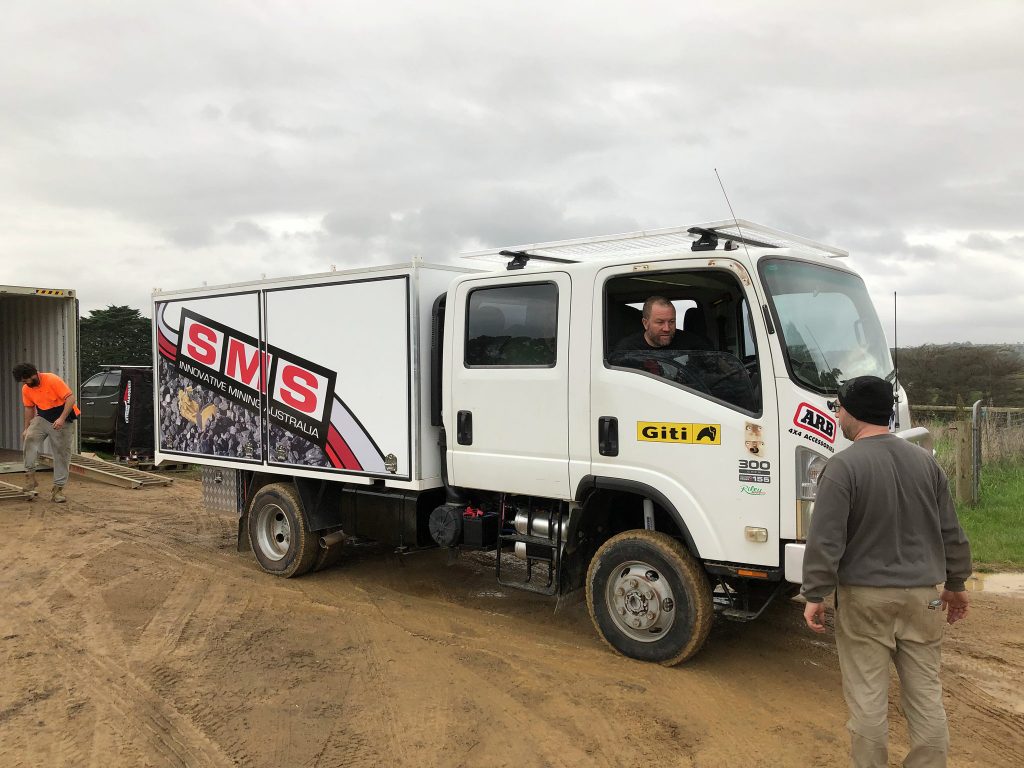 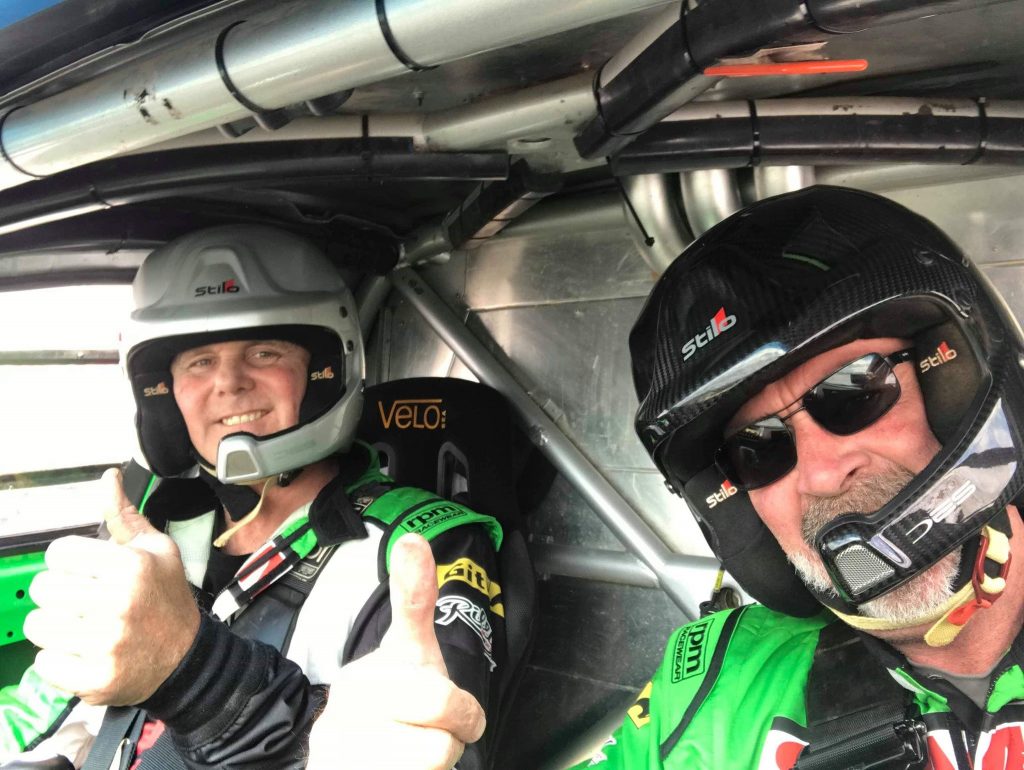 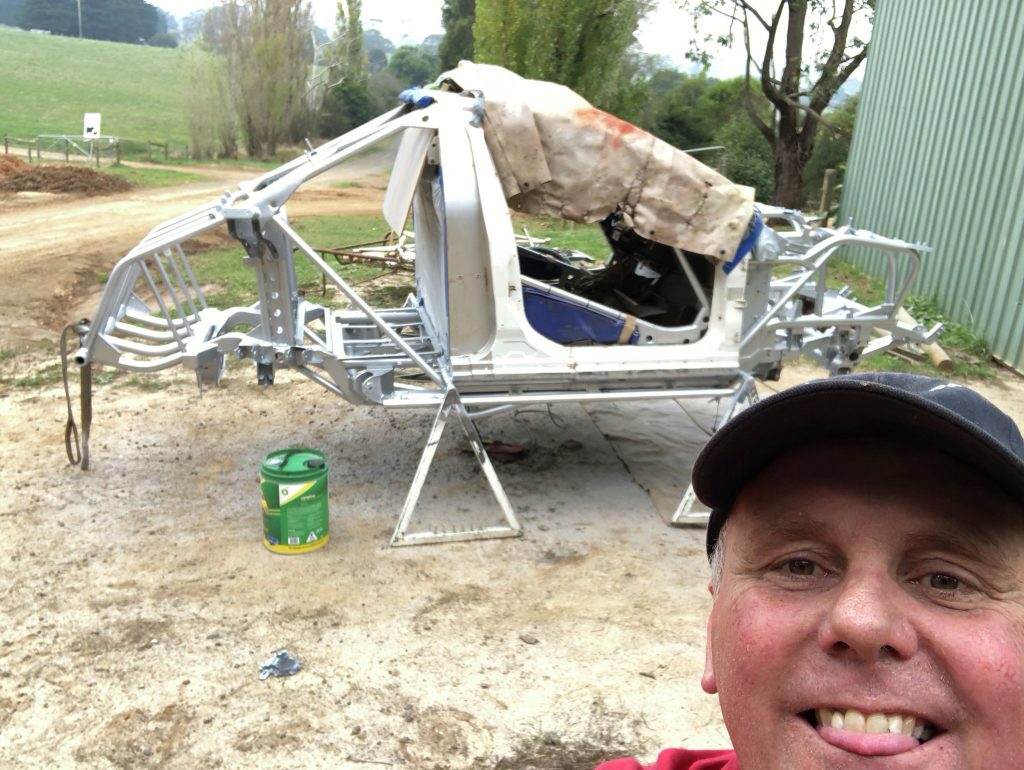 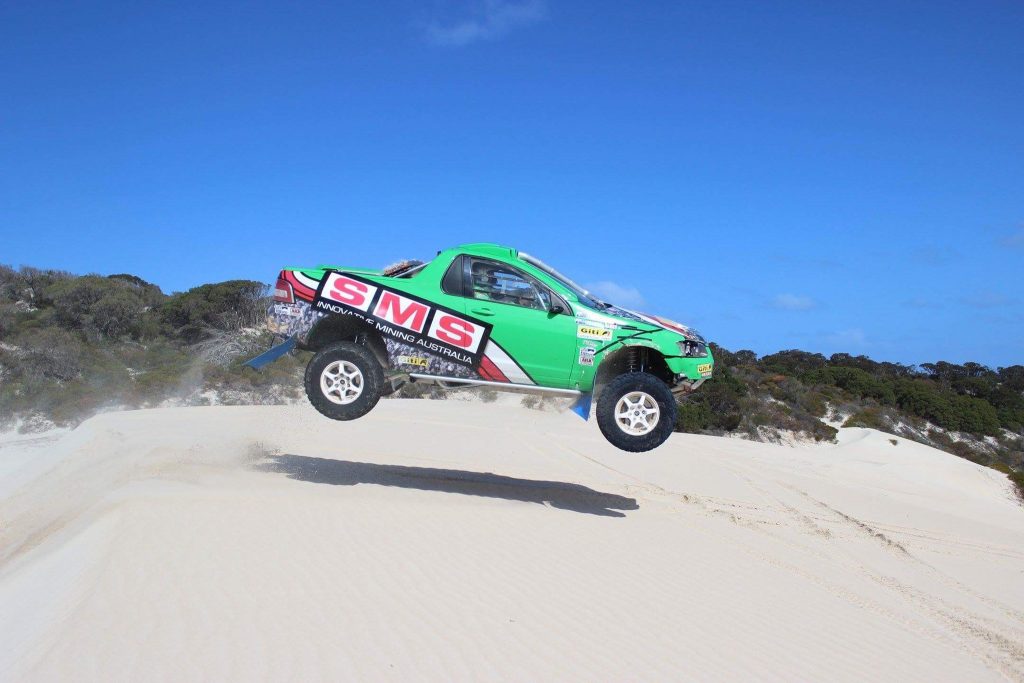 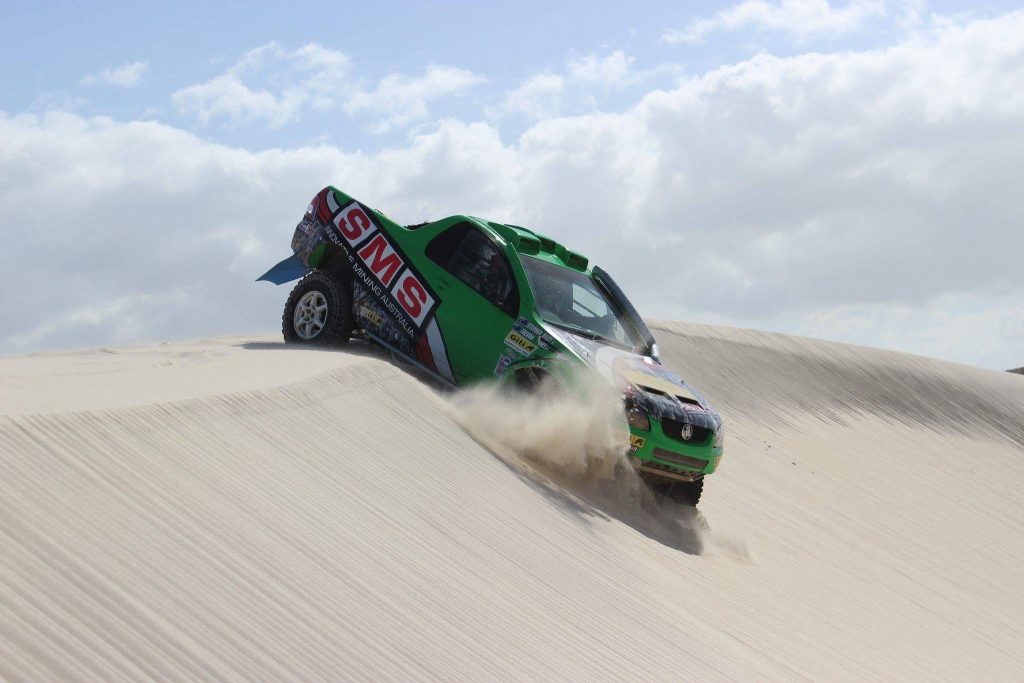 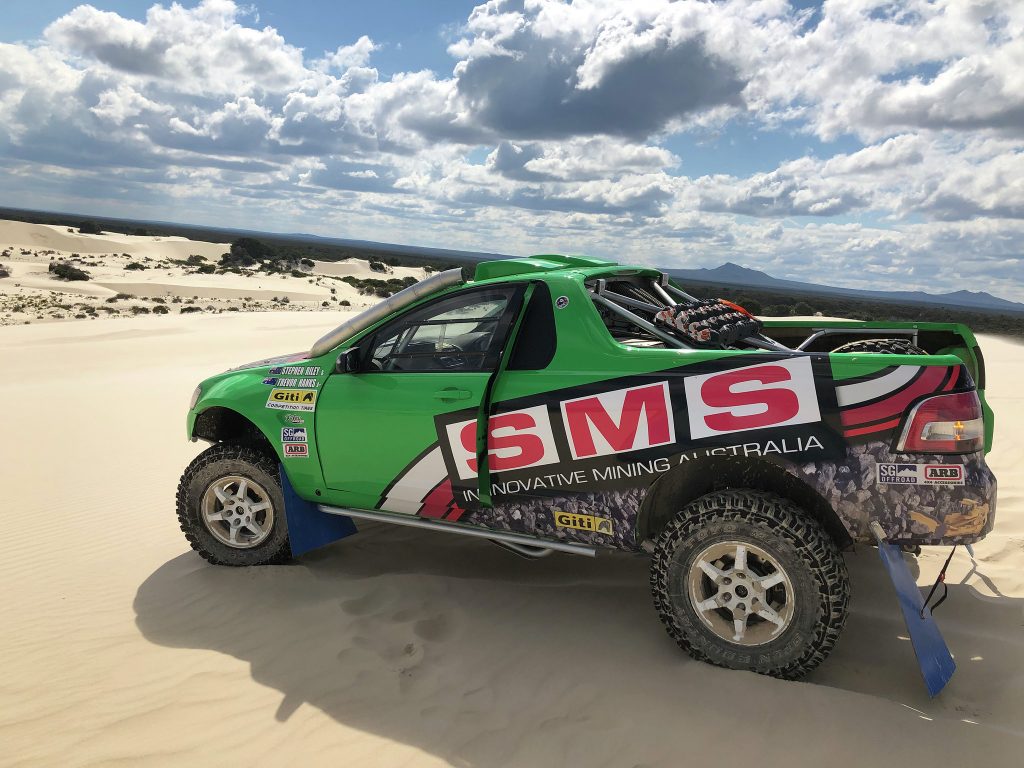 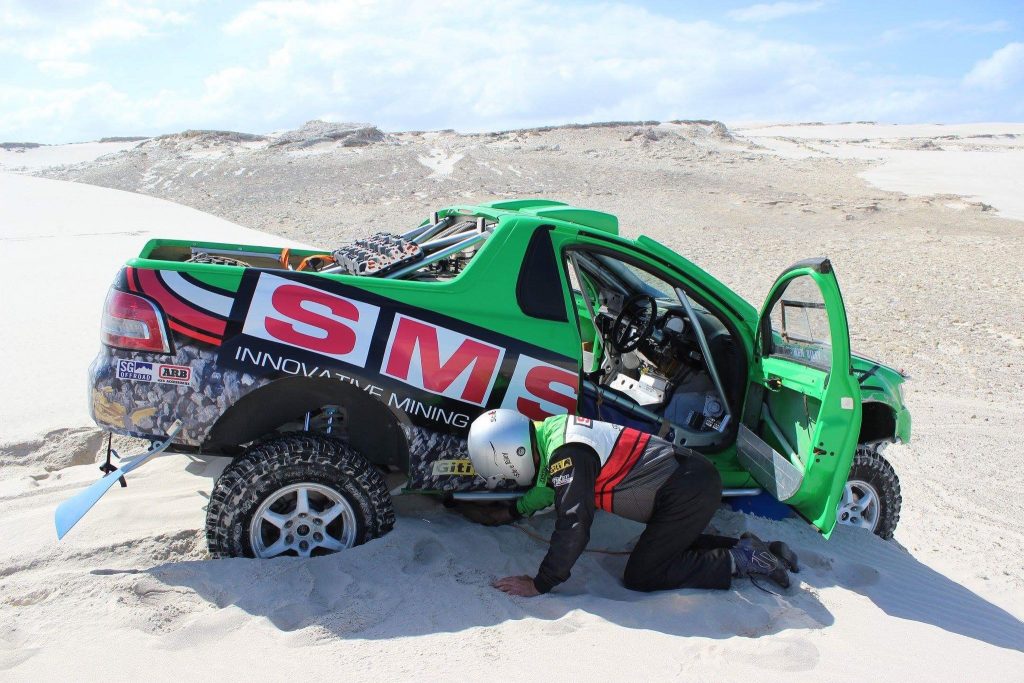 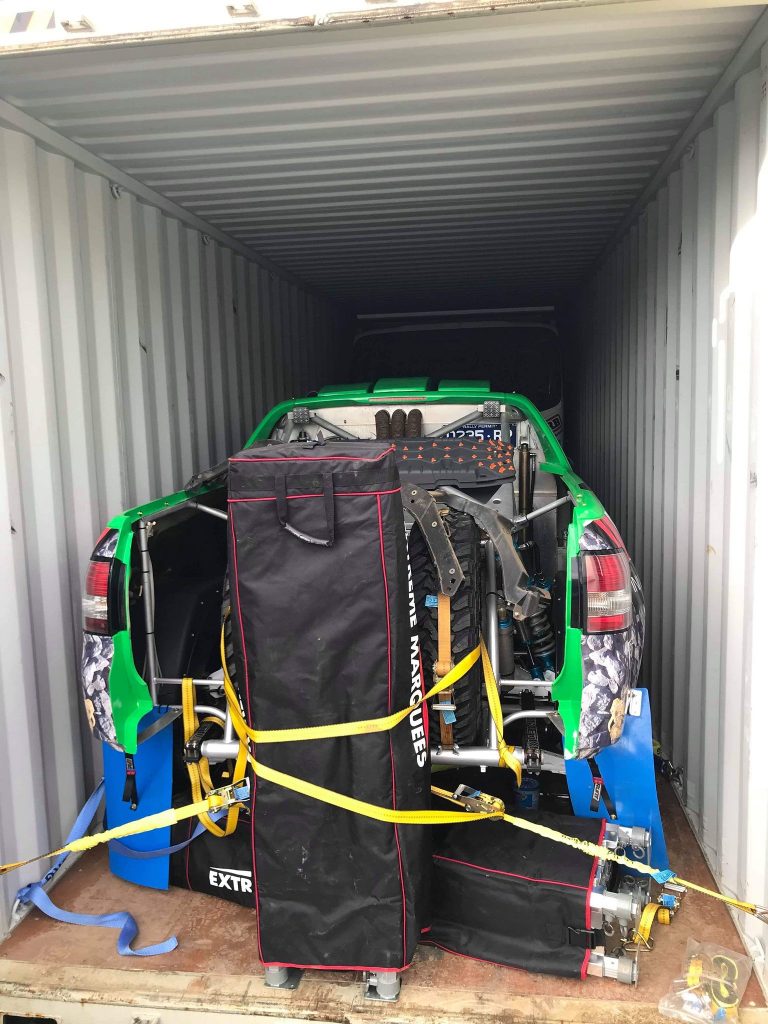 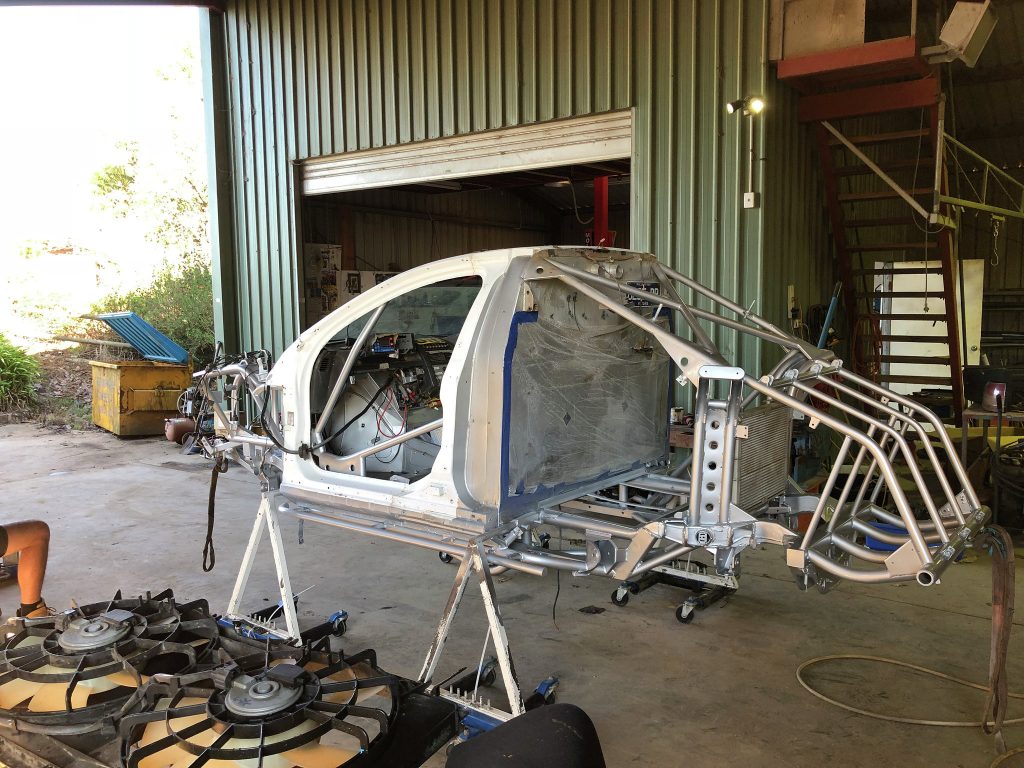 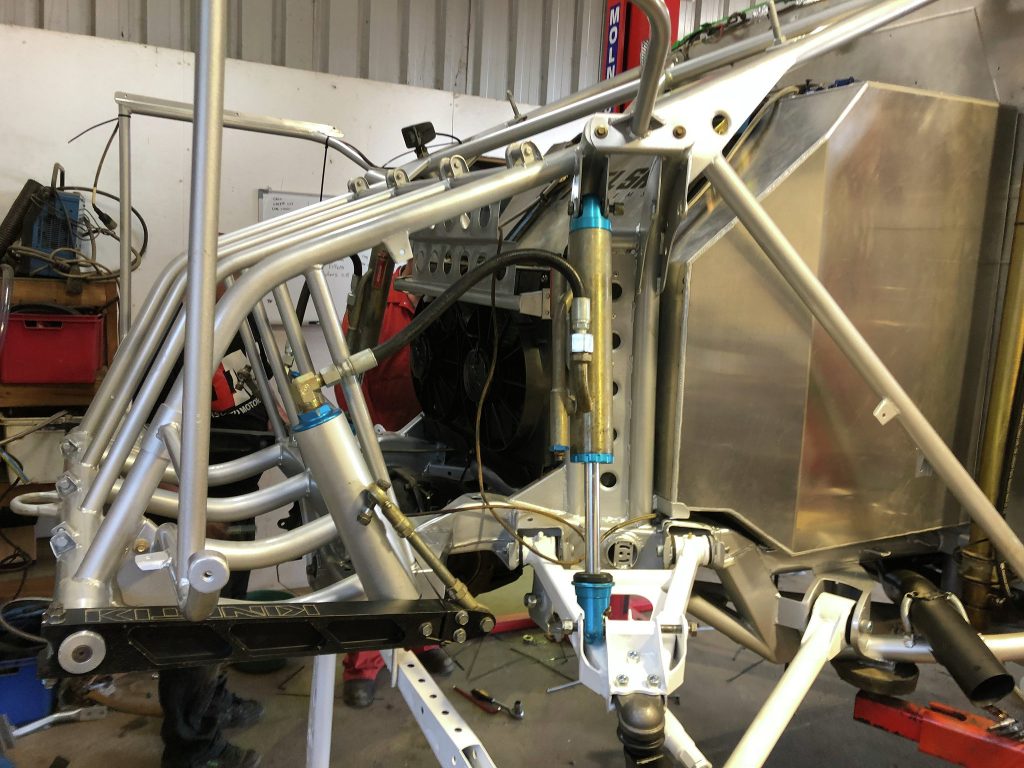