Milner will pilot the brand new 2020 KTM 450 EXC-F as he defends his AORC E2 crown captured last season, in what will be his fourth-straight season with the factory KTM organisation.

The highly-successful 28-year-old is eager to return to racing after a lengthy off-season, while a positive round of recent testing has strengthened his confidence ahead of the AORC series-opener this month.

“I’m very excited for this season, being my fourth year with the KTM Enduro Racing Team and we’re obviously on the new 2020 model this year,” said Milner. “It’s a bit of a change this year from the previous bike, but I’ll still be on the KTM 450 EXC-F and I am confident in the package we have put together for the new season. I’m ready to go racing, we’ve done a lot of testing over the summer, and it’s been good for me because I didn’t go to the International Six Days Enduro [ISDE] last year. Having that time off has fired me up – the pre-season that we’ve had has been a boost of confidence, that’s for sure.”

New to the KTM Enduro Racing Team, 18-year-old Semmens will transition from motocross to make a full-time switch to off-road this year, where he’ll be equipped with the 2020 KTM 250 SX-F in the E1 category.

The Victorian has participated in a mixture of enduro events in recent years, displaying his potential alongside an impressive haul of motocross and Hattah Desert Race results, including the Under 19s victory last year.

“Coming from motocross to enduro and getting the opportunity to join the KTM Enduro Racing Team is really exciting – it’s going to be a massive learning year for me in the AORC and also the A4DE,” said Semmens. “I have done quite a few off-road races before and have always raced Hattah, so it’s not completely new to me, but it will be an important year in my career and I am grateful for the opportunity. It’s definitely positive to be teamed up with Daniel Milner – one of the best in the world – and to learn from him, it couldn’t be better situation for me.” 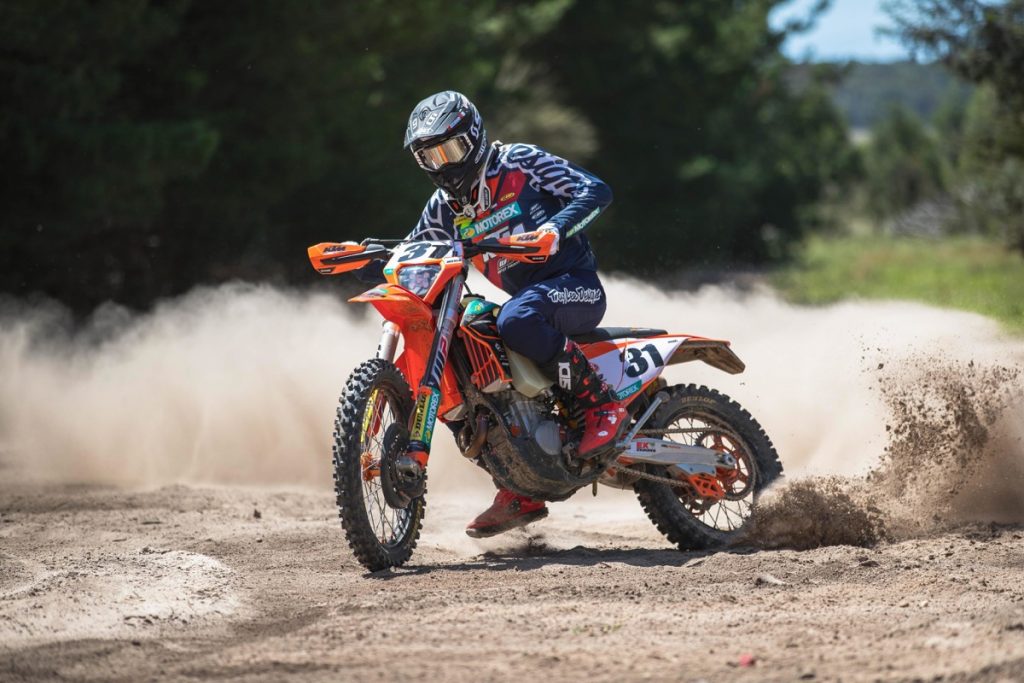 Both Milner and Semmens will also compete in the Australian Four-Day Enduro (A4DE) and Hattah Desert Race with the KTM Enduro Racing Team in addition to their AORC commitments.

The opening rounds of the 2020 Australian Off-Road Championship will commence this month between 22-23 February at Toowoomba in Queensland.

Scott Keegan – Team Coordinator, KTM Enduro Racing Team: “I’m super-happy to be involved with the KTM Enduro Racing Team and to work with KTM Group this season. We’ve done a lot of testing with the new models and both of the boys are happy with their settings – they’re in a really good spot leading into 2020. Milner has obviously been around for a while now and knows how it all works, while Mason is the complete opposite, so it’s going to be learning year for him. He can latch onto Milner and see how it all works, so he really couldn’t have a better person to be chasing around during the week. We are excited for the season to begin in Toowoomba.”