Hometown hero David Walsh has delivered a spectacular first-career Finke Desert Race victory after more than a decade of trying, successfully defending the crown for KTM.

Walsh dominated Saturday’s prologue to secure pole position, prior to setting the pace from Alice Springs to Finke on Sunday. He held a buffer of five minutes overnight and managed to maintain that advantage on return today, concluding the mammoth 460-kilometre journey in a total time of 3h56m01s.

Making Walsh’s result all the more remarkable is the fact that this was his 12th attempt, his unrelenting desire to taste victory finally realised as part of the all-conquering North Star Pastoral KTM Desert Racing Team. His outright victory also saw him credited with top honours in Class 2.

“I’m just completely blown away and I’m over the moon with getting my first win here at Finke,” said Walsh. “It’s truly a credit to the North Star Pastoral KTM Desert Racing Team, because without those guys, I wouldn’t be here. They work around the clock and it’s like a big family – I can’t thank them enough for their efforts. Getting down to Finke with a five-minute lead made it easier for me, I knew I could probably get through the rough stuff a bit easier coming home, and that’s what I did. I’m so happy to finally get it after the 12 years that I’ve been trying and it’s an amazing feeling.” 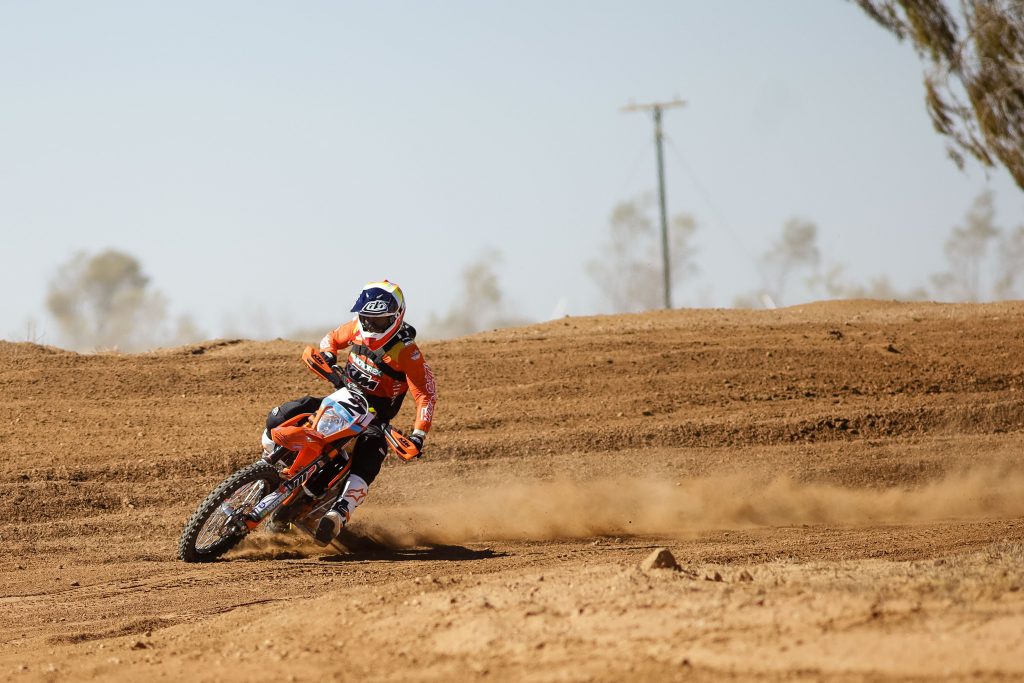 Victorian teenager Callum Norton put in the ride of his life on debut with the North Star Pastoral KTM Desert Racing Team after enduring a significant fall upon return to Alice Springs, finishing in an inspired fifth position.

The 18-year-old prologued in P13, however, he made quick work of the field during Sunday’s opening day of racing, making a number of passes aboard the KTM 450 EXC-F in the early stages to arrive at Finke in fourth place.

Misfortune would strike Norton on return as he came unstuck just kilometres out of Finke, however in a gritty and gutsy display of riding, he pushed through severe pain, climbing his way back through the field to cross the line in a commendable fifth, granting him runner-up honours in Class 5. 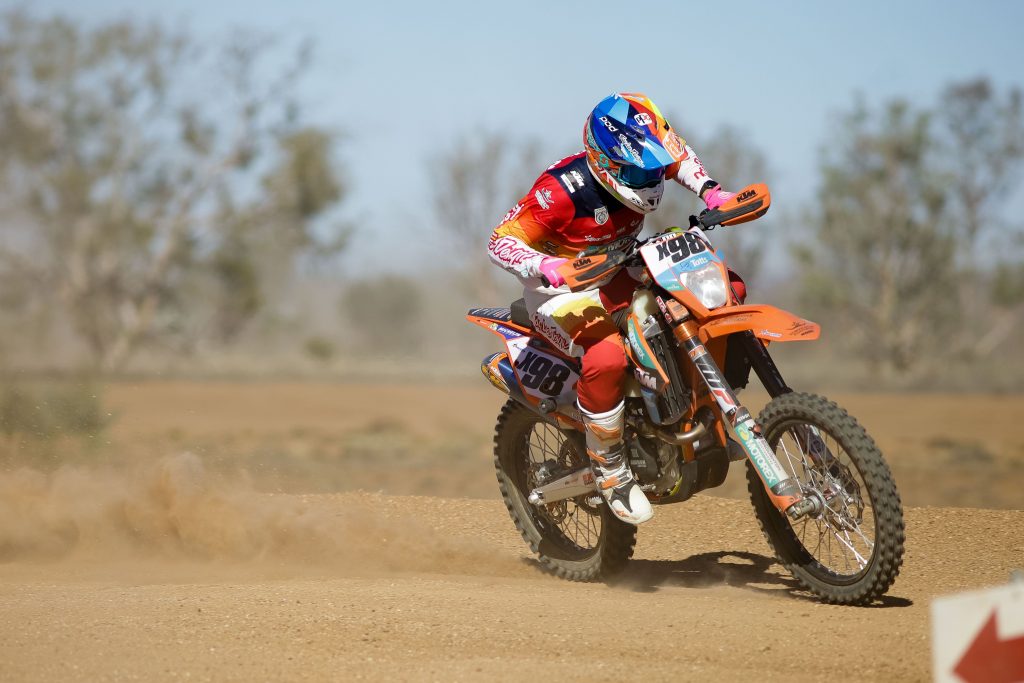 Glenn Kearney – Motorsport Manager, KTM Australia: “I’m stoked for the whole North Star Pastoral KTM Desert Racing Team, especially David – he’s been at it for a long time and there’s always something that seems to get in the way, so it’s a pretty emotional victory for him. The whole team was behind him and he did it quite convincingly. It could’ve been quite easy for Callum to give up down there after a big spill, knowing he had a gruelling 220 kilometres ahead of him, but he managed to come back through and make his way to fifth. It shows what he’s made of and I think the kid has a big future with KTM. The team this week featured 28 staff members who all come from within the brand, so it’s a big crew that comes together to make it happen. To have Callum show true grit and determination and Walshy earn the win, it’s definitely rewarding.”

Callum Norton – KTM 450 EXC-F: “A silly crash just two or three minutes out of Finke cost me this weekend and bit me hard, everything was hurting pretty bad, so I just had a breather there before getting going again. Straight away I thought it was over, but once I got to the next stop the boys told me I wasn’t too far behind, so that gave me a boost. I just kept pushing on, started seeing dust and every time I saw dust, I got excited again. I was sore as hell, but I just kept pushing to get it home so I could rest up. I crossed the line fifth, which was good. I’m pretty happy with it, considering what happened.”