Dougie Lampkin has successfully pulled off one of the biggest challenges of his career, riding an entire lap of the 60km Isle of Man TT course on just one wheel.

Setting off from the iconic grandstand in the town of Douglas, the 12 times World Trials champion Lampkin battled strong winds, traffic (the roads remained open during the attempt) and the sharp rises and falls of the TT circuit to lap the course in 1h35m, with the whole feat shown live on Red Bull TV.

“It feels fantastic,” said an emotional Lampkin as he arrived at the end of the course. “The last 15 seconds were really lovely. The rest of it was a challenge. It wasn’t over until a couple of metres from the end but that last couple of metres was just amazing.” 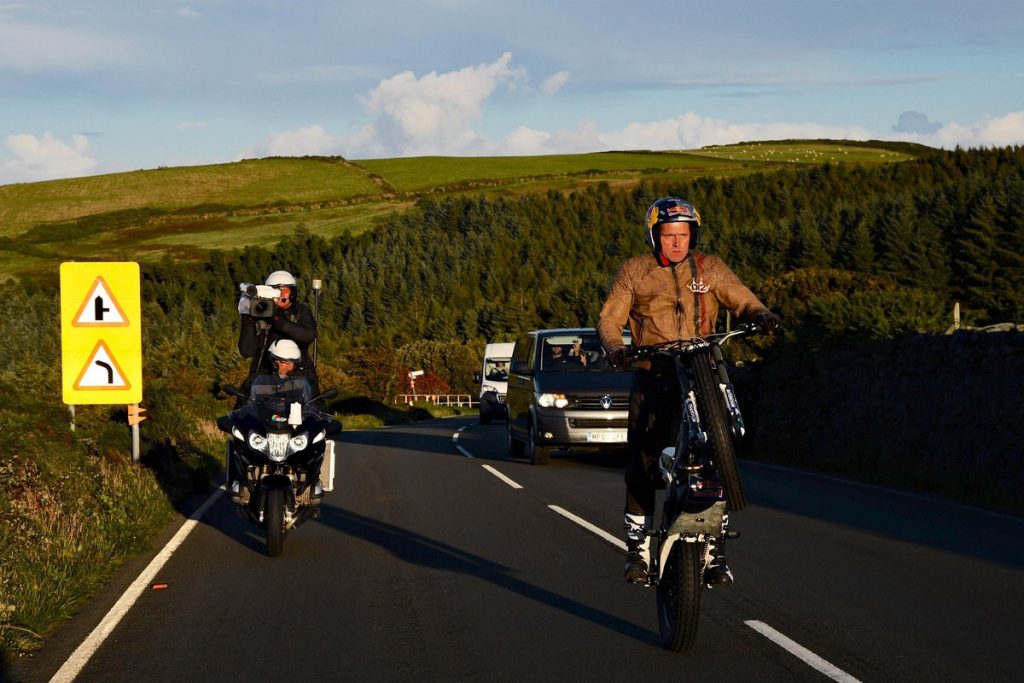 Dougie Lampkin of England during his attempt to wheelie the entire Snaefell Mountain Course on September 25, 2016 in Douglas, Isle of Man.