Jay Wilson returned to form at round three of the Australian Supercross Championship but a fall in the final moto left him disappointed but determined to fight back at the coming rounds.

The opening two rounds of the championship had seen Wilson consistent but not at race winning speed but that was quickly put aside at Wollongong on the weekend where Wilson fired the first shot of the night in SX2 (250cc), taking a heat race win and getting the all-important first choice of the start gate as the 20 rider field assembled for the first of the three main events on the night.

Wilson made full use of his gate choice and rocketed into turn one on his YZ250F and led as they charged down the grass section on the tricky Wollongong circuit. From there he fought off challenges from the US based riders behind him to go on and record a confidence boosting win for the defending champ.

Race two and again he was back in the action and holding down a top five spot in a fast moving pack at the top of the field. He was able to move to fourth by race end and his 1-4 results in the first two events had him just one point of the overall leader for the night, Chris Blose, making for an intense back drop for the final moto.

Again he was well- placed heading into the tight second turn when he was hit from behind and spinning him around and hitting the turf while the rest of the field sped away. He remounted quickly and began to work his way though the field where he was then involved in another crash that damaged his bike and he was left to limp home in 19th place. 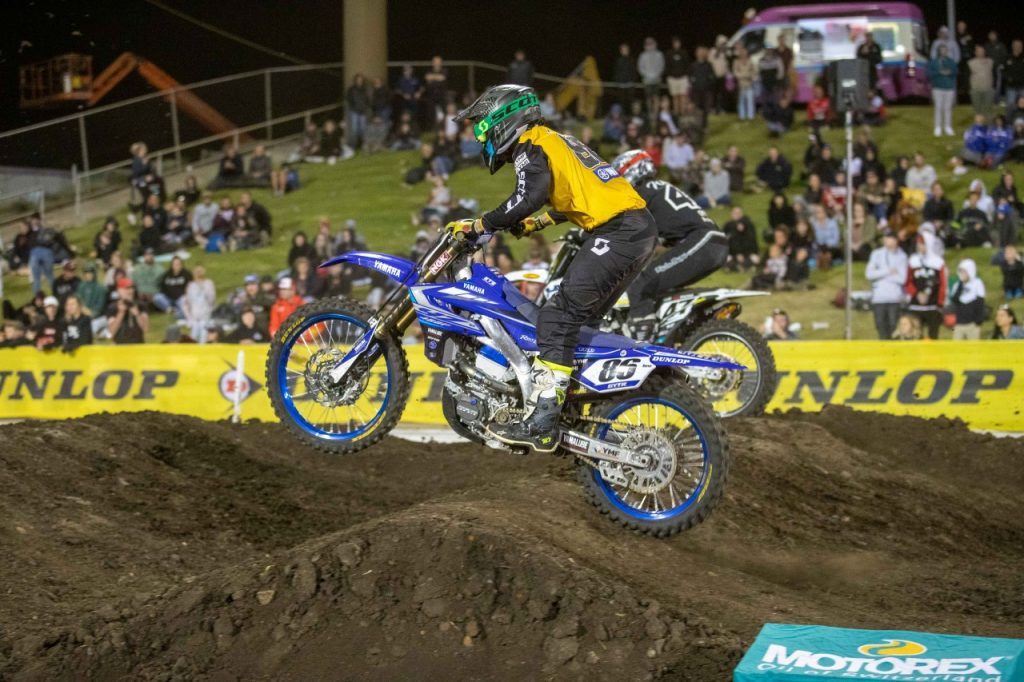 His 1-4-19 results gave him sixth for the night and maintains his fifth place in the SX2 standings after round three.

“I guess I can look at it two ways. I can be angry about the crash and get upset or I can take the position that my speed was good, I was back winning races and only a crash that was beyond my control affected my result. And that’s the one I think is most important.

“It felt good to be back up the front again and winning races. My heat was good and then so were the first two main races.

“I did some damage to the bike but I’m doing ok and now really looking forward to building on my performance from the weekend and taking another step in Auckland this weekend. There is still plenty of racing to come and I don’t believe the 2019 championship is out of reach,” Wilson ends.

It was a night of frustration for team mate Richie Evans who spent plenty of time taking close inspections of the soil at WIN Stadium in Wollongong. Evans qualified well and was also in a good position in his heat race before crashing in the final laps and having to go to the Last Change Qualifier. Even in the LCQ, he made it hard work for himself by falling in the early stages.

But once in the main he was able to battle on despite the bad gate positions. He finished 11-9 in the first two races and looking for a top five finish in the final leg, but he fell again and damaged his bike leaving his stranded well down the field. 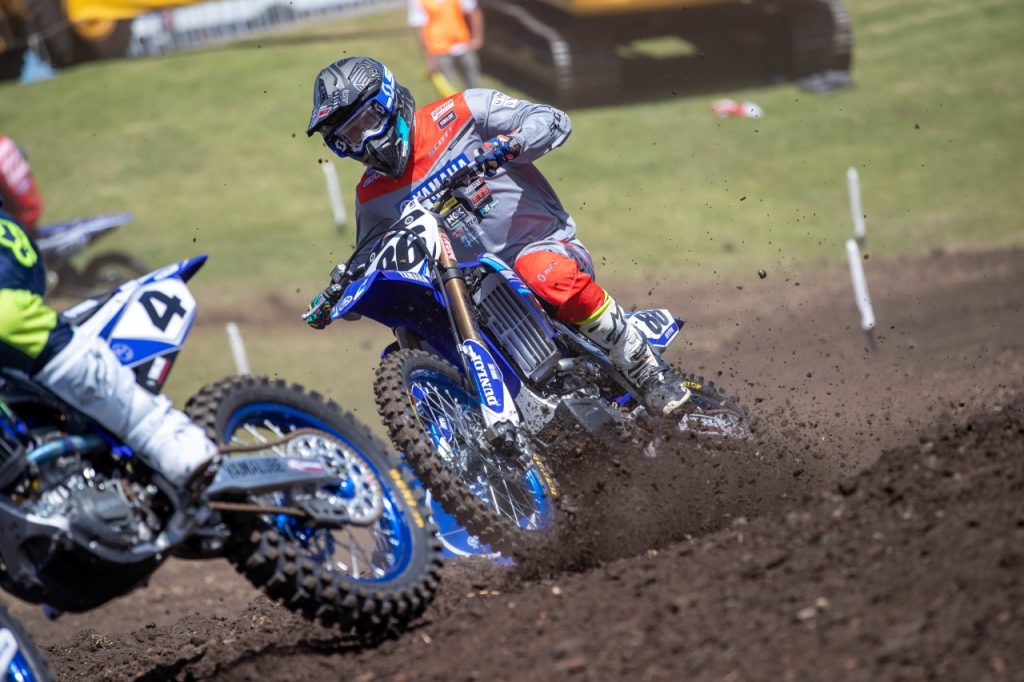 His 11-9-17 results netted him 11th for the night and now sees him sit seventh in the SX1 championship.

“It was just an ugly night for me all round,” Evans laments. “The harder I tried, the worst it got for me and I was just riding around so frustrated.

“I guess the one thing I did take from it was the importance of qualifying well in this format. Getting a good result in the heat races gives you an early pick of the start gate and starting position is so important in a short, eight lap race.

“I’m a bit sore after the night but will be fit and ready to go next weekend and get back on track and keep chasing a top five in the championship,” Evans ends.

The team will head over to NZ on Thursday for round four of the championship at Auckland’s Mt Smart Stadium.