Honda has released the 2018 Honda CRF250R boasting electric start as standard and extensive improvements to the power, handling characteristics of the quarter-liter machine.

The new DOHC engine gives the 2018 Honda CRF250R a 9% power increase with its over-square bore and stroke, bigger valves and revised inlet/exhaust setup makes a hefty 4kW more power up top, for far longer, with extended over-rev and higher redline. Out of the gate, and lap after lap, the 18YM CRF250R is built to pull out an advantage and cut lap times.

The CRF250R’s new fully mass-centralised chassis – identical to the current 18YM CRF450R – can put the extra power to effective use, its geometry and lower centre of gravity drive the rear tyre into the ground harder. This redesign will ensure the CRF250R achieves outstanding hole shot start acceleration and much greater engine performance. 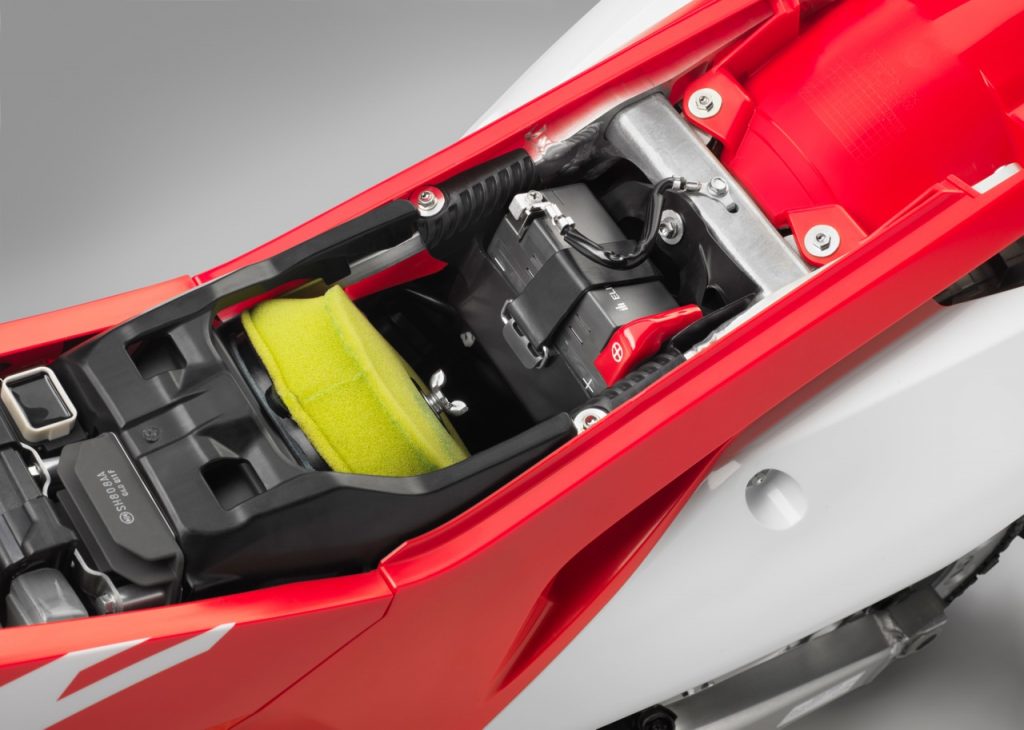 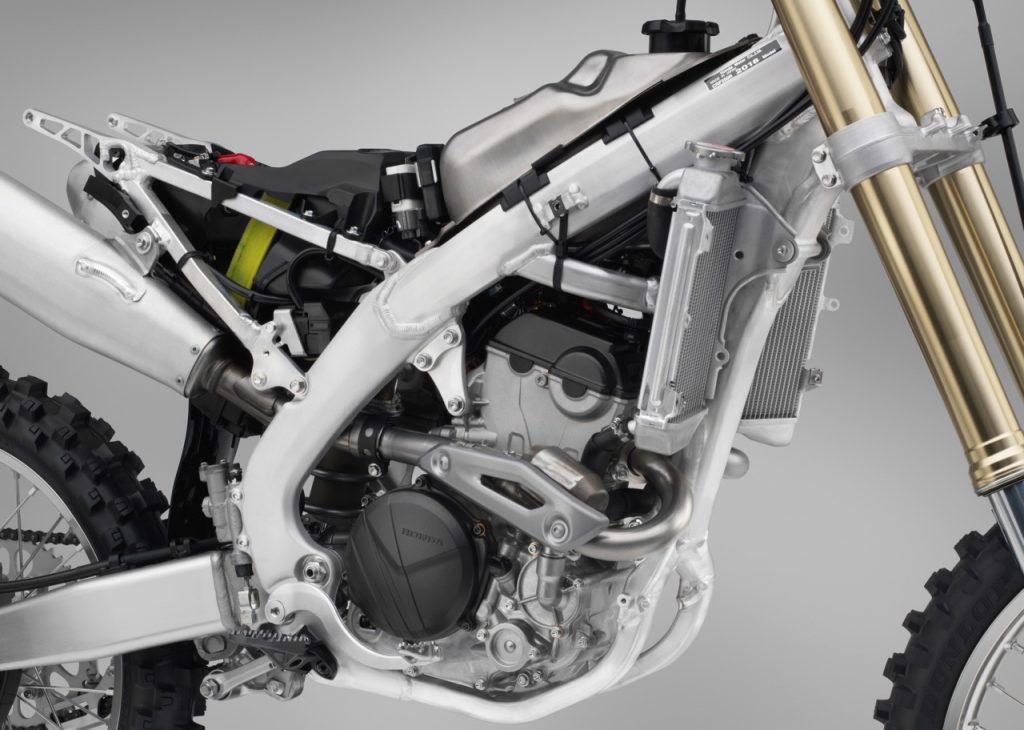 ENGINE
The 18YM CRF250R DOHC engine is a clean sheet design and has been built with the focus on top-end power for acceleration and drive, plus improved over-rev corner-to-corner. The revised bore and stroke of 79 x 50.9mm, is a much more ‘over square’ layout, to allow the use of larger titanium valves. The inlet valves are fed – via PGM-FI with 46mm throttle bore – by symmetrical straight-shot downdraft intakes, which are shorter for improved high rpm snap. The new engine features twin exhaust ports, each of which has its own exhaust down pipe.

Compression ratio goes up slightly from 13.8:1 to 13.9:1 but the piston shape is now a Bridged Box design – the first on a Honda MX machine. Incorporated into the CRF250R’s new engine is an electric starter motor, replacing the kick-starter. Lithium-ion battery is compact and weighs just 0.65kg. Engine weight with the electric starter added is increased by just 1kg. A scavenge oil pump system reduces friction and ‘pumping’ losses at high rpm, by discharging oil and air in the crankcase and maintaining negative pressure.

The engine stop switch and Engine Mode Select Button (EMSB) are incorporated into a small housing on the left side of the handlebar. Three maps are available to suit riding conditions and rider preference: Mode 1 (Standard), Mode 2 (Smooth) and Mode 3 (Aggressive). A small indicator light displays Mode selected. 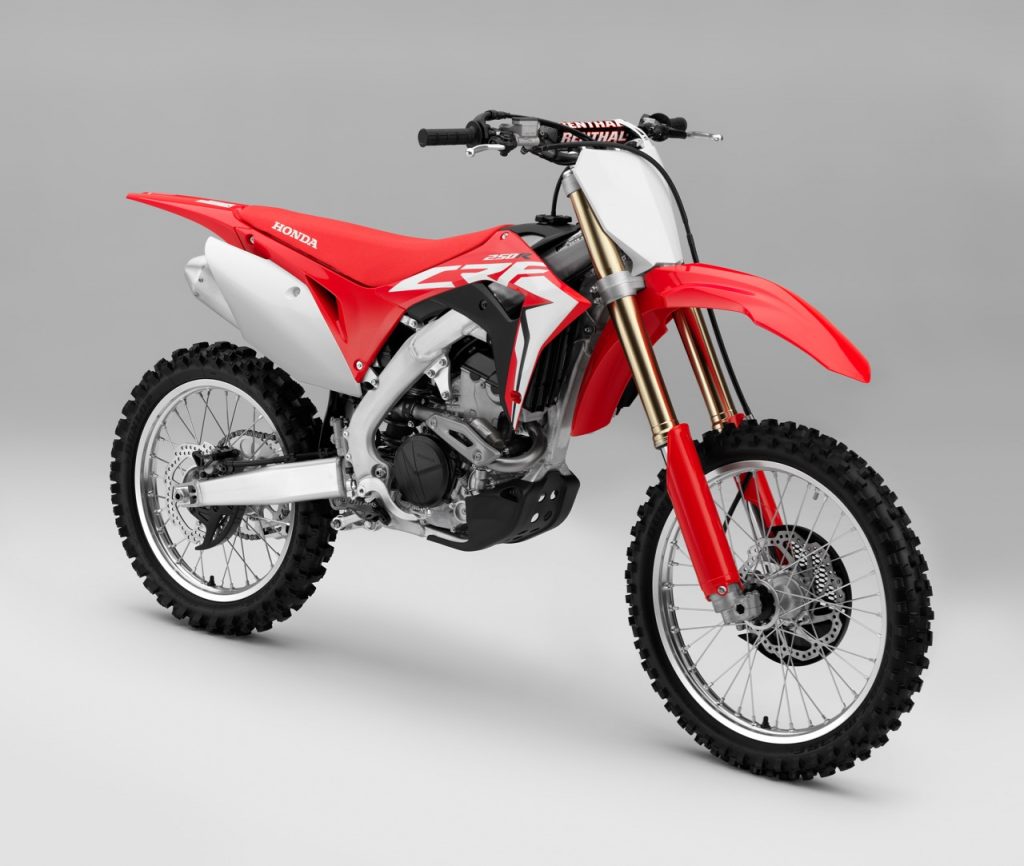 The 18YM CRF250R employs the same frame and suspension setup as the current CRF450R, with the same basic aims; connect the rider to the terrain with superlative feedback and gain rear wheel grip and drive through a rearward shift in weight bias, tied to a lower centre of gravity.

The seventh-generation aluminium beam frame features tapered main spars with a carefully tuned balance between rigidity and flexibility, designed to deliver front-end stability plus a direct feel for traction. 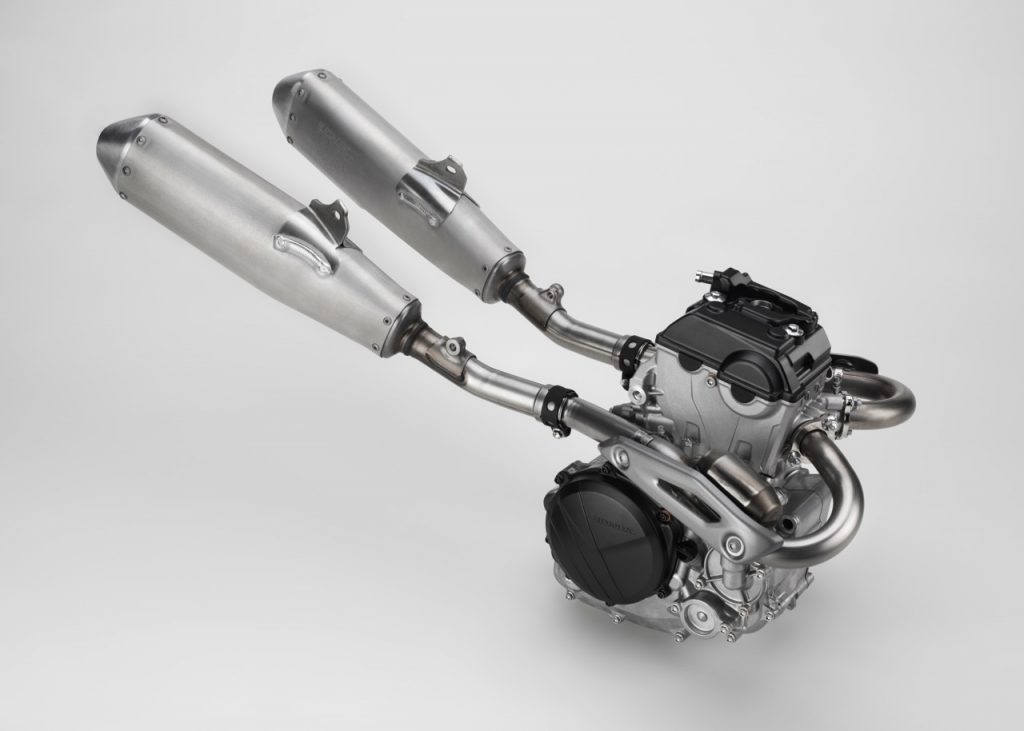 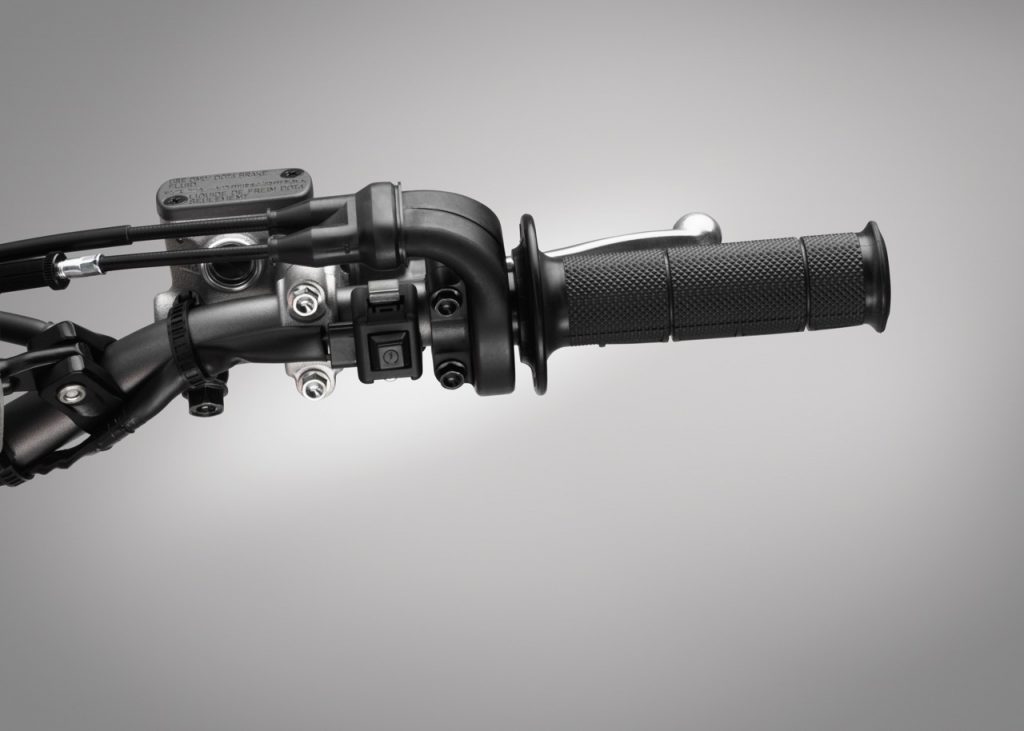 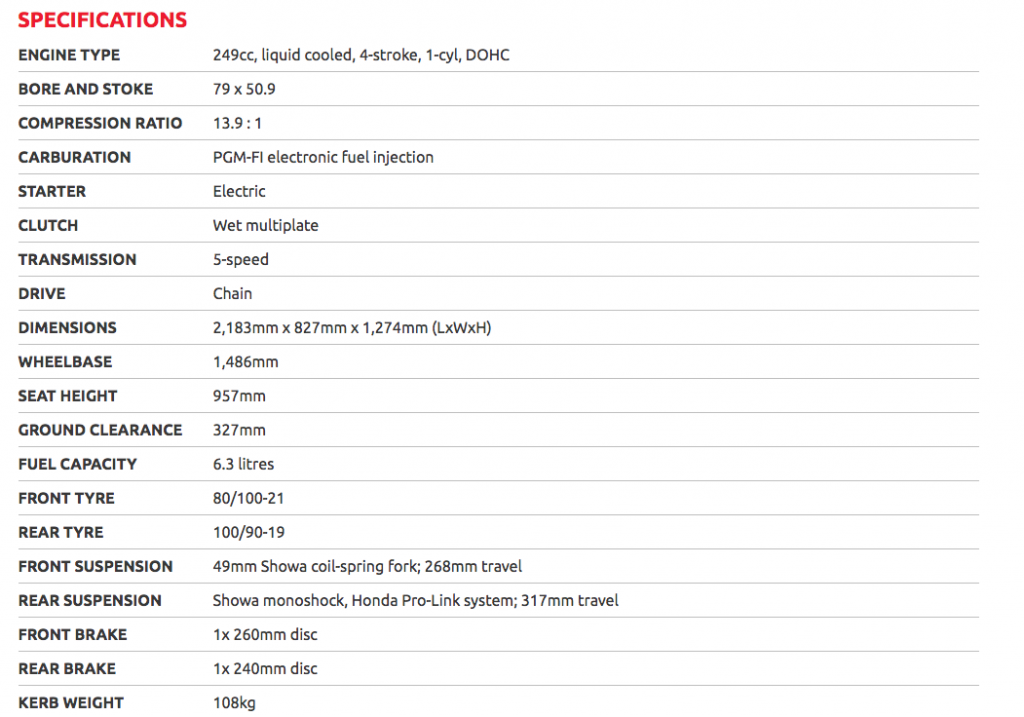