For the second year running the Yamaha Australian Off-Road Championship (AORC) rolls back into Broken Hill, which plays host to the seventh stop on this year’s tour this weekend.

For riders who are in the running for the championship glory, from this weekend onwards will now be about scoring the best points on offer, as one slip up from here on will make life ever so difficult to come back from.

This weekend will kick off the cross-country season, and what makes it even better is that fact that its in the desert, rather than in the bush.

Its fair to say that the number one challenge which riders will most likely face this weekend is the dust. Just how much dust will there be… well the answer will be on the back of a post card.

Let’s have a look at the championship thus far.

The question still remains, can anyone put a stop to Husqvarna Enduro Racing Team’s Daniel Sanders winning streak? Sanders, who will start his 31st E3 round championship this weekend, is pretty much a class above the rest of the field right now and with his confidence sky high its hard to look past the Victorian rider, who should more than likely win again this weekend.

Beau Ralston, who is also mounted on a Swedish machine (Husqvarna), trails Sanders by twenty points in the championship fight must be almost sick to death of sitting in Sanders’ wake. Every round bar the second stop, the New South Welshman has had to play second fiddle to Sanders. Although he is the desert specialist taking 3rd in this year’s Finke Desert Race, could this be the one for him to take out his maiden win for 2019?

Ralston says that he is really looking forward to Broken Hill, as he’s feeling more confident than he has in a long time. In saying that, he understands that he still work to do to be ready to win, but things are clicking together lately and he’s moving in the right direction.

Want to talk about a fight brewing? Well, how about the fight for third place in the championship which is well and truly alive. Six points separates Jesse Lawton (Husqvarna) and Andrew Wilksch (Motul Pirelli Sherco), with Matt Murry (Kawasaki) is just two points behind Wilksch. Watch out for this battle which will ignite in a few days’ time. 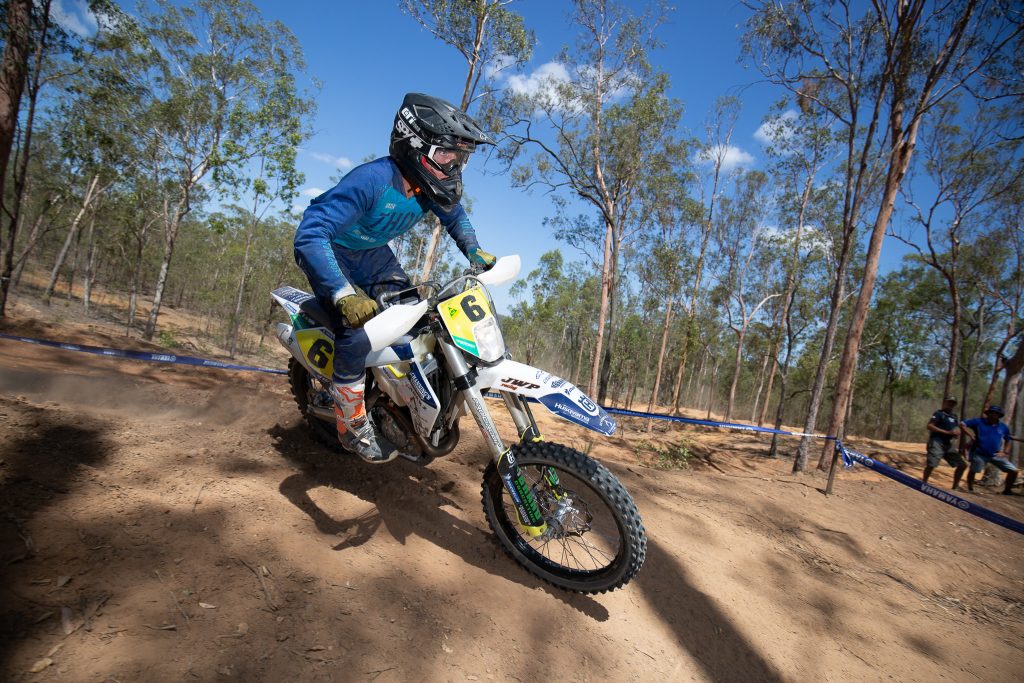 KTM Enduro Racing Team’s Daniel Milner is well and truly on course to win this year’s E2 championship. Milner has been the class act, having won every round to date in the 2019 season. However, Josh Green (Active8 Yamaha Yamalube) is still within a shot of the championship, as he sits just eighteen points behind Milner.

If Green wants to win the crown this year, he has to find a way to put a stop to Milner’s winning way very fast.

Basing on Milner’s Hattah Desert Race performance this year, you would think Milner would have the upper hand on Green heading into this weekend, as the condition is very similar to Broken Hill.

Jérémy Carpentier (Yamaha MXstore Ballards Offroad Team) still sits in third place in the championship with 109-points in the bag.

Fourteen points behind the Frenchman is Brad Hardaker, holds down fourth place just four points in front of Harrison Teed.

Active8 Yamaha Yamalube’s Luke Styke goes into this weekend with his championship lead cut from fourteen to thirteen points with five rounds remaining.

Almost snapping at Styke’s heels is Lyndon Snodgrass (KTM Enduro Racing Team), who hasn’t exactly had the season which he would have hoped for this year. Snodgrass has stood on the podium four out of the six rounds, with only having one round win at the second round this year. The Deseret certainly suits him, taking out 2nd in this year’s Hattah race, don’t count him out as he comes in with plenty to prove.

Fraser Higlett (Husqvarna Enduro Racing Team) and Michael Driscoll (Active8 Yamaha Yamalube) sit in third and fourth place in the championship only seventeen and twenty points behind Styke which sets the championship fight up just nicely for the backend of the season. 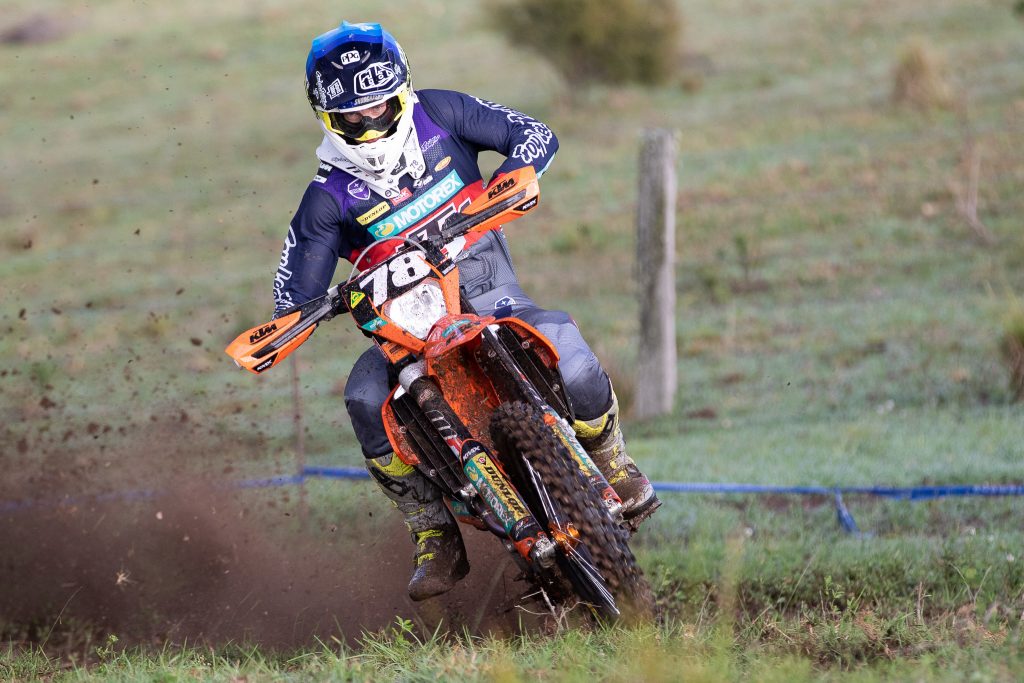 You could almost say that Kyron Bacon (KTM) is staring down the barrel of winning his maiden Australian Off-Road Championship, going on his form. The Tasmanian based rider is yet to drop a round. You could almost bet your house that Bacon will win again this weekend, which will help him march towards his championship win.

Korey McMahon (KTM) still remains in third place in the championship, now thirty-five points behind Bacon. You could almost say McMahon has kissed his chances of winning the title goodbye, but then again, you never know. McMahon has the class and might come out and surprise a few to come on strong in the remaining rounds and put up a fight. 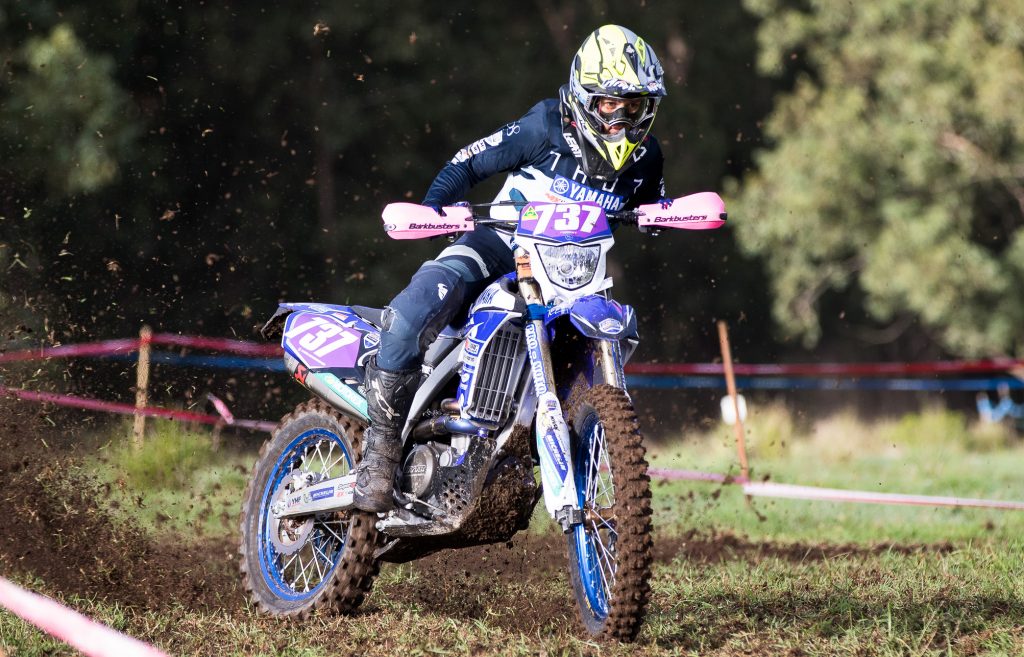 Jess Gardiner is the definition of domination right now. The Yamaha MXstore Ballards Offroad Team superstar is just one round shy from racking up forty round wins in her career. The twenty-six-year-old has simply been on fire in this year’s championship taking the level to a whole new high in terms of how hard the other girls have to ride to beat her.

Emelie Karlsson (Yamaha) still sits in second place in the championship, but now twenty-six points behind, which means Gardiner is one round clear from Karlsson although Emelie did manage to beat Jess in the Desert last year and will fancy her chances to repeat the feat.

Gardiner has expressed her excitement for this weekend, which will mark her 87th round start in the AORC series.

The four times AORC champion openly admitted that she a bit more prepared this year than what she was in 2018.

“The high-speed desert racing stuff is a challenge for me,” explained Gardiner.

“However, I will be putting in my all, as I’m sure the other girls will be keeping me on my toes that’s for sure,” she added.

Emma Milesevic (Honda) is still in third place in the championship, now four points behind Karlsson. Watch this space…