I have a new CRF and every time I take the rocker cover off I struggle to get the rubber grommet that fits around the sparkplug hole back in place.

I always either damage the rubber grommet or don’t fit it properly and it pops out and leaks oil all over my engine. How do I get it to fit into place correctly?

I see many Hondas with oil leaking from the sparkplug drain hole because of this issue. The rubber grommet is a very soft rubber and is a very tight fit so getting it into place is a little difficult but very important.

Wipe a nice amount of grease around the inside of the grommet and push it down gently while jiggling side to side to get the rubber to slip over the plug tube then bolt the rocker cover into place. If while doing this the grommet pops out of place, stop and start again. Don’t force it or you will damage the grommet. 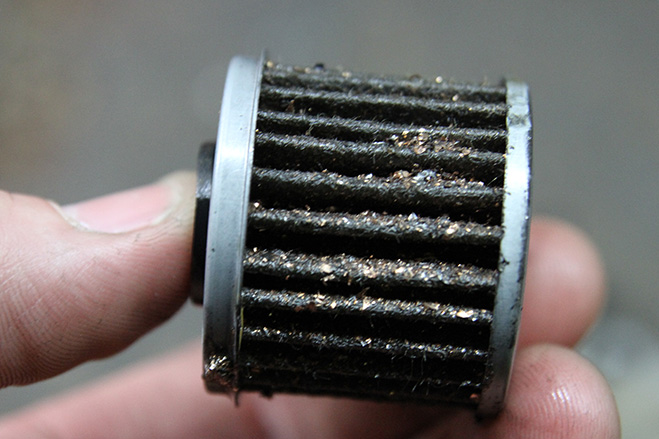 I removed the oil filter from my CRF and the filter was full of brass filings. When I drained the oil small brass filings came out in the oil as well. Is this a major issue or can I just replace the filter and oil and keep riding the bike?

The side thrust washers in your conrod bearing and conrod bearing cage are made of brass so those filings in your oil are these parts being worn away. Once there is excessive play in the big-end bearing these parts get worn and all the filings get mixed through the oil and stuck in the oil filter.

This means it is time for a bottom end rebuild. Once you start to see these filings appear, stop riding the bike if it hasn’t stopped by itself already. If you keep riding the bike then you are risking a serious engine blow up that could do extensive damage. 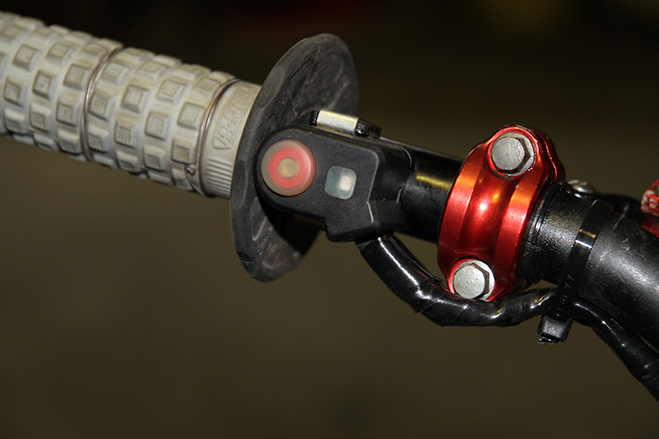 I have a fuel-injected CRF. In the kill switch there is a small light that comes on when the bike starts and then goes off after a few seconds. What is this light and what does it mean?

This light is a system diagnostic check light. When the bike starts up the light should come on for a few seconds while the bike does a system check.

If the light goes out then the system is all okay and you are safe to get out on the track. If the light stays on or begins flashing constantly then it is time to get your bike to a dealer so they can diagnose the trouble code and get the problem fixed. 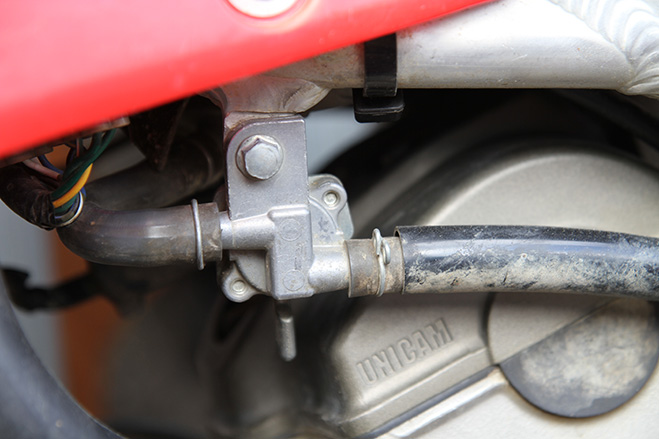 The fuel tap on the CRFs is actually fitted back to front to what you would think. They are bolted on with the face reading ON/OFF facing in towards the engine. The reason for this is so that the tap can’t be bumped by your leg and turned off.

There is also a step next to the bolt hole which sits against the frame and stops the tap moving when trying to tighten or loosen the bolt that fixes the tap to the frame when fitted facing the correct way. 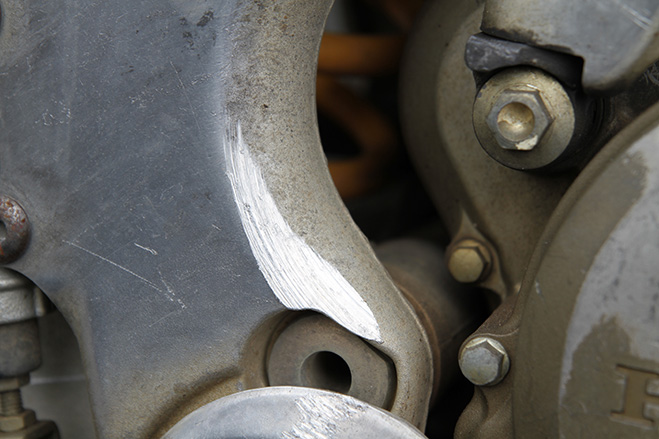 There are marks on my Honda’s frame from the kickstarter rubbing along it when I kickstart my bike. It feels like the kickstarter is starting to jam and it makes the bike much harder to start. What can I do to fix this problem?

This is a common problem that started on the early aluminum frame CRs and continues right up till the current model CRFs. The bolt holding the kickstarter becomes loose and allows the kickstarter to slop around, causing the spline to wear as well as the pivot in the kickstarter.

This eventually gives the kickstarter enough slop to hit the frame when you are kicking over the bike. To prevent or delay this from happening to your kickstarter, remove the bolt, Loctite it and then regularly check to make sure it remains tight. The only successful way to fix the problem is to replace your entire kickstarter with a new one.