Installing levers How to (basic) | Back End | How To

Brake and clutch levers are often the first things to break when you drop your bike. To prevent either of them breaking and ruining your ride, don't crash!

HOW TO BASIC: INSTALLING LEVERS 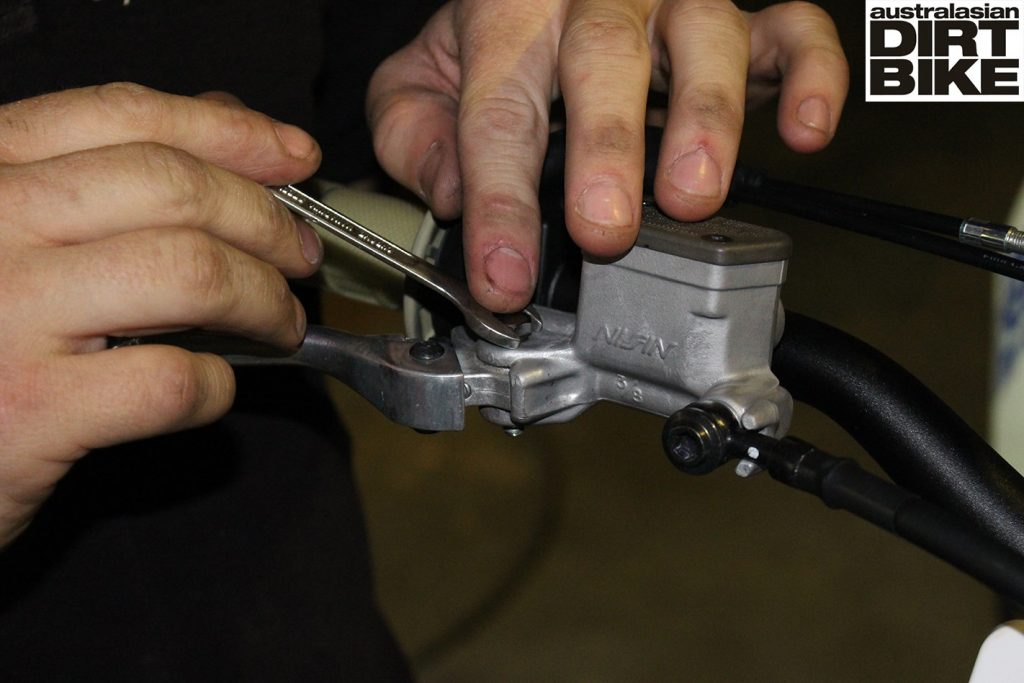 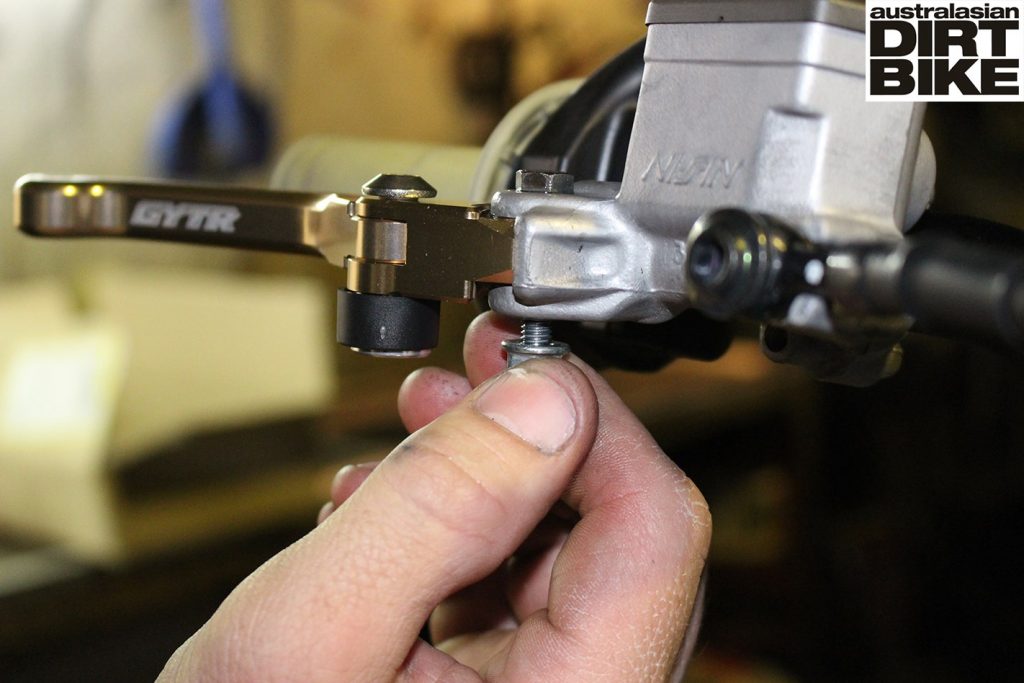 Assemble the new lever if you are using spring-loaded pivoting levers and then slide it into the master cylinder and line up the holes. Apply some grease to the original bolt to stop it from binding when tightened and slide it through the new lever and then tighten the nyloc nut to secure it in place. Then cover the pivot point with the rubber boot. 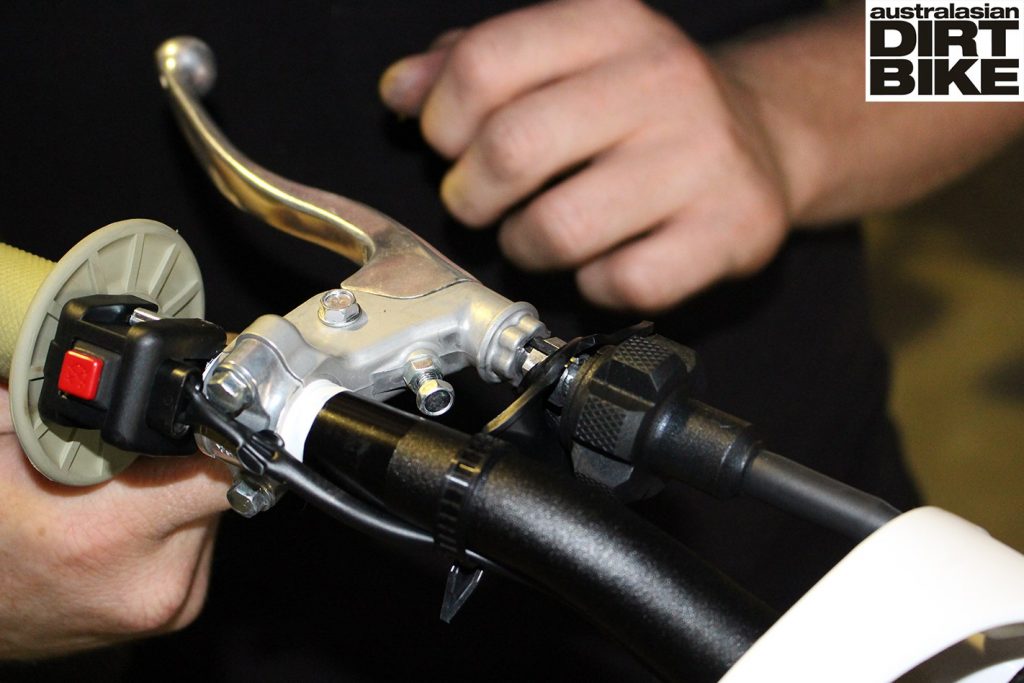 Installing a new clutch lever will be different on a bike with a hydraulic clutch. Our Yamaha YZ450F has a cable clutch. Remove the rubber boot cover the pivot point and remove the bolt to release the lever from the clutch perch. Twist the lever around on itself so you can access the clutch cable. 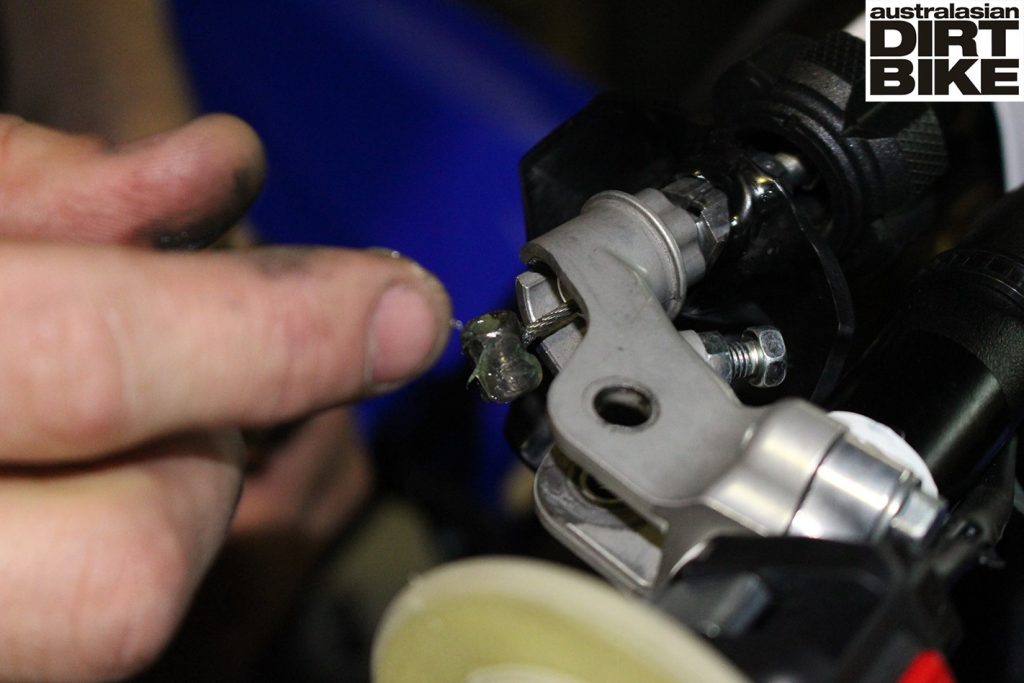 Unhitch the clutch cable from the old clutch lever, if difficult adjust the clutch free-play to give more length. Get your new lever and apply some grease to the hole where the cable will sit as well as the end of the clutch cable. 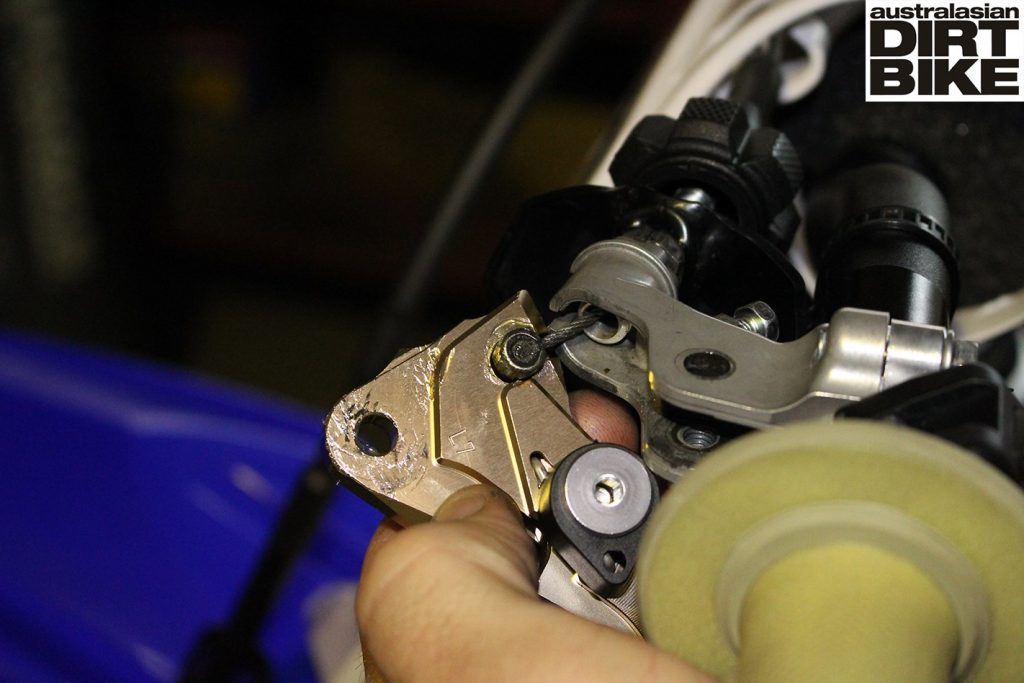 Press the end of the clutch cable into the hole that is cut out on the underside of the clutch lever and lock it into place. Twist the lever the right way up and then slide pivot point into the perch and secure with the original nut and bolt. Pull the rubber boot over the pivot point. 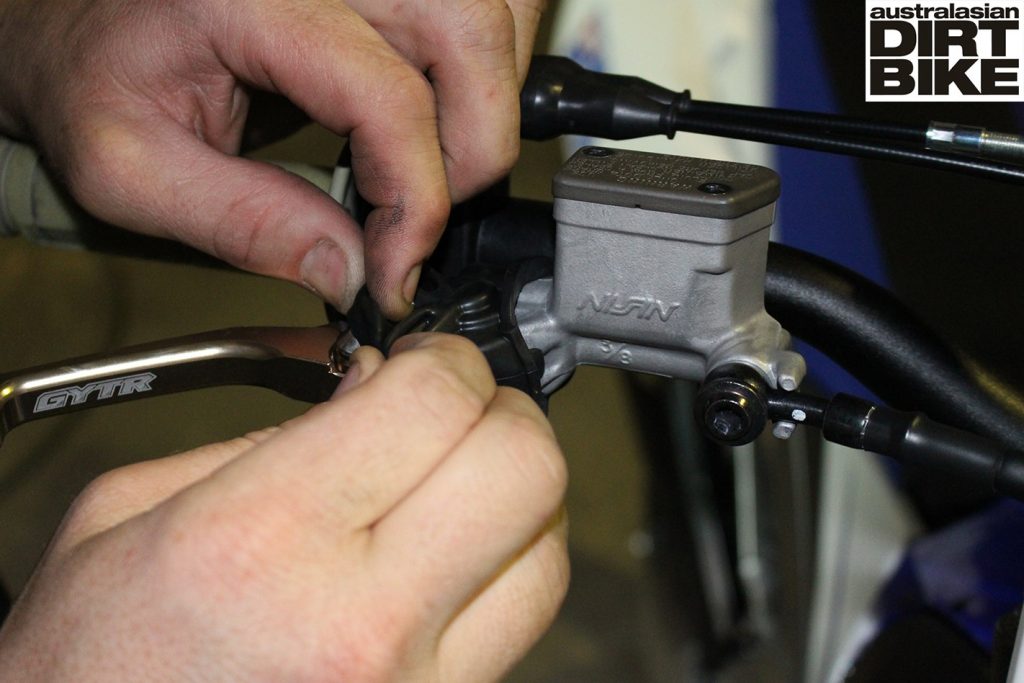 Adjust the clutch free-play back to how you like it and change the distance the lever sits out from the ’bar because it will be different on the new levers. On the brake side you might need to adjust the brake pin to compensate for the new lever.

THINGS NOT TO DO:

• Don’t over tighten the bolt which the lever pivots around – it may make the lever bind and not return to its neutral position
• Don’t ride the bike before checking the new levers operate the brake and clutch correctly – you should ensure they are adjusted before you charge out onto the track
• Don’t discard the rubber boot when you install new levers – it will let excessive amounts of sand, dirt and grit into the pivoting joint

Like it or not, knee injuries are extremely common with nearly all sports, especially motorcycling. If you haven’t had a knee injury, you know people who have

Kneebraces are an essential item in anyone’s gear bag and I will refuse to ride without them.