Factory Husqvarna rider Jed Beaton bounced back from a 12th place finish in Moto 1 at the MXGP of Città di Faenza to finish second in Moto 2!

It was another frustrating opening moto for Jed Beaton in Faenza. After tangling with another rider while landing from a jump just two corners into the race, the 22-year-old was forced off track. Quickly back to racing, but down in last position, the Australian was left with a lot of work to do. Relentless in his quest for a strong result, he charged up the leaderboard to claim an impressive 12th place finish.

A fifth-place start in race two saw Beaton quickly move up to fourth on lap one, before passing last weekend’s GP winner Maxime Renaux for third on lap two. With a clear track ahead of him, the Australian rode a strong race despite his exertions during his opening moto charge. Advancing into second place in the closing stages of the race, it was a solid effort by Beaton who held strong to end the race as runner-up and claim fifth overall.

“It was a decent day overall and to get second in the second race was a solid. It’s been a little while since I was on the podium. First moto wasn’t great but considering that I was hit by a bike and taken off track I’m lucky to not be injured,” said Jed Beaton. “When I got going my arm was really sore and I rode steady for a couple of laps to feel it out. The adrenaline kicked in then I put my head down. Got back to 12th despite another crash so that wasn’t too bad. Race two was way better. The track was watered quite heavily so it was a little icy for a few laps. I pretty much rode my own race. Good start, stayed upright and clicked off laps and second place is awesome. I’m looking forward to carry this momentum in to the next round on Sunday.” 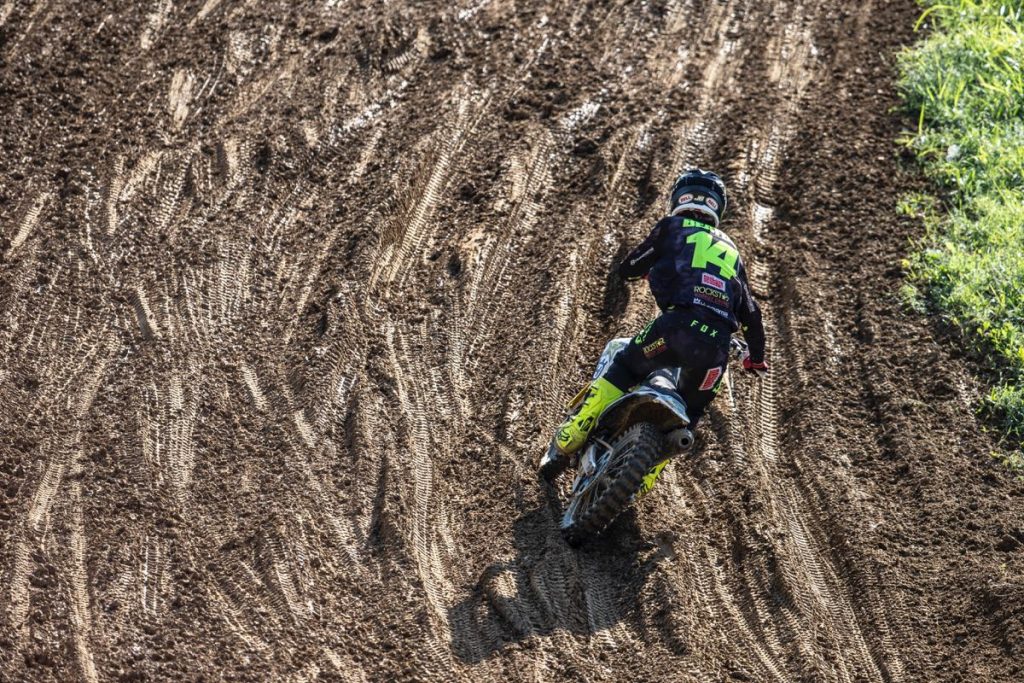