Their breakthrough overall results follow a series of strong performances in the lead up to round nine of the 2020 MXGP series, where Thomas claimed 2-4 moto results to stand on the top step of the podium for the first time this season. Charging to an impressive debut MX2 World Championship race win in moto two, Jed Beaton placed second overall following a seventh-place result in race one. Arminas Jasikonis raced to a solid sixth in MXGP race one before crashing out of race two.

Thomas Kjer Olsen claimed a well-deserved overall victory at the MXGP of Lombardia following consistent 2-4 results, continuing his recent run of impressive form in the MX2 World Championship. Ending the opening lap of race one in sixth place, the FC 250 rider quickly progressed to fourth on lap four before going on to deliver consistent laps and show impressive race fitness. Olsen made the pass for third on the penultimate lap before charging past Maxime Renaux on the final lap, claiming second place in moto one. 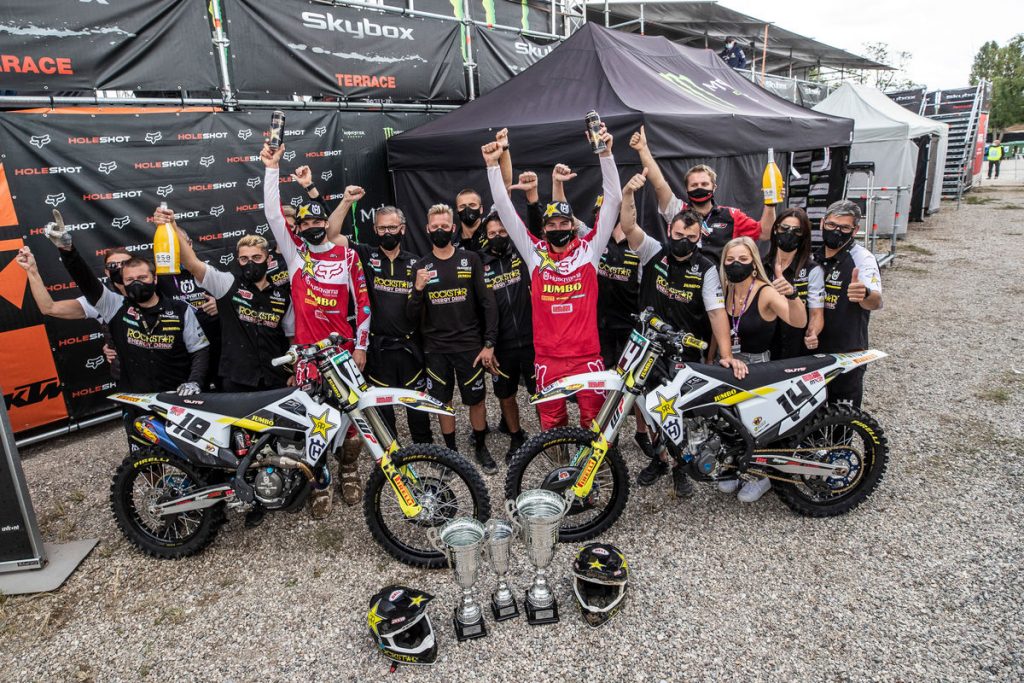 Avoiding the opening lap chaos in race two, Kjer Olsen found a number of creative lines around the tight Mantova circuit, disposing of many of his rivals while in pursuit of the leaders. Placing fourth at the end of the moto, he did enough to claim first overall and secured his first podium-topping result since round two in 2019. TKO’s performances elevate him up the championship leaderboard to sixth, well within sight of the top five.

After placing a strong seventh in moto one, Jed Beaton charged to an impressive debut MX2 moto win in Mantova. Carving a tight line around the opening turn, the Australian emerged in third place and immediately went to work. Attacking the track during the opening few laps he made the pass into second on lap two and then wasted little time taking the lead of the race with an aggressive pass at the beginning of lap three. With a clear track ahead of him, Jed controlled his nerves and raced to victory and a second-place overall result, just one point from overall winner and teammate Thomas Kjer Olsen.

“I can’t explain how happy I am to have won the second moto today,” said Beaton at the finish. “I had a great start in race two and got into the lead early on lap three. I then had a clear track and just focussed on my lines. As the race wore on I got a little nervous but kept it together. I did make a few mistakes but held on for the win. It’s been a tough year until this point and it’s all coming together now. The team have been great and I’m so happy and pleased for them, too. I’m looking forward to Wednesday now.” 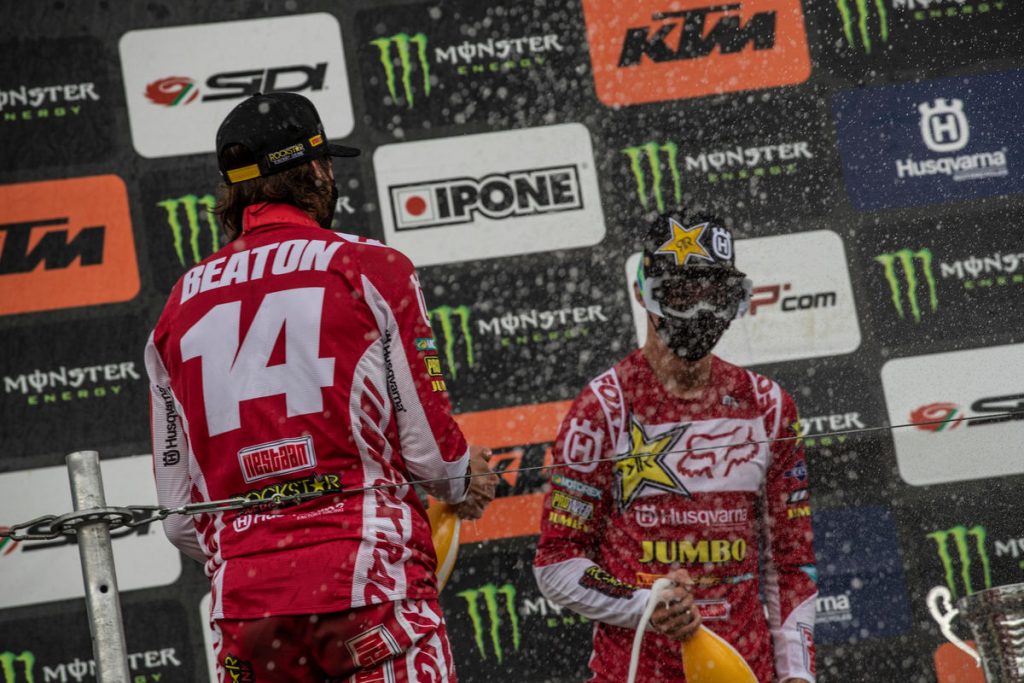 Roger De Coster has signed a two-year contract extension to continue his strategic role as Director of Motorsports for KTM in North America.

New products from Ogio, the Rig T-3 and Mach LH.

Motorcycling Australia (MA) wishes to remind competitors and teams, that entries for Round 1 of the Australian Supercross Championship close in three weeks on September 16.