Australia's Josh Strang and Mackenzie Tricker find the podium at the Big Buck round of the GNCC while fellow Aussie, Daniel Milner claims a top 10 finish in the XC1 class.

Once the green flag waved it would be Obermeyer/MCS Racing Suzuki/Kenda/Fly Racing’s Ricky Russell jumping out to the early lead. However, defending champion Kailub Russell was right on his back tyre and eager to take the lead away. It did not take long for a lead change to happen and Kailub Russell to put a gap on the rest of the XC1 Pro field. 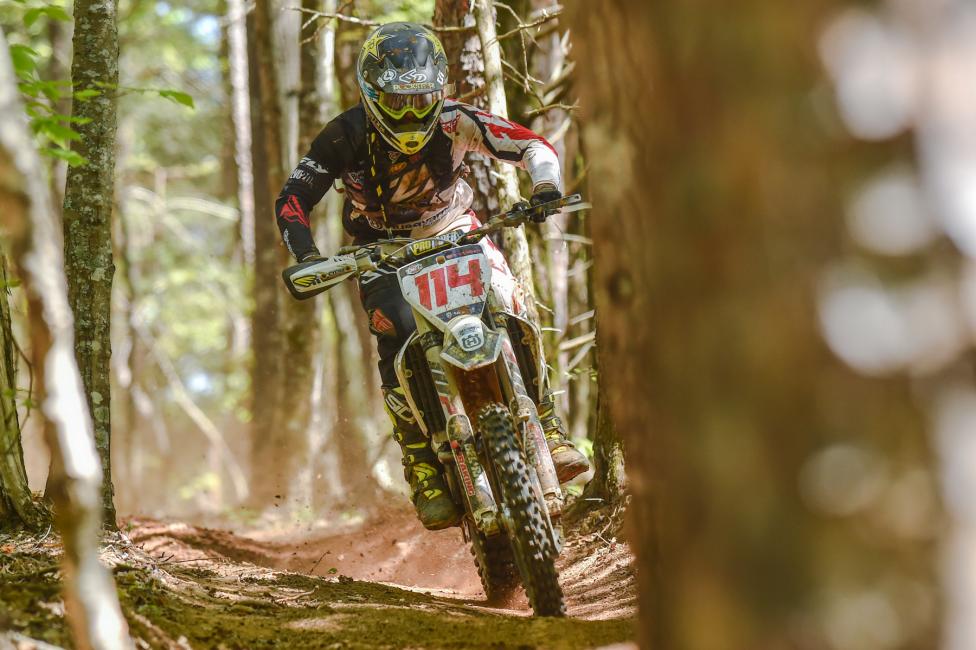 Meanwhile, Strang was busy working his way through the pack and making passes after a bad start. Strang suffered from a last minute mechanical issue and barely made it to the start on time, and once the green flag dropped he was stuck mid-pack.

“I had a rough start to the day,” said Strang. “It was a little stressful, but we got everything figured out and it was fine after that. It was important to get a good start today with the dust, but I just didn’t get as good as a start as I wanted, but I’m still pretty happy with third place.” 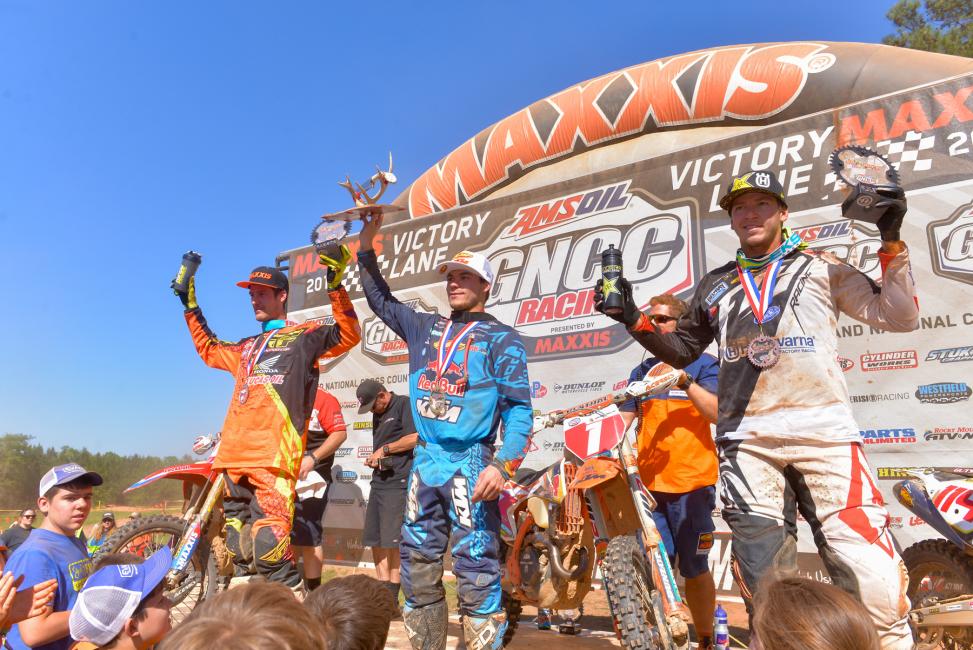 Ricky Russell began fading back through the pack allowing for Westfield Powersports KTM Presented by Moose Racing’s Jordan Ashburn to take over the second place position.

With a seven-second gap behind Kailub Russell, Ashburn put fourth his best effort and charged hard in hopes of taking over the lead.

Coastal Racing/Rockstar/Husqvarna’s Ryan Sipes held the third place position once they checked into timing and scoring for the first time. On the second lap the battle began with Sipes and Ashburn, all while JCR Honda/Lucas Oil/Maxxis/FLY Racing’s Chris Bach was creeping up from behind. After checking in sixth on the first lap, Bach was a man on a mission and quickly caught Sipes. Making a quick pass on Sipes and Ashburn, Bach found himself in second right behind the three-time defending champion Kailub Russell who continued to lead the way. 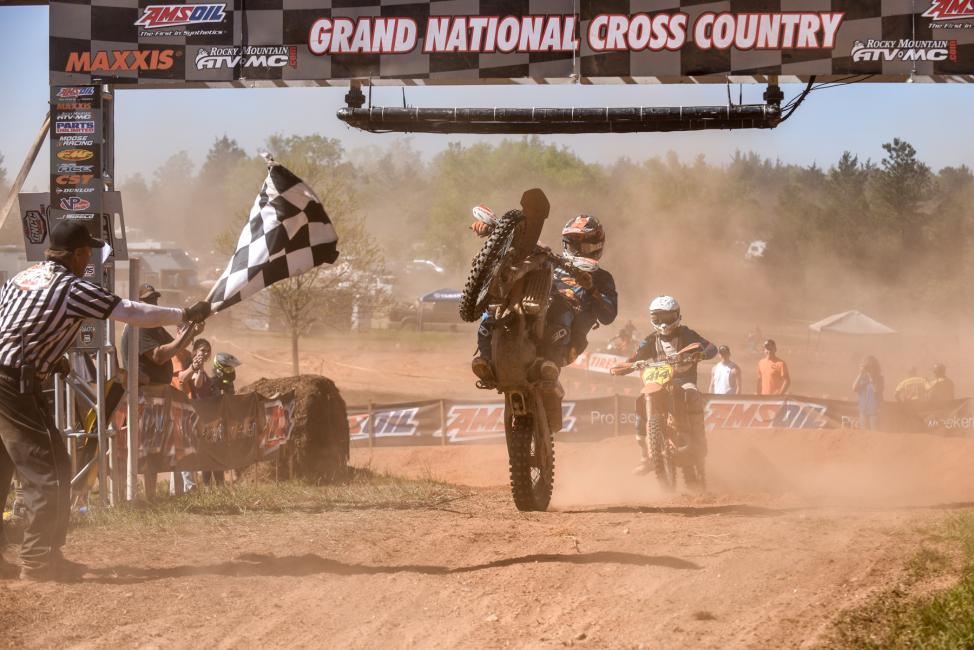 The fight for second pushed each rider to set record lap times and gain valuable seconds on Russell. Even though the North Carolina native still had a commanding lead, he began to feel the pressure after a pit stop mistake where his mechanic’s radio cable was hung on his bike. Russell made a quick stop and unhooked it before quickly rebounding and maintaining the lead.

“When I had my pit stop my mechanic’s radio tether got wrapped around my handlebars,” said Russell. “So when I pulled out I drug his radio with me and had to slow down and unravel it. It was a bummer because I knew Ashburn and the rest of the guys were catching up so I just put in a little sprint for the next lap and was able to create another gap between us.” 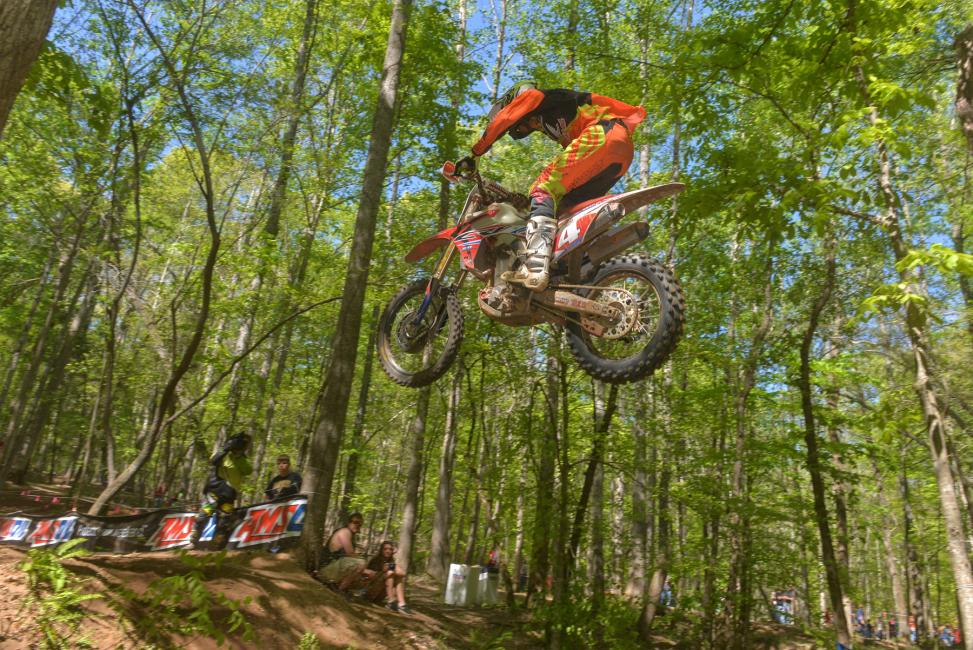 It would take four laps for Strang to be able to recover from his start and put himself in contention for a podium. By the time Strang made his way into third, Bach and Russell were just too far ahead for Strang to be able to catch. Throughout the remainder of the race, the top three would stay the same with Russell taking home the overall followed by Bach and Strang.

In the XC2 Pro Lites division, JCR Honda/Lucas Oil/Maxxis/FLY Racing’s Trevor Bollinger continued his dominance winning his fourth race of the season. However, it was not easy for Bollinger as he had to work his way through the pack after Coastal Racing/Husqvarna/MSR-backed Craig Delong pulled the holeshot pocketing the $100 Hot Cams Holeshot Award and crossing the line in second. Beta USA/Fly Racing/Kenda Tires’ Jesse Groemm also had his turn leading the class, but would rounding out the podium in third. Indiana native Austin Lee and Beta USA’s Teagan Temple finish out the top five. 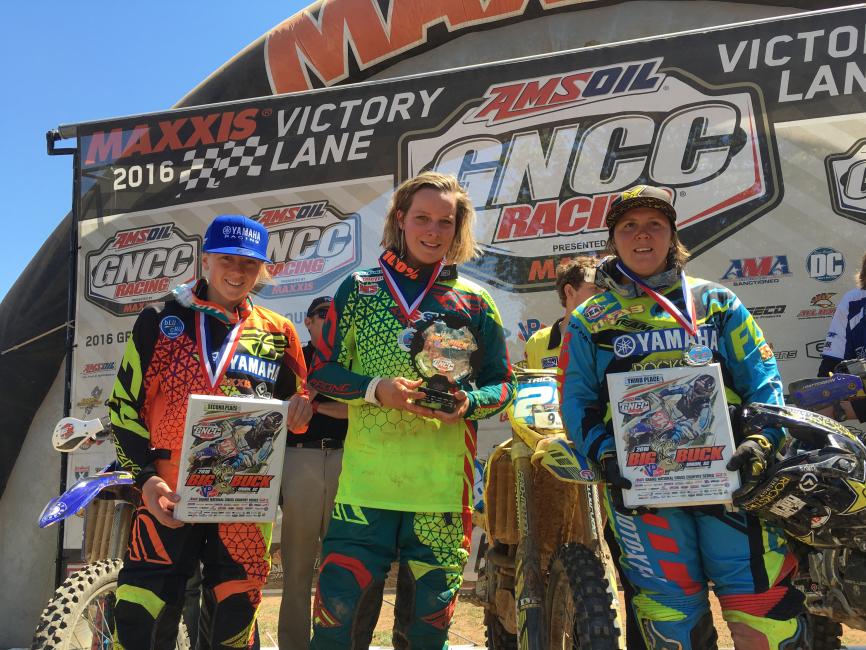