Strang steadily made his way through the pack after starting in the Ironman GNCC in third place position. After moving into second Strang would set his sights on the lead position, and he would battle throughout the fourth lap to take over the number one spot. Strang would continue to lead the last four laps of racing, but not without pressure from AmPro Yamaha’s Steward Baylor Jr.

Strang and Baylor Jr. continued to battle on the last lap, but after an incident on Ironman hill Baylor Jr. would find himself falling behind Strang as they came through the motocross track to take the checkered flag. Baylor Jr. held the lead for the first three laps of racing before Strang made the stick, but even after a crash on the hill he would remain 1.5 seconds ahead of third overall.

FMF/KTM Factory Racing’s Ben Kelley worked his way up after running seventh on the opening laps of racing. Kelley make the necessary passes to move up through the pack, and he would close the gap between him and Baylor Jr. as the white flag flew. Kelley moves into seventh overall in the points standings after missing the first half of the season. 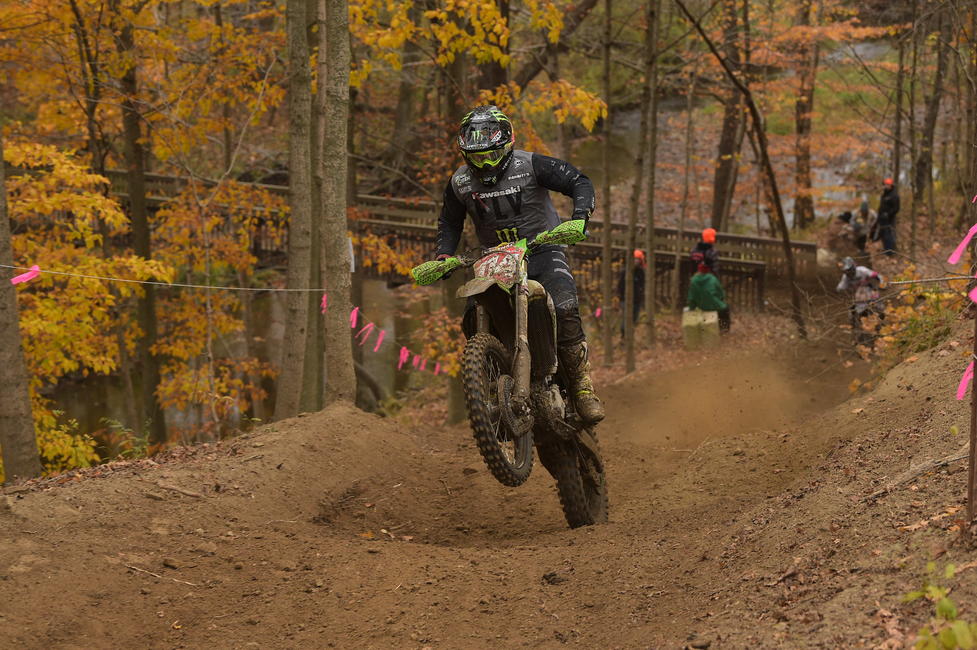 Coming through to take fourth overall on the day was FMF/KTM Factory Racing’s Kailub Russell. Russell found himself towards the front of the XC1 Open Pro riders at the beginning of the race but would make a mistake halfway through losing some valuable time with the leaders. Russell would continue to push on, ultimately coming through 7 seconds behind his teammate Kelley.

Another rider that found himself towards the front early on in the race was AmPro Yamaha’s Layne Michael. On lap four, Michael came through timing and scoring holding onto third overall but as the race worse on he would find himself falling back two positions to take fifth overall on the day.

In the XC2 250 Pro class, it was Husqvarna Factory Racing’s Craig Delong jumping out to grab the $100 Hot Cams XC2 Holeshot Award. Delong would then fall back to fifth in the class but would soon find himself picking off riders to make the pass for the lead on lap five. Delong would hold onto lead taking his fourth win of the season and regaining the class points lead as the series heads into its last round of racing. 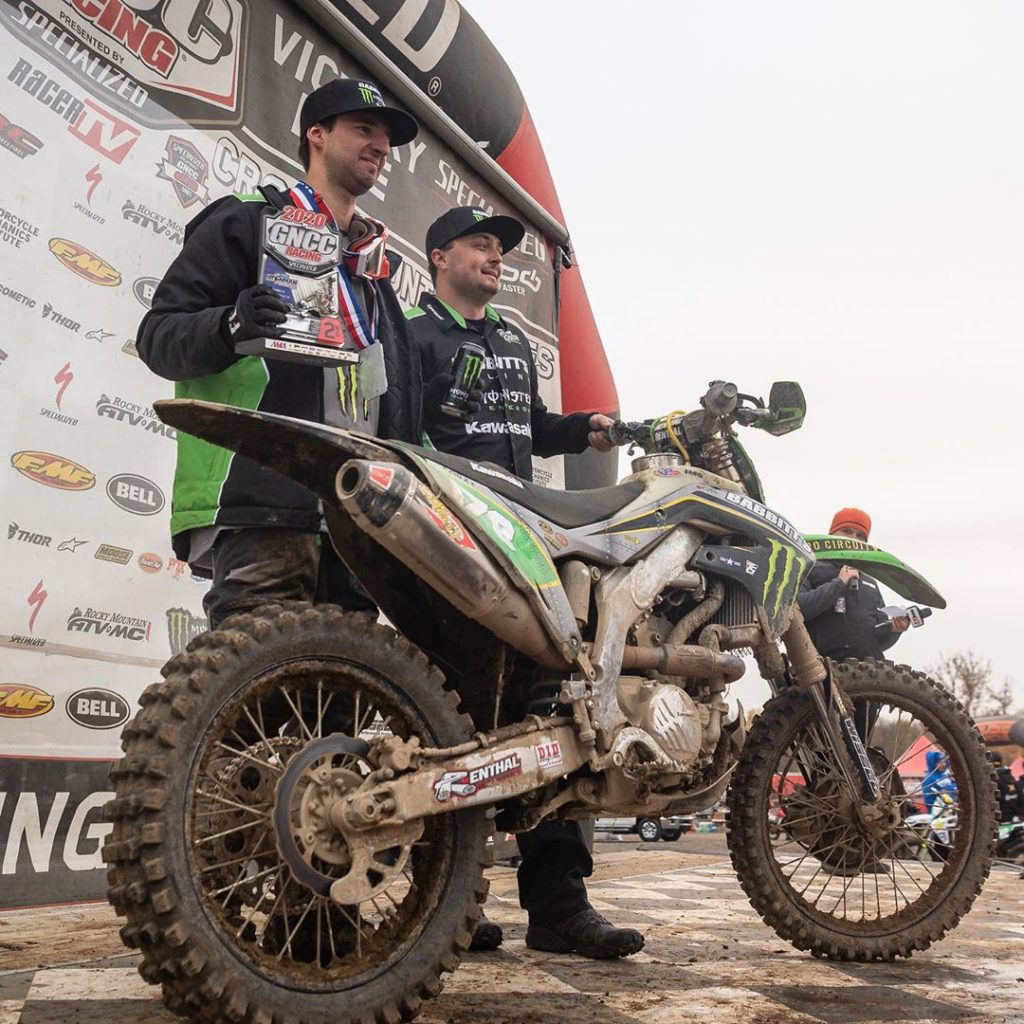 Babbitt’s Online Kawasaki’s Lyndon Snodgrass held the early lead but would soon face a battle with Trail Jesters KTM’s Jonathan Girroir. As the duo battle, Girroir would make the pass for the lead and hold onto it for one lap. Unfortunately, Girroir would crash towards the end of race and end up eleventh in his class. Snodgrass would regroup and continue to battle for a podium finish. Snodgrass would again make a last lap pass to regain second, landing himself his first podium finish in the XC2 class.