In 450SX Main Event 1, Tomac put his KX™450 inside the top-5 off of the gate, while teammate Joey Savatgy did not get the jump he wanted and followed in ninth. The Kawasaki riders made quick work and began to make passes around their competitors until Tomac made a minor error, falling back to finish sixth and Savatgy right behind him in seventh.

As Savatgy grabbed the holeshot in Main Event 2, the race looked to be off to a good start for him but unfortunately fell back to seventh by the end of the first lap; both teammates had their work cut out for them as they were left to charge through the field from mid-pack positions before time ran out and Tomac would ultimately finish in seventh and Savatgy 11th. 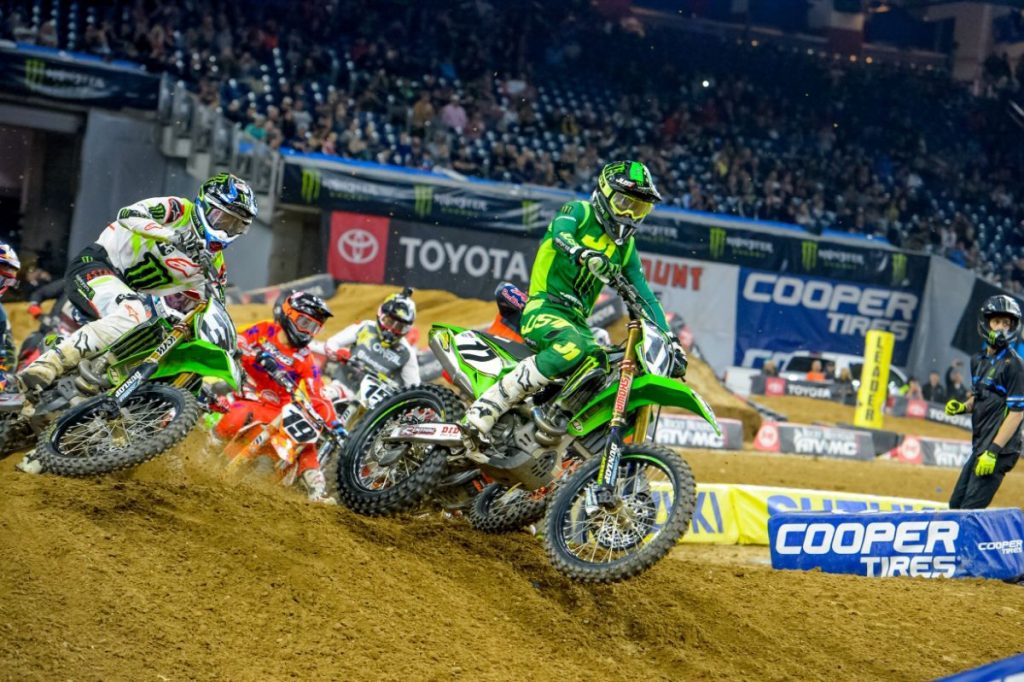 Despite being sick with the flu all week, Savatgy soldiered on throughout the night and even pulled the holeshot in both the second and third main events before blending into the pack by the second corner; he went on to cross the finish line in ninth place in the final main event giving him a score of 7-11-9 for ninth overall. By the halfway point of the race, the No.3 Kawasaki of Tomac made his way from fourth to second where he would go on to cross the finish line giving him a score of 6-7-2 for fourth overall.

“We landed just shy of the podium tonight. This quick, back-to-back Triple Crown race format can be challenging, especially when you don’t get the starts you’re hoping for,” said Tomac. “I put it all out there tonight; the crew and I will get back to work this weekend and hope to turn it all the way on for these last few rounds. We’ll use what we’ve learned from tonight and apply it to next week’s race in Nashville.” 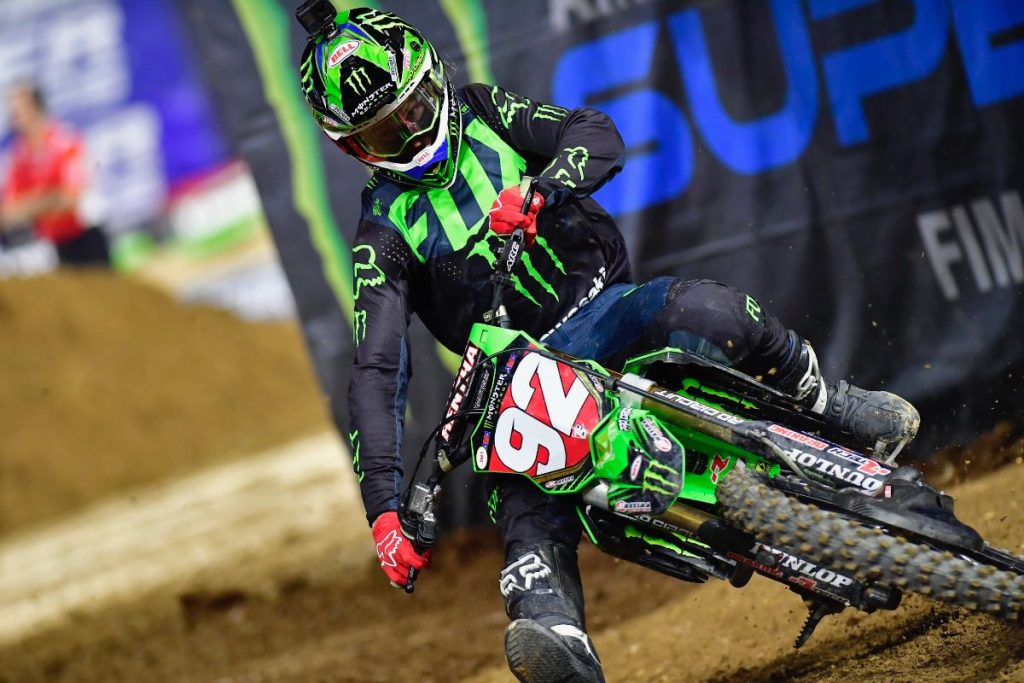 In the 250SX class, it was Monster Energy/Pro Circuit/Kawasaki rider, Cianciarulo kicking the day off with the fastest qualifying time. Cianciarulo took that speed into Main Event 1 by stealing the lead on the first lap and running away with the victory while teammate Garrett Marchbanks followed in tenth.

As the gate dropped on the second main event, Cianciarulo found himself forced off of the track as the 20-rider lineup took on the tight, physical first turn. Just as he re-entered the track in ninth, Cianciarulo made a mistake causing him to crash and remount in 18th; he went on to pass eight other riders to finish 10th.

Marchbanks rode impressively for the entirety of Main Event 2 as he got out to a good start in fourth, and quickly moved into third where he would go on to cross the finish line. 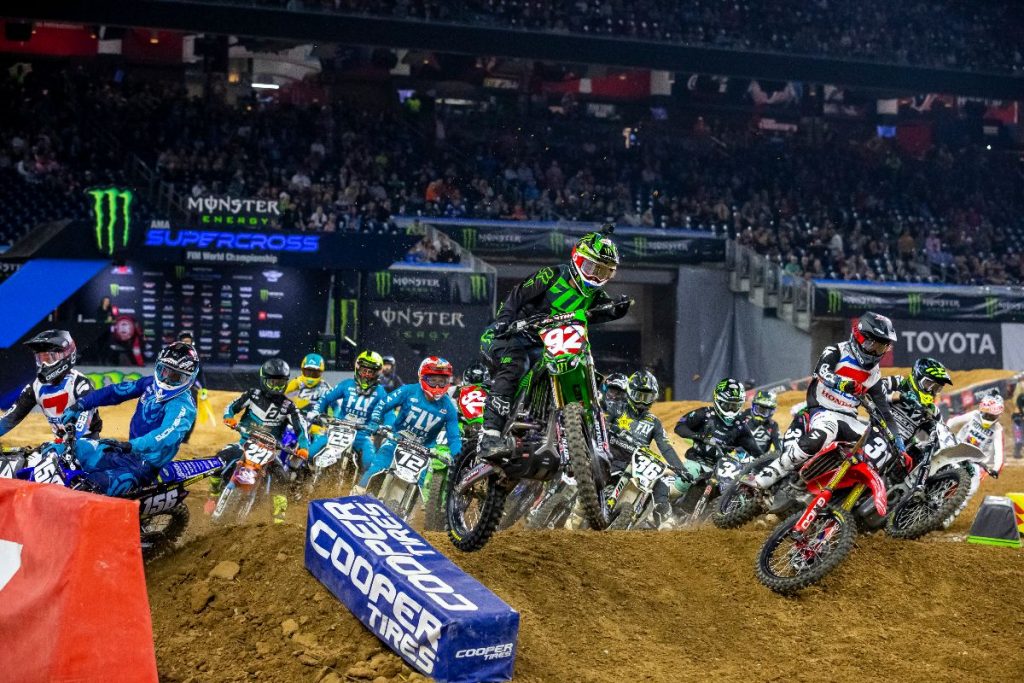 Main Event 3 saw an incredible come-from-behind charge from 13th to third for Cianciarulo, completing the day with a score of 1-10-3 for fourth overall, just barely missing the podium. Cianciarulo keeps the coveted red plate as he sits five points ahead in the 250SX Western Region Rider Point Standings with just two rounds remaining. Marchbanks finished 19th after having to recover from a first turn crash and finished the night with a 10-3-19 for ninth overall.

“There’s nothing more that I love than a good battle, especially a battle for the championship,” said Cianciarulo. “We still have a red plate and I felt so good today. My KX™250 is so good and I feel I rode really well, so I’m super happy with where I’m at. Unfortunately, didn’t quite go my way tonight, but we have two races to make it happen and I couldn’t be more confident in myself. We’ll pick ourselves up and come out swinging. Let’s do this thing!”