The King of MX NSW State Motocross Championship will return next year where a King and Queen will be crowned at the new Goulburn Motorcycle Club complex June 8-10.

The King of MX event will be the first major race meeting for the Goulburn Motorcycle Club at the brand new venue, currently still under construction.

MNSW CEO, Dave Cooke: “We really wanted to rebuild the NSW State Motocross Championship into a prestigious event, and I think most will agree that the 2018 King of MX was exactly that. We’re proud of the number of riders that raced at the final in Port Macquarie, as well as the enormous prize purse that we were able to distribute to riders on behalf of our event partners. 2019 is looking to be another strong step forward and we’re excited to announce the dates today and look forward to seeing who enters the chase for the golden ticket.”

More information will be announced in the coming weeks, including when entries open and supplementary regulations.

Racers need to enter one of the six qualifier events (see schedule below) where the top six or seven finishers in each class earn their Golden Ticket to the final.

Once a rider has qualified, they can still ride the other qualifier events but they can’t win another Golden Ticket, giving more riders multiple opportunities to qualify.

At the final, State Title Champions will be decided over three motos for each class, and some will also earn a spot in the King, Queen, Prince or Princess of MX feature races. 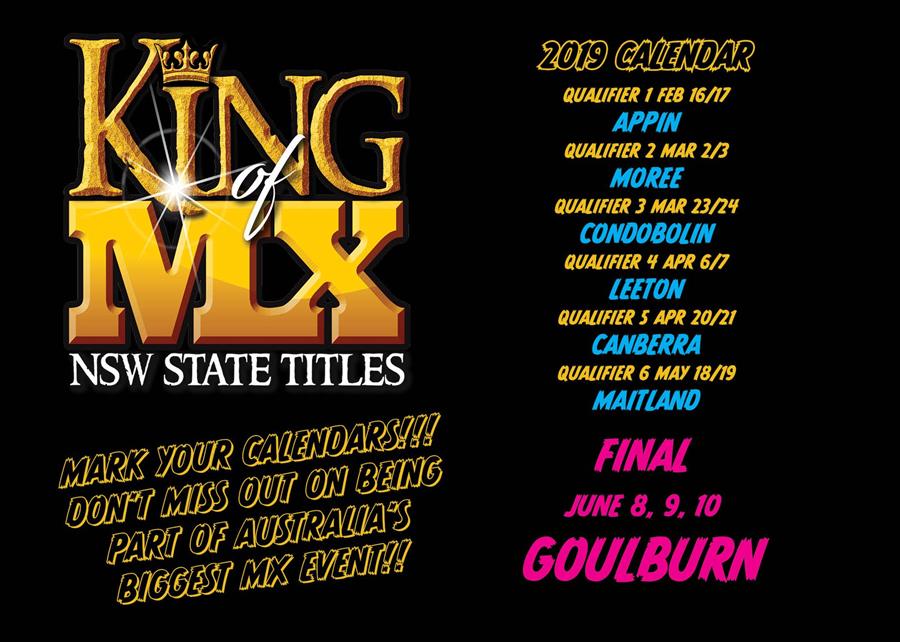