For one reason or another, it feels like ages since I’ve had the privilege of an ADB long-termer in my garage.

This update was published in ADB issue #464 – May 2018. Sherco has since discontinued its Six Days edition and is now offering the Factory and Racing models.

After months without a bike the 2018 Sherco 450SEF-R Six Days finally turned up. I put my hand up for this gig way back in the January issue (#460) so, after two years of mixing fuel and dinging pipes, I’m back on the “straight-98” bandwagon.

I had almost forgotten what it felt like to have a four-fiddy in my garage and I was excited about the new challenge.

The guys from Sherco are all super keen and have been awesome to deal with.

The bikes have come a long way in the last few years. I remember when I last tested the Sherco 450SEF-R in 2016, I liked the power but the Achilles’ Heel of the bike was its handling. Fast forward to 2018 and the French beast has undergone a host of changes and it is very different.

My first outing was at the Sherco Sydney Ride Day at Pacific Park, where boss men Neil and Tuffy had set up a new loop. Not gonna lie, I didn’t think it was possible to set out a new loop there, but they did it. 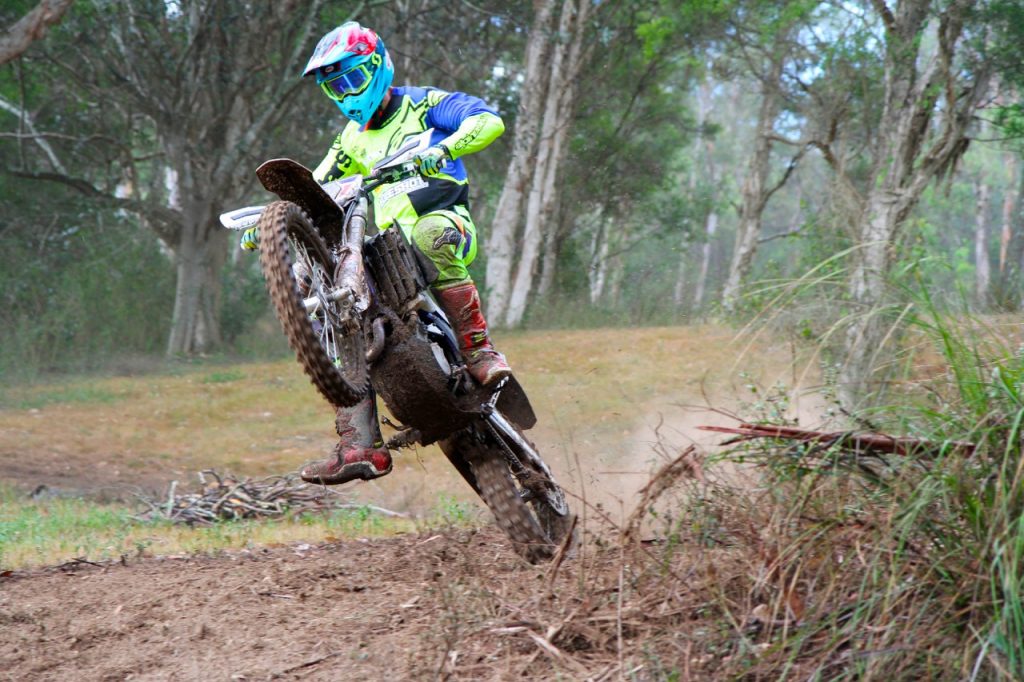 I was pleasantly surprised when I first hopped on the bike, set up my rider sag and took off on my first few laps. My first thoughts were, gone are the days of the excessive engine braking and the fork deflection. The 2018 Six Days version has the up-spec WP Xplor 48 fork and upgraded WP46 shock and that has made a huge difference to the feel of the bike.

The 450SEF-R motor is super smooth and very easy to exploit. And the Akrapovic exhaust system that comes standard on the Six Days is a real thing of beauty. Something about the blue colour that the titanium header pipe turns once the pipe gets hot really gives the bike that factory look.

The bike is crazy quiet as well, which was a bit of a shock to my ears as I have been riding 125cc two-strokes wide open for the last few months. I will be interested to try a different exhaust bung at some stage but for now, the standard Akro works well.

The plan with this bike is simple, I want to make it as awesome as the Sherco 300SEF-R Six Days. That bike is one of the best in the pits and I’d like the 450 power to handle like the 300SEF-R. I’m also going to race the 40th anniversary A4DE in Cessnock in April. Oyster Bay MCC, is partnering with Cessnock MCC, and the Dungog and Central Coast clubs to run it and it’s shaping up as an epic event. I’m excited, as I haven’t raced an A4DE for a couple of years!

There are a few pre-Four Day events I’m doing on the 450SEF-R so I’m excited to get some track time! Enduro Editor Geoff Braico

SO FAR
HOURS: 5
MODS THIS MONTH: None
Mods Next Month: Testing different tyres, handlebars and suspension