Three weeks romping about the outback with stops at Longreach (gidday Rocket Rod), Birdsville and the Flinders Ranges should be enough to put a smile on anyone’s dial.

Three weeks romping about the outback with stops at Longreach (gidday Rocket Rod), Birdsville and the Flinders Ranges should be enough to put a smile on anyone’s dial … and it was, but there was just one problem: I was at the wheel of a 4WD and not behind the handlebar of a mighty two-wheeled mile-muncher.

I’d never done a big 4WD run before and, as good as it was, I did spend a lot of time wishing I was on a bike. Alas, these are the things we do sometimes for domestic bliss.
So time with the SWM RS500R has been limited, but that’s not to say things were quiet back on the home front. No, the boys at north-western Sydney SWM dealership MRD Motorcycles gave the RS500R a little TLC while I was out bush.

First up was a check of the bike’s valve clearances, and all was good on that front after 1000km, as expected.

Next they dealt with a tiny fluid weep at the lever on the hydraulic clutch, by fitting an upgraded clutch lever, too easy. 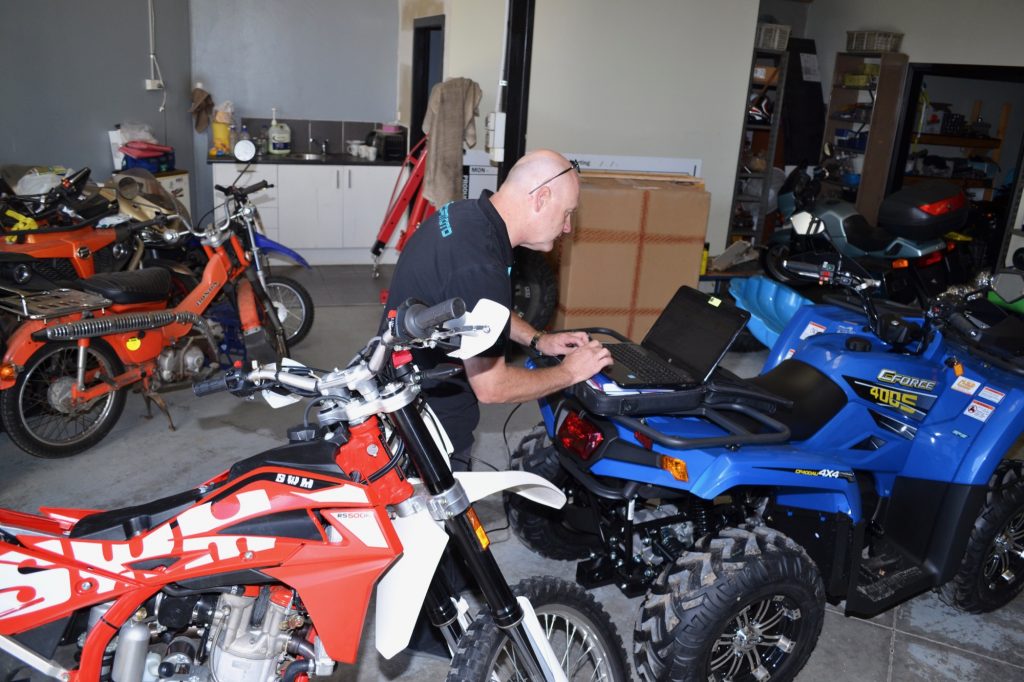 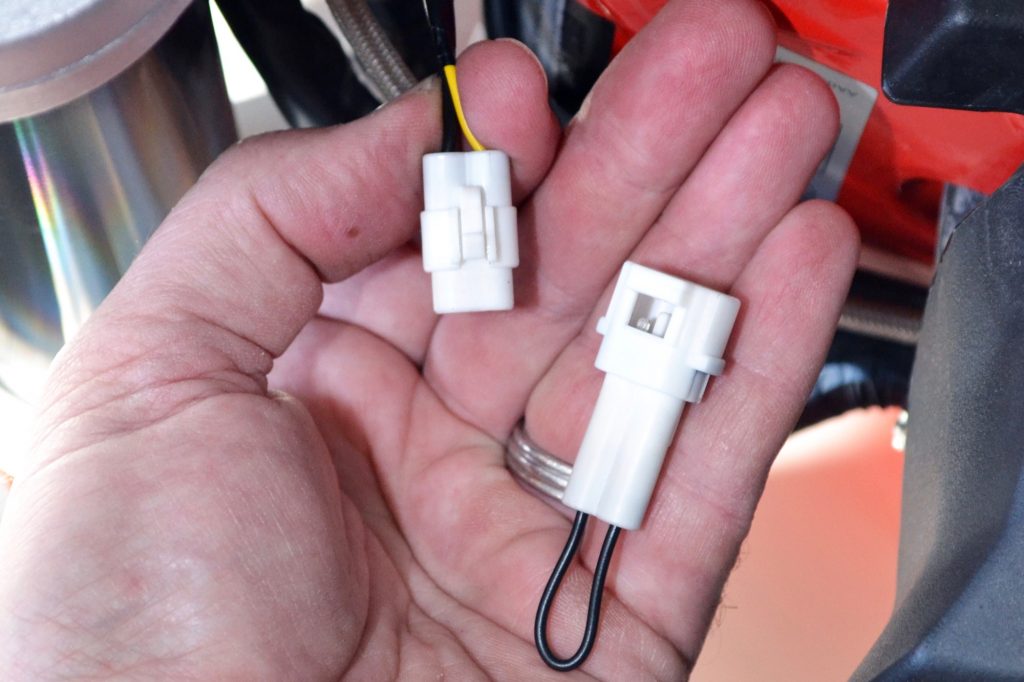 Then they swapped out the stock 13/47 gearing for taller 14/45 sprockets, which I’d asked for. The stock gearing is way, way low and, with the bike’s strong and torquey power delivery, I’ve been keen to drop the revs at cruising speeds and reduce the vibes on transport sections. The new gearing worked fine with the stock chain length, bonus.

Finally, MRD hooked up the bike to a lap-top and worked a little magic on the mapping specs, with some Aussie-developed settings that are aimed to clean up the motor’s tendency to stall when you yank the throttle hard in tight and snotty singletrack sections, as well as fatten up the power delivery across the range. Plus, now there are two maps, thanks to a coupler behind the headlight shroud. After all that, the SWM scored a clean bill of health.

Needless to say I was keen-as to get the Italian stallion out in the sticks, and was rapt to immediately find both the gearing and mapping were steps in the right direction.
The taller gearing means you’re clicking sixth at about 90km/h on wide-open fire-trails and transports, rather than at 80km/h, bringing down the revs and the vibes correspondingly. The gearing still feels low enough on singletrack, but I want to do a little more of that before calling it job done. 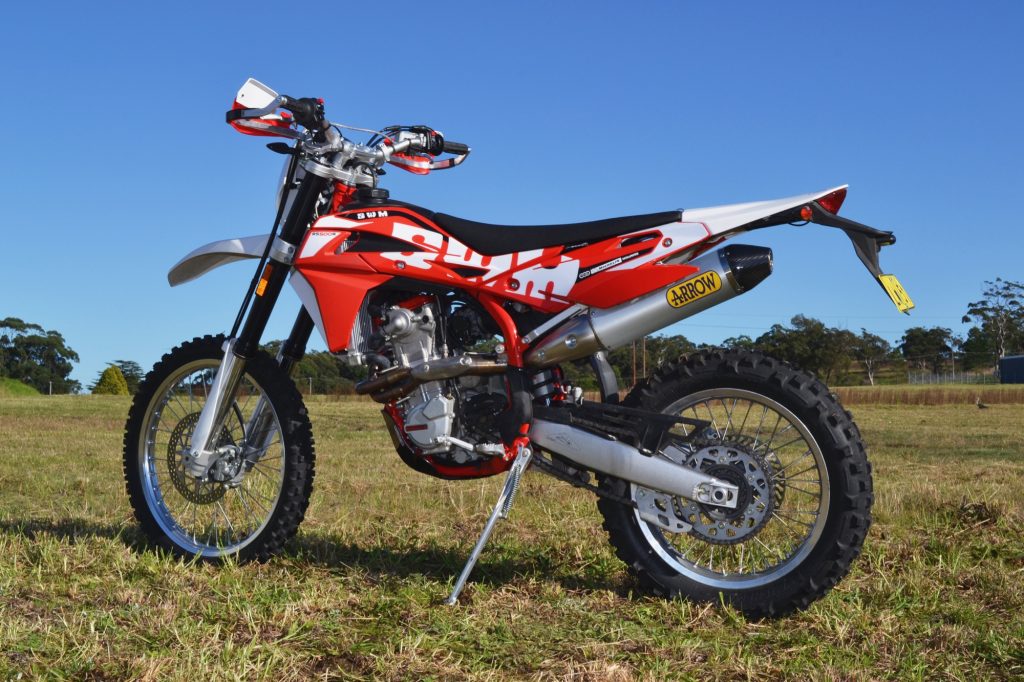 With the plug in place the changes have certainly livened up the power, pretty much right across the range, but at 5500rpm and above the motor barks harder and stronger.
On first impressions the mapping specs certainly put more sting in the tail, and I can’t wait to try it out more extensively and do some back-to-back testing.

With a fresh set of rubber on the agenda, not to mention getting a start on the DSMRA’s Denman trailride, next month is shaping up to be a beauty. Clubby