Clubby heads out on the SWM RS500R with the DSMRA lads for their Denman trailride.

Getting away with a few of the lads is always a great way to recharge the batteries, so hooking up with the DSMRA Sydney boys on their Denman trailride was just the tonic the doctor ordered for me and the SWM RS500R.

Good ol’ boys like Clarkey, Decimal and Kawasaki Ken are stalwarts of the Sydney chapter and, generally speaking, they like their organised trailrides open and flowing … unless Big Geoff Oates is playing trail boss, then all bets are off and its Hurtzberg here we come.

The DSMRA’s Denman Ride is a two-day run, kicking off from near Wisemans Ferry and heading straight into the sticks all the way to Denman in the Hunter Valley and back again via some premium forest tracks and fire trails, as well as some exclusive national park access the DSMRA has worked long and hard to secure.

Preparation for the ride involved fitting fresh Dunlop tyres to the SWM, which turned into a three-stubby and half-a-pizza session two evenings before kick-off. One skinned knuckle was a small price to pay for no pinched tubes and minimal rim scratches. 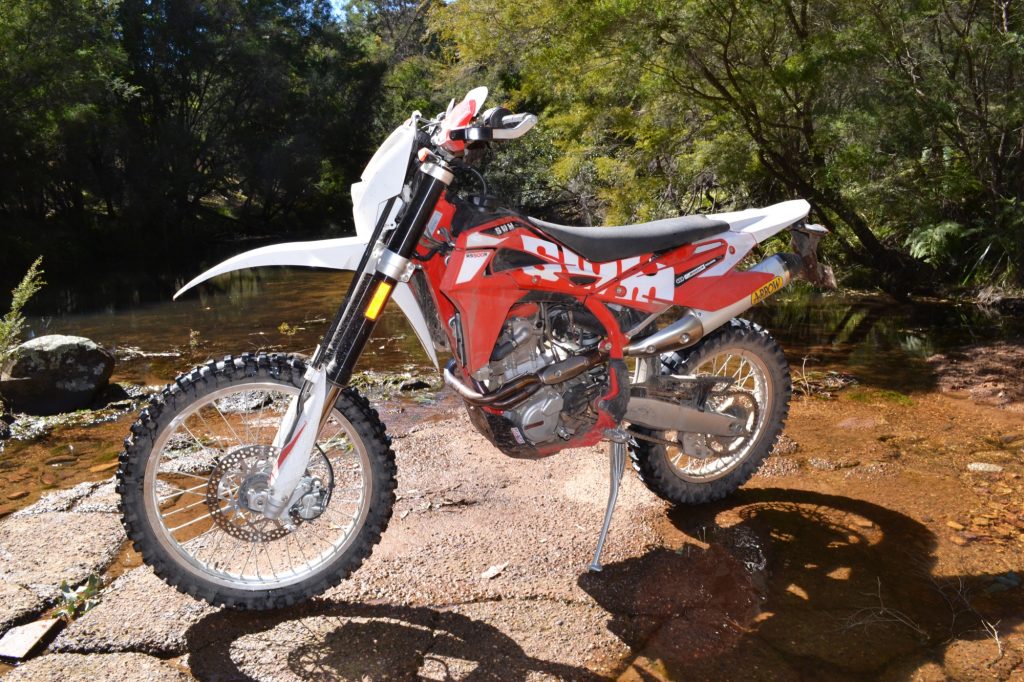 An air filter clean and oil, chain adjustment and lube and a check of all the fasteners I could find were also on the pre-ride checklist, while I fitted a compact foldable mirror on the right side of the ’bar, just to keep the boys in blue appeased if required.

I also fitted a Giant Loop Zig Zag pouch to the handlebar, which is just big enough to hold my tyre levers and wheel removal tools, to get a little weight out of the toolroll I carry in my Camelbak, because my bumbag is used to carry camera gear.

Arriving at the start of a ride, the SWM always draws a crowd, as the revitalised Italian brand is one still coming out of left field for many riders. There’s always interest in the bike, due to it being ‘different’, and most interesting to many punters is the SWM’s razor-sharp price for the spec level it delivers.

SWEEPING
I offered to help Tim Clarke sweep the Denman ride, so running at the tail meant we had a thoroughly cruisy and fun romp all the way to Denman and back – save for a little sweeping ‘action’ on day one. You know, stuff like a busted wrist, flat tyre, boiled rear brake, jammed footpeg and sundry crashed rider pick-ups and pep talks. Thankfully the return journey was pretty much incident free.

The SWM barely broke a sweat across the weekend’s 460km. The big-bore motor just lopes along, which is the way I like to ride big-bore thumpers. Click a tall gear and torque it everywhere, but knowing full well you can hold a gear and bark the motor hard if you really want to.

I’m liking the latest engine map specs SWM Australia has developed, the 500 running clean and hard all weekend on the generally fast and open trails, though you did have to be careful in the dry and dusty conditions, especially when fallen trees and logs, or shade covered water bars, ‘popped up’ out of nowhere. 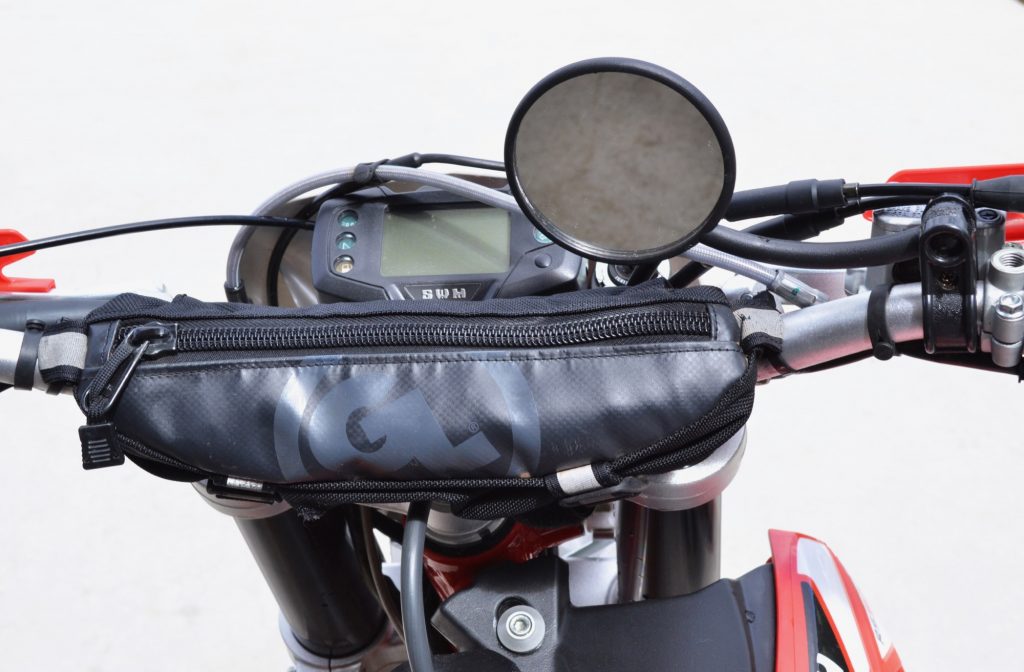 I did still get two of those pesky slow-speed-compression-lock-up stalls. Once when trying to pop the front over a log, and another when punching up a gnarly rock shelf, despite trying to be super quick on the clutch to keep the motor running.

Speaking of the clutch, the hydraulic unit is fabulously light with great feel, and always a one- or two-finger proposition. The gearbox shifts sweetly, too, while the front brake has excellent feel and great stopping power.

We hit some long sections of sand both days, and the SWM lapped up the beach-like conditions.

Stand up, weight back and power on, simple as that.

For the most part the rest of the riding was on hard and stony ground, which was way drier than you would expect at the end of winter. The faithful ol’ D952s worked well but they are best suited to conditions where there’s give in the ground, so the rocky sections certainly took the leading edge off the rear in the two days.

I took a few clicks out of the adjusters on the fork, to get a little more give in the initial part of the travel on rocky sections.

Twice over the weekend the fuel light flickered on at 105km, some 10 to 15km earlier than it has on previous rides. The sandy stretches likely helped make the bike thirstier, fuel economy averaging 19 to 20km per litre, which still gives the 7.2-litre tank a range approaching 140km.

Now it’s back into the garage to clean the steed and prep it for the next run … which sounds suspiciously like a recipe for more beer and pizza, excellent. Clubby