Australian rider Luke Clout has suffered a broken femur after crashing in practice at the Oakland round of the Monster Energy AMA Supercross.

Luke Clout has announced devastating news that the Australian rider has suffered a broken femur from a practice crash at the Oakland round of the Monster Energy AMA Supercross Championship.

Clout made the announcement to his fans via social media – posting an x-ray showing the broken bone, along with a short message “Unfortunately your femur isn’t supposed to look like that, I am devastated because I was feeling really good having qualified 7th!” 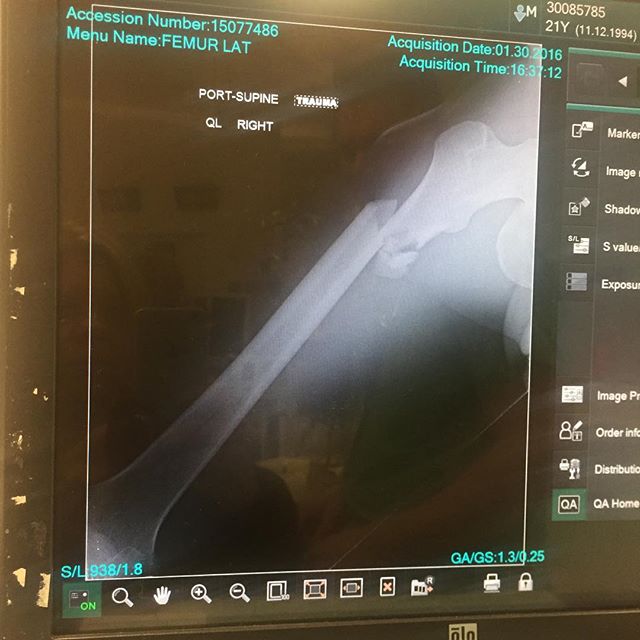 The injury comes just days after he signed the deal of a lifetime – a two-year contract to race for MAD Racing/Dirt Candy Suzuki in the 250 AMA Monster Energy Supercross Series and 250 Outdoor Nationals.

We wish Luke a speedy recovery and we’ll keep you all up-to-date on any news as it comes in.