Red Bull KTM Factory Racing’s Marvin Musquin gained 10 points toward the 450MX Championship after a solid second-place finish at Round 10 of the 2019 AMA Pro Motocross Championship at Unadilla.

Qualifying fifth overall earlier in the day, Musquin got off to a top-five start in Moto 1 as he battled his way to a podium position on the opening lap. On lap six, Musquin powered his KTM 450 SX-F FACTORY EDITION into the second-place position and he set his sights on the leader out front. He rode a good pace for the remainder of the moto, ultimately securing second. In Moto 2, he shot off the line to capture the holeshot and early lead. After leading two laps, he made a mistake and got passed, and from there he battled his way to another second-place finish in Moto 2.

Musquin: “I’m pretty happy with my day but I wish I would have given it a better fight in the second moto. I felt good in both motos but at the end I started making mistakes. Overall, it’s a good day but I wanted more. I have good memories here – winning my first 250 race here in 2013 – so of course I want more of that but I’m happy to gain 10 points on Eli Tomac in the overall championship.” 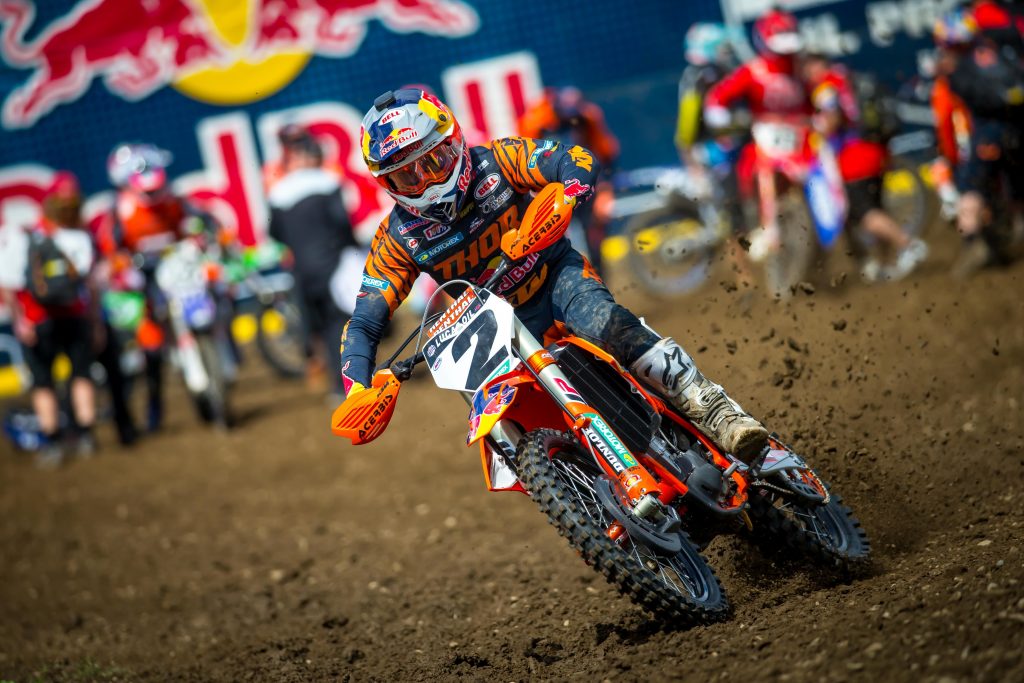 Webb, the second-place qualifier, didn’t get the best start in Moto 1 as he rounded the opening lap in ninth. He immediately put his head down and charged up to sixth by lap five, where he sat within striking distance of a top-five position. With about five laps to go, he ended up pulling off the track due to pain in his left knee. Webb and his team made the tough decision to not race the second moto and the North Carolina native will head home and get evaluated by his doctor as soon as possible.