MXStore MXoN Australian Team Battle It Out in The Netherlands | News

Ferris qualified 10th aboard his KTM 450SX-F in the MXGP class. Penrite Honda mounted Webster kicked off his MX2 Qualifying in style, almost grabbing the holeshot from American Justin Cooper and running in second for a few laps. He dropped back to finish third the highest in the qualifying of the three Aussies. 17-year-old Duffy finished sixth ahead of some of the world’s best. 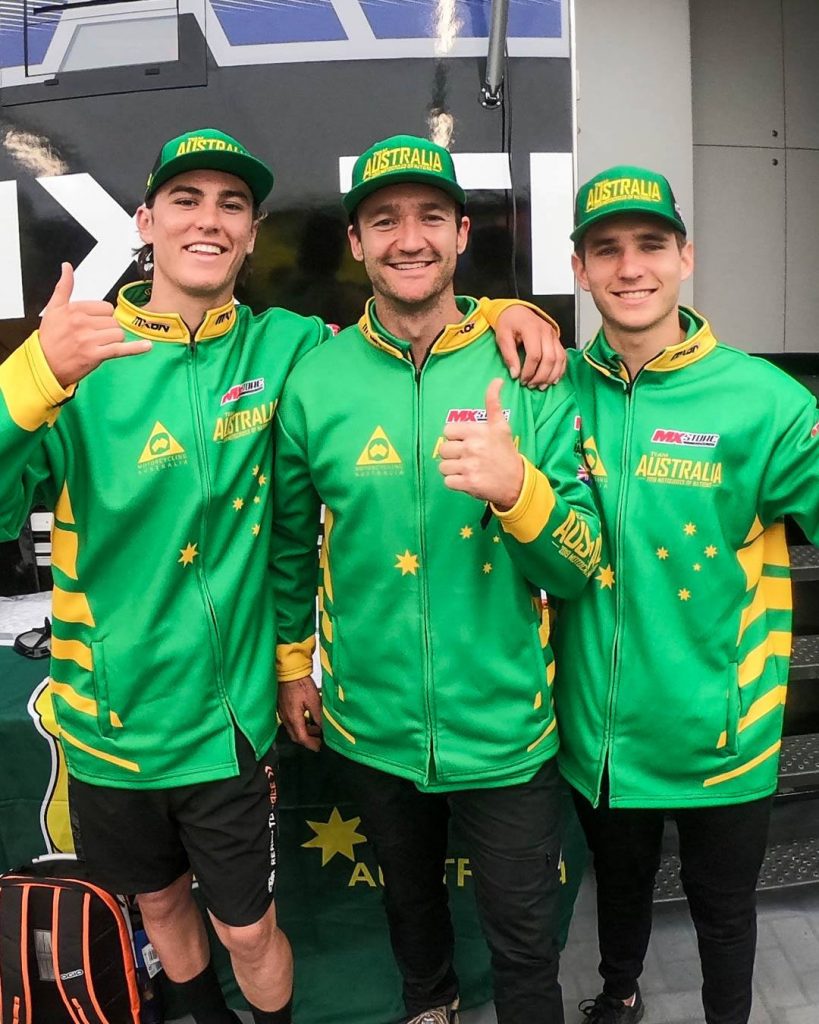 Ferris and Webster started off strong in Race 1 with both riders sitting inside the top-10. Unfortunately, Webster’s bike got stuck in the mud and he dropped back in the field to 16th place. Ferris went down and dropped to ninth place and held onto finish in 15th with Kyle not too far behind and record 23rd.

In Race 2, Duffy finished in 11th place on his debut in the world stage. Webster, just over 21 seconds behind Duffy, was able to better his race one spot achieving 14th position and lifting Australia to fifth in the overall team standings with one race remaining.

Heading into the third and final race Australia was fifth overall. However, bad luck struck twice with both Ferris and Duffy retiring from the race due to mechanical failures. Ferris would finish 30th and Duffy 33rd.

Dean Ferris: “It wasn’t the result which we were after. We were really close to a podium. However, we had a double DNF. Reagan and I needed a top ten finish to make that happen. We got a bad start, but anyway.”

Kyle Webster: “Unfortunately it wasn’t the result which we were looking for, but the boys had a good go and I can’t thank them enough for helping me to get here.”

Regan Duffy: “Massive thanks to everyone. I tried my hardest but the bike didn’t end up making it. Awesome riding by both Dean and Kyle. This weekend has been the greatest experience of my life.