Kawasaki experienced the highest growth in the off-road segment, increasing its sales by 72.8% over last year bringing its tally to 3099.

Husqvarna was a strong performer, up 59.8% from last year while Suzuki grew its sales by 8.5%.

Yamaha’s new XTZ690 Ténéré outsold its adventure rivals by more than double. 530 XTZ690s were sold in the first half of the year, more than double second in category, the Suzuki DR650SE, with 258 sold.

Overall, a total of 52,838 motorcycle sales were recorded from January to June 2020, in comparison to 42,457 during the same period in 2019. This represents a strong 24.5 per cent increase in sales, a bright spot in an economic environment that has been predominantly negative over the past four months.

“It is wonderful to see some strong sales from our member motorcycle brands,” Mr Weber said. “A year-on-year increase of 24.5 per cent is significant, and signals improving conditions for both members and dealers,” Mr Weber said.

The popularity of these two segments are thought to be a direct result of the COVID- 19 pandemic. Tony Weber explained:

“People can’t go for overseas holidays, and for quite some time, they couldn’t even go for holidays within Australia. So, we believe that, instead of spending up big on expensive family vacations, people are treating themselves in different ways – and this could mean they are taking up new sports like trail bike riding.

“ATVs and SSVs are also popular, and we understand this is due to the Government’s instant asset write-off program which makes the purchase of farm machinery and equipment very attractive at the present time,” Mr Weber said.

Road bikes and Scooters did not enjoy the same increase in popularity as the previous two categories. Road bikes reported 15,243 sales during the first half, down 2.7 per cent on the same period last year. Scooters recorded 2,166 sales, down 12.8 per cent, for the first half of 2020. 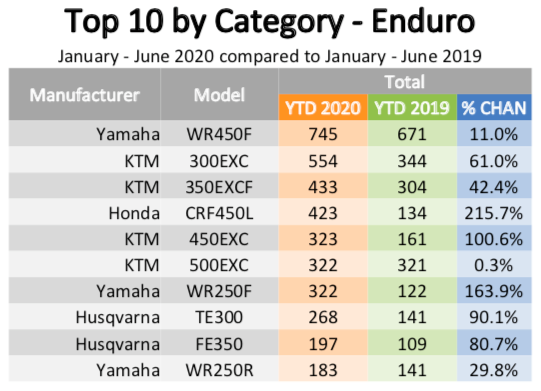 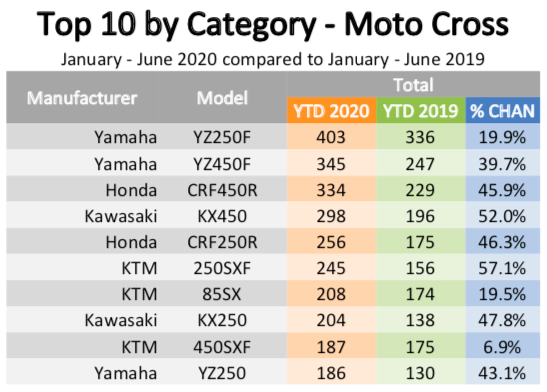 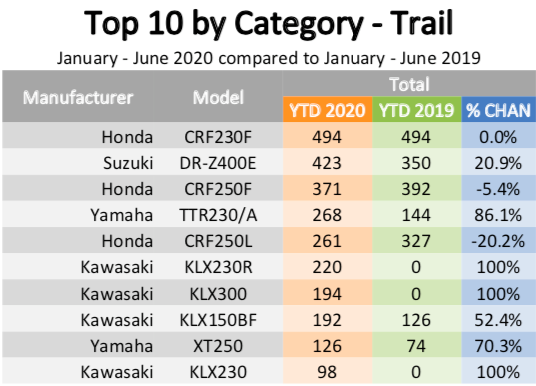 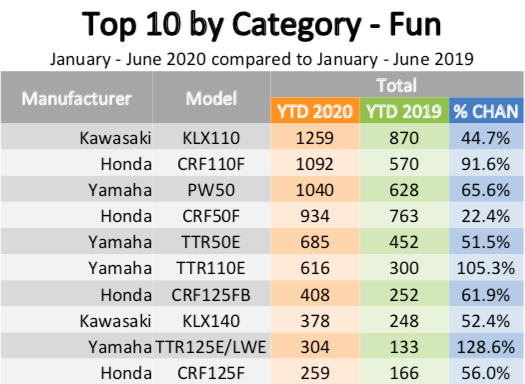 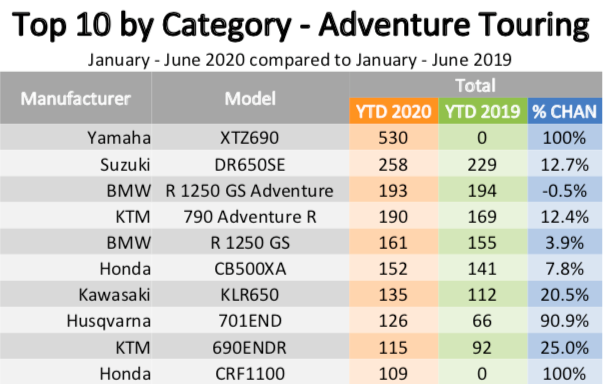