TJ O’Hare finished off the 2020 season on a positive note as she sealed 10th overall in the FIM WMX World championship.

The KTM Diga Junior Racing is the highest placed Australian in the world’s most competitive women’s series since Madison Brown finished 9th in 2015.

With the final Grand Prix of the season on the scenic Arco di Trento track in Pietramurata O’Hare had one clear objective: secure 10th place or better in final standings. While she did a solid job in time practice where she placed 11th the Trentino round was always going to be special due to the stony hard pack soil and the very typical compact layout. By all means not exactly the type of track where TJ feels most comfortable.

The high stakes final WMX race day saw four girls in close competition for the world championship title. While a second corner pile-up caused huge problems for some title contenders O’Hare managed to stay out of trouble. Seventh on the opening lap she went down on the third lap whilst fighting for P8. O’Hare dropped way down the leaderboard as a result. In spite of her pushing as hard as she could she couldn’t muster any more than 15th.

The final moto of the season was a more consistent one for the #625 KTM Diga Junior Racing rider. Starting just outside the top-10 Tahlia remained in contact with the top-10 for the duration of the moto. On the final lap O’Hare put in one last push but eventually she trailed Denmark’s Malou Jakobsen by just over 2 seconds for and finished 11th.

With all five rounds of the series done and dusted the determined Thor athlete finished her season 10th, only 3 points down on 9th placed Anne Borchers. Although it was a complicated season TJ managed to make a great leap forward compared to her rookie 2019 season in which she placed 22nd.

TJ O’Hare: “After not riding hard pack for a couple of months I knew this race would be challenging and that’s what is was! Unfortunately I went down in the first moto while I was battling for 8th. The second race was a lot more consistent, so that was positive. For sure it was not my best race of the season but overall it was okay and I am happy to finish 10th in the championship.” 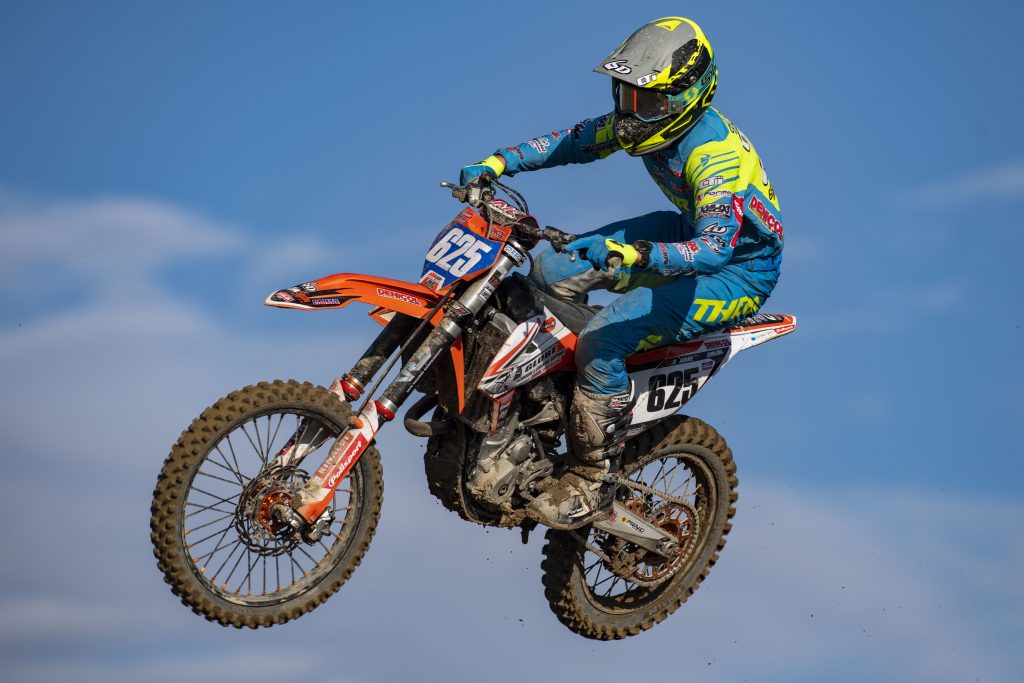