Jack Simpson, the leading Honda rider was thrilled; “I was pumped with 2nd outright and 1st in class in prologue. I was up on last year and the bike felt great,” said Simpson.

The Penrite Honda Racing desert team were strong from the start of their 2019 Finke crusade, as all three riders achieved outstanding results in prologue with a 1st, 2nd and 4th in the 450cc class and 2nd, 3rd and 8th outright.

Jack Simpson, the leading Honda rider was thrilled; “I was pumped with 2nd outright and 1st in class in prologue. I was up on last year and the bike felt great,” said Simpson.

Jack Dooley’s return to Finke following a few years’ hiatus meant he was unsure how he would place but came away with very positive results, which gave him the confidence boost he needed.

“I didn’t know how I was going to go; it’s been a few years since I’ve raced so I was nervous but I placed 3rd which was amazing,” said Dooley. 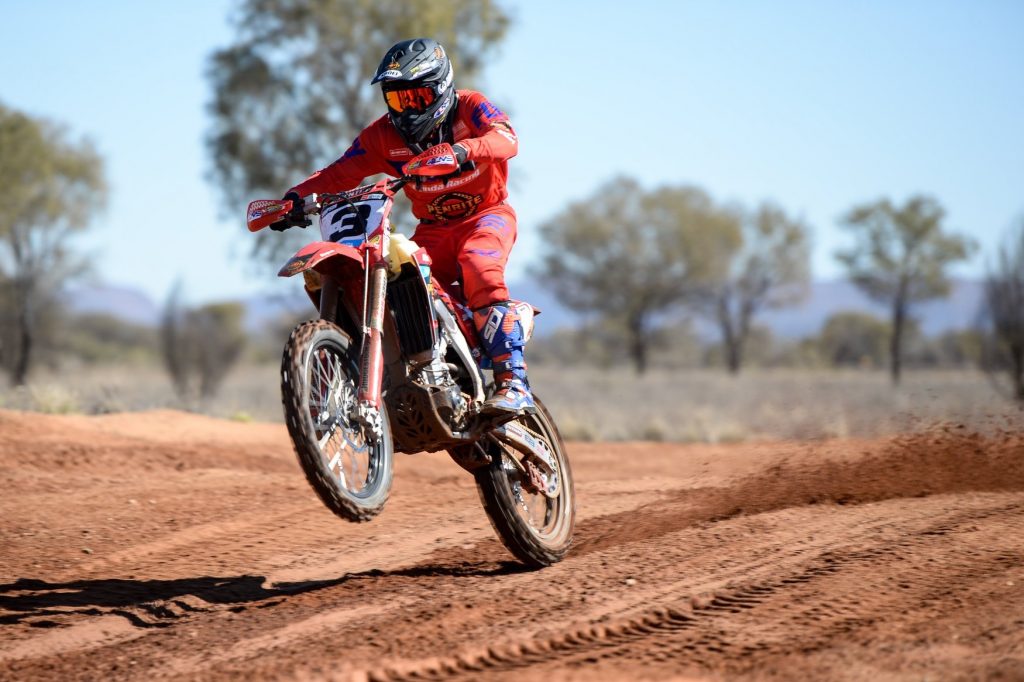 Sunday the 9th June was the race from Alice Sprigs to Finke. Simpson still held a strong placing; arriving into Finke 2nd in class and 5th outright and Mark Grove came in 4th in class and 11th outright.

Unfortunately, Dooley collided with a tree, which resulted in a compound fracture to his hand that required surgery and meant the end of his Finke campaign.

“I really felt strong coming into the race. All of our testing and pre-running suggested we were on pace and would be competitive so it’s a little shattering. Everything was going well until I came to a section of track where my vision was poor from dust, I clipped a tree with my hand and then I realised how bad the injury actually was, I had to stop.” Dooley said.

Jack Simpson rode flawlessly on the way back to Alice. He posted a personal best overall time by more than 10 minutes. He pushed his Honda CRF450R to take 1st in class and 4th outright.

“The ride back was awesome. The bike is seriously unreal; I felt like I was floating, amazing how fast it is. We came here to win so taking the class win was great but I can’t wait till next year to get up on that outright podium,” finished Simpson. 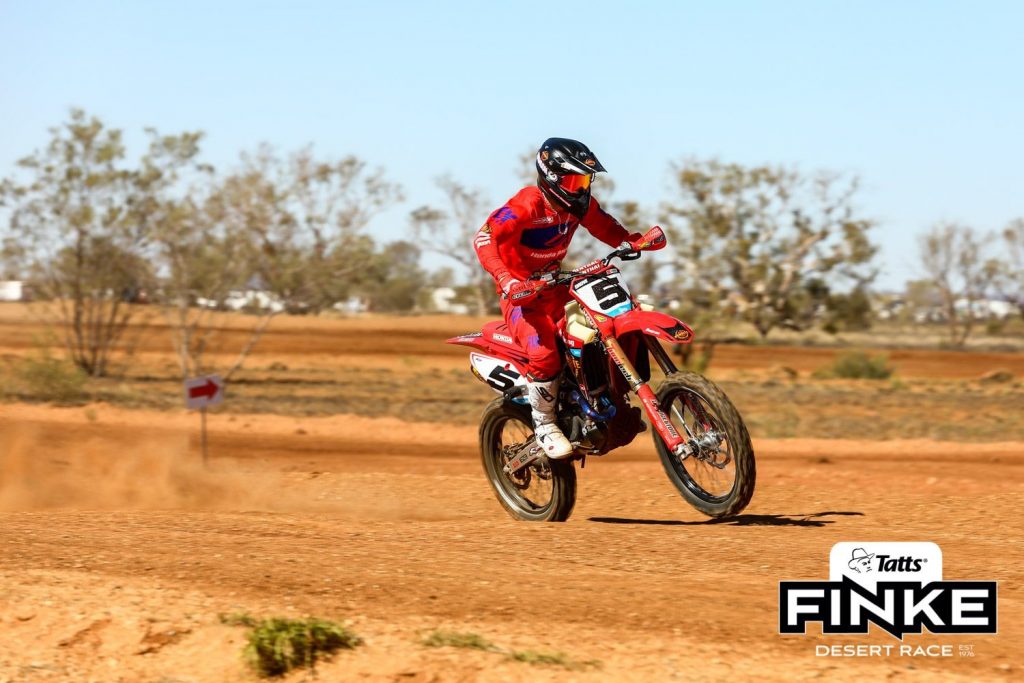 Team Manager Mark Sladek believes the bikes are a credit to Honda, noting this race is as much about the bike as it is the rider.

“We checked the bikes over, did some basic maintenance but we didn’t have to touch the motor. All of the testing was done across 600 km of riding and the bikes never missed a beat.” Sladek said.

Last year’s 250 winner, Mark Grove who is the highest placed 250 rider ever in the history of Finke, took 3rd in class and 8th outright after his first year on the 450.

“I had a few hiccups including a big crash on the way back to Alice but overall it’s great to be on the podium in my class. I really wanted a stronger outright placing. I was a lot faster than last year and I learnt a lot. I was too conservative on the way to Finke so the ride back was definitely better. I’m not sure which class I will attack next year but I will certainly be back,” said Grove.

The team’s director Yarrive Konsky appreciates the efforts of all of those involved and believes the results set a great foundation to build on heading into next year.

“This is our second year of competition and our second class win. We’ve gathered plenty of data and feel that we have achieved majority of the goals we set pre-race. The Honda CRF450R proved to be a winner in its class and very competitive against larger capacity bikes.” Konsky said. 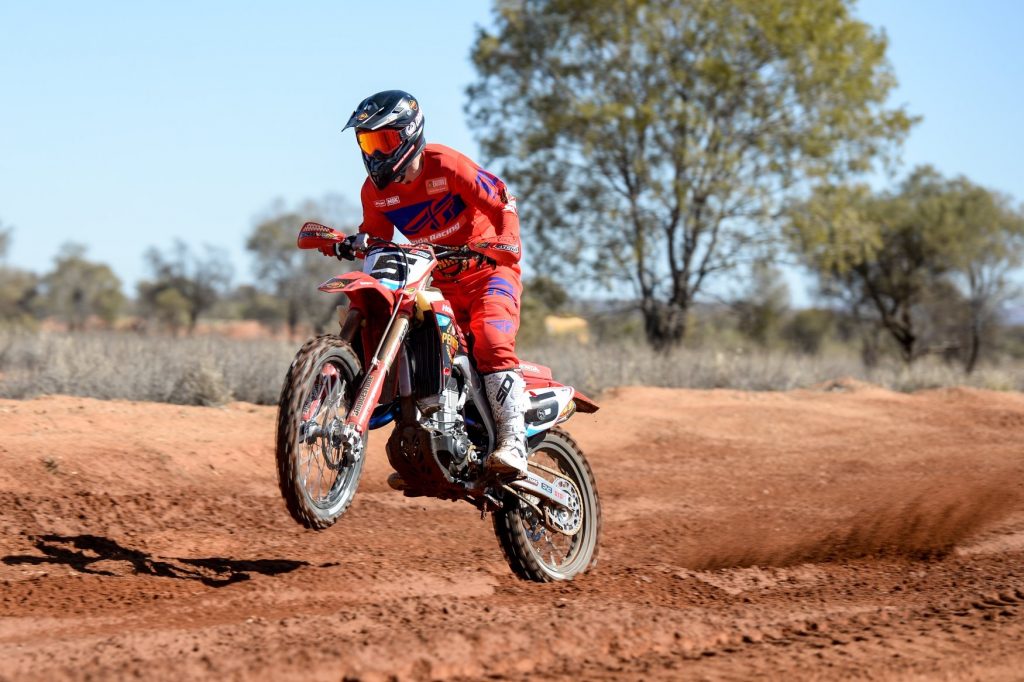