How to Pro: Lacing Wheels | Back End | How To

Whether from poor maintenance or poor line selection in rocky terrain, your wheels can take a pounding, resulting in damaged rims, hubs and broken spokes.

The first job is to remove your wheel from the bike and the tyre, tube, rim lock and rim tape from off the rim. Here we’re replacing a set of dented stock Kawasaki rims with a set of slick new black ones for a more updated look. While we could’ve repaired the dents and anodized the rim black we wouldn’t have saved money. 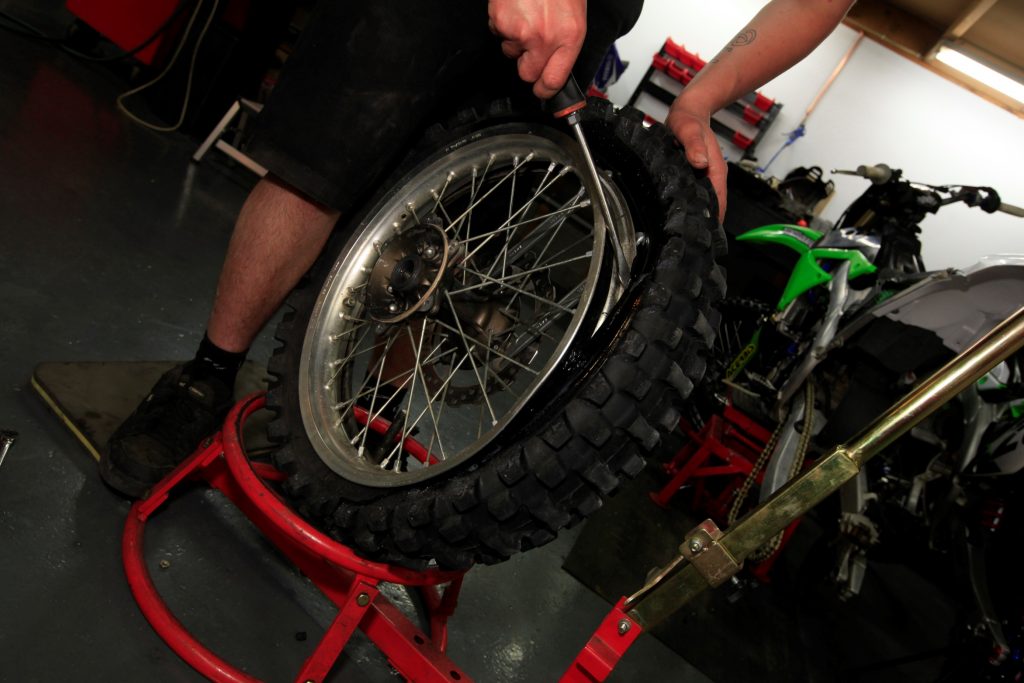 Clamp the wheels axle in a vice with soft aluminium plates and slip your wheel over the top. Next grab a can of penetrating oil (preferably with a long nozzle attachment) and spray into the end of each spoke. Over time moisture and grit can work its way into your spoke nipples and cause them to seize up. 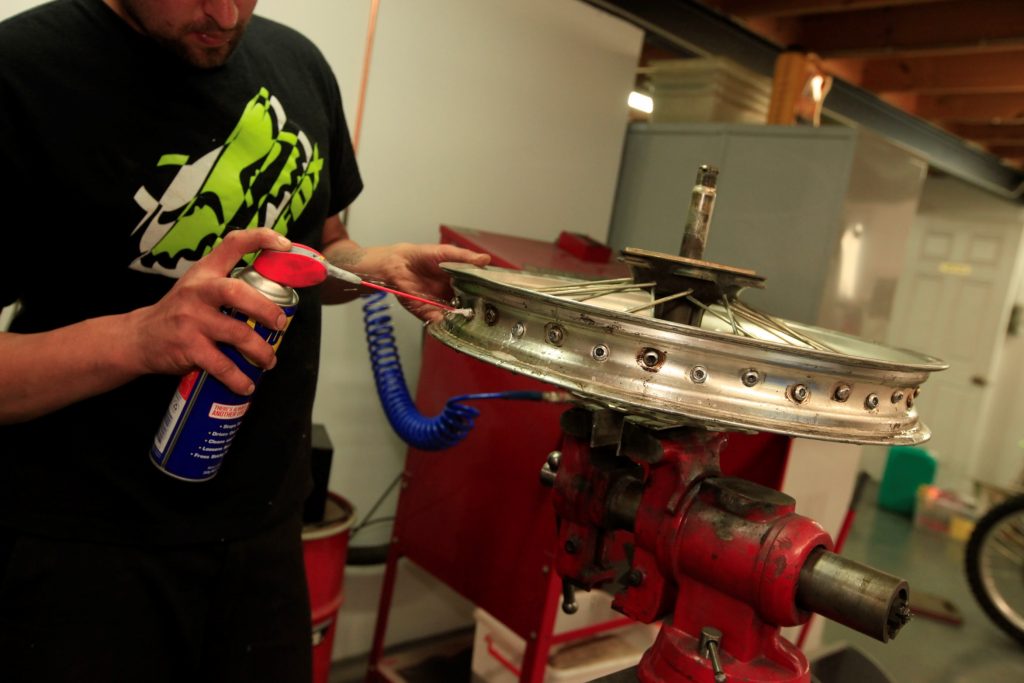 Using the appropriate sized spoke wrench for your spokes, work around the wheel undoing each spoke nipple just enough to loosen it. You can damage your rims or break spokes by completely undoing spokes while the others are still at full tension. Once you’ve released the pressure on each spoke, go around again and remove each nipple. 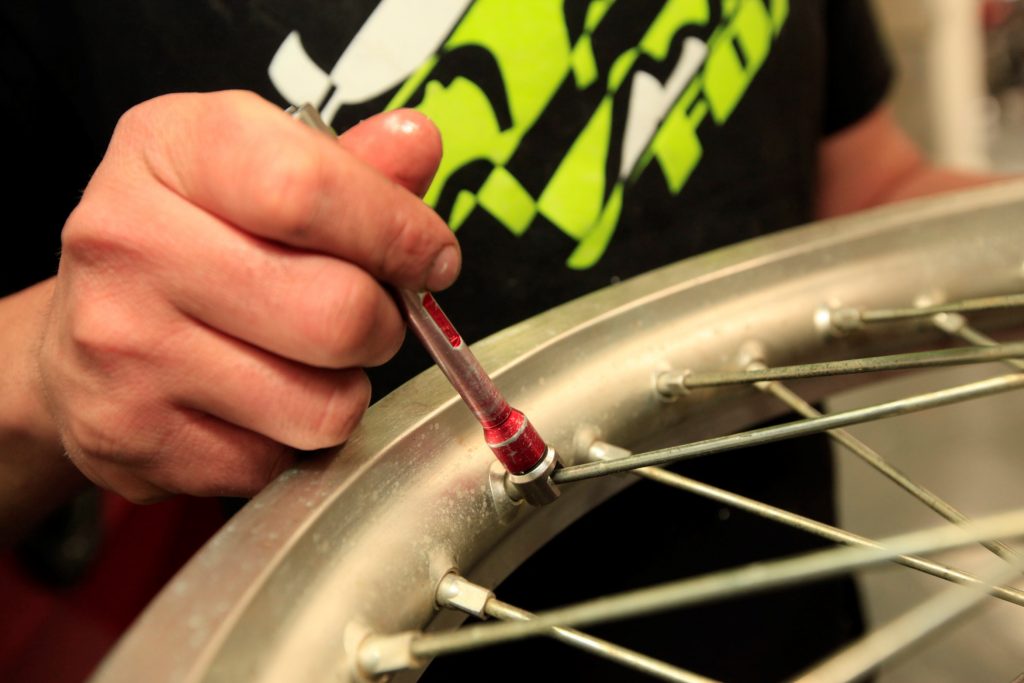 If your spokes are still in great conditions it’s just a matter of lifting off the old rim and slipping over the new one without removing the spokes from the hub. Each spoke should still be crossed over the others correctly and pointing in the right direction for you to feed into the wholes in the new rim. 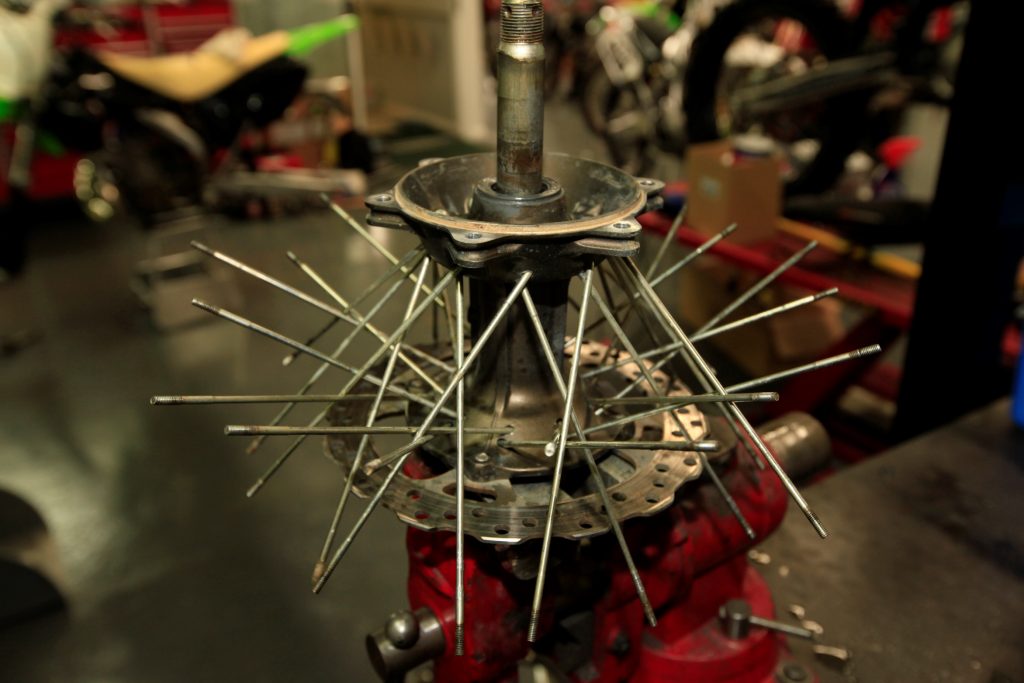 If your hub or spokes also need replacing, transfer to a clean work bench and sit the hub inside the rim. If you’re building a rear wheel, separate your inside and outside spokes (the have a different bend angle) into two piles. If your rim is offset in the hub, so long as you’ve selected the correct spokes they should be of the right length to position the rim in the right place when all threaded up exactly the same. 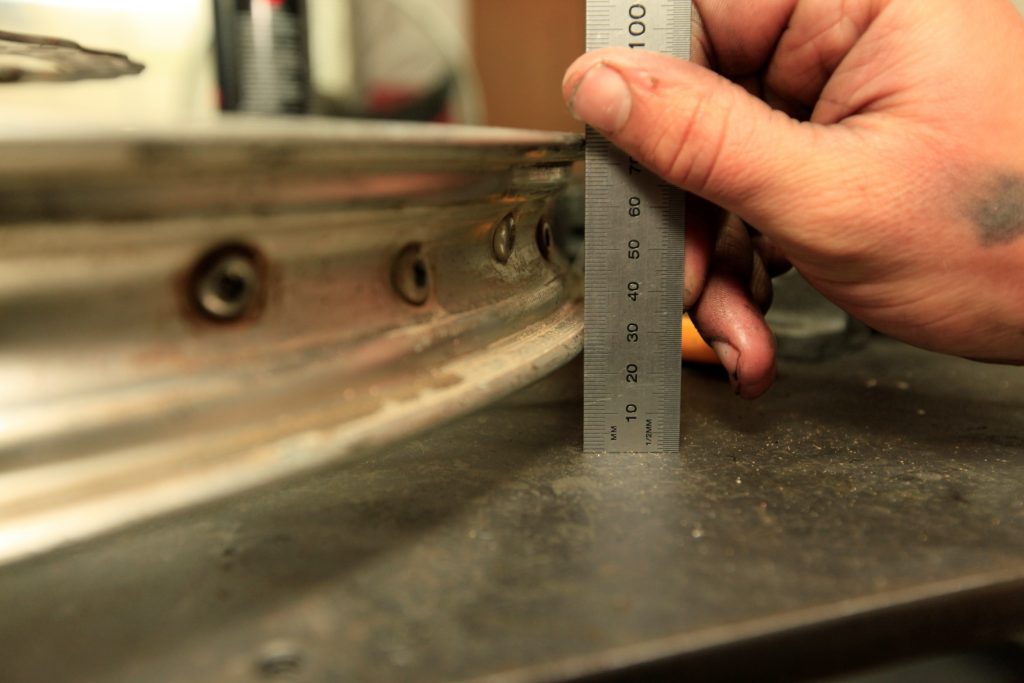 Feed outside bend spokes through the top row of holes in the hub and work around the rim securing each in place four holes along from the last spoke. Flip the wheel over and repeat step six, again with “outside” bend spokes. 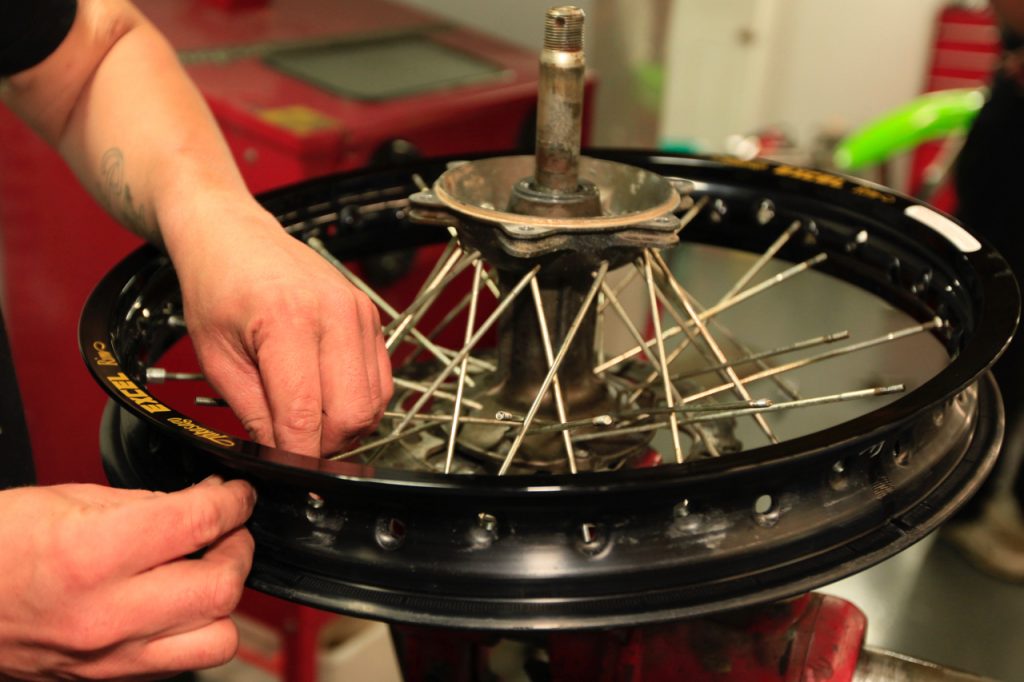 It’s now time to feed through the inside bend spokes. Notice how the holes are set slightly lower in the hubs – this is so each inside spoke can cross underneath its neighbouring outside spoke as it goes in the opposite direction to its home in the rim. Tighten each spoke nipple up until only two threads on the spoke remain and then go around again until the spoke nipples just cover the thread. From here its time to get your wheel into a wheel truing stand and begin tightening each spoke further until all of them are up to the correct tension. Draw a line on the wall in front of your truing stand to gauge with your eye any wobble in the wheel as it spins. At the point where the wheel pulls away from your line, tighten the spokes on side closest to the line to bring into line. You can also use a cable tie fastened around the frame of the truing stand with the end close to the rim to gauge any irregular movement.