We take a look at the 1998 Yamaha YZ400F owned by ADB reader Terry ‘Scarbs’ Scarborough.

WHY’D YA BUY IT?
When the new YZ400F came out I was riding a tricked-up DR350 with a 440cc kit in it and Terry Hanson, the owner of Bike and Rider in Mt Isa wanted me on one so a deal was done and it was one of the first three in North Queensland. We got some spares from Yamaha so I was set for the ’98 race season in North Qld.

WHAT YA DONE TO IT?
Terry did some suspension work on it when it was new as it felt twitchy after getting off the DR. The kickstarter broke at the first NQ race. Yamaha said I was not using the right technique but, within a few weeks, they sent me a new one as other bikes had done the same thing. In the meantime I ran a YZ250 kickstarter. It has had five pistons, a port job, one conrod kit, the barrel coated after a head gasket let go plus lots of oil and filters and general servicing. MPE tuned the suspension in 2003 and retuned it in 2008, mainly for the fork’s mid valving. I’ve also fitted a braided front brake line. 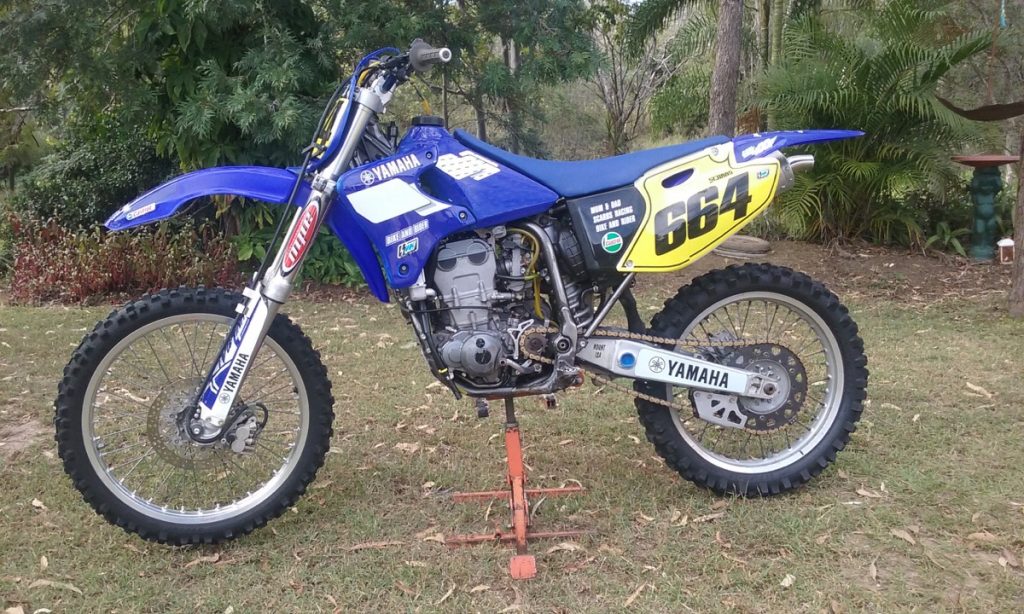 HOW’S IT GO?
The old rig goes great. Sometimes it can be hard to start hot after I’ve stalled it but, other than that, it has great power. Maybe a bigger front disc would help it stop a bit better (that’s just a want, not a need). Friends who have ridden it come back with a big smile.

RECOMMEND IT?
I would recommend a YZ400F if you can find a good one as they are getting on in years and you would have to weigh up the cost against a new bike, but they are very reliable to own.  I asked Craig Dack and Dean Ferris to sign my bike at the Gladstone round of the MX Nats last year and have put clear vinyl over the top on the shrouds.
with Dylan Ruddy 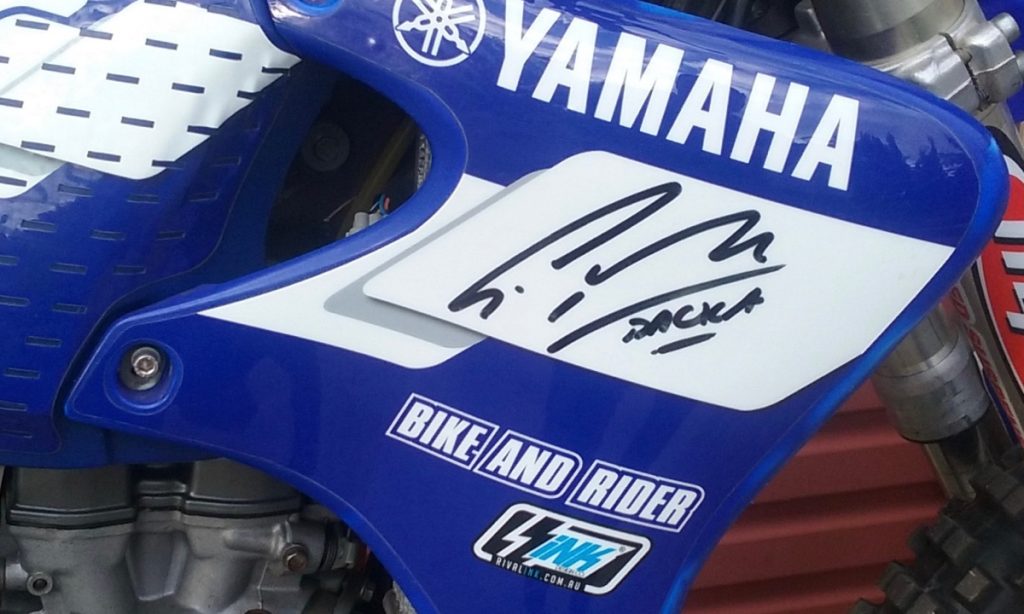 5 THINGS YOU DIDN’T KNOW ABOUT SCARBS
1 In 1998 he raced it at the Thumper Nats at Conondale in the Clubman 400 class which was a full grid of 40. The year before in the same race on the DR there where 62.
2 At the end of the 1998 season he sold the bike due to an injury and being off work. Luckily, the bloke who bought it did not leave town and sold it to a local lad who Scarbs knew. He ended up buying it back in 2002.
3 The old rig had been sitting in the shed idle for eight years before Terry took it to the King of the Goldfields in Charters Towers last year for the 20th running of an event the YZ first raced in 1998. It managed a few laps despite eight-year-old tyres and muck in the carby.
4 He got his first bike when he was seven, a Honda MR50, and started racing when he was 14 on a CR80.
5 Daughter Tegan still has her GT80, eldest son Jamie races a Yamaha YZ250F and younger son Ryno races a YZ125 while Terry still races at selected events on a YZ250F.