Brett wanted a 1290cc KTM Super Enduro but KTM doesn't build one, so he made it himself.

WHY’D YA BUY IT?
I like my Super Enduro 950 and KTM wouldn’t build a 1290cc one. I thought I’d do it if they weren’t going to. The Super Duke was the closest thing to a 950 SE as a starting point. The Adventure R is an adventure bike, it’s fat and heavy. I liked the styling of the Duke.

WHAT YA DONE TO IT?
How long’s a piece of string? Where do I start? The project started as a brand new 2018 white Super Duke R. The tank and shrouds were sent straight to a paint shop to have them sprayed orange and black. I had the rest of the bike delivered and I stripped it the next day to the bare frame, electrics and engine, with only 5km on the clock. I replaced the suspension, put the Adventure swingarm on it, the Italian Kineo tubeless, CNC-machined wheels and there is heaps more. I just went to town with it. I don’t work anymore because I broke my back, so I just plod around building stuff and ride when I can. The build took me about three months. 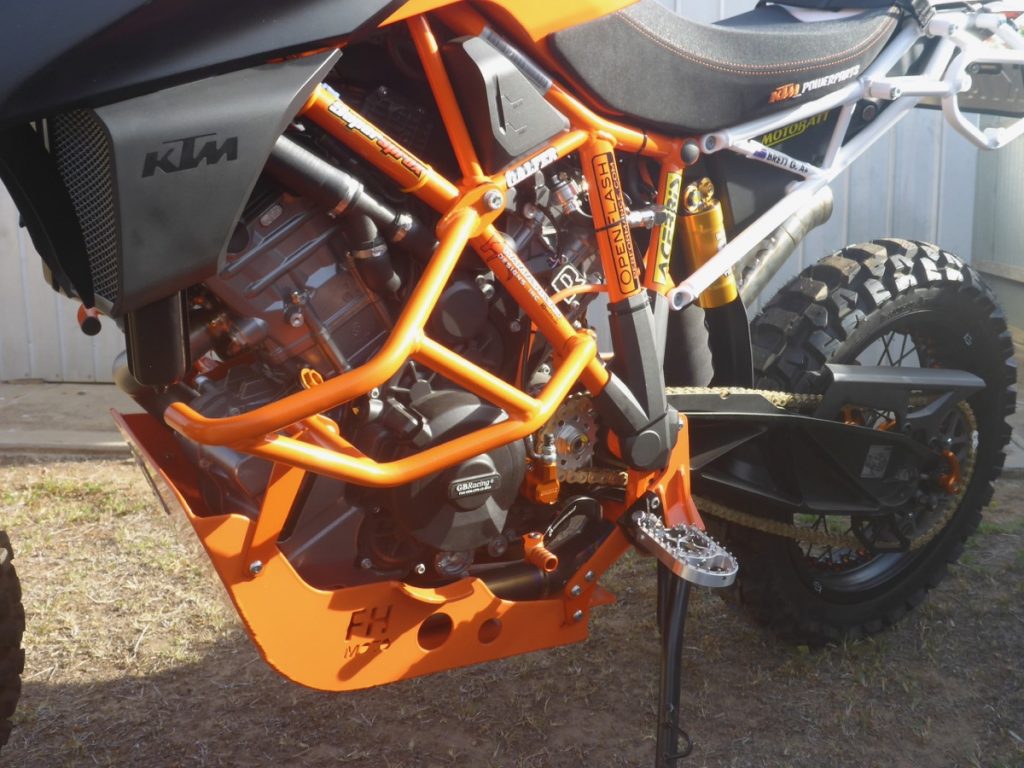 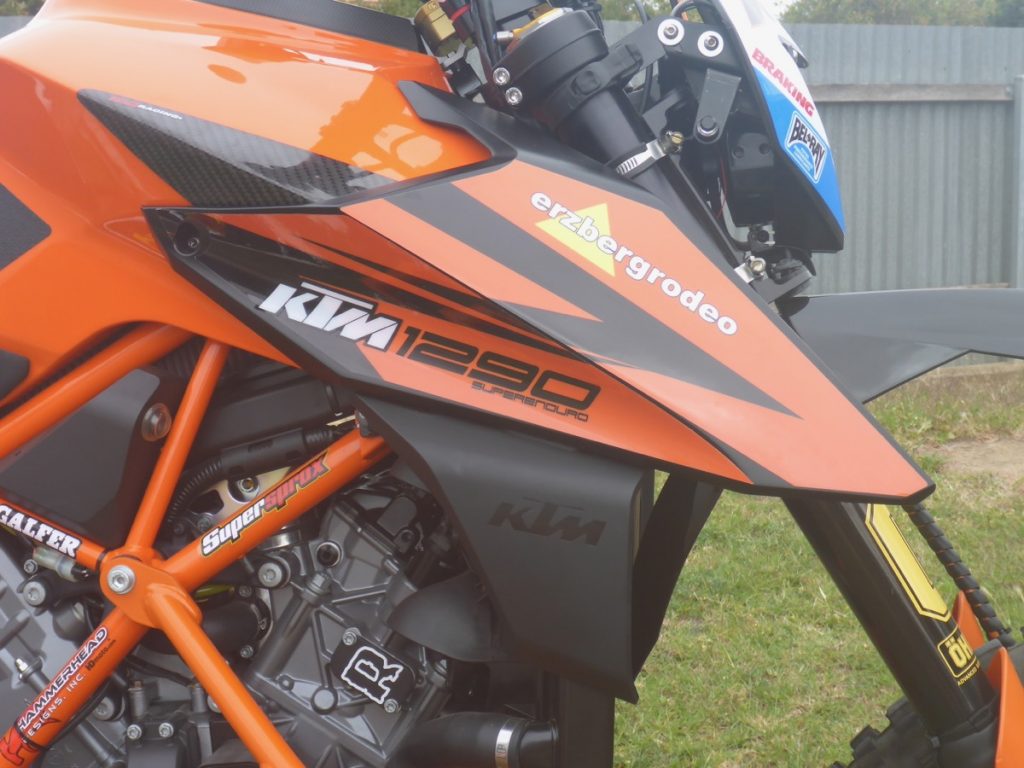 HOW’S IT GO?
It runs pretty awesome. It’s going to chew through tyres pretty quickly. If you’ve been on a Super Duke, it’s like that on dirt. I bypassed all the ABS and that rubbish. I grew up racing 500cc motocross bikes. I didn’t need that shit then and I don’t need it now, really. I’ve got an Open Flash ECU from a guy in the UK and it has dyno’d at 180hp. A lot of people ask me if it feels heavy and it doesn’t really. It feels a lot like the 950 Super Enduro. People always think that it must be too big, but it’s no different to sitting on an XR600 with a bigger tank on it. I use it mainly for open dirt-road stuff. It’s not really built for the tight stuff and jumps.

RECOMMEND IT?
Go for it. It’s definitely worth it. I’m sure they’ll be pretty happy. It’s just like a big Super Enduro. If you want heaps more horsepower, that’s the ticket.

5 THINGS YOU DIDN’T KNOW ABOUT BRETT
1 He thinks there are only two bikes like this. The other one was built by Jiri Heinik in Europe for Erzberg.
2 Brett broke his back in a workplace accident. He had ridden road bikes, but his back couldn’t handle roadbike ergos anymore, so he returned to riding off-road exclusively.
3 He has never had a car licence and has ridden bikes all his life.
4 His second cousin was the late Andy Caldecott.
5 The Honda XR600 he owned is one of his favourite bikes. 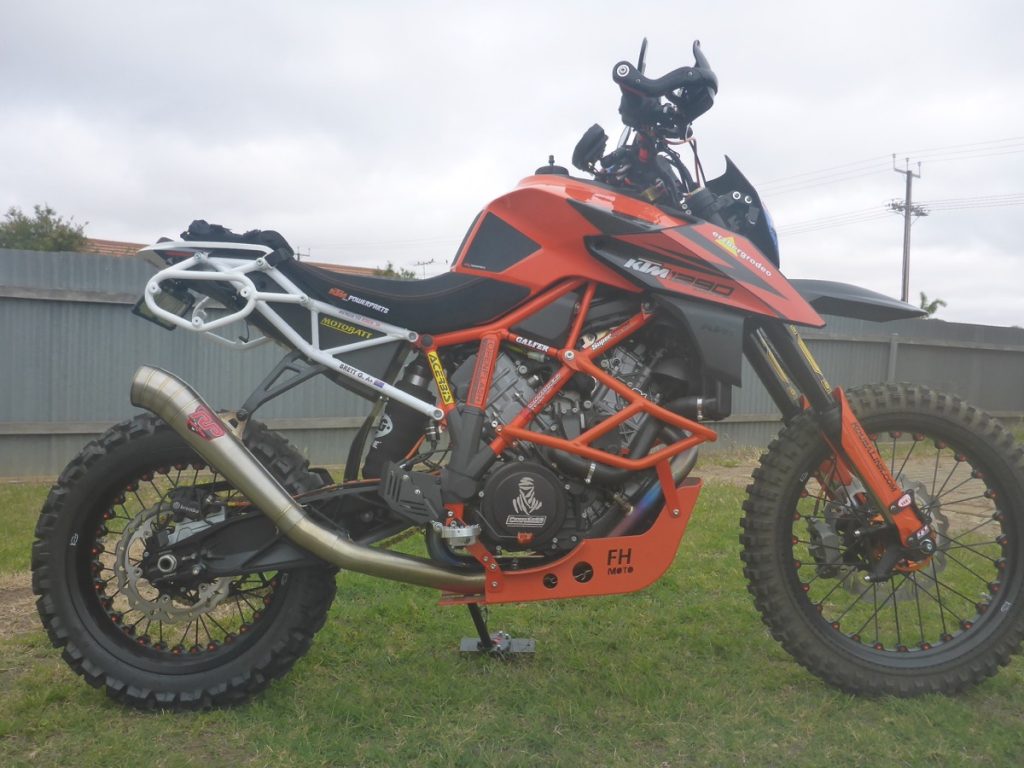 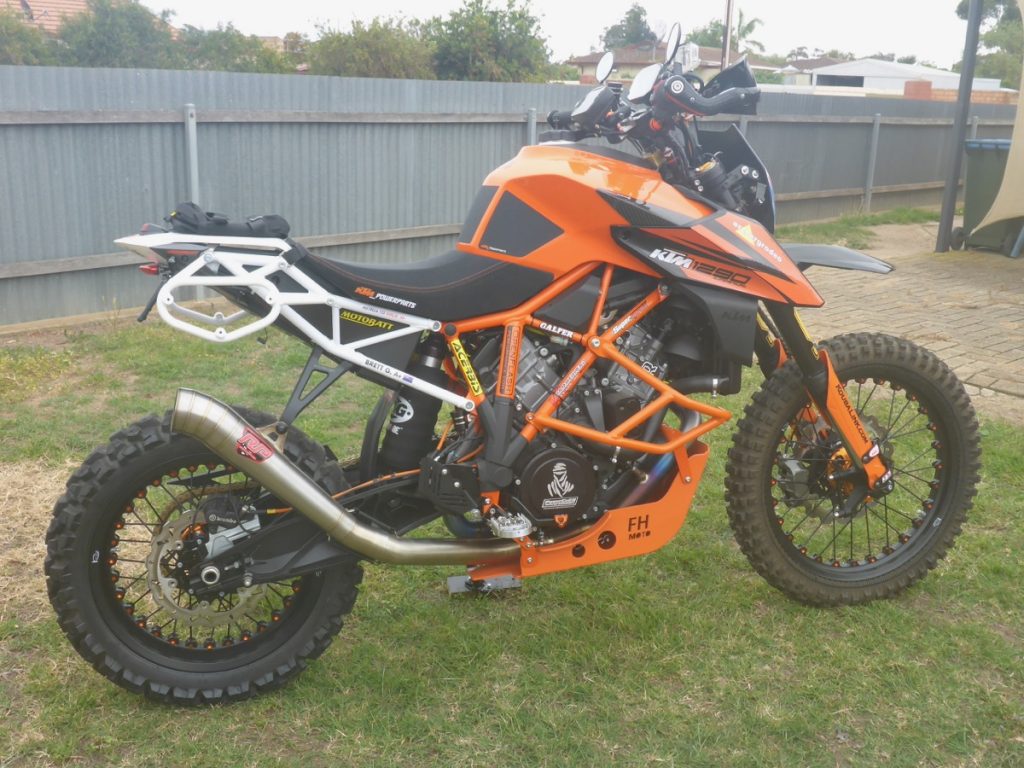 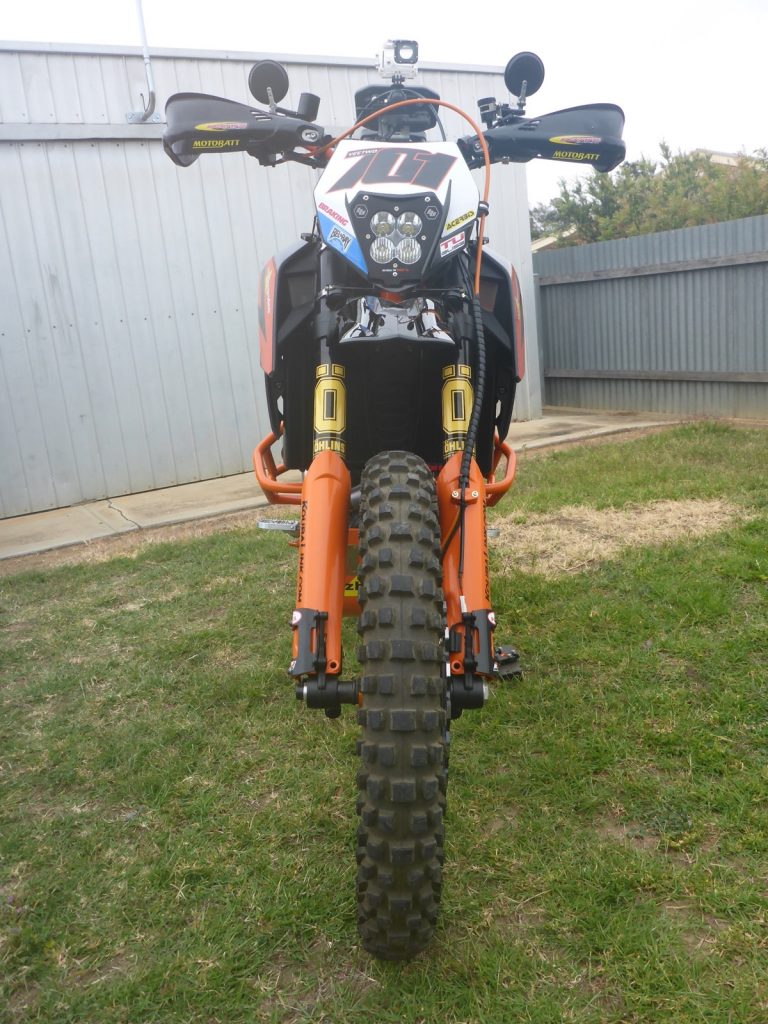 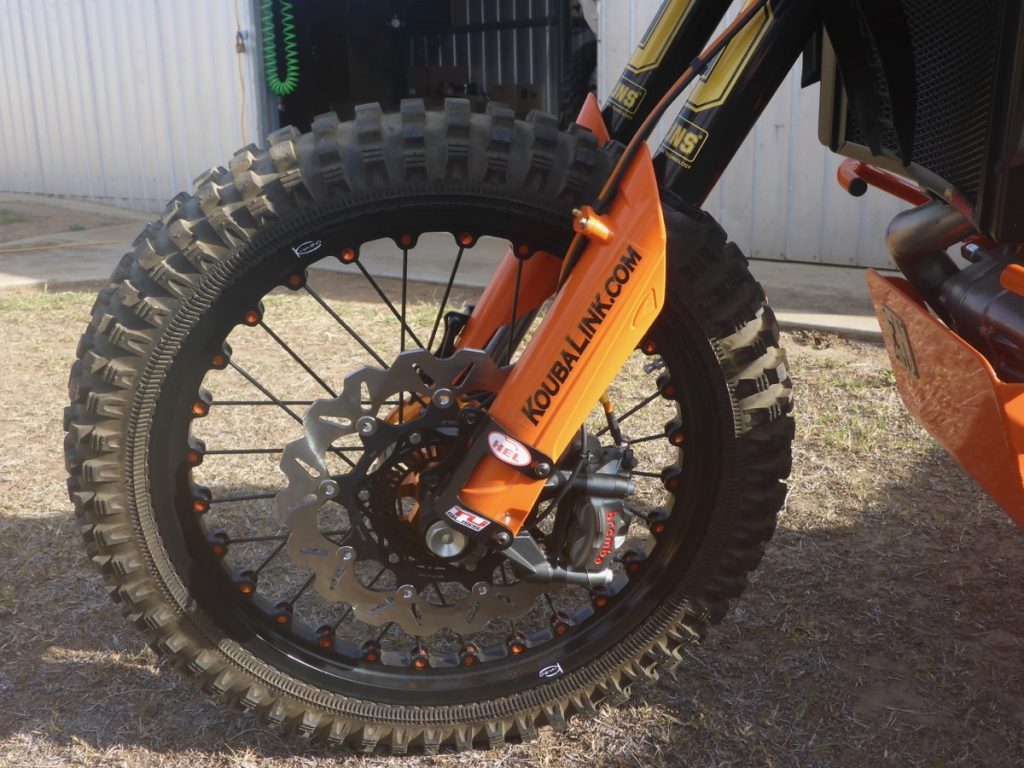 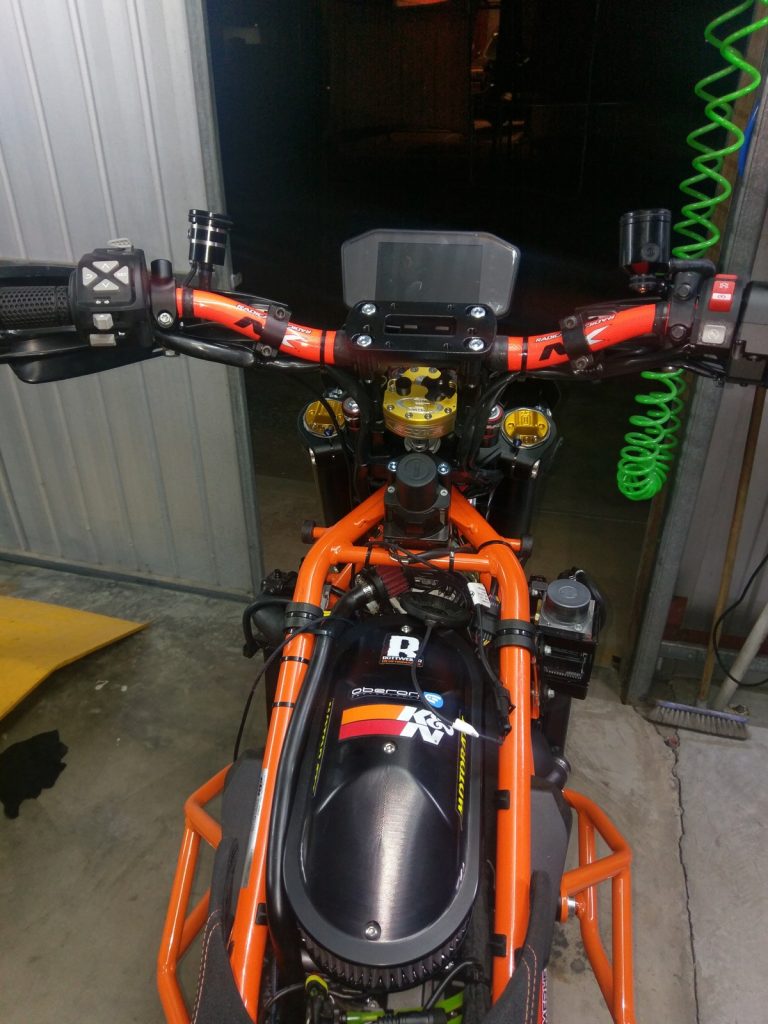 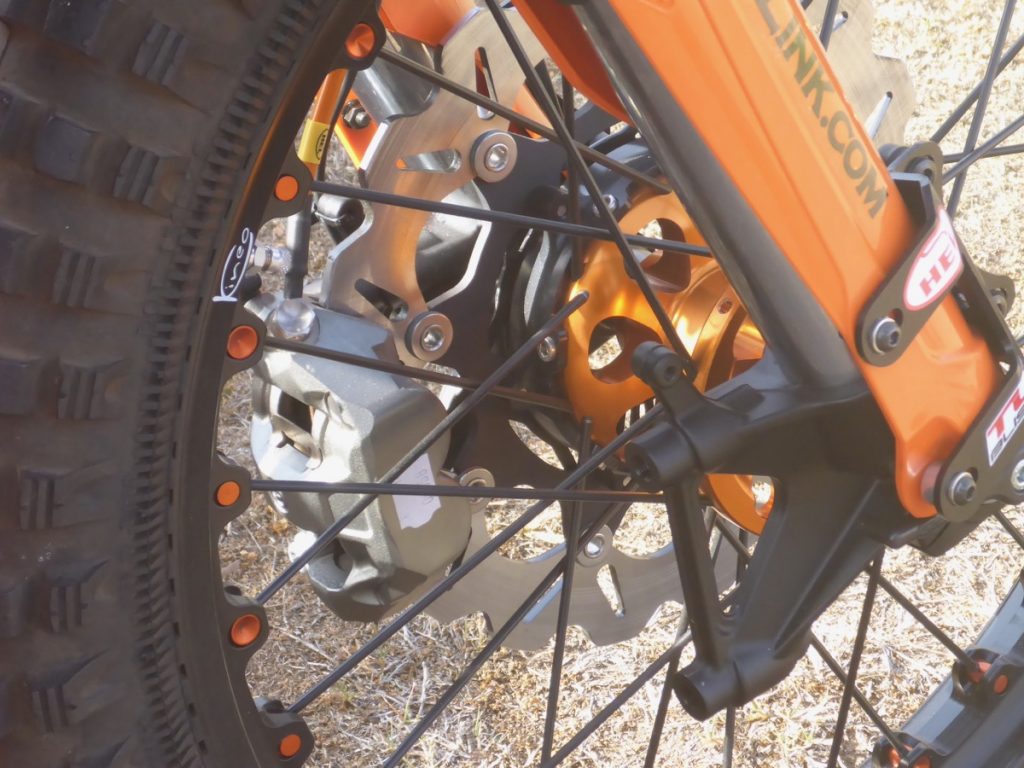 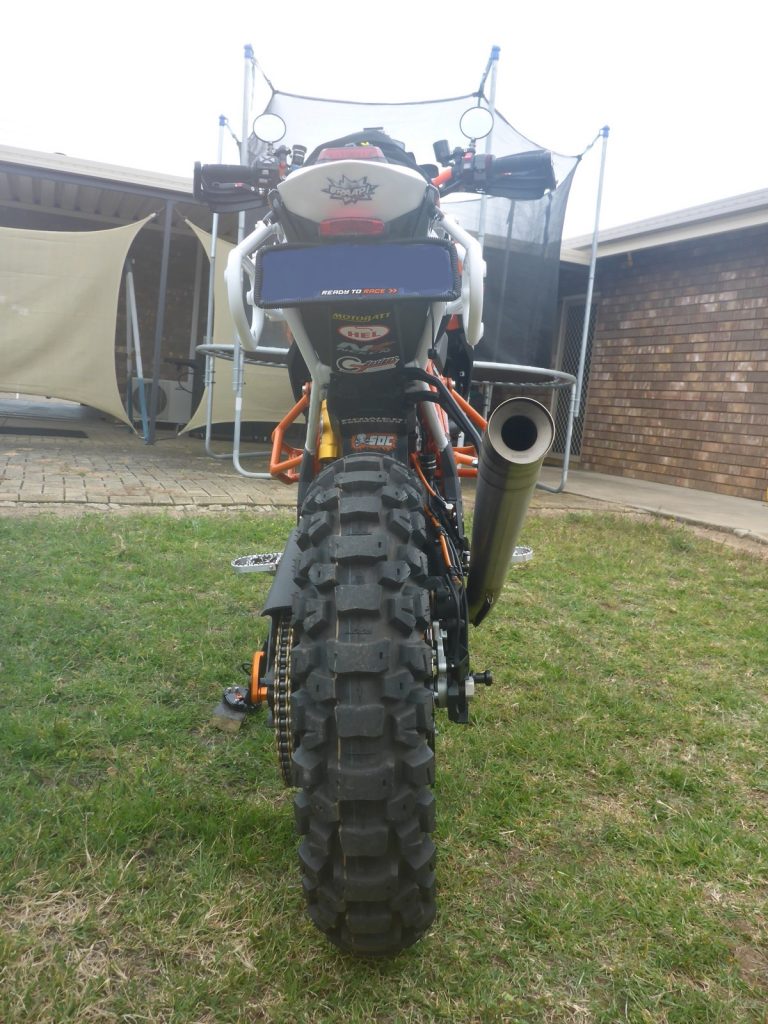 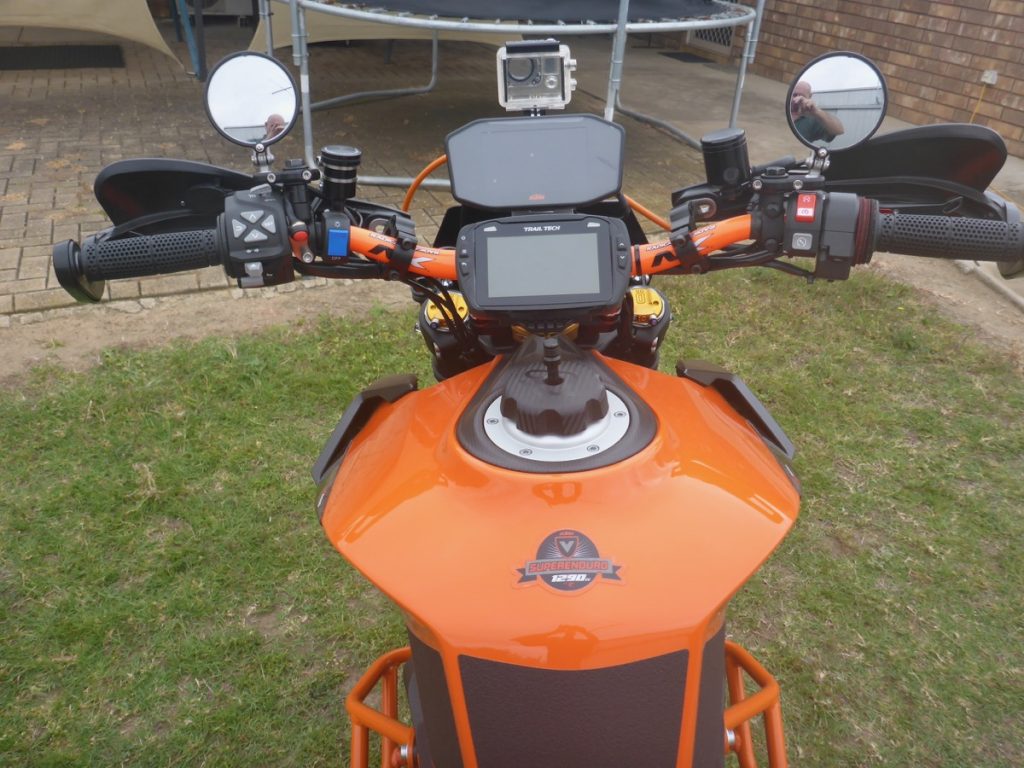 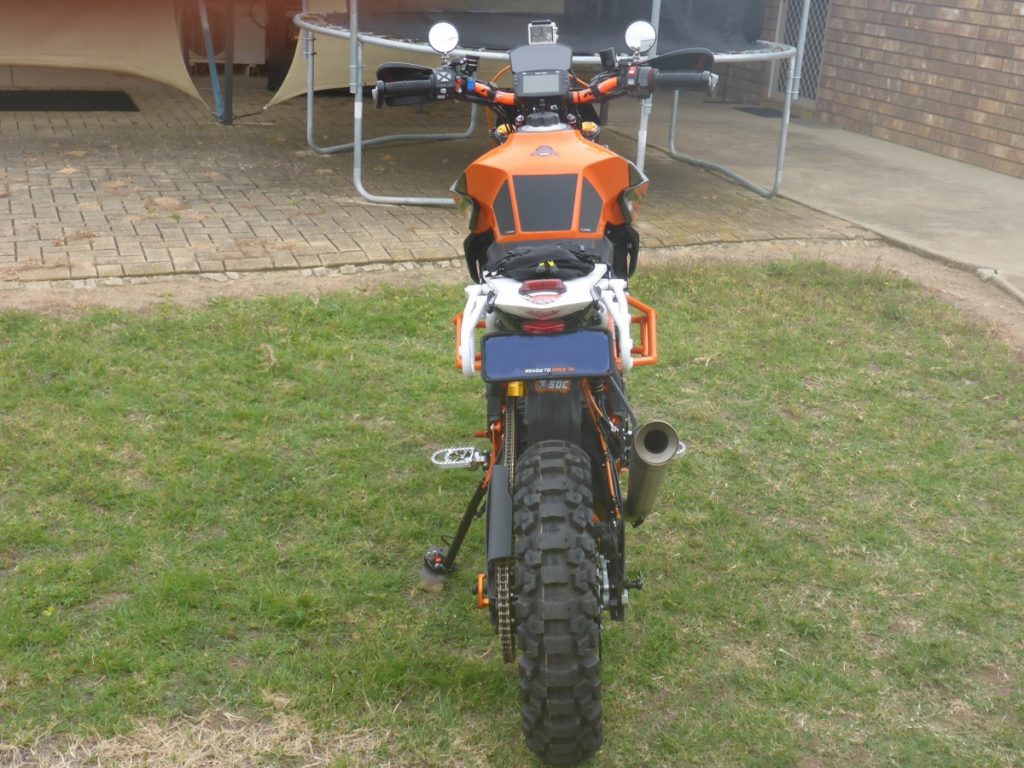 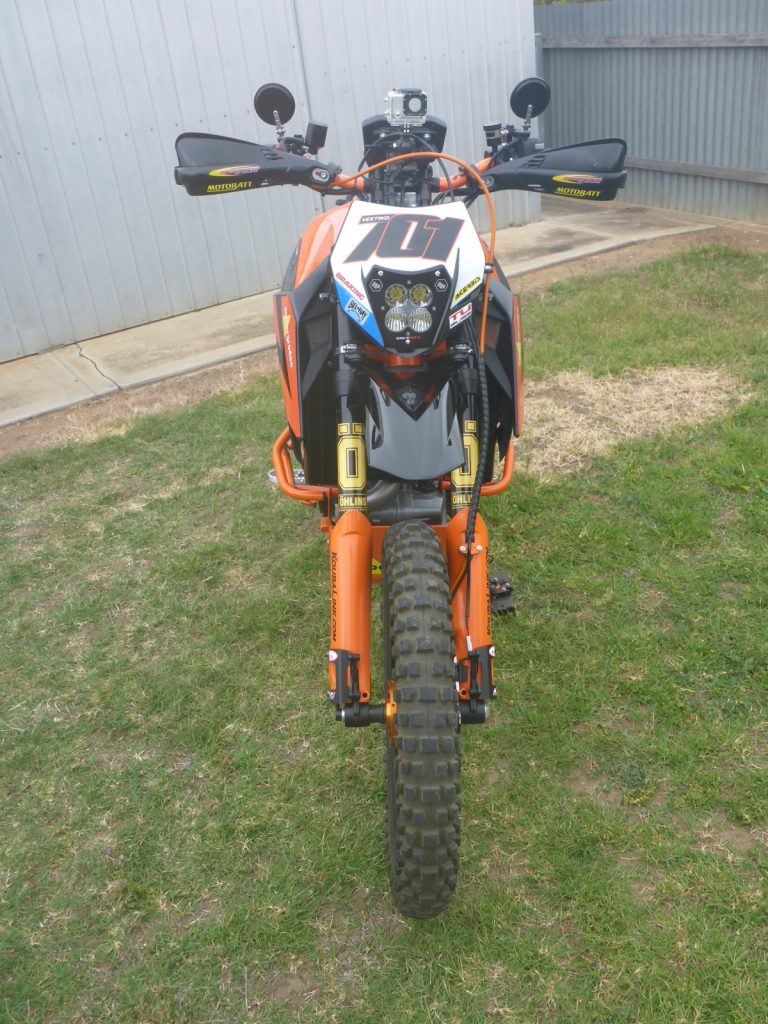