Loket hosted Round 13 of the 2019 FIM Motocross World Championship where Monster Energy Yamaha Factory Racing’s Romain Febvre had a brilliant performance winning his first GP since 2016.

At the Gate drop of MXGP Race 1 Monster Energy Yamaha Factory Racing’s Jeremy Seewer took the FOX Holeshot ahead of his teammate Romain Febvreand Team HRC’s Tim Gajser, but Monster Energy Wilvo Yamaha Official MXGP rider Gautier Paulin pushed the HRC rider to the side and moved into third place. Gajser moved back past Paulin to get back into third place, and behind him came Paulin and Team HRC’s Brian Bogers.

Febvre made gains with a pass on Seewer for first place at the opening lap. After three laps Febvre held just over a second to Seewer, followed by Gajser, Paulin and Rockstar Energy Husqvarna Factory Racing’s Arminas Jasikoniswho moved past Bogers for fifth. A lot happening mid pack as Rockstar Energy Husqvarna Factory Racing’s Pauls Jonass was all over Bogers for sixth place while Jasikonis was doing the same to Paulin for fourth position.

After eight laps it was still Febvre leading with around four seconds between himself and Seewer, with Gajser losing ground on the two Yamaha riders. Gajser started pushing harder at the end of the race and closed up on Seewer for second place. 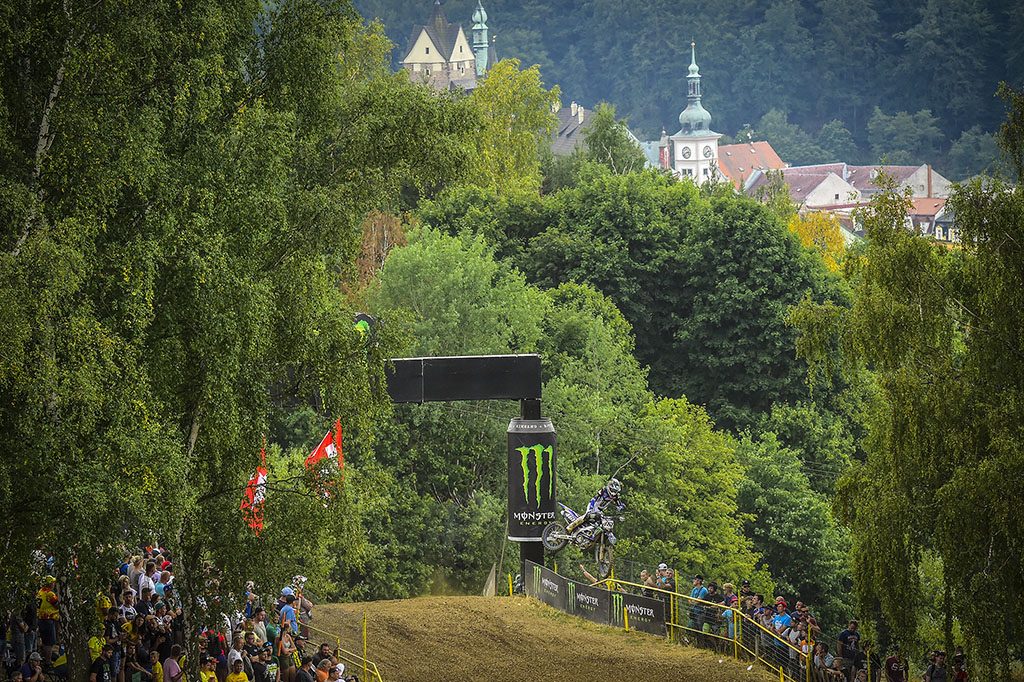 After 13 laps Febvre held a four-second lead over Seewer with Gajser all over the Yamaha riders in third, then came Paulin and Jasikonis.

Gajser moved into second place after passing Seewer and added a few points to his championship lead. Gajser then easily pulled away from Seewer and seemed to be going after Febvre for the race win. Febvre though was too good and Gajser found himslef settled for the second place. Febvre won race 1 in Loket from Gajser and Seewer finishing third.

Race 2 started nearly identicalfor Seewer who again took the FOX Holeshot and led the way ahead of Gajser, Paulin, Febvre and Monster Energy Wilvo Yamaha Official MXGP Arnaud Tonus. Febvre was quickly into third place and passed Paulin. Monster Energy Kawasaki Racing Team’s Tommy Searle also pushed hard as he moved into fifth place while Febvre moved forward in the early going of the race and looked to get to the front; the French moved into second place while Gajser seemed to back it down a little as both Seewer and Febvre were riding on the edge and very close. On lap three Febvre tried to make a pass on Seewer but couldn’t get past. 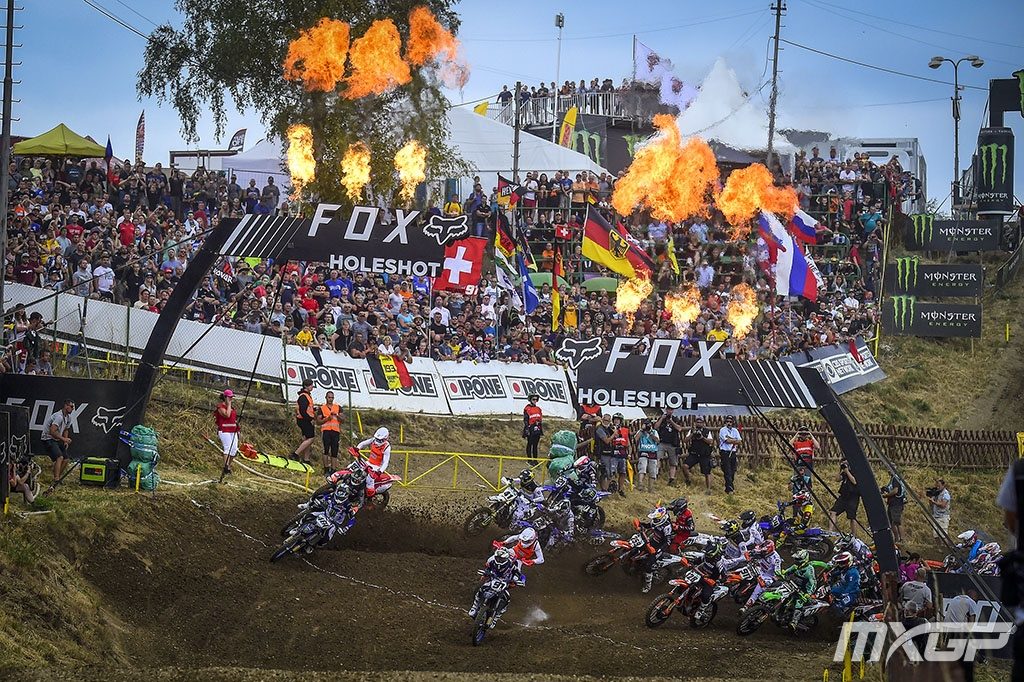 Gajser, after taking a little rest started pushing again and was back onto the two front guys. A brilliant battle for first place between the two Monster Energy Yamaha riders was set leaving Gajser sitting back watching it all. Febvre managed to move into first place on lap six.

Gajser started putting massive pressure on Seewer for second and pushed to get past but had to wait. Gajser rode past Seewer to move into second and started chasing after the leader.

Back in 9thposition Searle crashed into the wire fence and his bike was stuck dropping himself into 21st.

Febvre settled and took command of the race, winning his third race of the season from Gajser and Seewer.

Monster Energy Yamaha Factory MXGP’s Romain Febvre has won the MXGPof Czech Republic at the Loket circuit with a brilliant 1-1 performance and scored his first Grand Prix victory in three years. Second overall was Team HRC’s Tim Gajser with 2-2 scores and third Monster Energy Yamaha Factory MXGP’s Jeremy Seewer with 3-3 results. Tim Gajser goes to Lommel with 177 points ahead of Seewer and with a change to gain the title at the MXGP of Belgium.

Roman Febvre: “I’m really happy about it. The road was long but I really had a perfect weekend. This means everything. A victory you can’t describe, I stalled the bike in the second race and Tim closed the gap and I opened the gap. We had a good start in the first race, was second behind my team-mate and I passed him quickly, he was following me, but I was comfortable, and I didn’t take pressure from them. I am happy to win for my team.”

Tim Gajser: “I am happy overall. Yesterday I struggled because the bumps were hard. I finished second both times and Romain was quick on this track, so I am happy for him. Also, thanks to the fans and my team, I’m looking forward to Lommel now”

Jeremy Seewer: “Romain was on another level all weekend and how relaxed he was. From my side I struggled in free practice and timed practice and we made some changes. Three in a row and I try and be better and better. It is a tough competition with Romain and Tim. Now I look forward to Lommel and some sand.”