Held deep in the expansive deserts of Sonora, Mexico, the Yokohama Sonora Rally is a five-day off-road navigation rally and a true Dakar-style adventure.

Created by Dakar veterans Darren Skilton and Scott Whitney in 2014, the venue has brought rally raid, a mainstream attraction in Europe and Africa, to the forefront of the North American automotive world. Organizers have fueled the passion and growth of the sport authentically, bringing decades of experience in the form of world-class road books, pre-event navigation classes, and professional logistics management.

The region’s uncharted territory, massive sand dunes, and spectacular landscapes lend perfectly to rally raid, and nuances of Sonoran culture render it an authentic international venue. The Sonora Rally is also the only North American race to be deemed an official “Road to Dakar” event. This prestigious affiliation with Dakar has landed it squarely in the center of the global media stage. Traditionally open to dual-sport motorcycles, UTVs, and four-wheeled vehicles, this year they are introducing a non-competition Adventure Raid component to the rally.

The Raid  Adventure Raid is designed for those that want to experience rally raid and navigation without the stresses of racing. This guided trip is open to street-legal four-wheel drive vehicles such as Jeeps, Raptors, and Tacomas, as well as dual-sport BMWs and KTMs. 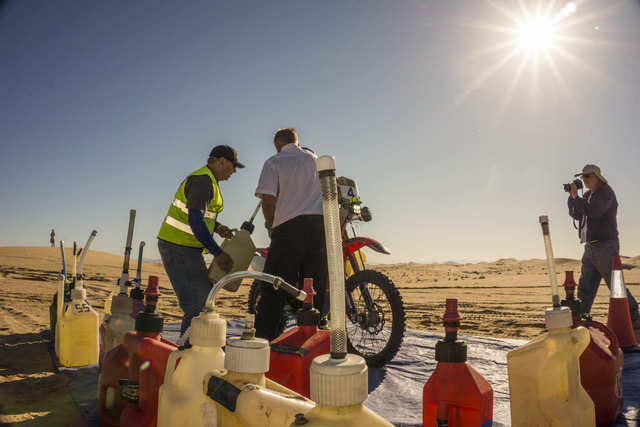 Sonora, Mexico’s second largest state, is home to an area of million-year-old sand dunes, or “ergs.” Geologically, the Sonoran erg is one of only five of its type in the world, and the only one in North America. It is a mystical and mesmerizing place with unparalleled landscapes, indigenous cultures, and stunningly beautiful beaches. Celebrated for its premium steaks, seafood, and authentic tortillas de harina (flour tortillas), Sonora captures the essence of Northern Mexico.

On the first day, after the racers make their way through scrutineering, Adventure Raid members will join competitors in an instructional navigation class. The next day the group will travel at an easy-going pace, allowing time to take in the scenery and absorb the full Sonora Rally experience. At pre-determined points, they will turn off on lonely two-tracks that intersect the racecourse to get close to the action. Participants have the choice of following their guide or venturing out on their own, navigating via provided GPS tracks. When the sun dips toward the horizon, they will head for the nightly bivouac to experience rally raid at its finest. 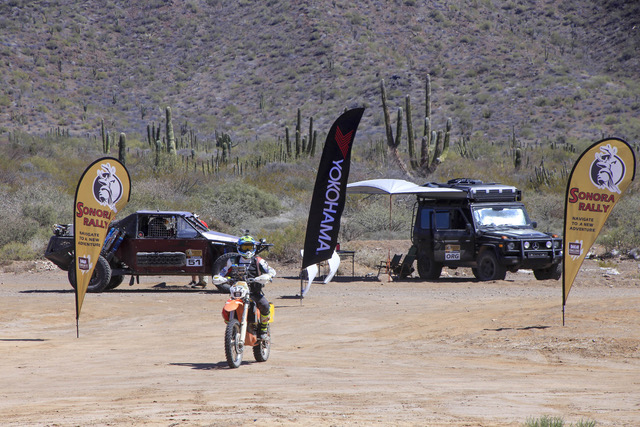 The Bivouac Sonora Rally is renowned for its unique bivouacs. Erected deep in the desert or near sandy beaches on the Sea of Cortez, they are a place of camaraderie where world-class competitors, amateur racers, and crews mingle and share tales of their exploits. Adventure Raid participants will enjoy locally sourced food and artisanal beer, as well as Mexico’s famous Guadalupe wine provided by celebrity chefs. Four nights will be spent in hotels (included with registration) while others will be camping under the stars. After the morning gathering for breakfast, participants will head out for another day of exploration.

This year’s Adventure Raid will be led by Chris Collard, an internationally recognized journalist and adventurer. He began traveling in Mexico in his youth, has crossed all seven continents by four-wheel drive, and is an Off Road Motorsports Hall of Fame inductee. You will be traveling in good company.

This year’s Sonora Rally takes place 17-22 March 17-22 and there is limited space available in the Adventure Raid Class.

For more information go to http://sonorarally.com/entry