STYKE GOES BACK TO BACK IN AORC | News

Yamaha Active8 Yamalube Racing’s Luke Styke has surged to back to back E1 class championships after securing victory at the final round of the Australian Off Road Championship, at Hedley in Vic.

Styke came into the final weekend of racing carrying a 16 point lead in the E1 (250cc) category but couldn’t afford to take it easy as a gruelling weekend was ahead and plenty of hours of racing still to be completed.

In Saturday’s Cross- Country event, Styke started strongly and was leading the E1 class but made some mistakes in the later stages of the 3-hour race to allow his championship rival, Lyndon Snodgrass, to steal the round victory and move three points closer.

With the gap now at 13 points, Styke needed to finish inside the top five on Sunday to win the class if Snodgrass snatched the final round victory. But in typical Styke style, he won the final round in another strong performance and rolled across the finish line with his fist in the air celebrating another successful AORC campaign. 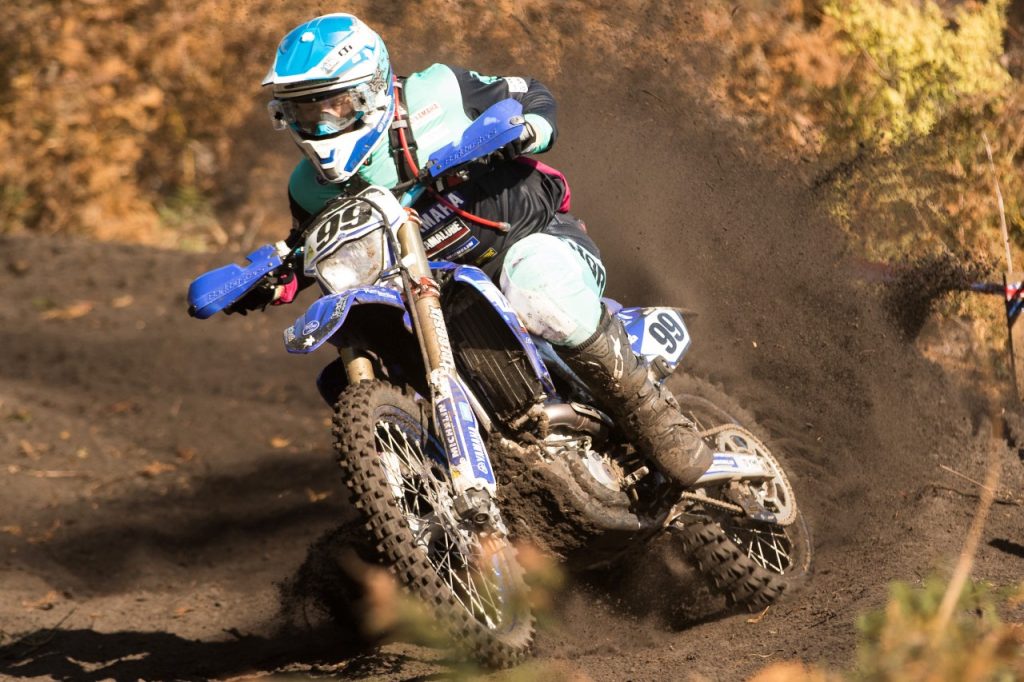 “Its good to get the championship win and go back to back in the E1 class,” Styke said at days’ end. “I struggled a bit on Saturday as my energy dropped dramatically in the final stages and I wasn’t at my best, but I was able to regroup overnight, get some food and hydration in and felt much better on Sunday morning.

“The team did a great job again and the bike was prefect all weekend. Three hours on a 250 on a fast and sandy course is hard work and then the boys put some hours in on Saturday night and it ran strongly and was perfect all weekend.

“Thanks to the event organisers and sponsors on another great series and I also would like to congratulate Lyndon, Fraser and Michael on making the E1 class a great race and exciting challenge this year.”

The ever consistent Josh Green did what he does and rode his way to more podium finishes over the weekend in the E2 division. Green finished second both days in class and inside the top four Outright to finish off another good season for the experienced campaigner. 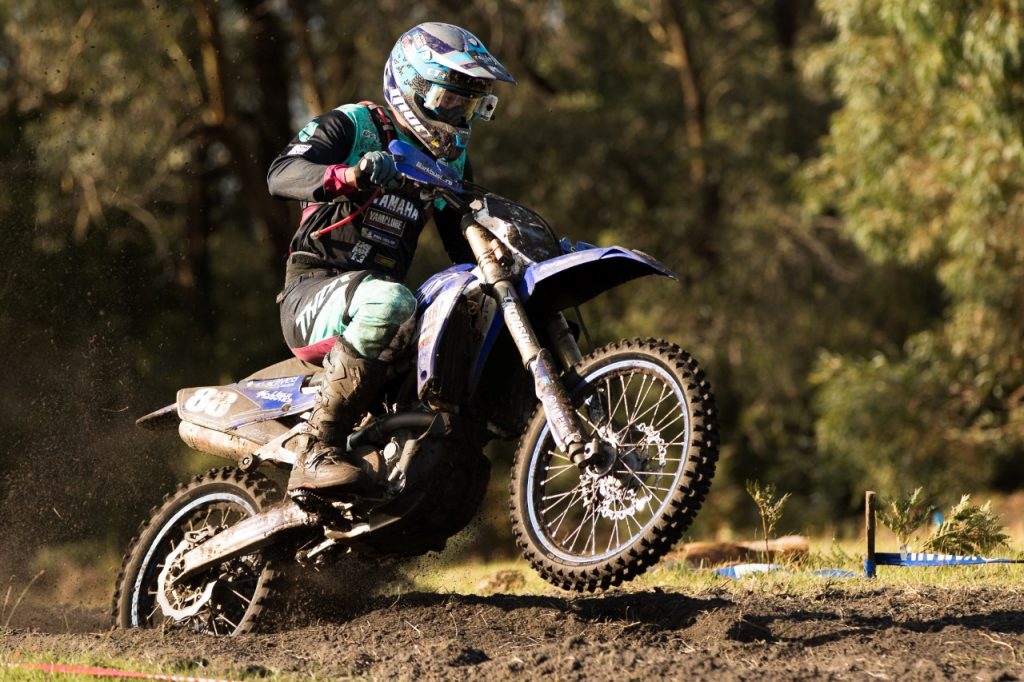 Green finished behind Daniel Milner in the E2 class for the season and was satisfied with his efforts.

“I gave it my best all season,” Green expressed in the moments after the final event. “Sanders and Milner are riding at such a high level at the moment and are just a bit above the rest of the pack. They are two world class riders and deserve their success, so congratulations to them.

“I’m satisfied with my year and think we did a great job as a team to stay in the hunt all year and remain consistent at every round. Racing the WR450F has been awesome fun and the bike has handled all the conditions well with no dramas at any stage.

“Thank you to everyone at Yamaha and our team sponsors for making 2019 enjoyable and look forward doing it again next year,” Green ends.

Michael Driscoll finished on a positive note, equally his career best result in Sunday’s Sprint event. Driscoll finished second in class for the round, hot on the heels of team mate, Luke Styke, and a very impressive fifth outright. Unfortunately, his charge was a too late, as he missed the championship podium by just three points but still left the Hedley venue with his head held high.

“The last couple of rounds haven’t been great for me but it was good to get things back on track here at Hedley and finish the season on a positive note. Saturday was good without being great, then Sunday was better again, and it matched my best results for the year, so I’m happy with that.

“The E1 class was very competitive this year and the four of us were close all year. It’s been great racing those guys and I continue to learn from them as well as my team every time we race.” 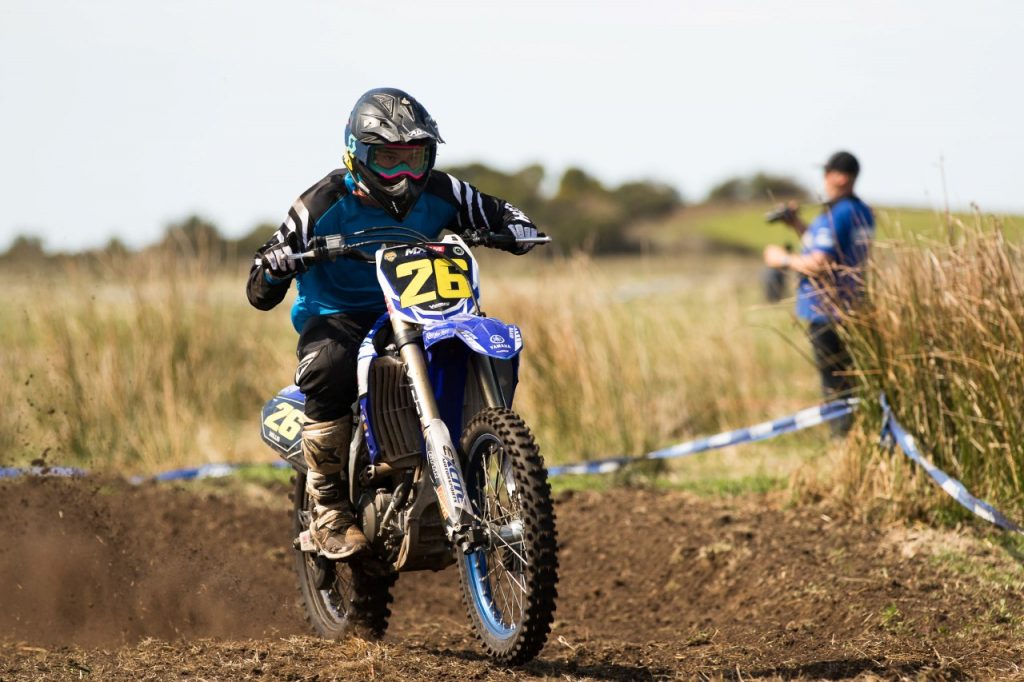 Yamaha Racing also posted significant results in other classes, claiming several podium positions both in the final rounds and in the championship.

Jess Gardiner locked down the Women’s championship on the back of her 3-1 results over the weekend. Gardiner was the reigning Women’s champion and proved she is still the one to beat taking the 2019 win by 28 points.

Making it a Yamaha 1-3 result was Emilie Karlsson who finished third, just one point from second when the points were tallied.

Jeremy Carpentier finished the year out in third place in the E2 division on his WR450F, making it a Yamaha 2-3 in class. Carpentier has adapted to the WR450F extremely well this year and has been a mainstay on the E2 podium at the majority of rounds, thoroughly deserving his podium position and standing alongside two established and internationally acclaimed riders in Milner and Green.

Blake Hollis came agonisingly close to winning the J4 (junior 250cc) championship, falling just one point shy. Hollis suffered a major injury contesting a motocross race several weeks ago but made a quick recovery and while not at 100% put in an almighty effort on the weekend in the hopes of securing his second J4 championship.

Despite missing two rounds, and bouncing back to win the final two rounds, one point was all that kept him from winning in 2019.

As previously mentioned, Kirk Hutton had already wrapped up the 2019 Masters championship.