The WP XPlor 48 uses a 12mm damper rod, 23mm cartridge tube and 28mm base valve, just like the previous open-cartridge fork. It also uses the same three-port base valve and mid valve on the right leg.

Unless you have been hiding under a rock you will know that the WP 4CS fork fitted on Husky enduro bikes wasn’t liked by all. Despite several revisions, it just never made the grade.

Testers complained of a lack of damping allowing it to blow through the stroke when riding at pace. “It doesn’t hold up even if the compression is clicked all the way hard,” wrote Enduro Editor Geoff Braico in our 450cc enduro test in ADB #440.

Making matters worse was the fact that most fans of the Austrian enduros preferred the more mundane 48mm open-cartridge WP fork fitted on the cheaper KTMs. The bosses at WP Group, down the road from the factory in Munderfing, Austria, were not happy.

For 2017 both brands’ enduro bikes got the new WP XPlor 48 fork, with Husky maintaining a point of difference by running three-way preload adjusters on the fork caps. It’s not entirely clear why the KTM’s didn’t retain the open-cartridge fork, which had been a stable and reliable unit for a long time, but the XPlor 48 is awesome, and has been well received by most punters.

WP was stung into action after the 4CS proved unpopular, and came up with the next big thing in suspension technology and Mattighofen decided to run it on both brands. Just about everybody loves the WP XPlor 48, with that man Braico describing the split system as plush and “giving plenty of confidence to tip into corners at pace” (ADB #453).

So how did WP turn the table and end up getting it so right? Here I’ll explain how the XPlor 48 works and its similarities to the previous open-cartridge fork. 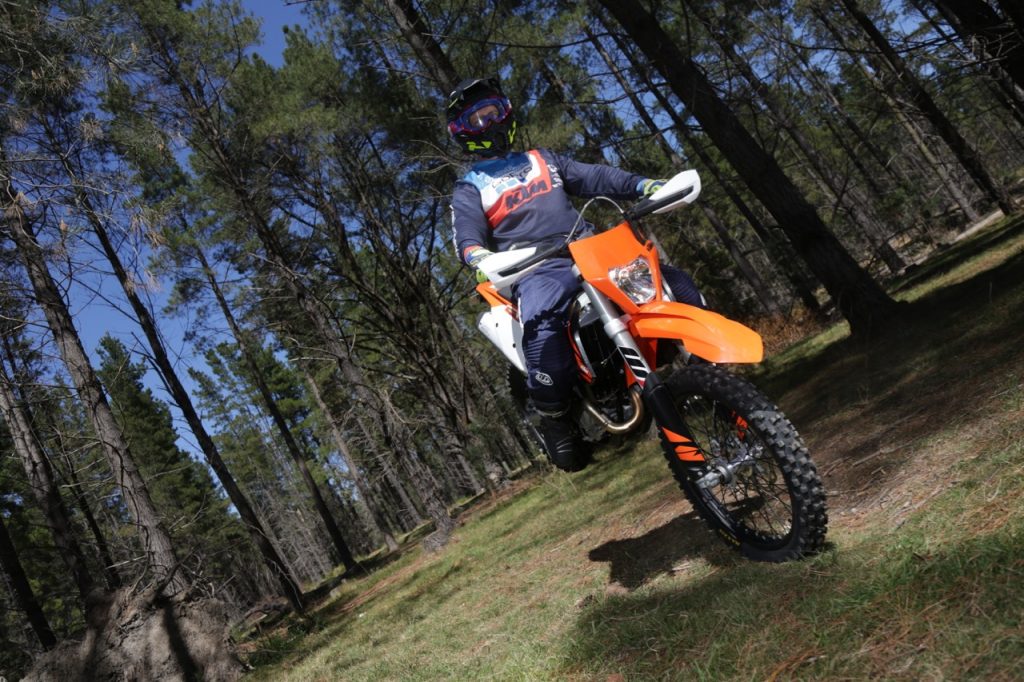 Both forks also use unsealed and unpressurised inner cartridges, unlike the WP closed-cartridge motocross range. The old open-cartridge fork has rebound adjusters on the caps of both legs which control oil flow through the mid valve and adjust rebound damping. The bottom plugs have compression adjusters that control oil flow through the base valve and adjust compression damping.

The XPlor fork legs are not symmetrical and only have adjusters on the caps. There are no adjusters on the bottom. The right fork leg controls all of the rebound and about 2/3 of the compression damping. It uses stiff valving to control the rebound valving in that one leg.

Unlike WP’s open-cartridge fork, the compression adjuster is not connected to the base valve. The compression damping is adjusted through a fixed-orifice valve. A plunger inside the valve is adjusted up or down by the knob on the left fork cap to change the valve port size.

This valve is not progressive and the flow does not change due to the force applied, the way a shim valve does. It has little effect on low-speed damping.

The XPlor fork has holes cross-drilled into the top of the compression cartridge to reduce pressure differentials. These holes actually reduce the amount of damping it can produce. 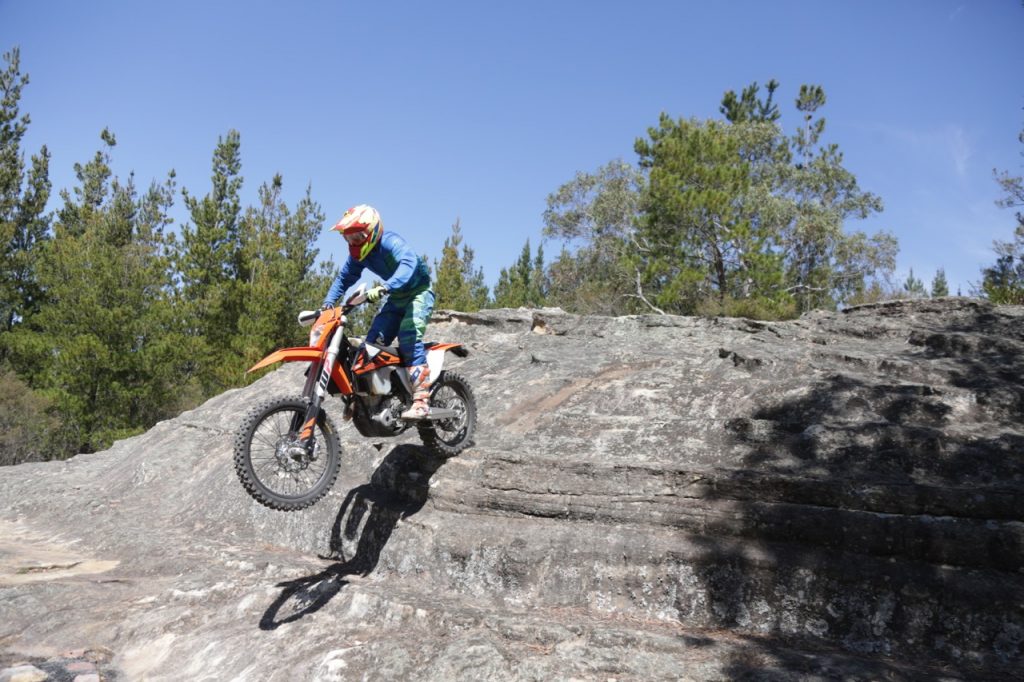 Just like the open-cartridge fork, the XPlor 48 has springs in both legs and they are filled with fork oil. Cosmetically the big difference is the position of the adjusters.

The KTM version of the XPlor 48 has no external spring preload adjustment but the Husqvarna one has three-position preload adjusters on the top of each leg.

These adjusters can actually get in the way if you want to run fork bleeder valves. I have seen a few guys cut a corner off the triangular adjusters with a grinder so they can run bleeders.

WHY NO AIR here?
This is a question I get asked regularly, but there is a simple answer. It really all comes down to reliability on a trailbike or enduro. Air forks need to hold pressure in a cartridge for the front of the motorcycle to stay up.
If anything happens to the fork like a gouged tube, blown seal or leaking O-ring then your day’s over. If a spring fork has one of these problems, then the bike can still be ridden home. Another reason is that an air fork tends to feel stiffer and give a harsher initial response than a spring fork. This is not great when you are spending hours racing or just cruising through the bush on a trailride with your mates, when much of your riding will be using this initial part of the fork travel.

TUNING
The XPlor 48 comes set up for trailriding. If you are the leisurely type, then you will probably be happy with the plush feeling that it comes with. If you’re an A-grade racer or are on the heavier side, like all stock suspension, you might find this fork too soft.

Unfortunately, the compression adjuster on the XPlor does very little to change low-speed damping. If you crank the adjuster all the way in, the high-speed damping will feel much stiffer but the low-speed will barely change. This is because the adjuster does not directly affect the base valve. 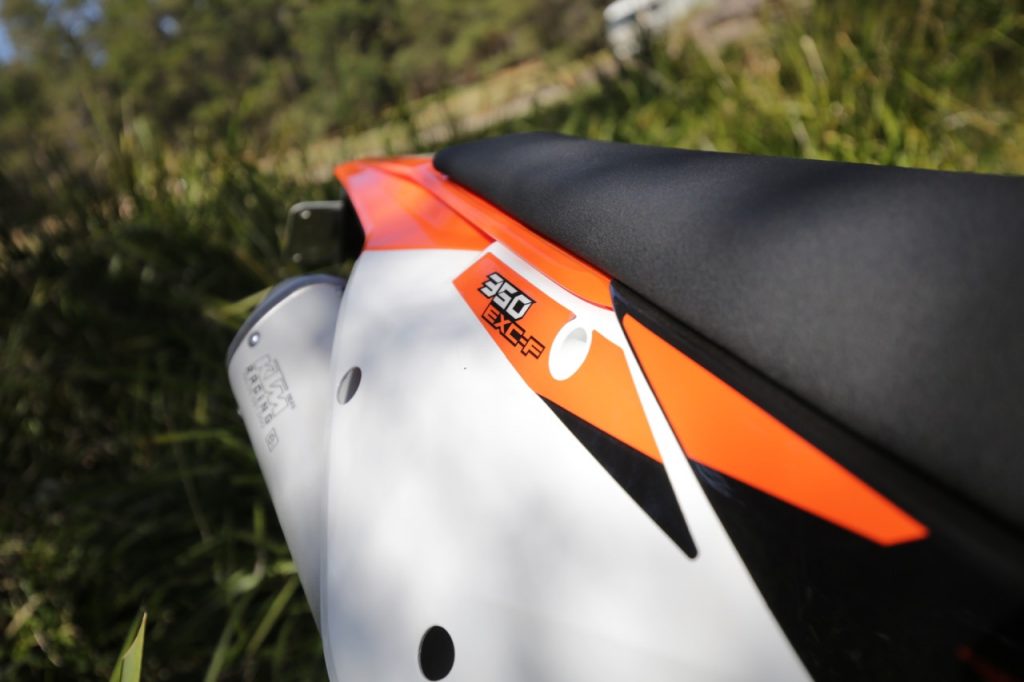 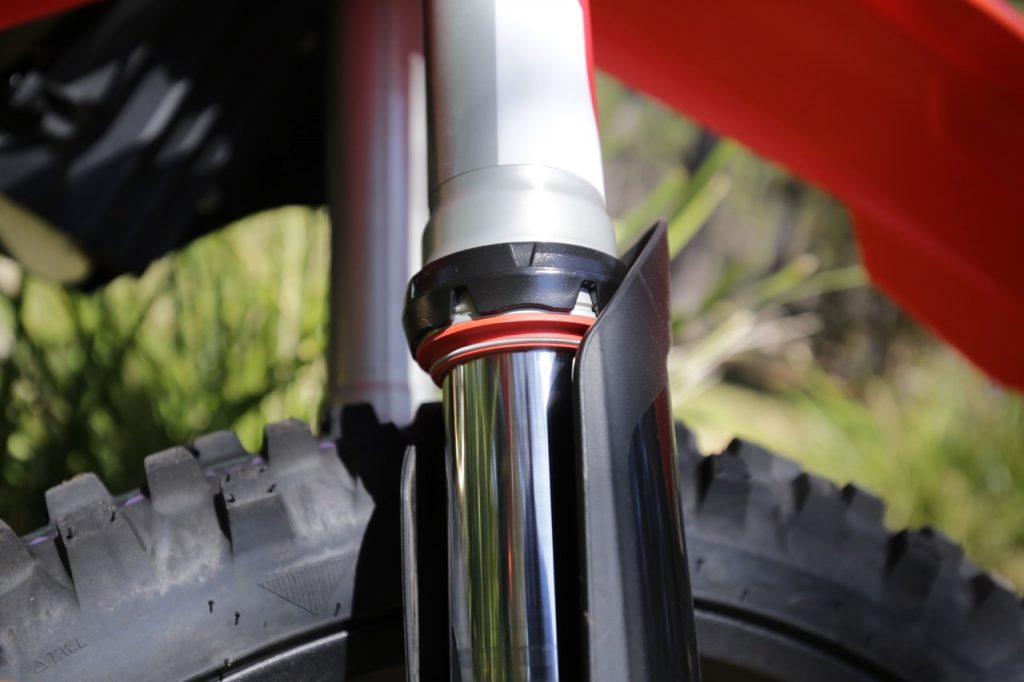 There are after-market base valves available through RaceTech Australia that give you further adjustment and better damping characteristics for both low- and high-speed. An advanced rider would also benefit from having the spring rates increased to better suit their speed and style while also having the valving upgraded.

The Husqvarna’s spring preload adjusters in the fork caps are handy but, for anyone over 85kg, they are usually not enough to fix the mushy feeling that the fork has in the initial part of the stroke.

My opinion is that the standard suspension settings are intended to suit a broad audience, not just racers.

Verdict
I am a suspension tuner and motorcycle mechanic so if a manufacturer ever nails suspension tuning, I’ll be out of a job. The WP XPlor 48 is definitely a better fork. Is it the best that WP has ever produced? Well the jury’s still out on that one. I think it all comes down to who you are and what you are doing.

A lot of racers still prefer an open-cartridge fork once it has been set up for their weight and riding style.
The softness of the WP XPlor in the initial part of the stroke is perfect for a trailriders whose arms aren’t built to hang onto a race bike. This plushness is perfect for riding at trail speeds over rocky or choppy terrain.

If you like to push your bike much harder than the average trail guy then, like you would with all suspension, you will need to take your WP XPlor to a suspension tuner. This fork is a huge improvement over the previous model, and especially over the 4CS fork found in the Husky.

EXCLUSIVE: Catching up with Josh Strang

We catch up with Aussie off-road racing export Josh Strang to see how his season is going, what he thinks of the US off-road scene and what itâ€™s like to live with the one and only Daniel Milner.

Honda Australia has announced pricing for the 2020 Africa Twin range starting from $19,999 for the base model.

More than a year since Broc Tickle was found to have tested positive to an obscure substance and suspended from racing. Simon Makker talks to him about what the future holds.