Heat races, Semi’s, Last Chance Qualifiers and Main Events will transition to a timed format beginning on January 7th with the season opener at Angel Stadium in Anaheim, California.

The new format will make sure that racers like Monster Energy Kawasaki’s Eli Tomac, HRC Honda’s Ken Roczen and defending Monster Energy Supercross Champion, Ryan Dungey get to race in front of their fans for the same amount of time, every time. “We believe this change will bring the fitness element more into play and provide more excitement for our fans,” said Sr. Director of Supercross Operations Dave Prater.

There is already a mountain of excitement heading into the 2017 season, and this new announcement should only build the anticipation into what has all of the markings for a championship to remember. With the exception of adding the semi races to the program a few years ago the last time a major change was made to the format was the 1985 season when there were two main events. That particular season is regarded as one of, if not the most exciting in the sport’s history. So, get ready to see more of your favorite Supercross racers than ever before. The changes will add to the drama as we count down to the 2017 season opener at Anaheim. Get ready to start your stopwatches when the gates drop January 7. Change is here!

Here’s a look at the schedule for Anaheim 1: 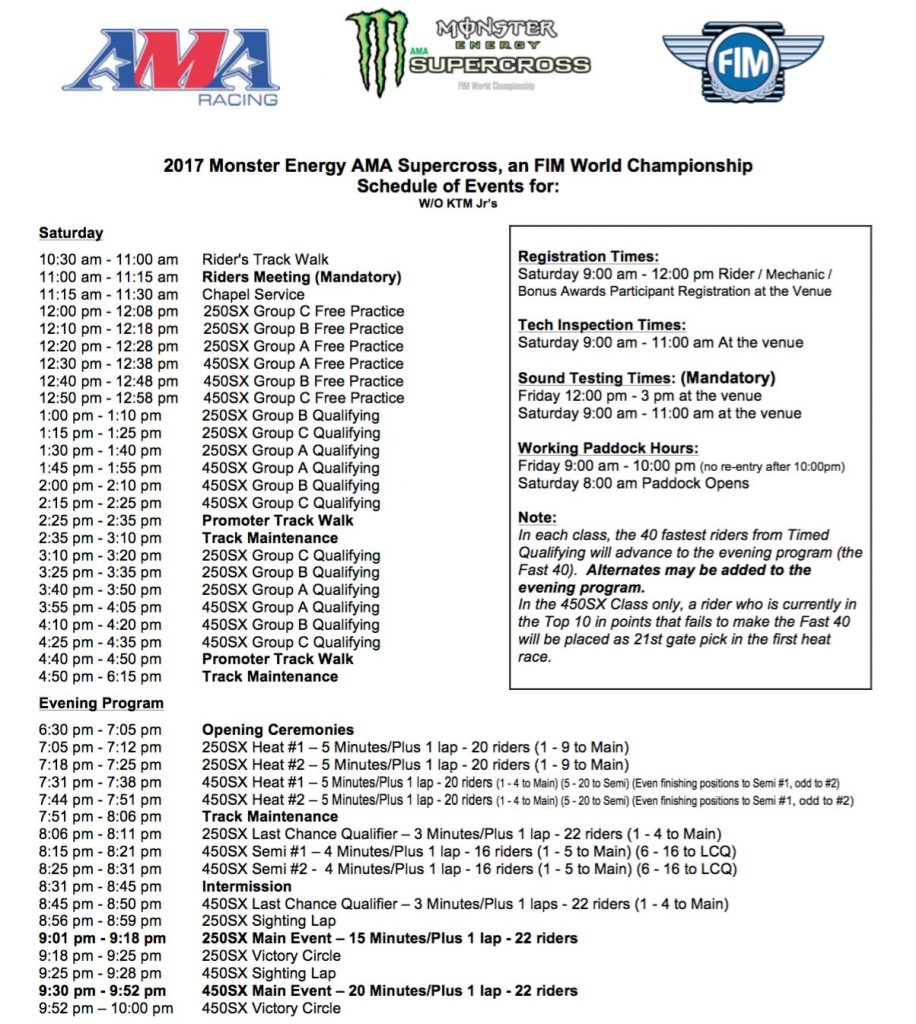 250 and 450 class highlights from the opening round of the Lucas Oil Pro Motocross Championship at Hangtown.

Argentinean Kevin Benavides rode a fine stage in the Copiapó dunes. The demanding stage saw the Team HRC prodigy excel in navigation as he took second spot on the day and second overall.