Red Bull KTM Factory Racing’s Toby Price has posted the fastest time in stage three of the 2019 Rally du Maroc, bumping him to the top of the overall standings.

Marking the second half of the rally’s marathon stage, day three of the Rally du Maroc was set to be the longest of the event. However, organisers cancelled the third part of the timed special for safety reasons, taking the day’s results from the end of the second special. With riders only receiving their road books 15 minutes prior to entering the stage – a first for the FIM Cross-Country Rallies World Championship – ultimate navigation skills would prove critical to success on the demanding desert stage.

Following his tough day two, where issues with the road book ended up costing him valuable minutes, Toby Price knew he had to attack stage three to stay competitive in the overall standings. As the ninth rider to take to the special, the reigning Dakar Champion immediately set about chasing down the riders ahead. Unfortunately, with the stage cut short, the Australian was unable to maximise his advantage, but was still able to win the stage and move himself up to the top of the provisional overall standings. 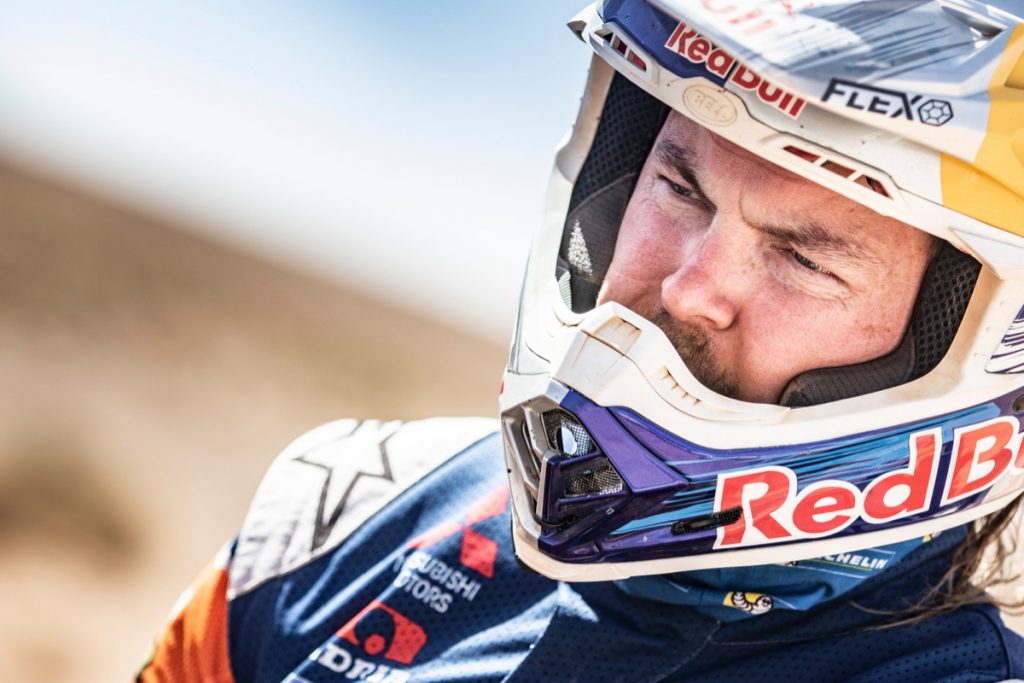 “The stage went well for me today. There were a couple of sections that were quite tricky and I didn’t quite catch them at the right point to make up time on the guys in front,” said Price. “Even so, we were able to close the gap a little and I felt good all day. The roles will be reversed again for tomorrow so the other guys will be chasing us down again but that’s just rallying. It’s a shame they cancelled the last part of the stage because I think we could have made up even more time but that’s the way it is sometimes. A disadvantage for you might be an advantage for someone else. But we completed the marathon stage safely, so let’s see what tomorrow brings.”