Your motorcycle trailer sits in the backyard unloved for months at a time so expect trouble when you expect it to perform.

There’s nothing guaranteed to ruin a trailride more than a busted trailer, with broken dirt bikes hanging off the sides. The trouble is that most trailers sit rusting away until you get a chance to go for a blast with your mates.

If you haven’t been paying attention to your trailer it’s probably no longer road legal, the numberplate is invisible and the tyres are bald. Utes are not immune to this disease and can have their own problems when carrying bikes.

“It’s not a huge problem as it relates to road safety but there are some common issues,” says Senior Sergeant Dan Hilton of the Victoria Police Solo Unit. The Solo Unit gets to see a fair few of these problems as a result of its work keeping an eye on trailriders out in the state’s bush.

“The use of a trailer on a highway is considered the use of a vehicle and as such, all responsibility lies with the driver of the vehicle that is towing it,” he says. “This means that if you borrow a trailer, as is often the case when people are towing motorcycles, you need to be aware that you are legally responsible for the trailer, its condition and use.” 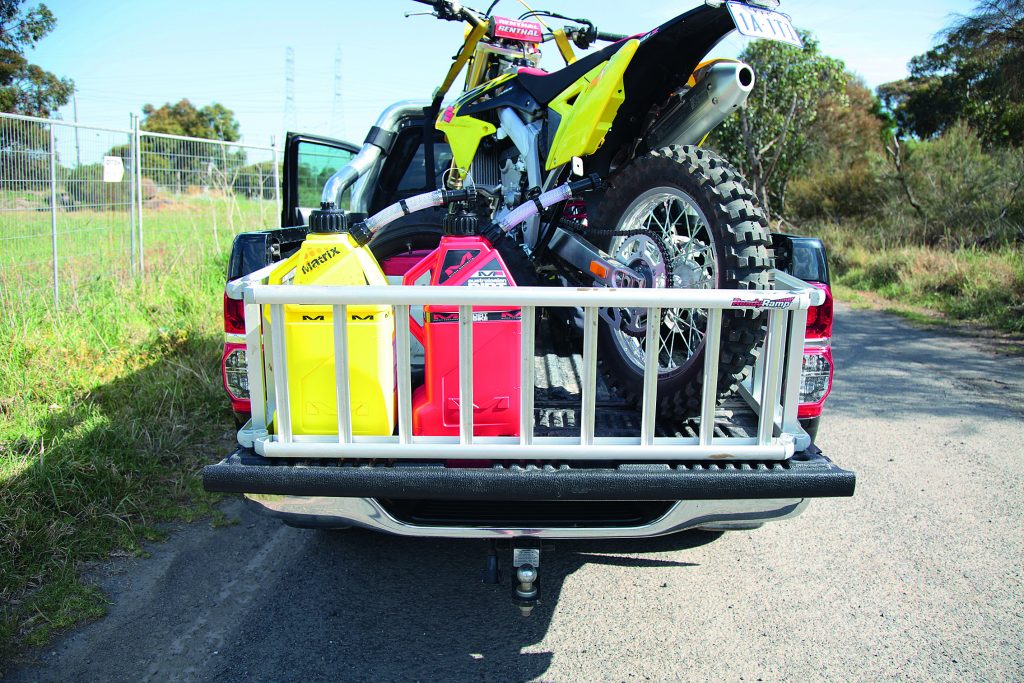 The situation is complicated in states where smaller trailers don’t require registration or a roadworthy certificate. In Vic, for example, unregistered trailers must be less than 200kg empty, less than three metres long, narrower than the tow vehicle (generally trailers are five feet or four feet wide in the old lingo), not used for work and must display the towing vehicle’s registration number if the car numberplate is not visible. Unfortunately, some drivers seem to assume that bigger trailers also are exempt from registration.

Problems that commonly crop up with trailers include numberplates that are not visible, lights that aren’t working, tyres that are bald, the safety chain(s) are not hooked up, the brakes (required on trailers over 750kg) don’t work or the load is not properly secured. Utes carrying bikes can have issues related to the tray not being big enough for the bikes.

“Numberplates must remain clearly readable if the tailgate [of a ute] is dropped,” Hilton says. So if the ’plate is not mounted low enough on your ute you may be breaking the law when the tailgate is down to allow room for the bikes. 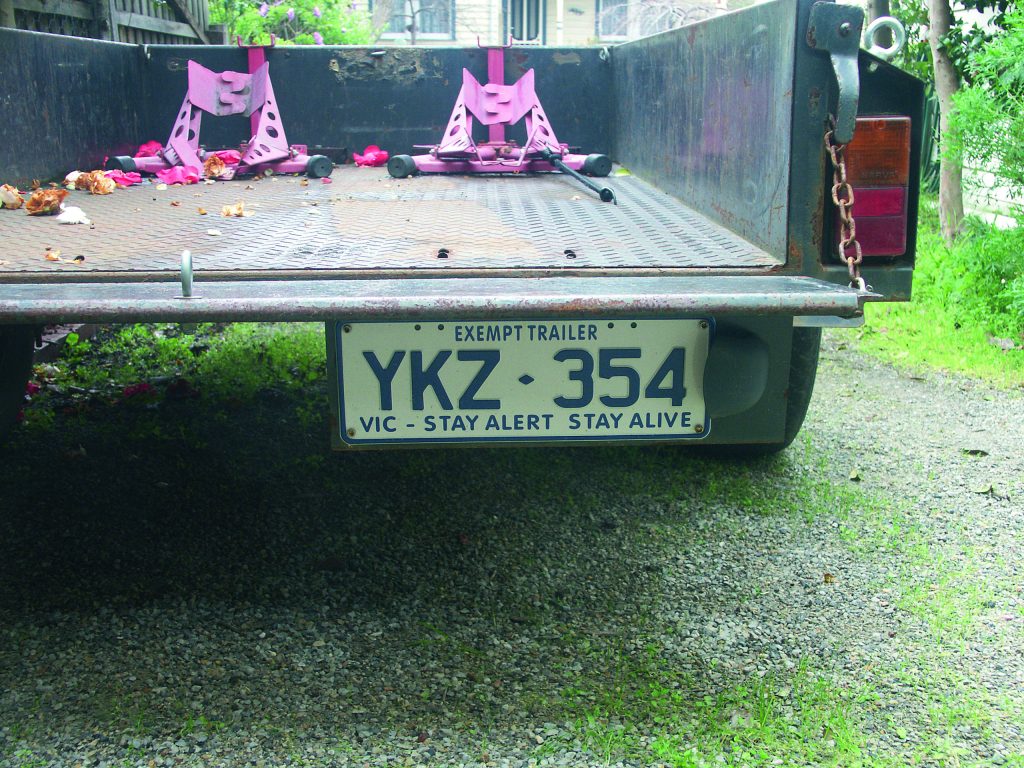 “The entire load must be secure, including the motorcycle(s) and all bags and equipment.” This means that when the tailgate is dropped to allow room for the bikes, all the gear in the back needs to be tied down to stop it spraying across the countryside and you need something like a Ready Ramp to take the place of the lowered tailgate
You can even get into trouble for having bikes in a trailer or the tray of your ute that obscure your ‘P’ plates.