Turn Around On A Hill | How To

We’ve all been traiIriding and been stuck on a hill. It could be too steep, there could be a nasty obstacle half way up or you could simply just not get up at the first attempt.

There are plenty of reasons why you didn’t get to the top but, rather than just sit there spinning and getting nowhere, the easiest way is to learn from the failed attempt and try again. So, what if there is minimal room to turn around? Here are a few helpful tips to get you back down the bottom and back up in no time.

Step 1 SCOPE YOUR OPTIONS I’m stuck on a tree root and not going anywhere fast. I don’t want to be one of those trailriders who digs trenches and ruins it for everyone, so I just turn the bike off and scope my options. 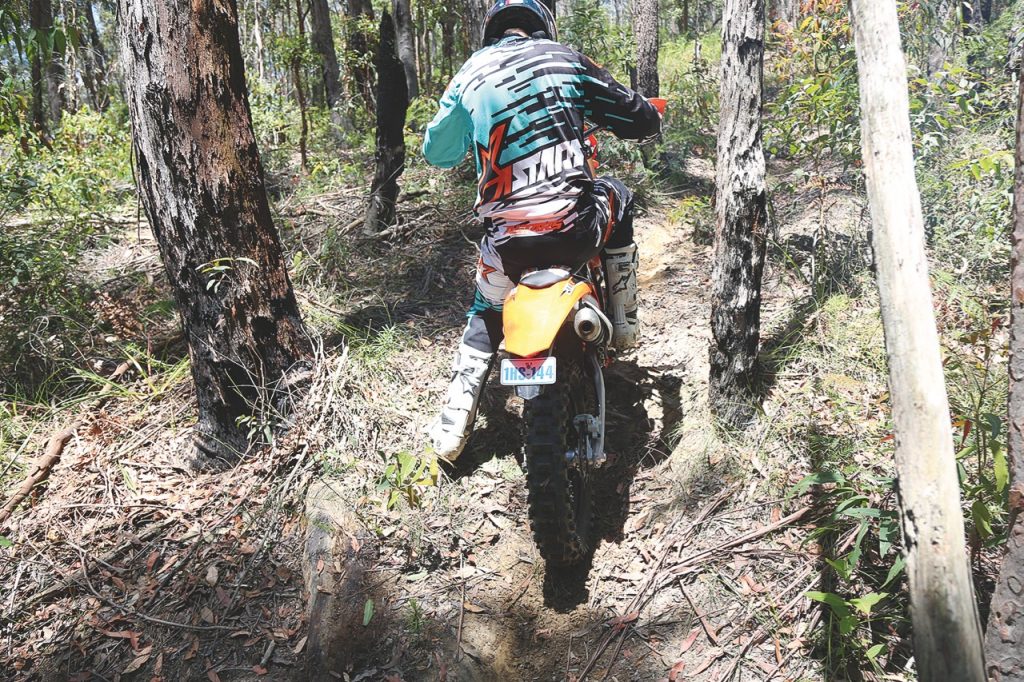 Step 2 BIKE IN GEAR I leave the bike in gear so it does not roll down once I have my foot off the brake and step off. Being on the left side allows me to use the clutch while the bike is in gear as well. 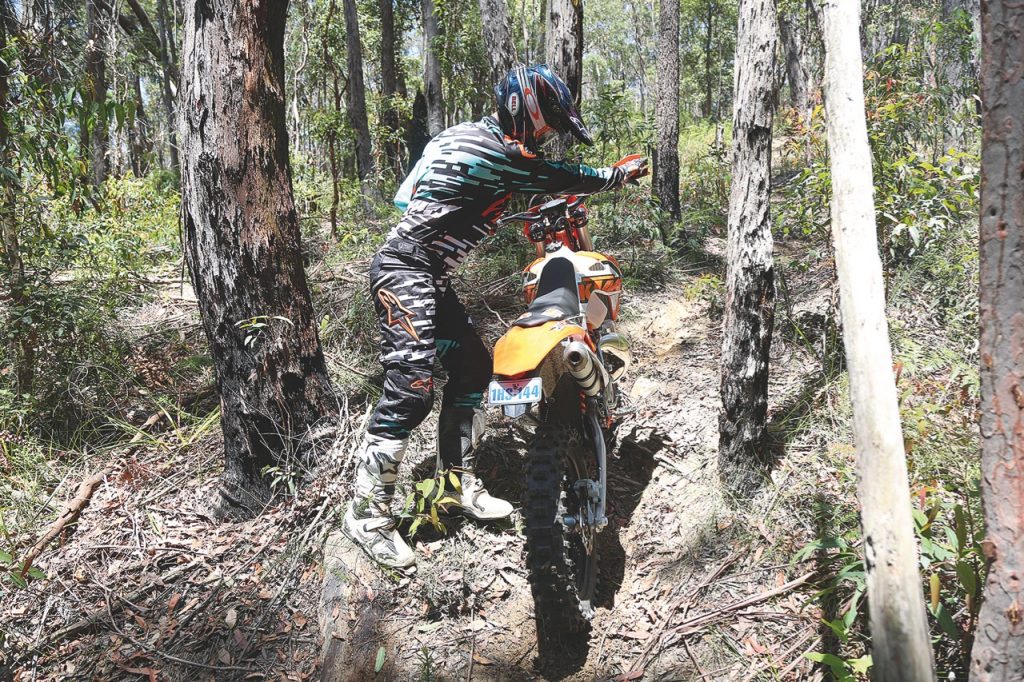 Step 3 GRAB THE BACK Every bike has somewhere to grab around the rear guard area. You can grab either side of it but I decide to grab it ‘underarm’ as this bike is quite light and manoeuverable. 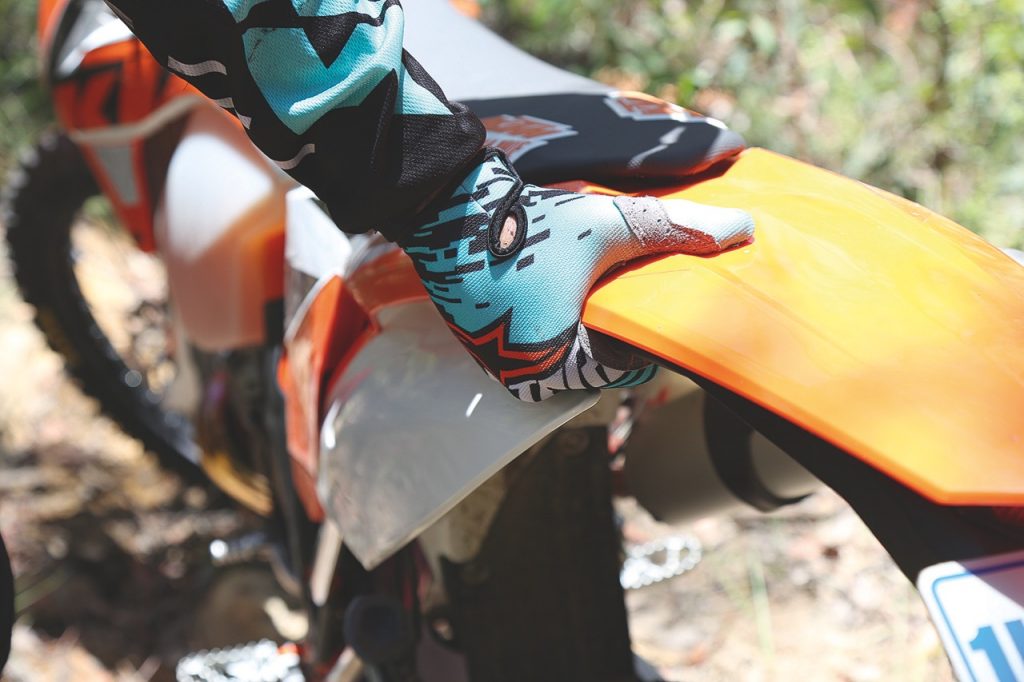 Step 4 LEAN IT IN I lean the bike in towards me as well as in towards the slope of the hill. This way if I lose control, the worst that will happen is that the bike will fall into the hill and not away from the hill. If it gets away from you, it could be very expensive. Make sure your bike is still in gear as this will prevent the rear wheel from rolling and also, if you do need to roll, you can just touch the clutch and release the rear wheel for a split second. 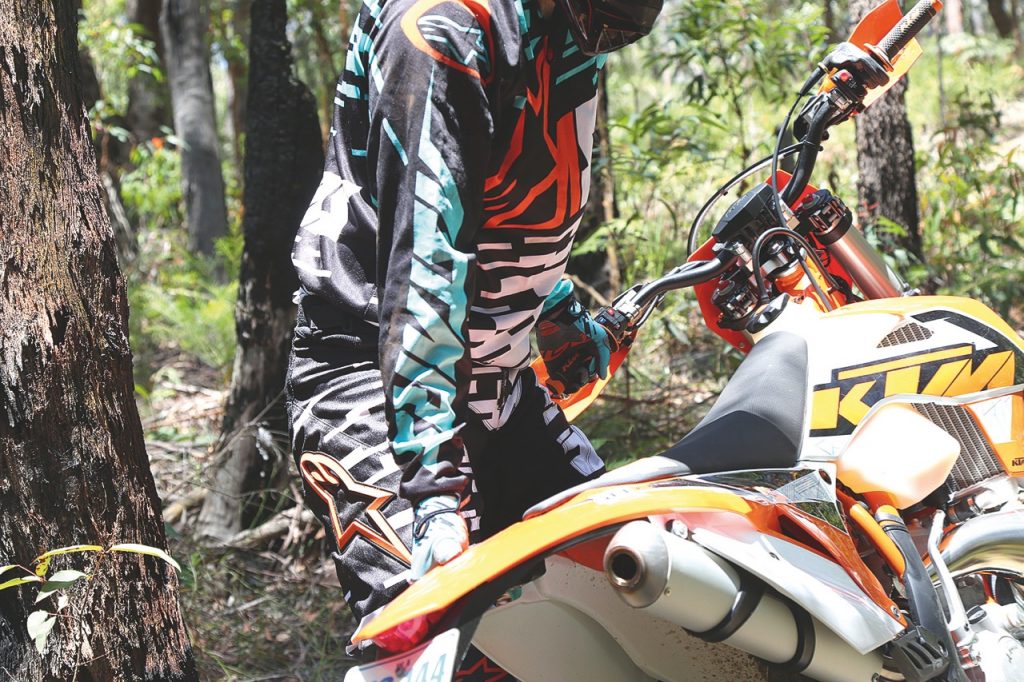 Step 5 LIFT THE BIKE Once I have become comfortable and settled, it’s time to start turning around. I slowly lift the bike around. Maybe 10-20cm per time. Small movements are better and more stable that simply reefing the bike around. You want to make sure you maintain your balance. Like I said earlier, use the clutch to roll the rear if it’s needed. 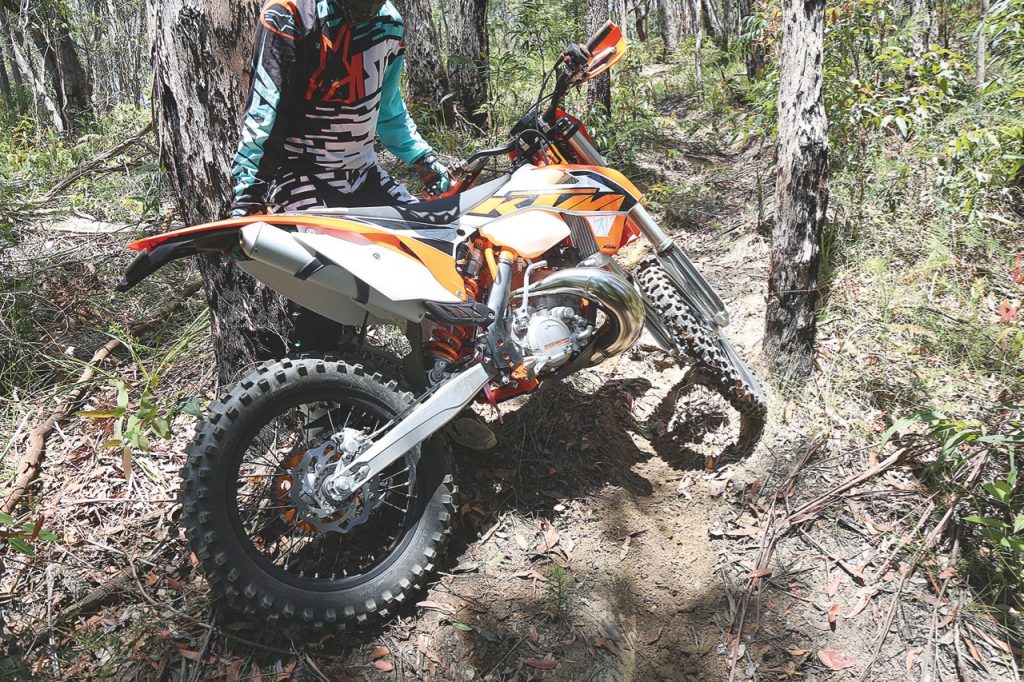 Step 6 THE POINT OF RETURN You will get to a certain point where you would have lifted enough and then you can roll back down. I would say this is when you are over 90 degrees to the track. I’m at that stage where I can start to think about the remount. I’m still in gear as I don’t want the bike taking off on me. I then get the front wheel settled in the rut and make sure it’s pointing down the hill before I start lifting or rolling the rear end around. 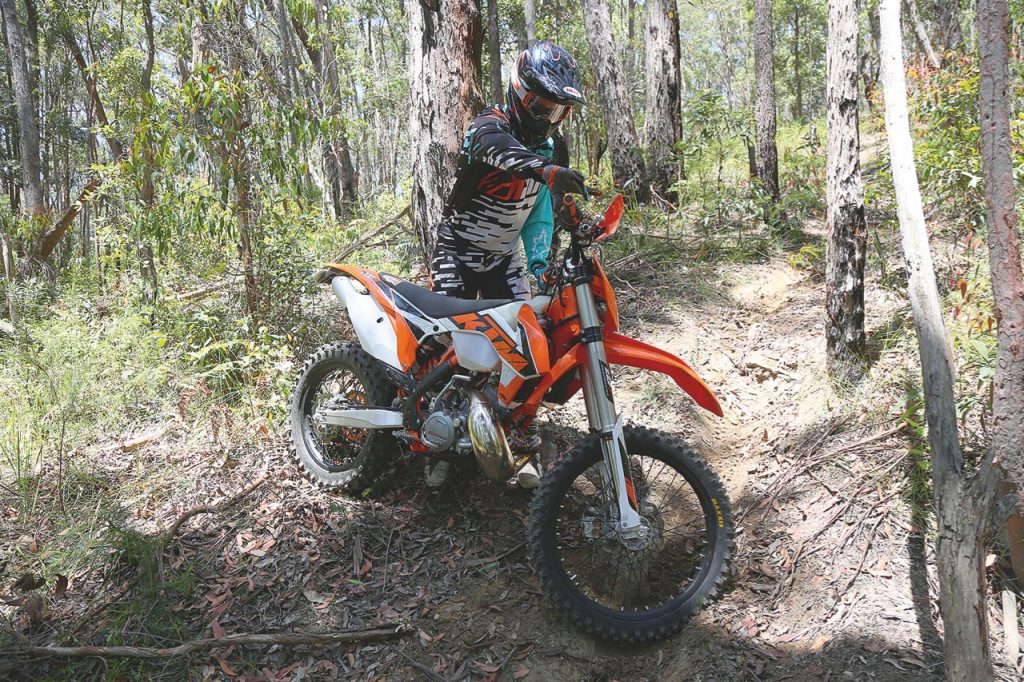 Step 7 DONE DEAL Ready to hop on and try again. Another reason for the left side dismount at the start is that I now have access to the kickstarter if I need it. Otherwise, hop on, clutch it and ride away. Just make sure you remember why you messed the hill up the first time and don’t do it again. Enduro Editor Geoff Braico 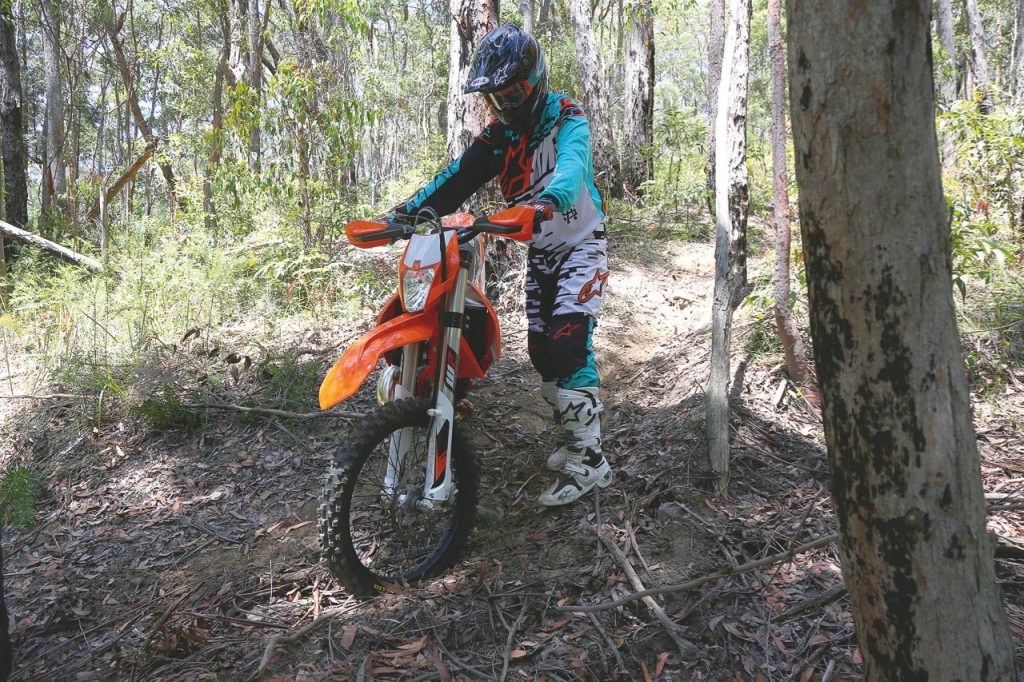 Being able to turn around on a hill is an essential skill to have when riding technical terrain. When stuck on a hill, a lot of riders will try and find a way to keep riding rather than having another go. Most of the time, they just end up with the rear wheel spinning. The best option is to have another crack. Not only will this save energy, preserve your rear tyre and stop it digging it big trench, but it will also make you a better rider as you figure out where you went wrong the first time and how to avoid the same mistakes.

DO
• Find a sturdy spot on the frame where you can grab the bike.
• Leave the bike in gear to avoid it rolling while manoeuvring the bike.
• Dismount on the left hand side so you can use the clutch while it’s in gear.
DON’T
• Keep trying to ascend if you are stuck on the hill. This will only create new ruts, use energy and wear your tyre out much quicker.
• Lean the bike away from the hill. It’s a much better outcome if the bike falls into the hill rather than away from it.
• Grab the bike somewhere that might break something or bend it.