The Yamaha Australia motocross teams reveal their unique retro look for round six of the ProMX championship at Coffs Harbour.

Each of the Yamaha teams were keen to come up with their own concept when the retro round was announced, and they have produced some stunning livery that will take motocross enthusiasts back to fond memories of a time gone by. 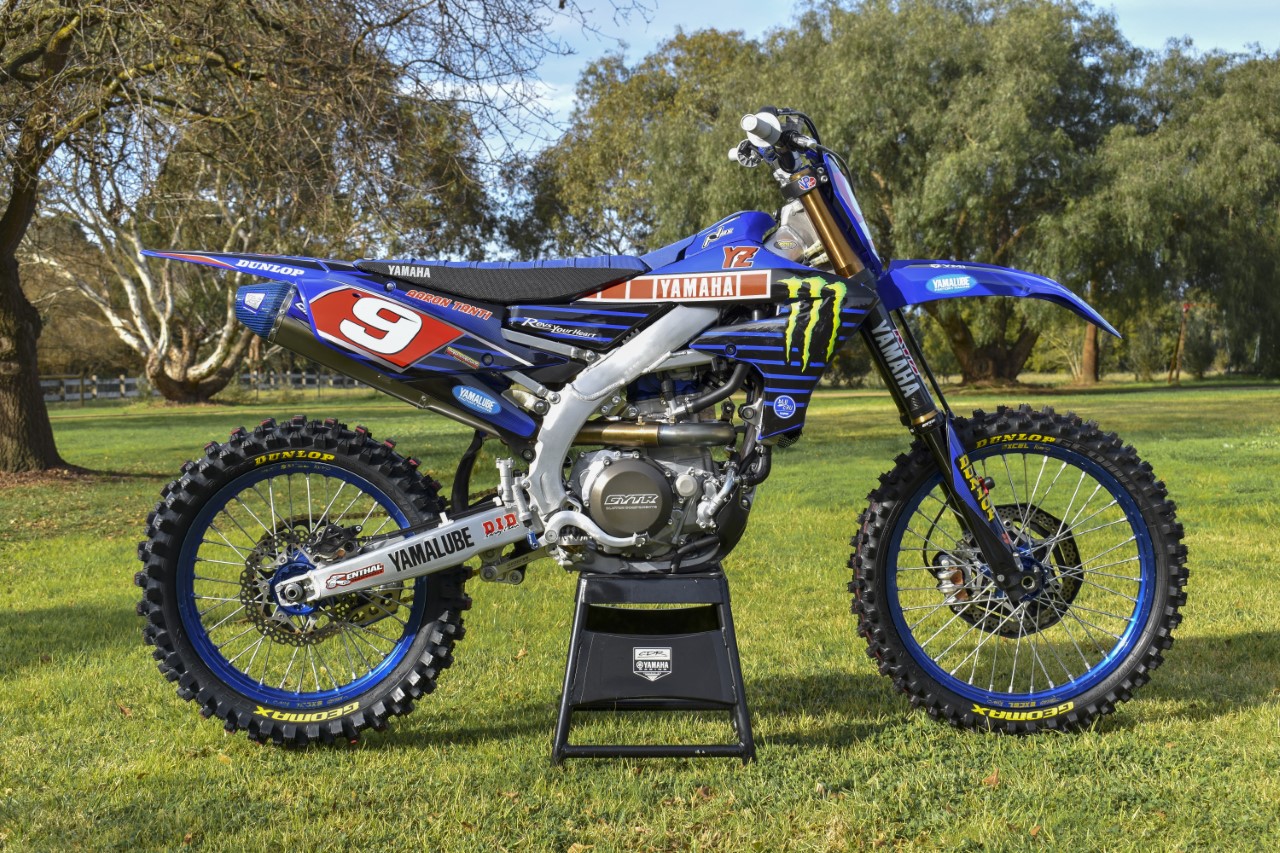 The CDR Yamah Monster Energy Team is extremely pleased with Aaron Tanti’s performance as he leads the MX1 championship in a remarkable season so far. He is continuing to work hard each week to give himself every opportunity for success in this season. Luke Clout is due back on the bike in the coming weeks to begin preparations for the Australian Supercross Championship later in the year.

At the Coffs Harbour round, his YZ450F will have a slightly different look as the team went with a small 80’s inspired Yamaha graphic and logo. The logo goes back to the early 80’s when the Yamaha’s first move from yellow to white and the red speed block became the simple Yamaha motocross was known for.

“We have a range of partners within our team that makes something like this a little more challenging but we were happy to come up with a concept that worked for all parties and participate in a round that promises to be a lot of fun and a throw back to some old times with plenty of ex riders and racers in attendance,” says CDR’s Craig Dack. 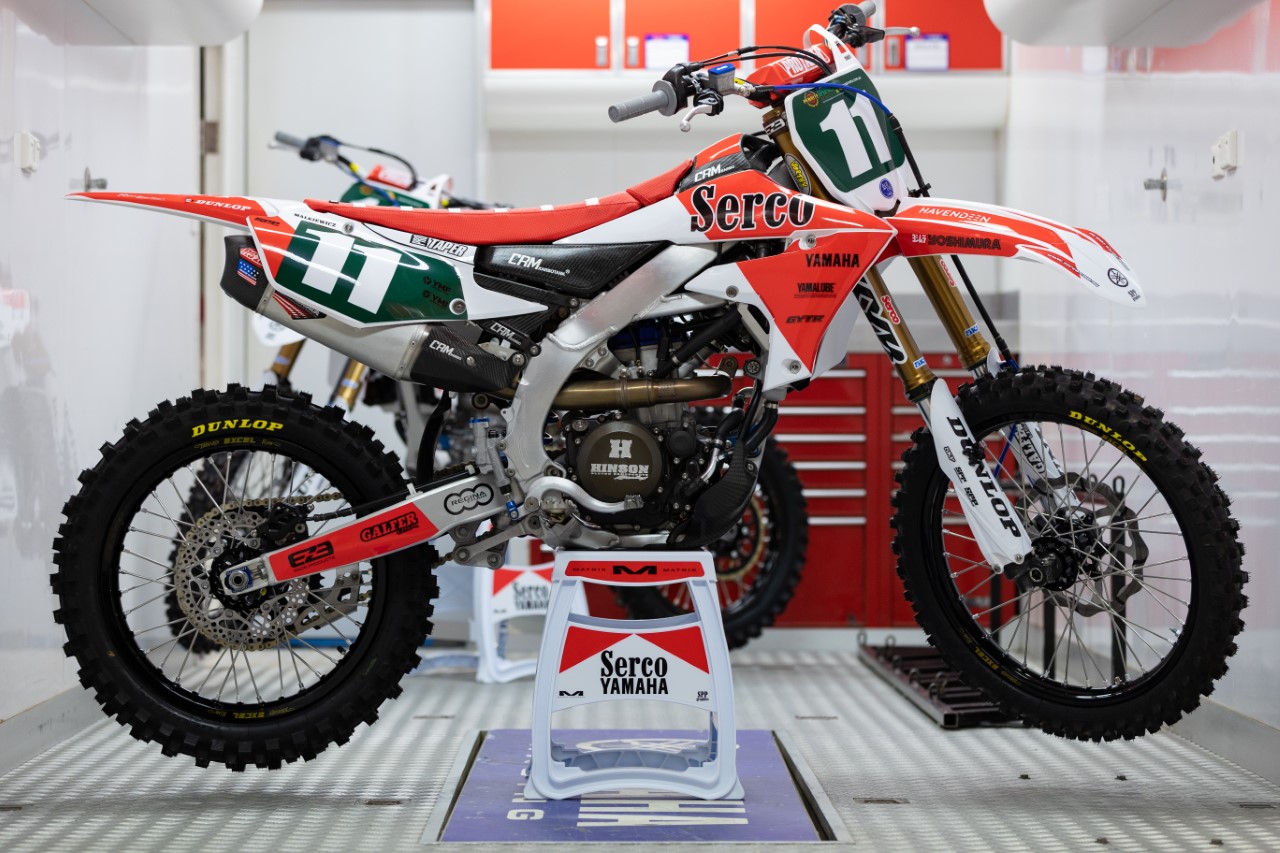 The Serco Yamaha arts department jumped into this project with both feet with a tribute to a Yamaha Australia look of the past. Gone is the Yamaha blue, white and black, replaced with the red and white lines of the Marlborough Yamaha look in the mid to late 80’s ran by the Yamaha team at the time.

The livery brings to life the look and vibe of the 80’s motocross scene in Australia and the team haven’t cut any corners with seat covers and rims tied into the graphic look of their YZ250F’s.

“Is there a more iconic looking bike in Australian motocross than the Marlborough Yamaha bikes raced in the Mr Motocross series in the 80’s?” asks Serco’s Gavin Eales.

“I recall watching riders like Craig Dack and Peter Melton race these unique looking bikes that just stood out from the rest of the field. I also think of the work of the mechanics of the time must have done as the plastic and rims were painted which would have been a nightmare to maintain. Modern decals and stickers make that job so much easier and I congratulate our graphics department on doing such a great job on the bikes for this round.” 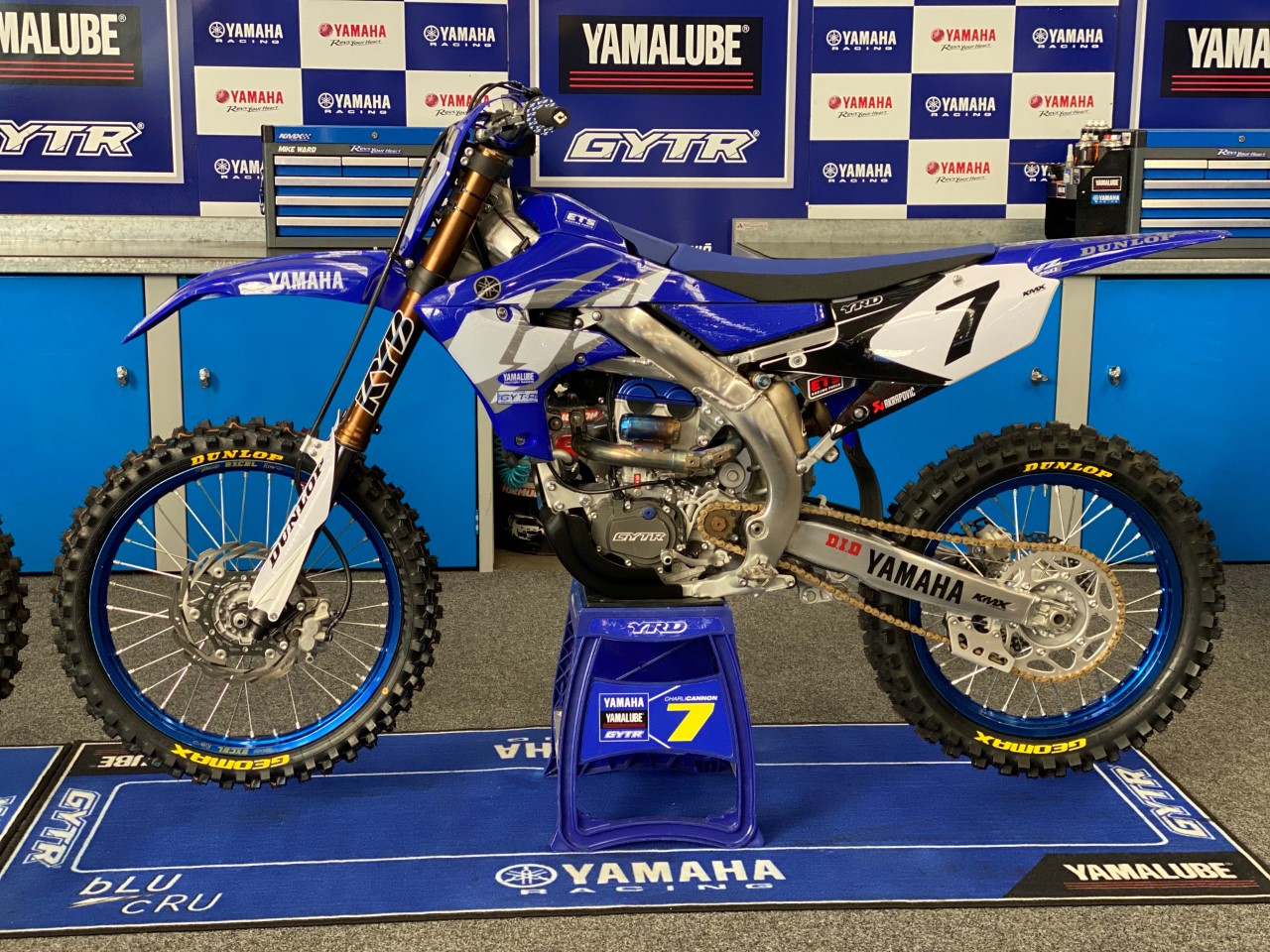 The Yamalube Yamaha Racing Team wanted to combined their simple, corporate look and inhouse feel of the team and looked at other Yamaha teams around the world.

The Yamalube Team took inspiration from the Yamaha US look of the 2004 Chad Reed bike and transformed it across to the current YZ250F with great success.

“We have never been a team with loud and flashy graphics so the Factory US look of 2004 – 2005 was the perfect retro kit for us,” explains team manager, Mike Ward. “The team at Kustom MX did a great job and the bikes look great as we even manged to get the old Yamalube and GYTR logos as well as the number font of the US team at the time.”

In team news, Alex Larwood will miss the final three rounds as he recovers from a shoulder issue that has been slow to recover. 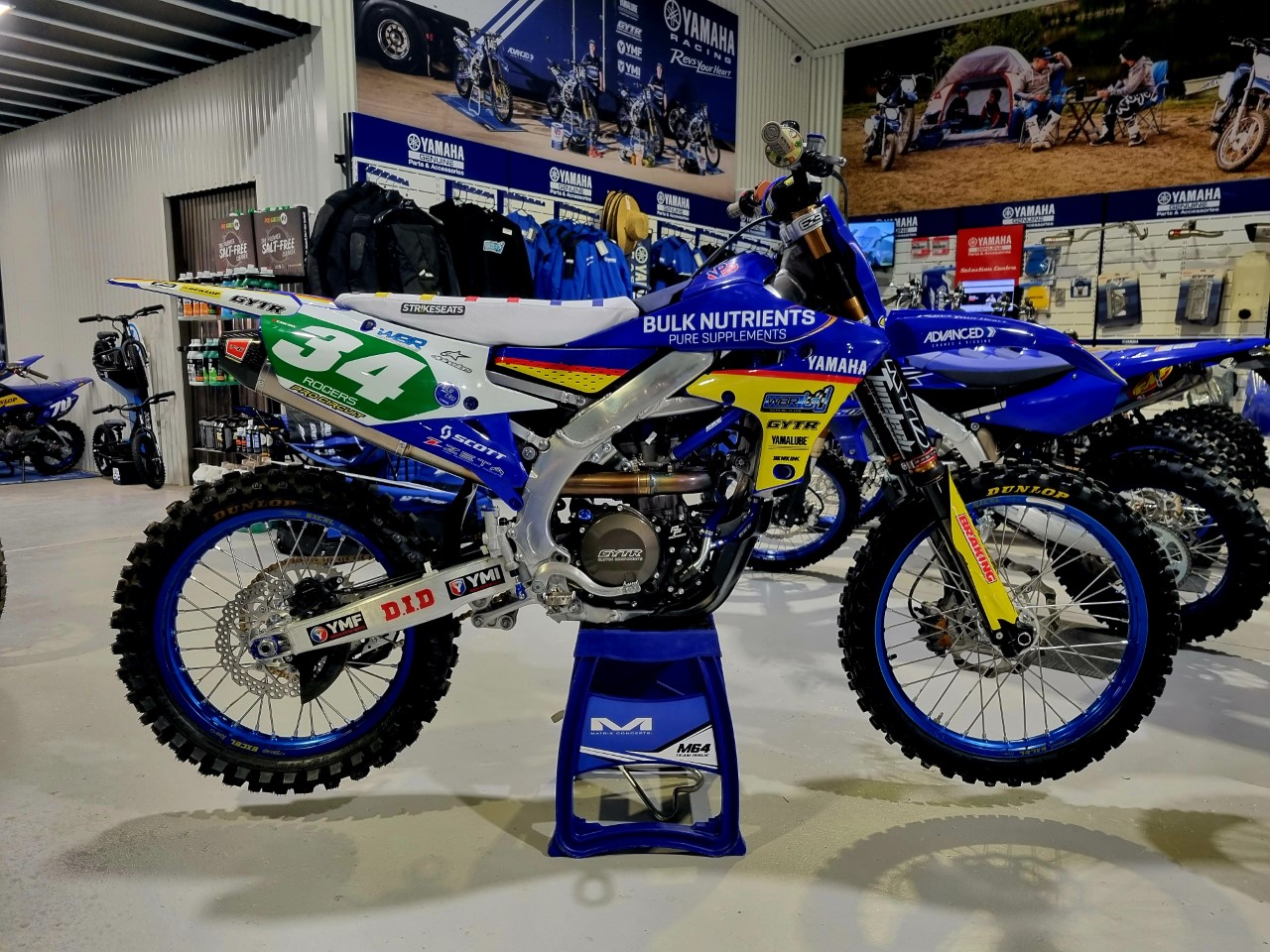 Back in the early 90’s, the Yamaha team in Australia had just moved to be under the management of Craig Dack and was also supported by Peter Jackson. With a national deal in place, the bikes went from their production based white and magenta colours at the time to a blue, yellow and red look to coincide with their sponsors corporate colours.

The WBR Yamaha team has bought the Peter Jackson look of the time back to life with graphics that will stand out in the pits and on the track.

“I was a kid that stood trackside in the early 90’s and the PJ bikes were one of my first memories of motocross growing up so its cool to be able to take that memory and transform it onto our race bikes,” says Travis Whitten.

“We have always done something for the retro themed rounds but I think this is a coolest design so far and I can’t wait to see how it looks on the track.”

WBR Yamaha has enlisted Hugh McKay to come in for the final three rounds to replace Ryder Kingsford who is out for the season with knee surgery.

The retro round theme takes place at round six of the Pro MX championship at Coffs Harbour and with a host of former MX stars in attendance as well as some old school racing categories throughout the day.

Taddy Blazusiak Caps Off Extreme Enduro Career With a Win

The first round of the 2016/17 FIM SuperEnduro World Championship in Krakow, Poland mark the last official race of Taddy’s career.

It's Time For The Motocross Of Nations | MX World S2E6

Top American and European riders compete at Motocross of Nations where the sandy track of the Netherlands' Assen TT Circuit gives the Europeans a clear advantage.

Highlights from the opening round of the FIM Motocross World Championship, the MXGP of Argentina.