I’ve been riding motorcycles since I was about 12. The first throttle I twisted was that of a Honda CT110 on the family cattle farm.

I have two younger brothers and between the three of us we had two postie bikes which meant hours of exploring and crazy adventures.

I would often double my youngest brother while my middle brother rode the other postie. Despite the obvious danger, my mum didn’t seem to care what we did or where we went with those posties.

We would often roam the tussock-covered paddocks, scrub-entangled bushland and steep, slushy gullies of our property for hours on end, only to return home for lunch, which was often cabbage, onion and bacon on the barbie (don’t knock it ’til you’ve tried it). We’d then refuel our machines and disappear once again into the far corners of the farm until dark. 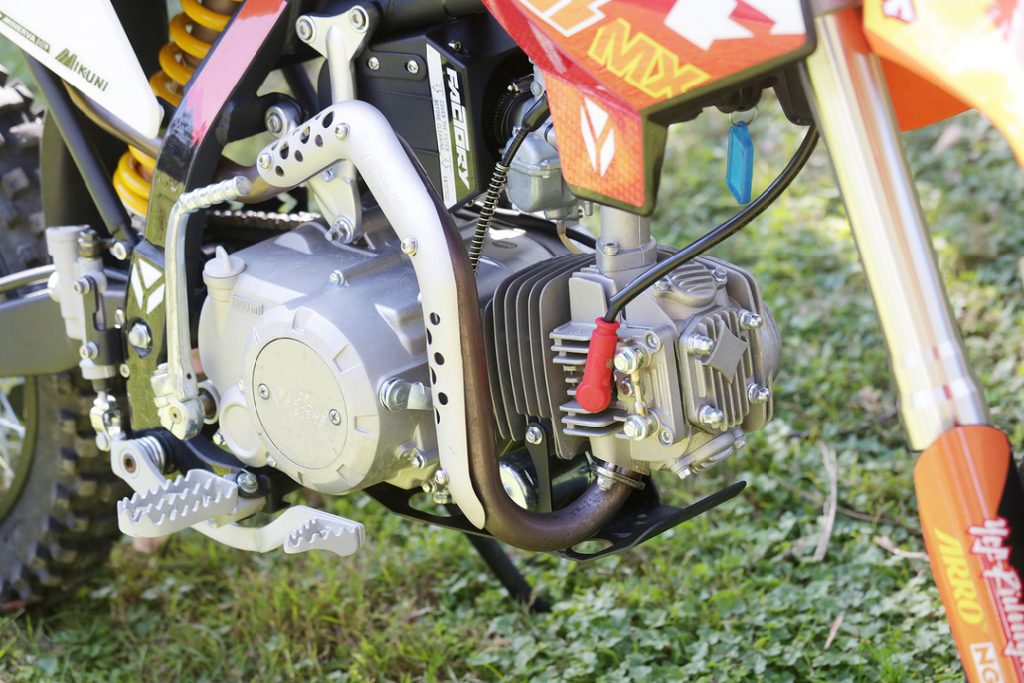 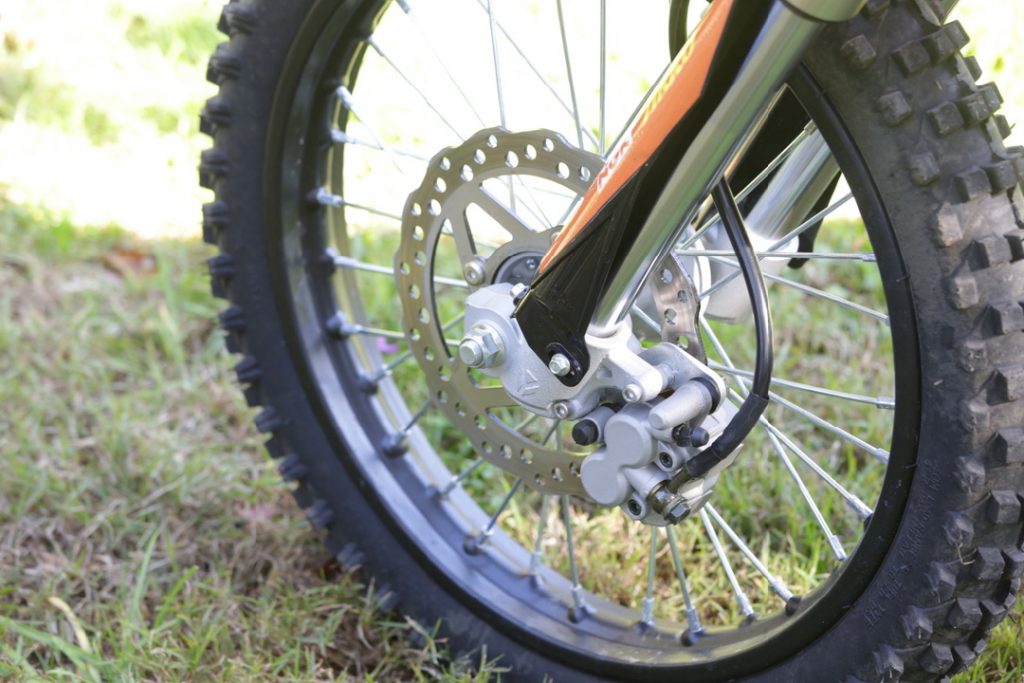 Mum never stressed about her sons riding posties two-up through remote country. I now realise how amazing that freedom was. It seems the new version of child rearing looks something like helicopter parenting. Everywhere little Tommy goes, mum must follow, just in case he falls off his bike and grazes his knee.

So, when I was given the opportunity to test the YCF BIGY 150E MX, an excellent beginner’s dirtbike, I thought who better than Mum to be my test dummy? It was a chance to repay the freedom she gave us by teaching her to ride and releasing her inner demons. And who can’t knock back an opportunity to make your mum happy?

My mum grew up with three brothers so she’s not only tough but handy at most of the stuff us blokes find natural. She can drive a manual car, ride a quad, mow the lawn, fire a gun, start a fire, castrate a lamb and mark a steer. But I never realised she couldn’t ride a manual motorcycle. She was able to get around on the posties, as they have auto clutches, but despite having four men in her life, none of us had bothered to give her a lesson on riding a manual. 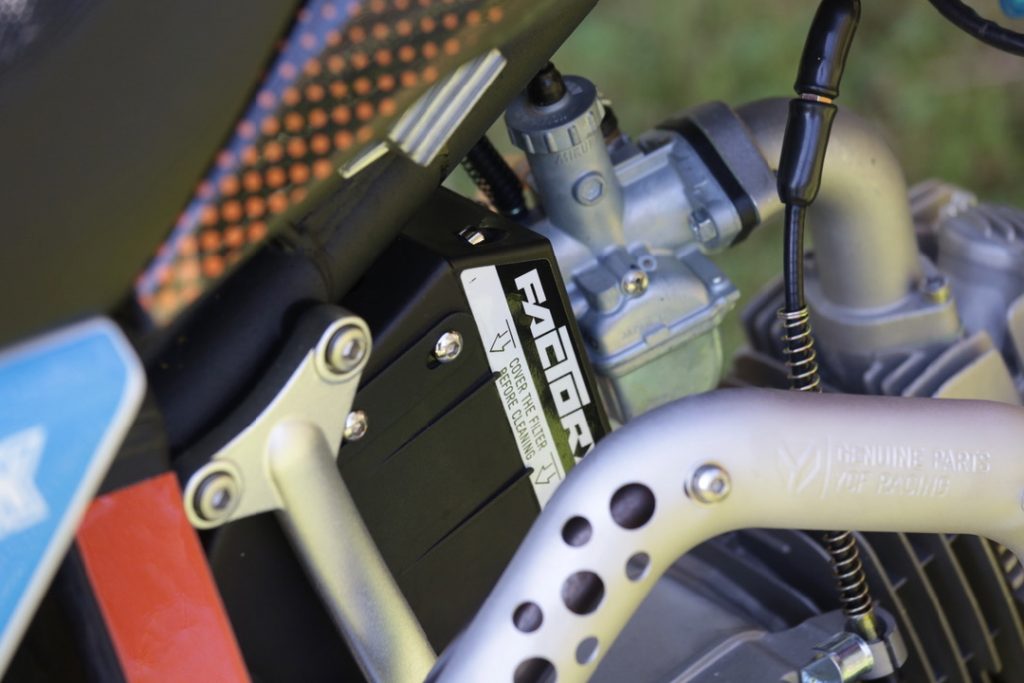 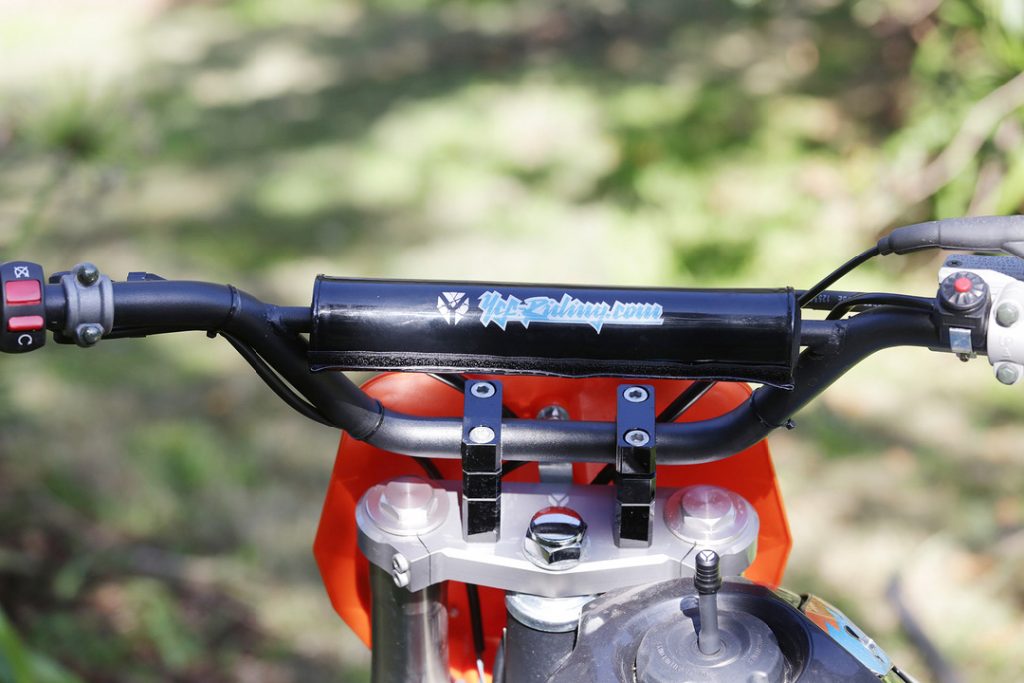 The YCF BIGY 150E MX has the same running gear as a big bike, and even looks like one. It runs a 146cc, air-cooled, two-valve engine with a Mikuni carburetor and four-speed gearbox. But, where the 150E distinguishes itself is in the shift pattern.

SHIFT PATTERN
Instead of the traditional one down, four up (three in this case), all the gears on the YCF are in the same direction. In other words, to find neutral, you just keep going down until you hit it. The reason this is great for beginners is because, if things go wrong, they can simply keep bashing down until they hit neutral.

The gears are close together, which is great for learners trying to work out which gear to be in, but the clutch isn’t as light as we’re now used to on most Japanese kids bikes. The motor is a linear chugger. It’s slow compared to a Honda CRF150R, even the 150F, but that’s okay because the YCF isn’t designed to be ridden like a race bike. If they were, they certainly wouldn’t have that gearbox. The throttle pull is short, almost like it has a stop installed, so there’s no chance of a graceful whisky-throttle trip off the back. 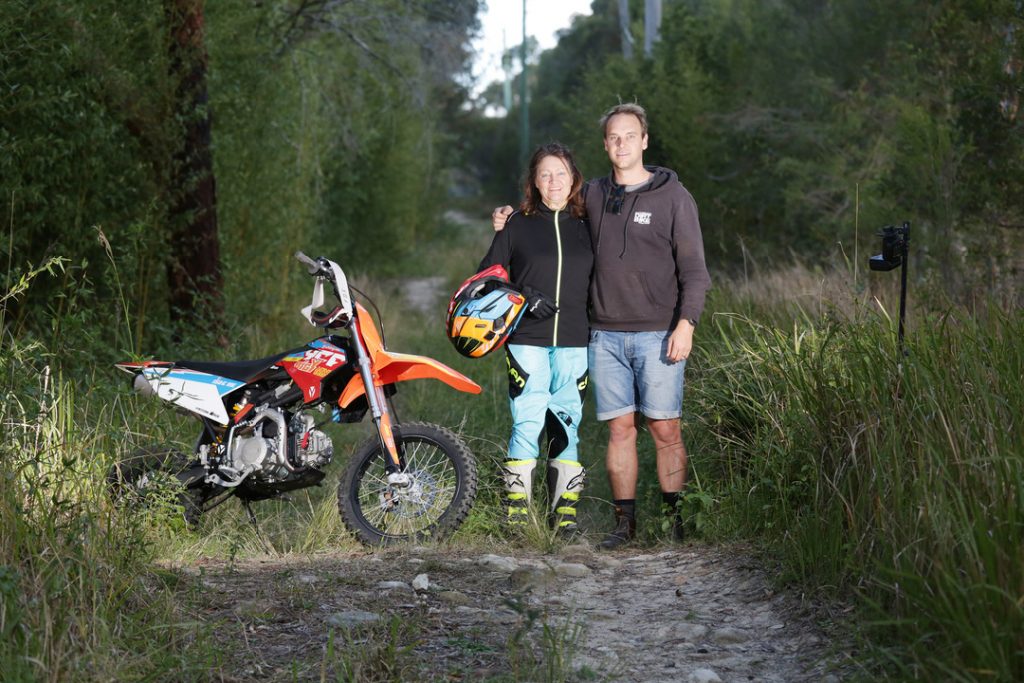 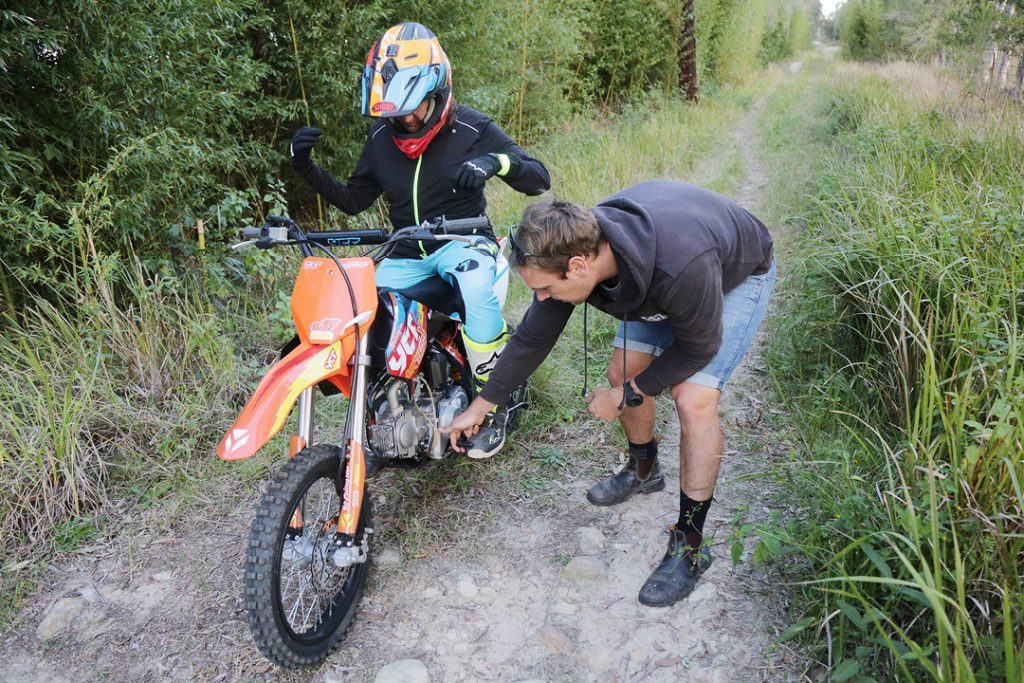 My mum is a normal size mum and the bike had plenty of curry to lug her around the property with ease, almost regardless of what gear she was stuck in. It didn’t lurch out of her hands when she released the clutch and the friction point seemed easy enough to find. It took a while for her to gauge the perfect throttle position, which meant a few stalls, but thankfully the 150E MX is blessed with electric start and it didn’t die on us once. There’s a kickstarter anyway.

FEET ON THE GROUND
The BIGY 150E MX is designed for short-arses. It has a BMX-style handlebar which allows those of us with longer legs to swing off it without hitting our knees, but the seat height (880mm) was just low enough for Mum to get her feet on the ground, then with an extra 250mm between handlebar and seat she was able to get her knees tucked in. Full of fuel the bike only weighs 81kg (claimed) as well so when she got off balance she was able to put her feet out to prevent herself from falling.

Combine that with a USD fork and a monoshock, with adjustable preload and rebound damping out back, that’s soft and comfortable and you’ve got the perfect beginner height. Mum could run with the bike between her legs when building up enough confidence to just release the clutch, roll on the throttle and take off. This is an important step for all beginners because being confident enough to lift your feet up when taking off and not fall when you get off balance is pertinent. 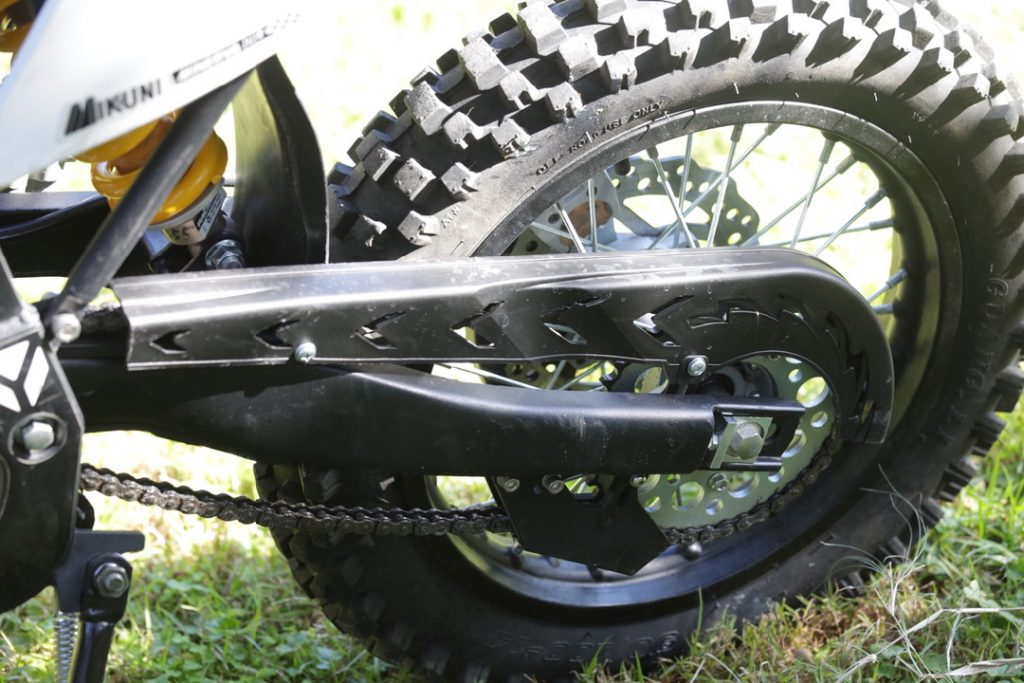 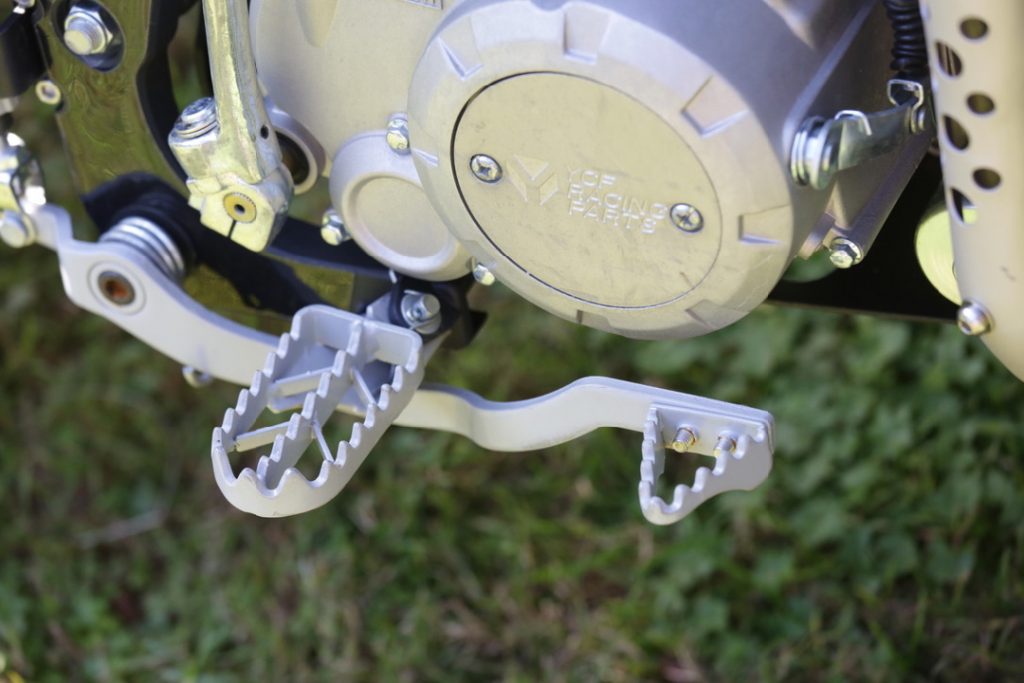 The brakes are solid, with discs front (220mm) and rear (200), but Mum rarely used them as she found it easier simply slowing to a stop with her feet out, and using just a little front brake. Surprisingly the 150E carries nearly six litres of fuel so we never had to worry about running out.

MUM’S THE WORD
The YCF BIGY 150E MX will suit any beginner, not just your mum. The low seat, smooth engine and the four-up gearbox configuration make it perfect for nervous riders who aren’t sure if this is something they actually want to do. It also comes with black rims and a factory-look graphics kit so if you’re thinking of buying one for your image-conscious 10-year-old and not your mum, then at least they’ll look as cool as their heroes in ADB! MITCH LEES 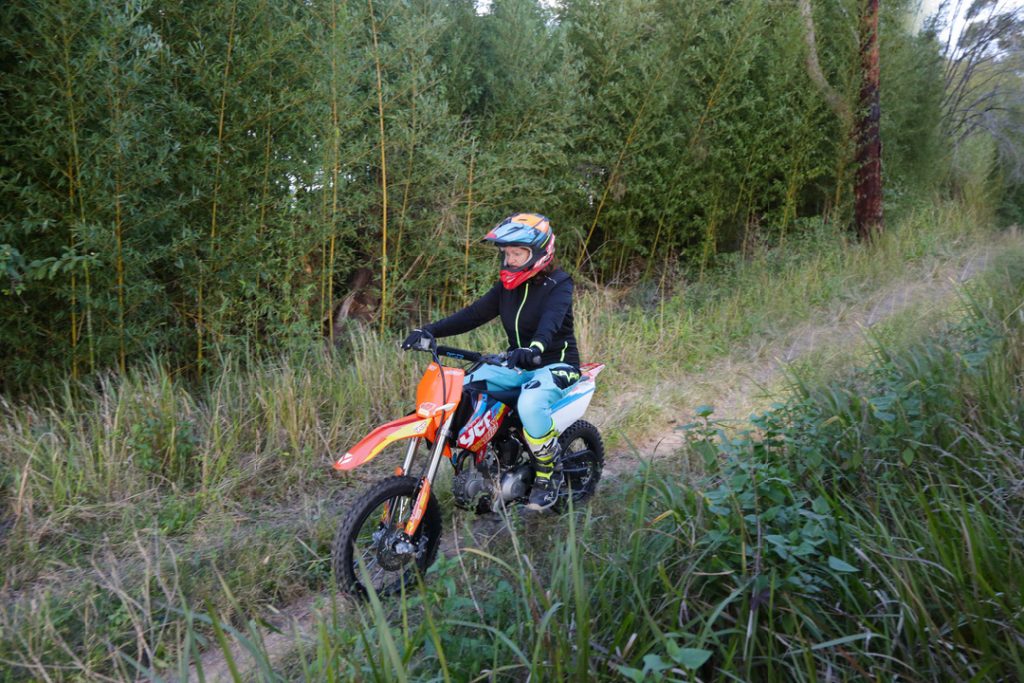 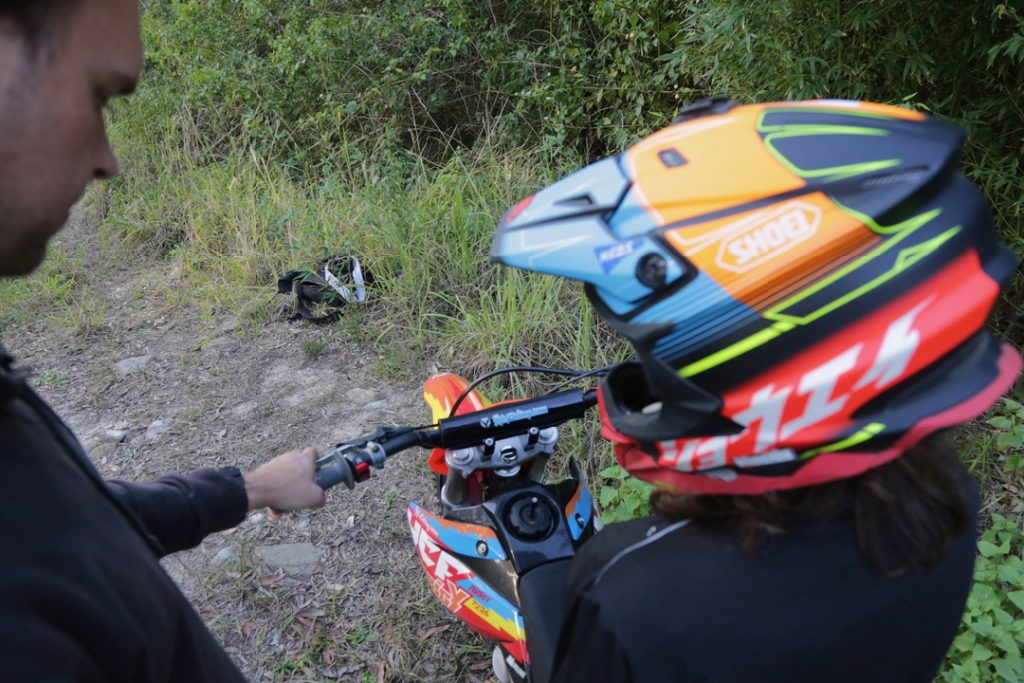