Zach Osborne and the Husqvarna Factory Racing Team wrapped up their first-ever AMA 450MX Championship on Saturday at the season finale in Pala, California.

Despite the challenges presented in 2020, Zach Osborne persisted with poise and laser-sharp focus in his relentless pursuit of a career-first title in the premier class and his tenacity paid off as he concluded the season with the highest honours aboard his FC 450 Rockstar Edition.

With a 24-point lead heading into the weekend, Osborne managed his championship status throughout the course of the day putting forth conservative 5-7 moto finishes to claim sixth overall. In Moto 1, he shot off the line to secure the holeshot before settling into a top-three position early on. He battled up front with a hard-charging group of riders but he didn’t push the envelope, coming through with a solid top-five finish in the first moto. In Moto 2, Osborne grabbed a top-five start and once again managed the race to ultimately come away with a championship-winning seventh-place finish. 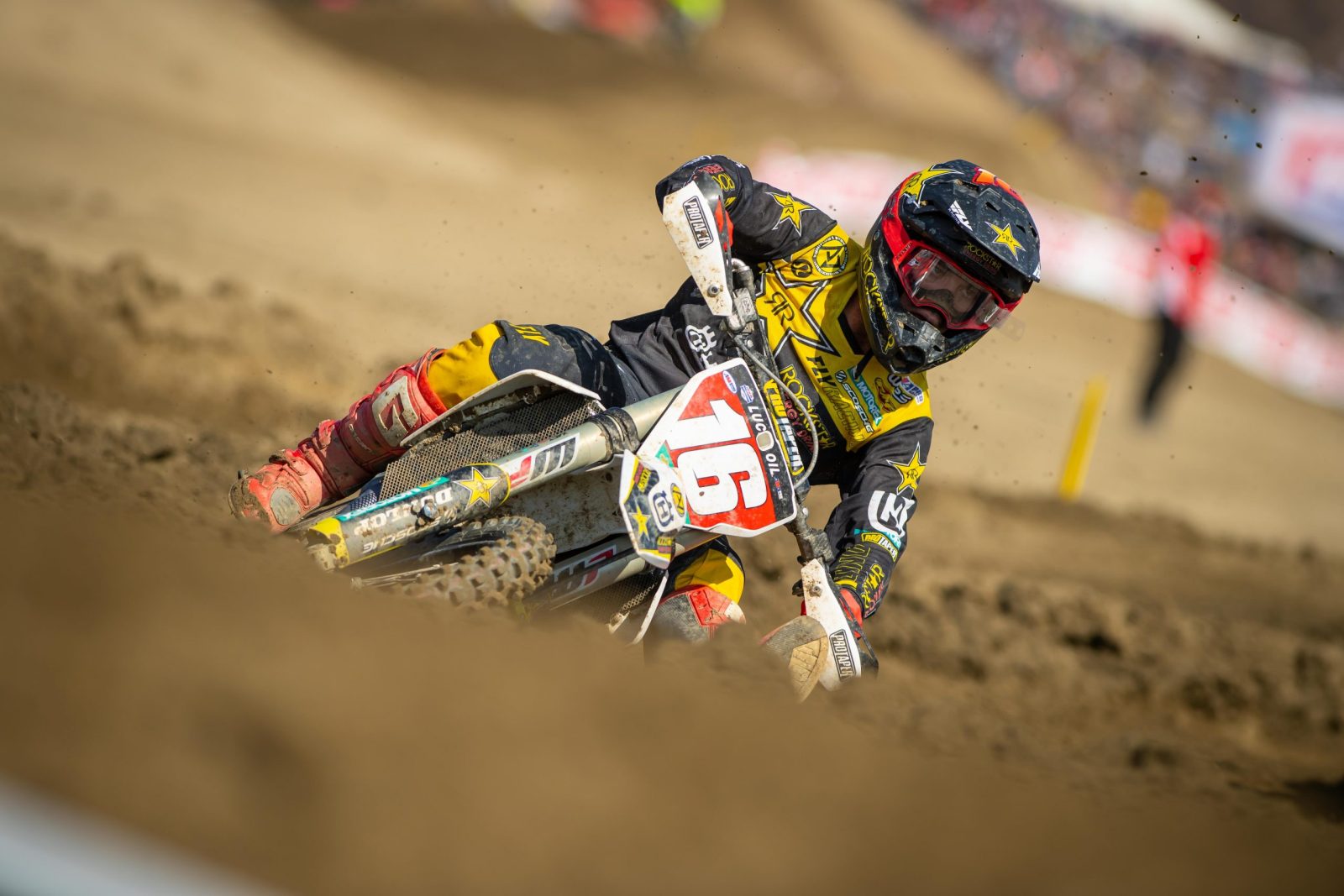 In only his second season in the 450cc division, Zach Osborne began generating momentum at the end of the AMA Supercross Championship where he closed out the season with a career-first 450SX win ahead of teammates Jason Anderson and Dean Wilson, who contributed to a notable 450 podium sweep for Husqvarna. From there, the 31-year-old Virginia native continued to grind through the most uncertain of times and he’s proven to be unstoppable ever since racing resumed in August.

Concluding the season with an impressive four overall wins, two of which were achieved by virtue of 1-1 sweeps, Osborne was able to command the red number plate from start to finish. As a two-time 250SX Eastern Regional Champion (2017 and ’18), as well as 2017 250MX Champion, Osborne has now successfully added another title to his arsenal as he looks to surmount all four major championships over the course of his career.

“I considered actually retiring in March after I broke my back and my wife gave me a pep talk and we decided against it, went to Salt Lake and that went well and it just carried into this outdoor season,” said Osborne. “I came out swinging and was able to take home a national championship which is something I never ever dreamed of doing, I felt it was way out of my league – so dream big is the moral of the story and don’t ever give up. Find people that believe in you even when you don’t and keep pressing on. It’s such a relief to win this today. What an incredible day. Thank you to everyone who has been behind me.”

Ever thought of escaping to the Himalayas? ADB Ed Mitch Lees did and booked a trip with Nevermind Adventure in July! Mitch can't wait for some India cuisine but we bet his gut can...

Jeffrey Herlings will sit out the Grands Prix of Lombardia, Citta di Mantova and Europe following his crash in Free Practice for the Grand Prix of Citta di Faenza.

The 10 round 2019 MX Nationals Championship has come to a close after a massive weekend of racing at the final rounds of the championship at Coolum on the Sunshine Coast.