"It’s that three-dimensional, smooth surge of power that makes the bike so versatile and rideable in the hands of so many different riders.

To sum up, the good points were the versatile power delivery, quality components, WP suspension, hydraulic clutch, larger ’pegs, strong front brake and linkage-free backend.
There’s always a few grumbles though and they were that the left radiator shroud sometimes caught the rider’s boot top, the sidestand mount was weak, the speedo cable routing and durability were questionable, the header pipe leaked, the rear brake was touchy and the plastics scuffed up easily. 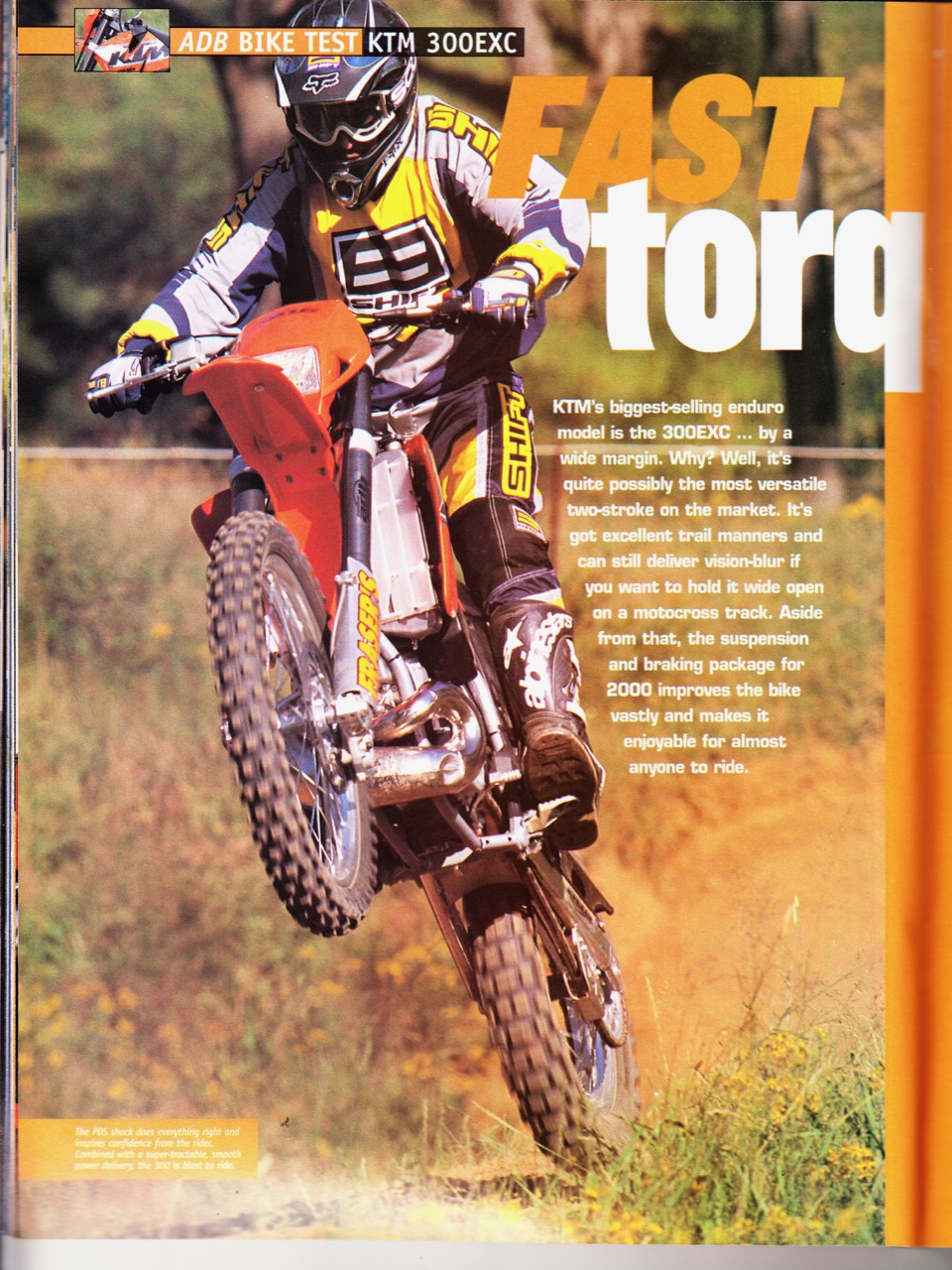 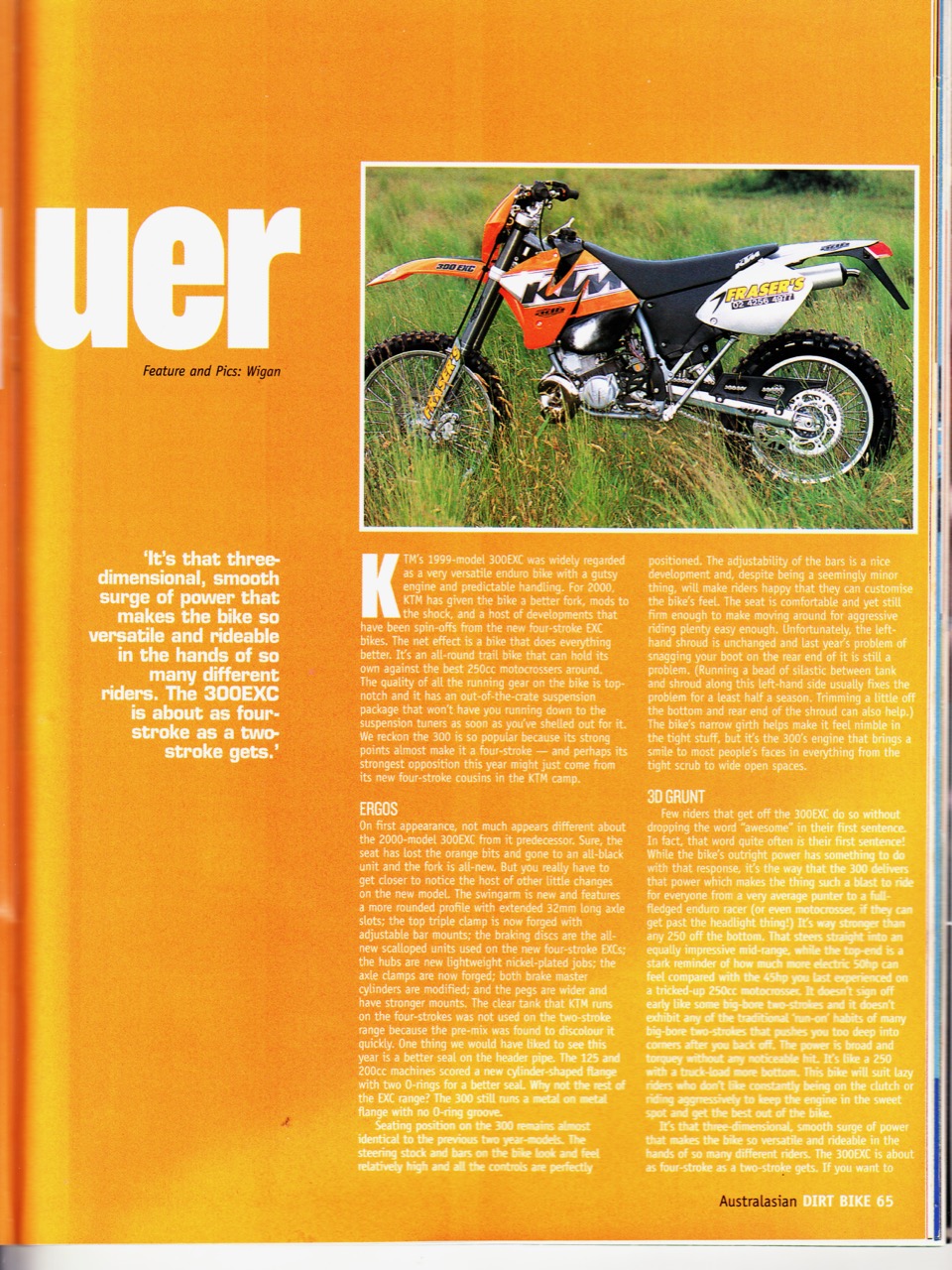 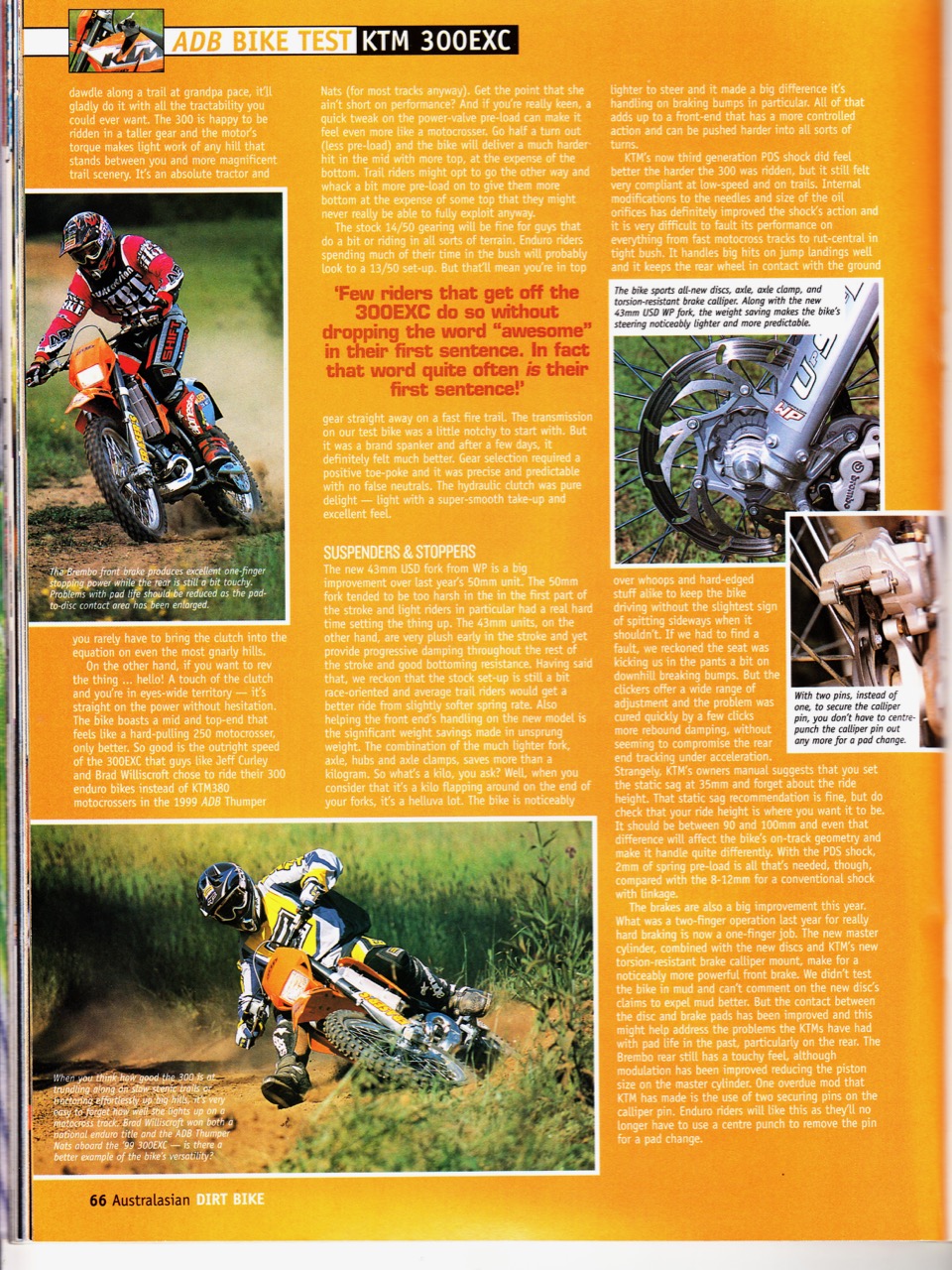 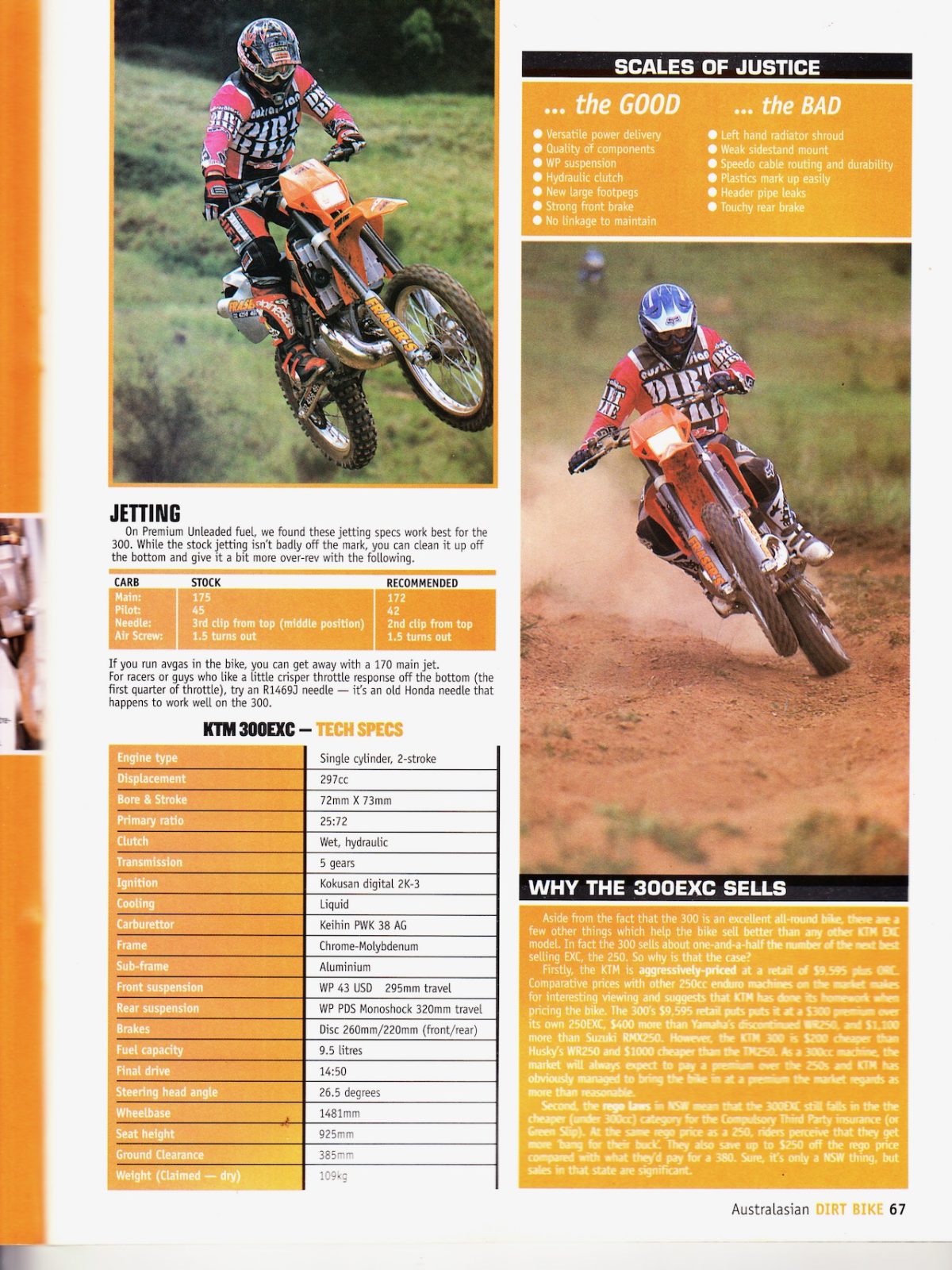