While everyone was doing cartwheels over KTM’s revolutionary new 350 SX-F, ADB took a closer look at KTM’s brilliant 2011 Lites class machine – an MX weapon that for 2011 was all new from the ground up. 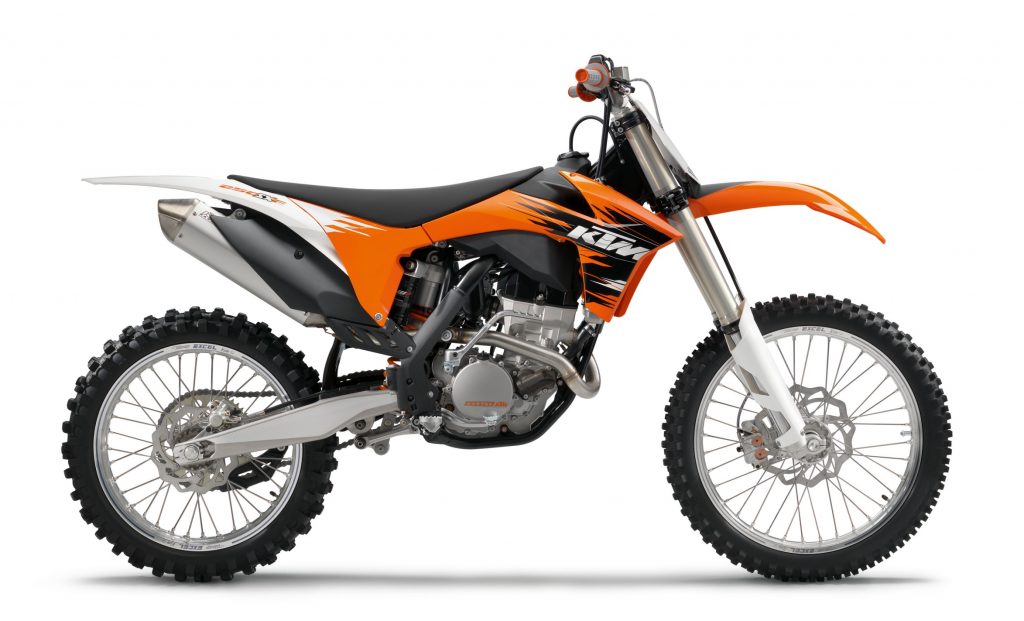 This Short Lap was published in ADB Issue #374 November 2010
The KTM 250 SX-F has long been a powerhouse in the Lites class. It dominated World MX competition for years now and the 2011 model will ensure its mantle is not handed over easily.

Perhaps the biggest change is the introduction of a rear linkage, replacing the PDS system.

The new link handled with distinction on the Benicasim (Spain) circuit on which I tested it, feeling stable and very progressive. It soaked up the acceleration bumps smoothly, as well as taking the big hits from the high-speed jumps and braking bumps. On the short time I had on the bike I didn’t make many suspension changes, which is surprising for me as I’m on the heavy side for a Lites bike. 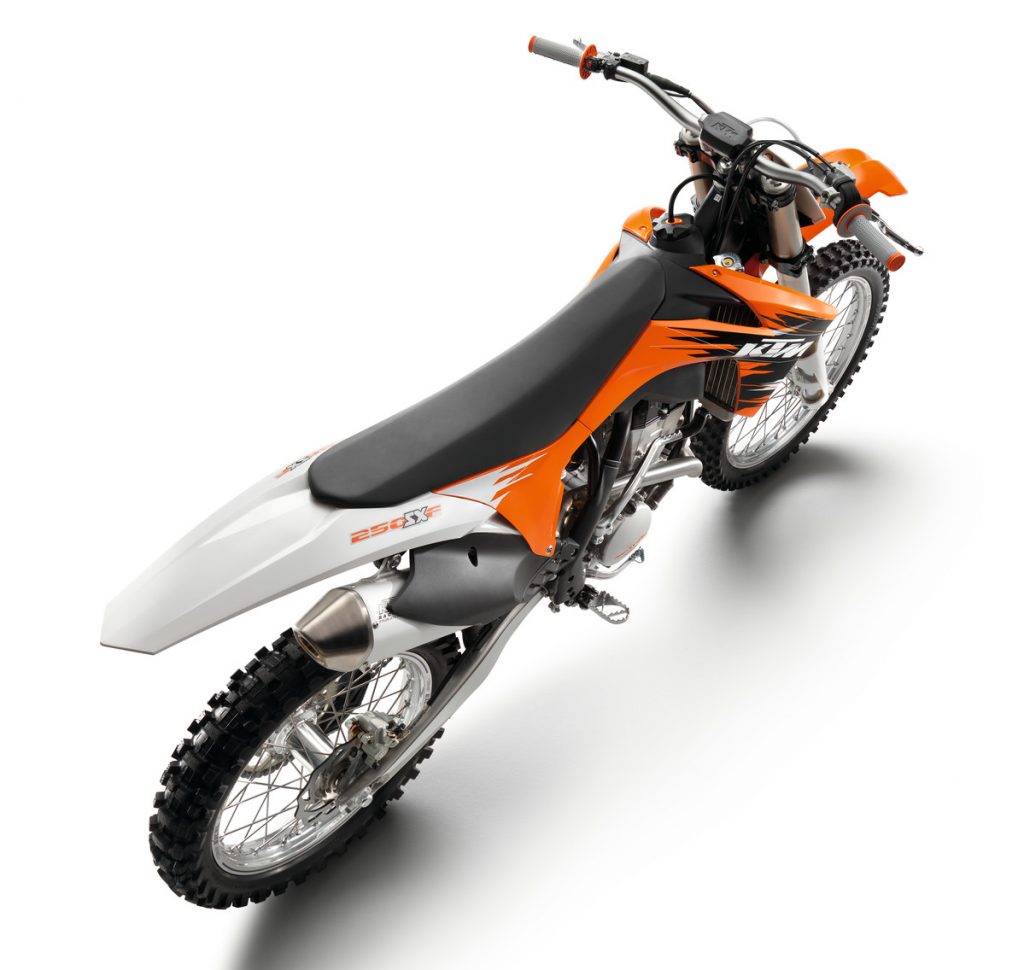 The motor is superb as always, offering meaty power at the flick of a wrist. On the flowing corners it is easy to use third-gear and wind the throttle on, especially when using flat, inside lines. For more excitement, shift down in the tighter turns, but hold on, because when the power comes on the Kato definitely has the mumbo.

Oh, and it almost comes as an afterthought, but this 2011 model also sports EFI with dual ignition and fuel mapping abilities. It isn’t as easy to use or as versatile as the YZ450F Power Tuner, but with time and patience you can certainly make a difference. As is normal with EFI, sensors all over the bike monitor and assess the fuel injection to account for altitude and temperature – no more jetting changes! 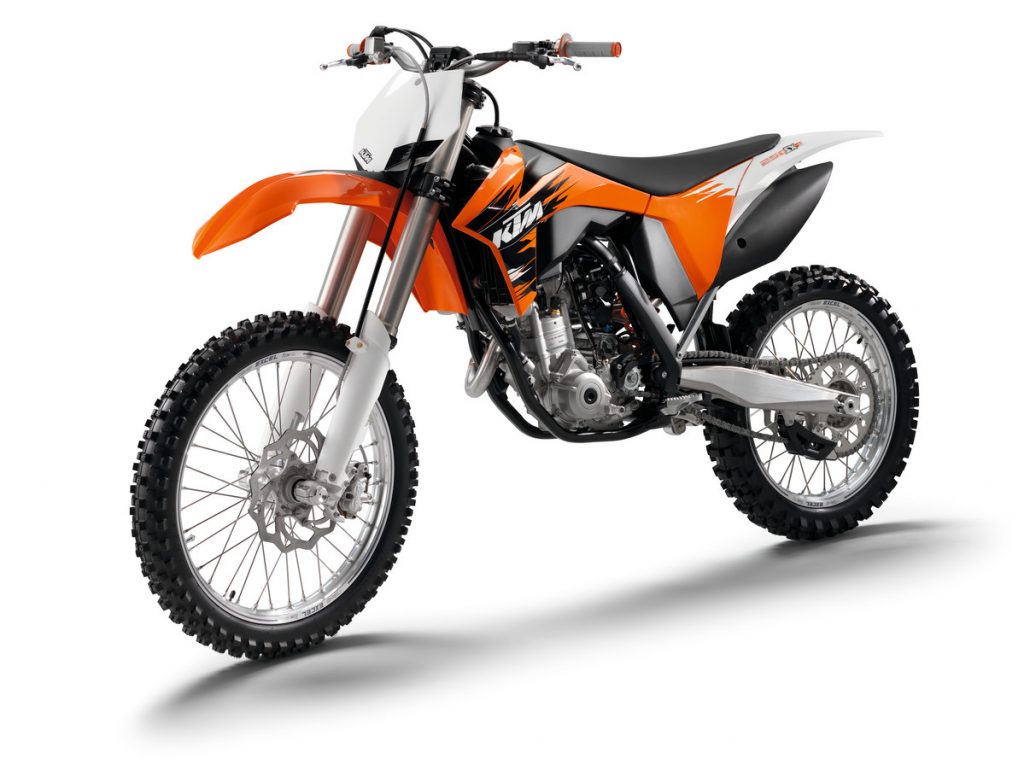 Much to my surprise, the motor is no longer the most impressive part of the KTM 250 SX-F package. The handling is so nimble, light and direct it’s a pleasure to keep trying to trick the Kato into a mistake, as they rarely happen. Rougher tracks may prove otherwise, but during this ride I was totally impressed with the progressive, direct nature of the new, linkage-equipped KTM.

An all-new chromoly frame houses a slim-line unit that allows you to move freely over the machine to distribute your weight for varying situations.
Of all the KTM 2011 MX range, I set my quickest lap time aboard the 250F, which came of something of a surprise considering I’m a horsepower-hungry 450 rider by nature. The 250 SX-F is shaping up to be the unsung hero of KTM’s range, and it’s going to prove very hard to beat indeed! 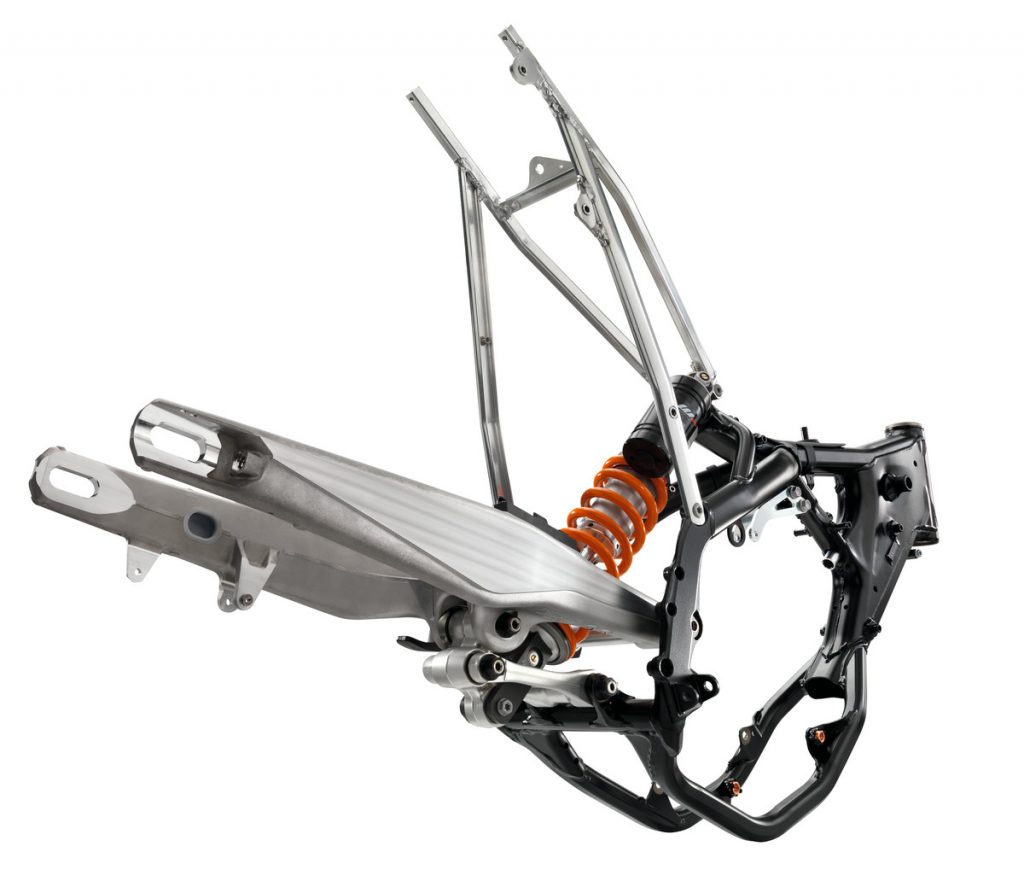 TO LINK OR NOT TO LINK…

…that is the question. While KTM’s light weight, low maintenance PDS suspension system has been accepted by the enduro fraternity, the motocross set aren’t entirely convinced. Despite no end of MX2 World Motocross Championship line honors, KTM’s PDS-equipped motocross bikes struggled to gain mainstream popularity, particularly in the United States.
The Yanks whined the PDS rear-end is not as progressive as a linkage-equipped rear-end, a claim belied by the 250 SX-F’s GP-winning success.
So is this linkage-versus-PDS business all a matter of perception, or are the new, link-equipped motocrossers better-handling motorcycles? The 2011 KTM 250 SX-F is a sweet-handling bike, that’s for sure. But with so many changes to the machine it’s hard to equate that to any one thing, link included. One thing’s for sure; there’s nothing keeping PDS skeptics off an orange bike for the 2011 MX season.