ADB tests the 2016 crop of 450 four-stroke enduro bikes to find out which one is the pick.

Inspired by the fire breathing animal that is the YZ450F, the 2016 WR-F is probably the most aggressive bike of the bunch. Its powerplant is super responsive and quite abrupt and while some riders will love that it has that hit off the bottom, others may find it intimidating. While the motor is great for fast and flowy firetrail, as soon as you get into the technical stuff, the aggressive nature of the bike can get you into trouble. Yamaha does offer the powertuner tool (at $400) which you can re-program the bike to be mellower.

The bike has a really stable feel, especially along a flowy bit of trail with ruts to bank off.  However, once the bike gets into the techo, rocky sections, the forks seem to lack that plushness we’re used to on the WR450F. The rear shock drove really well and tracked really nicely over acceleration bumps.

The biggest change to the Beta for 2016 is the addition of fuel injection. They have had EFI on their 350 bike for a while but this is the first time on the bigger bikes.

Straight away you noticed the super smooth bottom-end power delivery. And while it may only be a 430, it still delivers nice, useable punch that also likes to be revved out and will keep most riders happy.

The suspension is a Sachs setup and while its quite soft and better suited to trailriding, it offers a really nice ride when on some singleline stuff. However, once you start pushing, the bike had a tendency to bottom out easily.

It feels very nimble between your legs and as you can expect with a trials manufacturer, it handles very nice when you stand up. Another thing to mention that was quite interesting is the stepper motor of the throttle body which kicks in when you shut the throttle off and in turn, reduces the engine braking.

First impressions of the motor was that it felt quite restricted and wanted to be set free. The stock ignition mapping is very mellow. It does have a dual ignition switch which they claim adds 7HP when switched from standard to race mode. Once we switched over, the motor livens up a fair bit but still lacks that bottom- to mid- punch that the other bikes have.

The Sherco front-end impresssed and handled the rocky stuff quite nicely. Unfortunately, this bike took the title for having the most engine braking. It was noticeably more than the other bikes and as result, it makes it hard to judge ruts because when you backed off, you slowed down considerably and it unsettled you in the turns. The shock drove really well out of corners but if you charged into a corner that had a few braking bumps, it became unsettled bigtime.

The major change for the RMX450Z is that you can now get them road registered whereas before you could only rec rego them.

The motor is quite torquey and has useable power. You can tractor it up the hills and it doesn’t want to rip out of your hands.

It is only a five-speed gearbox and the bottom to mid power is good, but it signs off quickly. 2nd and 3rd gear has a decent gap as well, which most testers found chopping and changing in between while we rode.

The suspension is just like the RMZ motocross bike just with lighter, Enduro specific, tapered springs which then gives you the impression that the bike is soft and harsh. Mainly because the softer spring rates are too soft and you ride down in the mid-stroke.

In the years since we last tested the 450 EXC, KTM has focused mainly on refinement. It has been fine-tuned this year and as a result, the motor is brilliant. The bottom- to mid- is super smooth and strong and it continues to pull all the way into the top-end. It can be torqued down to nothing or revved to the moon depending on how you want to ride it.

And complementing the motor was a pretty solid suspension package. The forks have been changed from a 26mm axle to a 22mm axle and the offset has been changed as well. This gives the bike a real planted feel in the front. The new front-end setup seems to have eliminated the deflective feel they used to have as well. It is very plush so it handles the little stuff like rocks and roots well and also holds up at speed. “The bike makes you want to push and breeds confidence” said Brett Kenny.

The motor in the Husky is essentially the same as the KTM but the airbox design is different and is a little restrictive. While it still produces great all-round power and is still very torquey, you can feel that the airbox is a little choked up and as a result, you can notice that is a little slower than the KTM.

The action of the 4CS fork tends to blow through really quick. When riding the slow and technical stuff, they are okay and allow you to pick lines with ease, but as soon as you start riding with a bit of pace, they lose their credit.

The rear shock is a linkage compared to the PDS of the KTM and drives very nicely. It has a nice action but like I said earlier, the fork doesn’t complement the shock at all.

The Husky has a map switch too which is really good. The standard map is solid so most trail guys will like that and if you want a little more than flick it across and enjoy the ride. Geoff Braico

Check out the full feature with rider feedback and a winner picked in issue #440 of ADB – digital copy available through Zinio.

All manufacturers building a reputable trail or enduro 450cc machine were invited, however several manufactures declined the invitation. 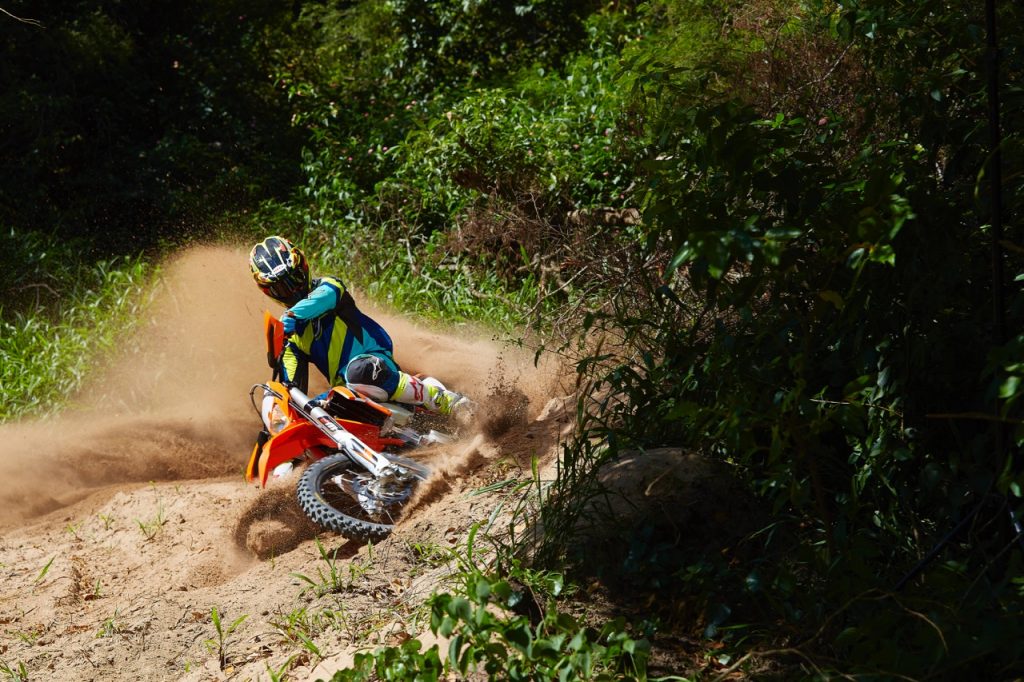 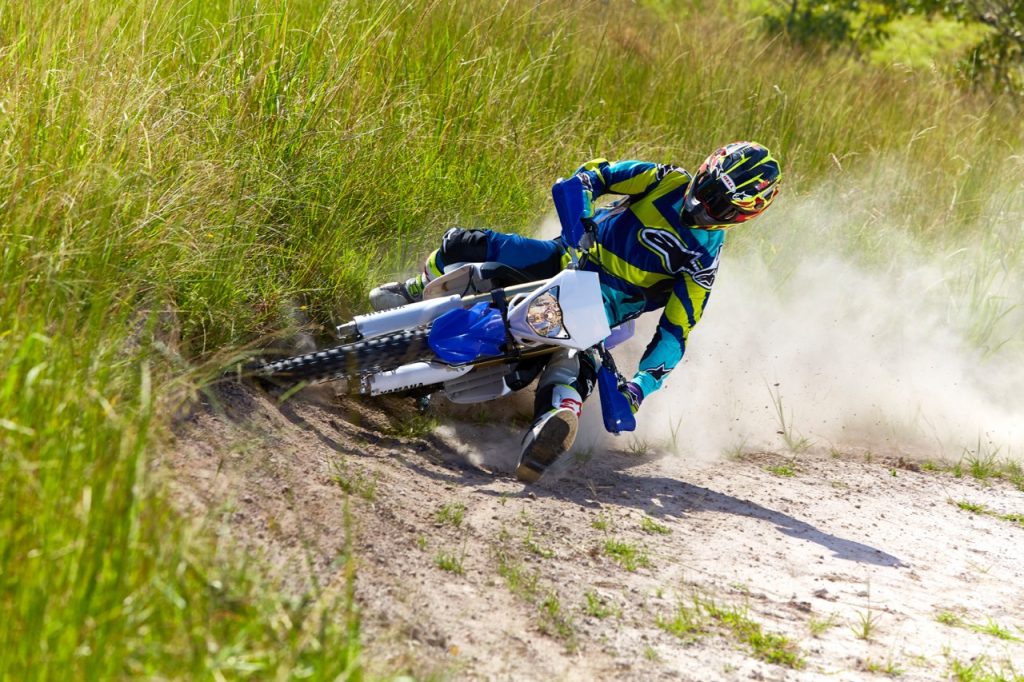 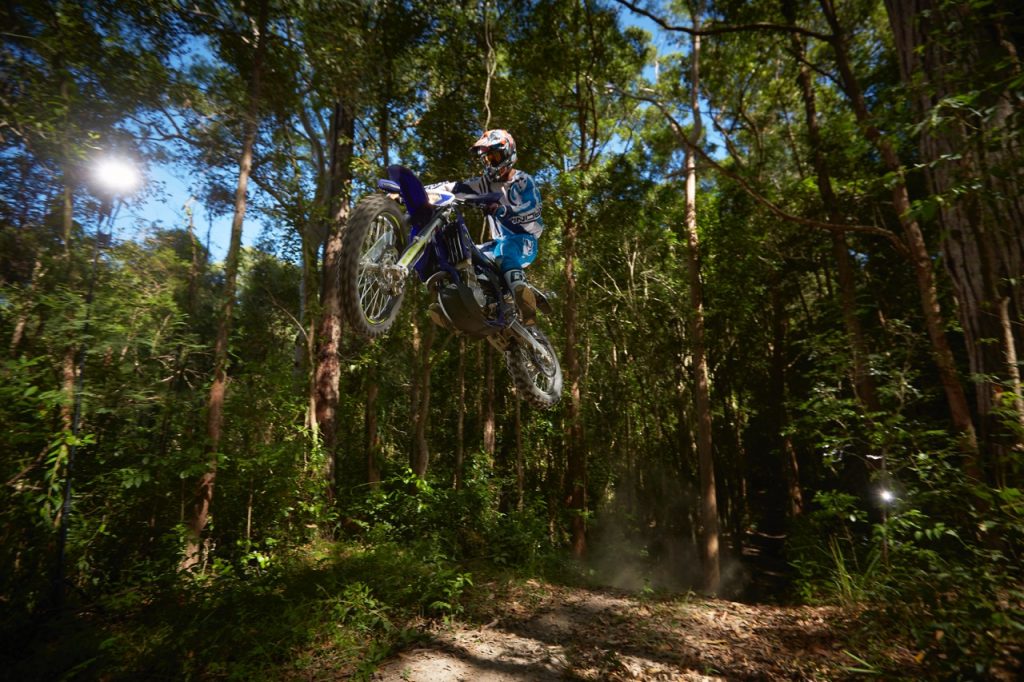 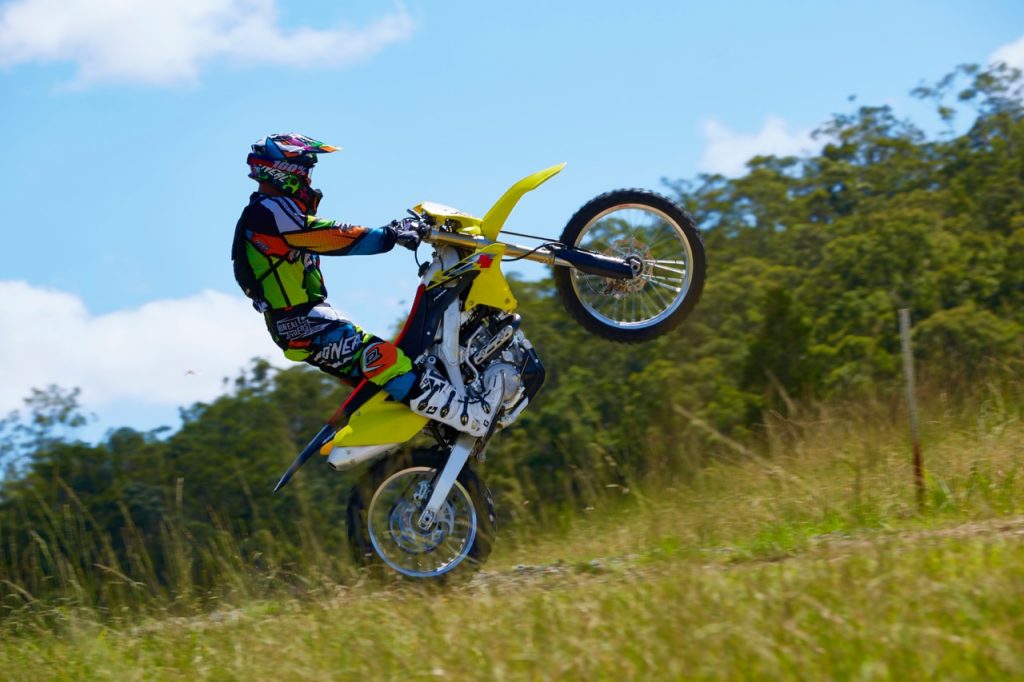