Riding on a familiar track, I immediately felt comfortable on the updated bike. The motor is impressive, with plenty of power right through the range. I was running the leaner coupling, which makes the engine livelier and gives you extra punch at the twist of the throttle.

Most holeshot control systems are just soft ignition curves that let you get away with murder. S-HAC is different – I didn’t feel like I was riding a scooter and with plenty of grunt on tap, you won’t bog if you make a mistake. It’s a big plus for the 2016 model.

The chunky alloy frame doesn’t have much flex, so it’s exceptionally precise but puts more emphasis on getting your suspension dialled in; if it’s out, things can become harsh. The rear shock is unchanged for 2016 and performs well. Up front, you need to work out your personal air pressures for the Showa SFF Triple Chamber air forks to deliver. These Showa forks are a huge improvement over the original single-chamber air fork and lighter than cartridge or spring forks by close to 2kg.

Despite unchanged ergos, the bike feels modern. The seat is wide enough to grip but not too wide, and when you’re standing, the relationship between footpegs and ’bars is spot on, though the ’pegs are relatively widely spaced.

The cable-operated clutch has a nice action and though the clutch and brake levers are a little thin, they’re comfortable, though I’d swap the hard grips. The throttle is light and you can adjust the freeplay easily. The brakes work well and the stock handlebar uses an aggressive, flat bend that will suit most riders.

Suzuki will continue to be competitive in the 450cc class. The power put it near the pointy end going into the first turn, and when the going gets rough it has the chassis and suspension to get the job done. The 2016 Suzuki RM-Z 450 will be is a legitimate choice for weekend warriors through to aspiring champions. 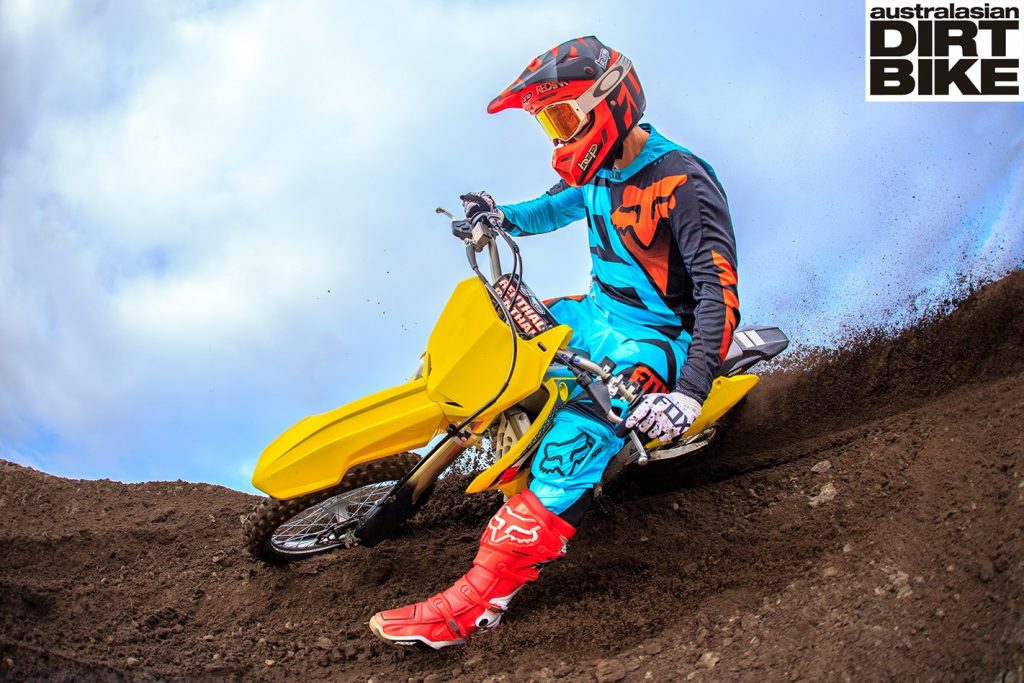 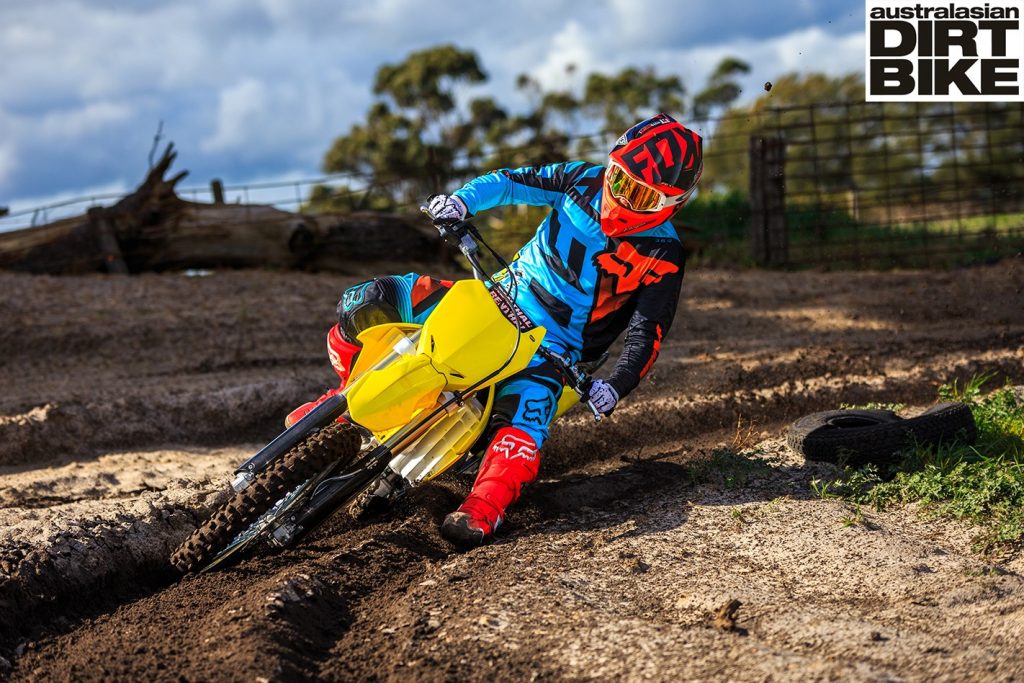 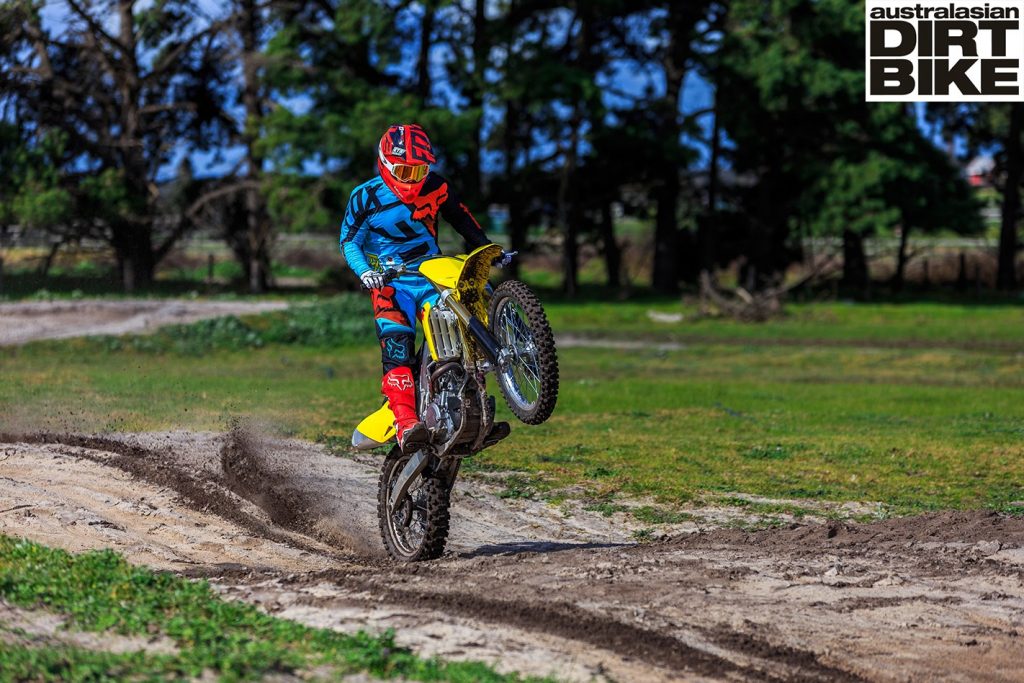 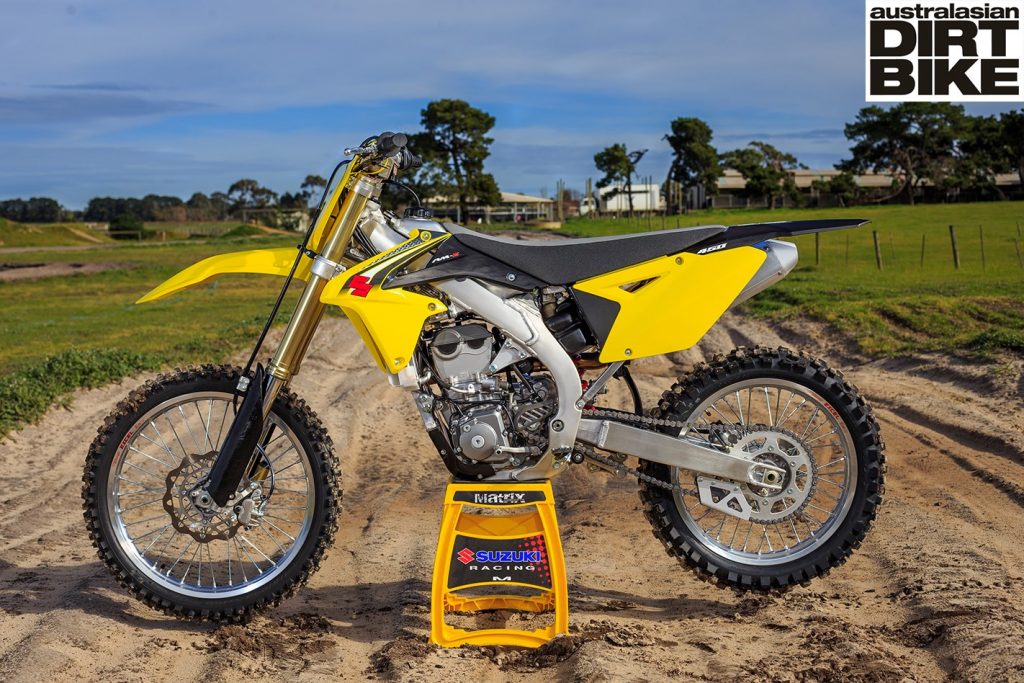 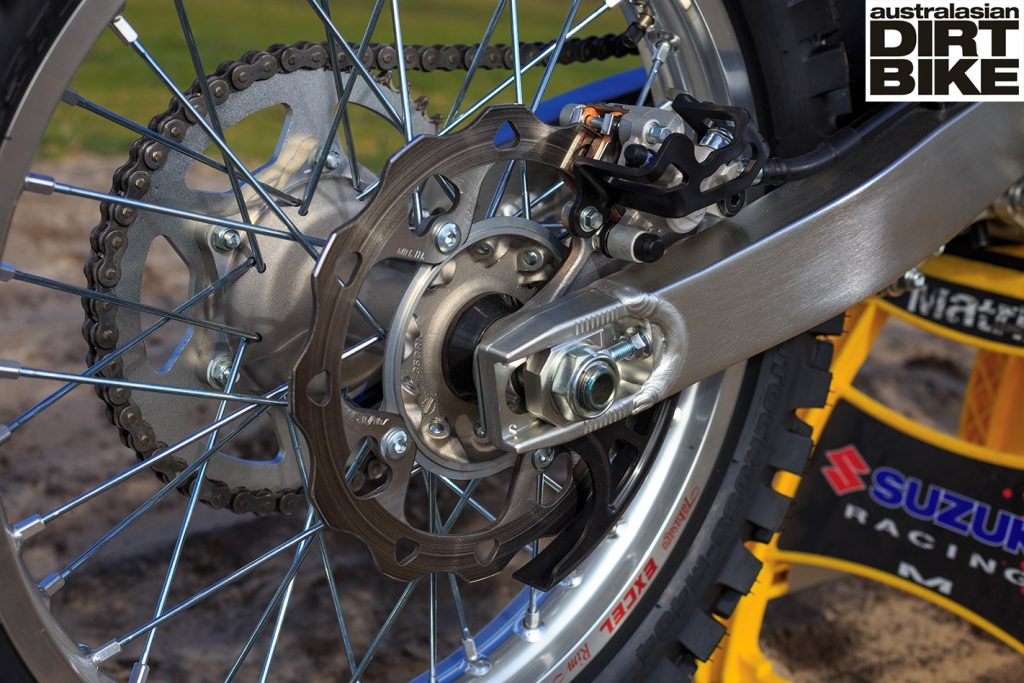