Suzuki’s 250cc four-stroke has always been a force. The RM-Z has a reputation world-wide as a bike that does everything well.

The 2016 Suzuki RM-Z250 received a number of changes to both the engine and suspension. By far the biggest change is the swap from Honda-owned Showa to Yamaha-owned KYB and the move from a spring/cartridge Separate Function Fork to the latest KYB PSF2.

Upgrades to the powerplant are aimed at increasing bottom, mid and top-end power. The new piston has received a surface coating while the gudgeon pin features a DLC (Diamond Like Coating).

New intake and exhaust cams deliver a wider range of power while the intake valves have been designed for more compression. In addition to these changes, Suzuki has included a new crankshaft and magneto designed to minimise engine braking.

The engine gets further help with the addition of Suzuki Holeshot Assist Control from the RM-Z450, a launch control function to help riders rocket out of the starting gate.

The KYB PSF2 fork that Suzuki has opted for in the 2016 Suzuki RM-Z250 works exceptionally on small bumps and hit hits. It’s an improve on the Showa Separate Function fork that works well on the big hits but can feel a bit harsh on the small, chattery bumps. The only thing that Suzuki fans will need to keep an eye on is the air pressures , which  can fluctuate with a single-chamber air fork.

The KYB shock worked very well for me, complemented by a stable chassis. I did find however that with the rebound clicker didn’t have quite as much of a workable range. This means that your suspension technician will need to hit their mark if you make any valving changes to the rebound. 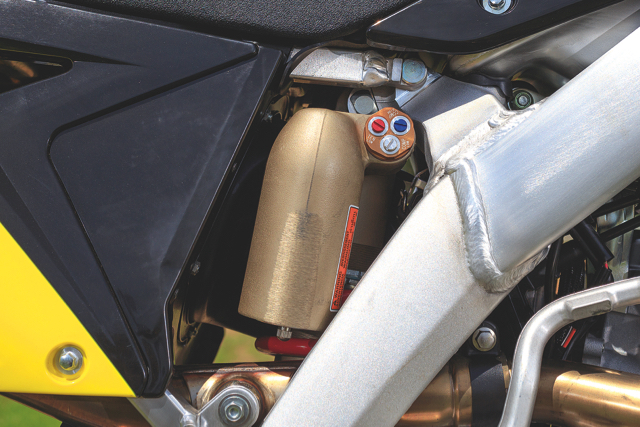 Suzuki’s launch control system, S-HAC, is a simple one. You just choose one of three power settings, docile, standard or aggressive to rocket you out of the gate.

I tried all three maps when I ode the machine and weighing in at 85kg the docile map is no good for me, but I tried it anyway. No surprises, it was a bit too smooth and lacking in the horsepower department.

All of the changes to the engine work well and it’s vastly improved over last year’s. The bike seems to have sacrificed a small amount of bottom-end power to make up a substantial amount of mid-range and over-rev. It took me a little while to come to terms with the slightly different type of power which meant that with my extra body weight I had to keep it in a lower gear and let it rev.

That is when the engine really came into its own. If I let the power lag too low in the revs then it took a good two or three slips of the clutch to get it going. 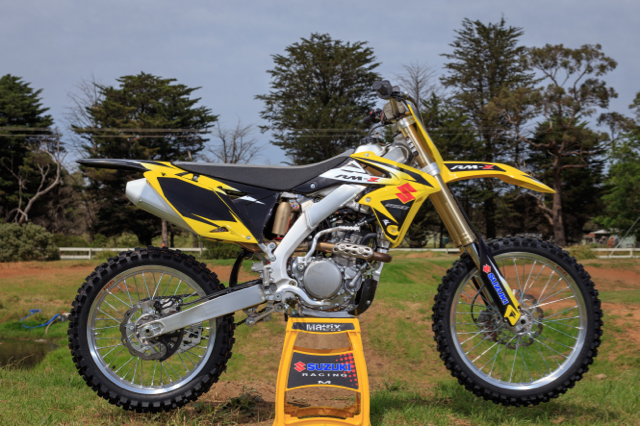 The 2016 Suzuki RM-Z250 has taken some big steps forward in the engine department while perhaps taking a couple of sidesteps in the suspension department. The good news for Suzuki fans though is that there seems to have been no backward steps. This bike will feature well up there in shootouts and keep the die-hard Suzuki fans happy as they leave their local retailer and fuel up for their first ride. Lee Hogan

Are the 2016 SWMs just rebranded Husqvarnas? Yes. And here’s why we think that’s a good thing.

For our 2019 250F Motocross Shootout we returned to the same testing facility as last year, the Briggs Factory.

ADB Digital Editor, Olly Malone, was in Broadford, Victoria, for the Australian press launch of the 2018 Gas Gas EC300 and XC300.