Well folks it's finally happened. Yoshimura took pity on me and I have a new pipe on the RM-Z450.

People who read my monthly long-term reports would know I hacked up the genuine RM-Z muffler in the May issue (ADB #464) to get some more go out of the engine and, to my surprise, it worked. But it didn’t produce the sort of results you get from bolting on a Yoshimura RS-4 complete exhaust system.

This thing has really livened up the engine and the note is so much stronger. The bottom-end and mid-range torque has increased and the responsiveness has greatly improved. I knew the RM-Z engine had more to give and the Yoshi pipe really proves it.

The RS-4 exhaust was easy to fit. It bolted into place in a matter of minutes and sits neatly. The first thing I noticed when I started the bike was that it was louder but the real benefit was when I hit the track. I wish I’d had this pipe on three months ago.

The original chain was starting to look a little shagged so I fitted an RK Racing chain and sprockets to the bike. The gold-anodised rear sprocket looks nice and flashy while the heavy-duty gold racing chain is slim, so it doesn’t chew out the guides. It has thin sealing rings that offer the same benefits as an O-ring chain while producing very little drag. The front sprocket is made of heavy-duty steel.

I’ve only had a few rides with these and so far so good. But I’ll keep punishing them and let you know how they hold up. 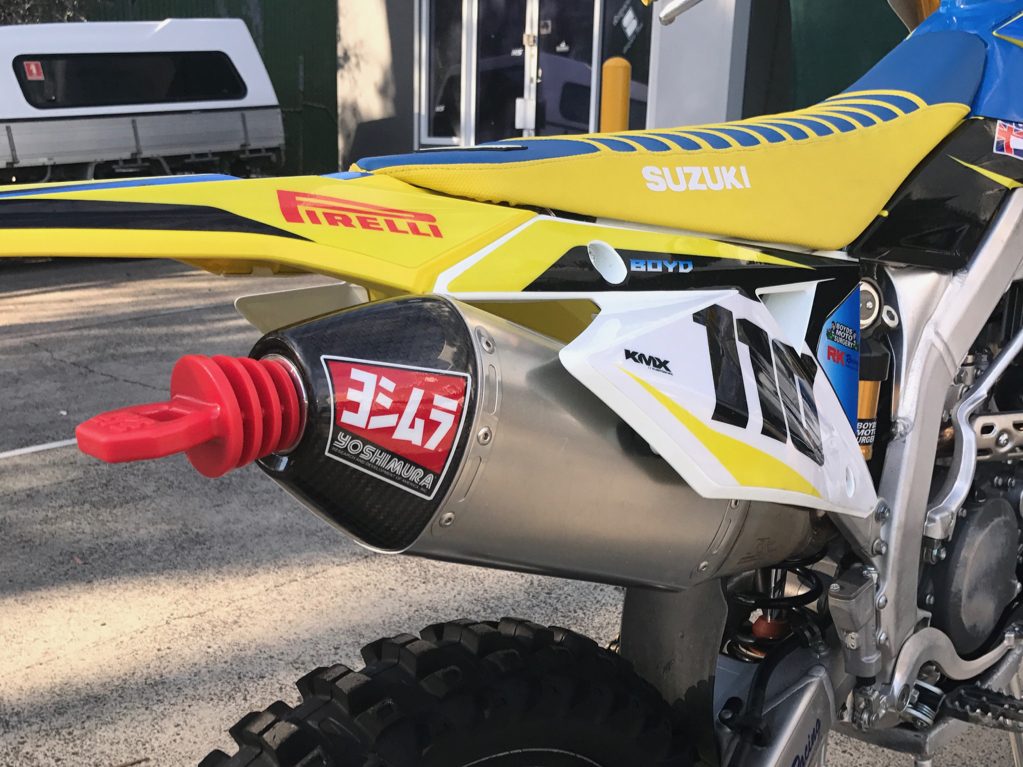 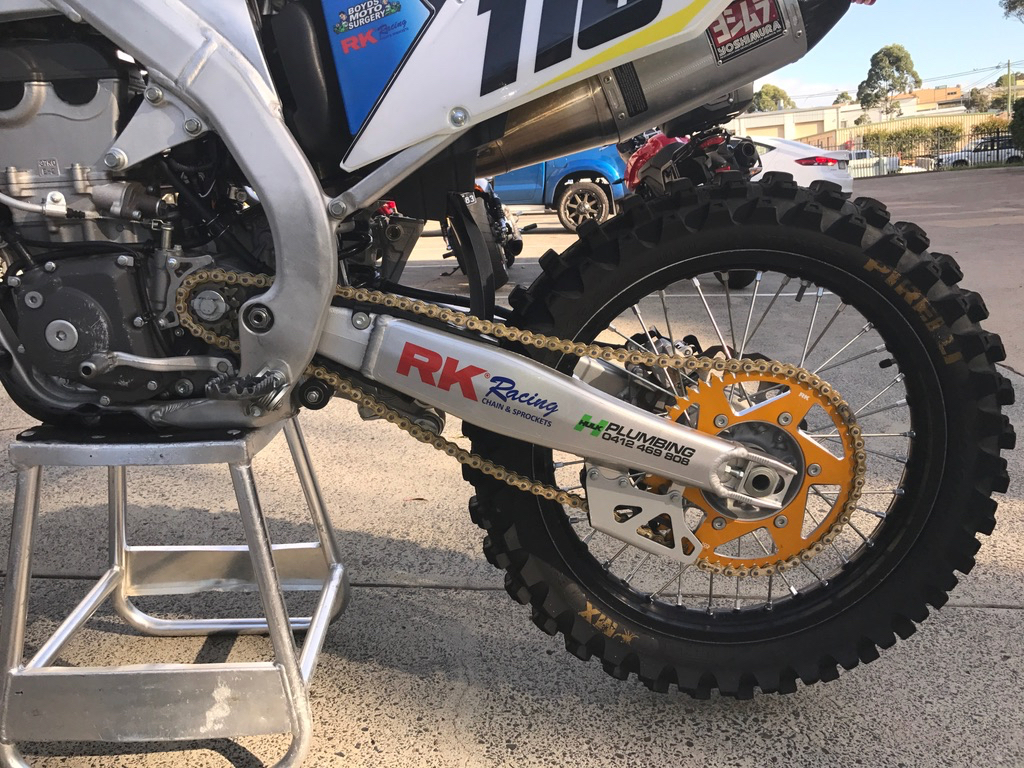 Another thing I have changed on the RM-Z this month is the front tyre. I’ve gone from a Pirelli Scorpion MX32 Mid Hard compound tyre to a MX32 Mid Soft. The idea is to get a little more front-end grip at the expense of a little durability.

Soft-compound tyres on the back of a 450 don’t tend to last very long so I choose to run a Mid Hard but, on the front, I like the extra grip from the Mid Soft. The front doesn’t tend to wear too quickly so I can get away with the softer compound quite easily. This pairing is working out quite well so far.

I managed to get my first motocross race in last weekend aboard the RM-Z since breaking my knee in a supermoto race last year. I didn’t get the best of starts but after two laps and a few aggressive passes I made it into the lead in the Pro Open race at my local Lakes Motocross track.

Once I got into the lead I started to feel comfortable and click off a few fast laps before looking over my shoulder and realizing that I had pulled a sizeable gap over the field. I felt comfortable on the bike and felt as if I was riding at a fast but comfortable pace. This made me realise I could obviously ride the RM-Z quite well but I will need to work on my starts to get ready for the next round. Technical Editor Mat Boyd