The 300cc two-strokes are easily Australia’s most popular and biggest selling oil burners in the off-road market but, strangely enough, I’ve never been a massive fan.

I have always found them a bit of a handful, especially on our typically fast, dry tracks with the powerful two-stroke engine and light chassis. I just don’t enjoy them as much as I do a less grunty smoker.

On the flipside, I totally understand why 300s are so popular. Many owners I’ve spoken to sing the praises of the reliable and indestructible engines. They also love the truck-loads of torque the bikes have, meaning they can be lazy on the gearchanges while still keeping a good pace on the trails.

At Sherco Australia’s 2019 launch I got the chance to see where their 300SE fits into this very popular category. The bike has proven it’s capable of winning any extreme enduro on the world scene, including the Roof of Africa, Romaniacs, Megawatt and our very own Wildwood Rock. 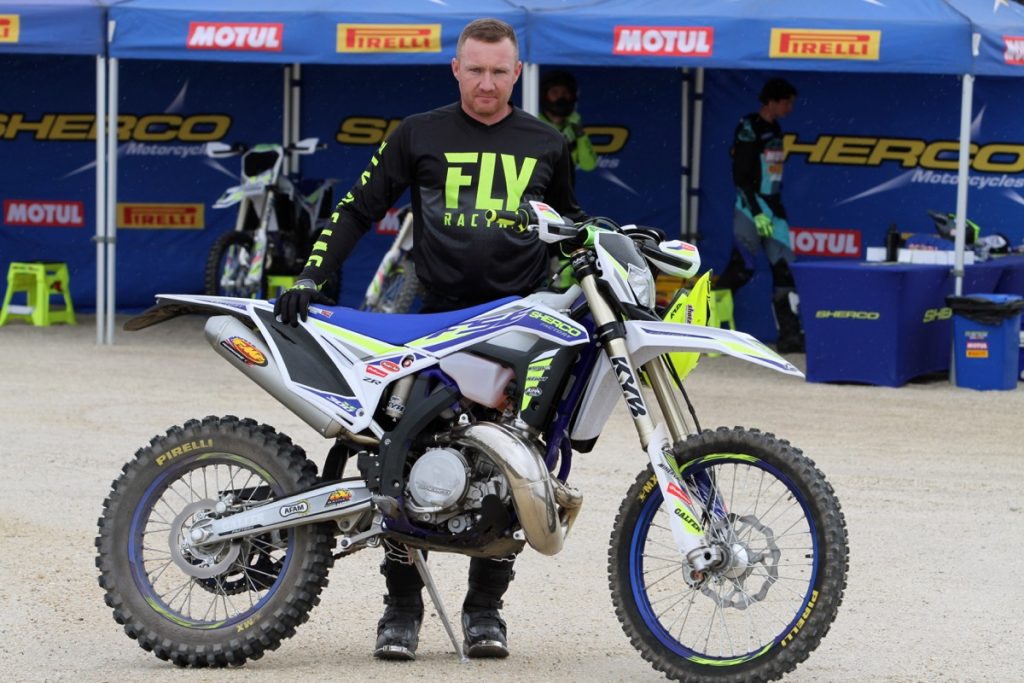 FAST AND FURIOUS
Over the last few years, the 300SE has built up a reputation as an absolute weapon and sometimes even too aggressive. I have ridden the 2017 and 2018 models and totally understand how this happened. The engine was super powerful and very aggressive if not treated with respect, while the suspension and frame geometry rewarded an aggressive rider.
The 2019 Sherco 300SE has a long list of new parts aimed at smoothing out every aspect of the bike. Everything has either seen changes or upgrades. The 300SE I tested was the Factory version and the big difference between that and the Racing model is the suspension. The Racing inherits the 48mm WP Xplor fork and WP shock from the 2018 Factory, while the 2019 Factory has received the highly reputable 48mm KYB closed-cartridge fork and a KYB shock.

Before I throw a leg over any new bike, I like to give it a good look-over to see what I am in for and where all its features are. Looking over this new model I soon became a big fan of the Factory models new colour scheme, with its white guards with the blue and fluorescent yellow graphics making this model really stand out. 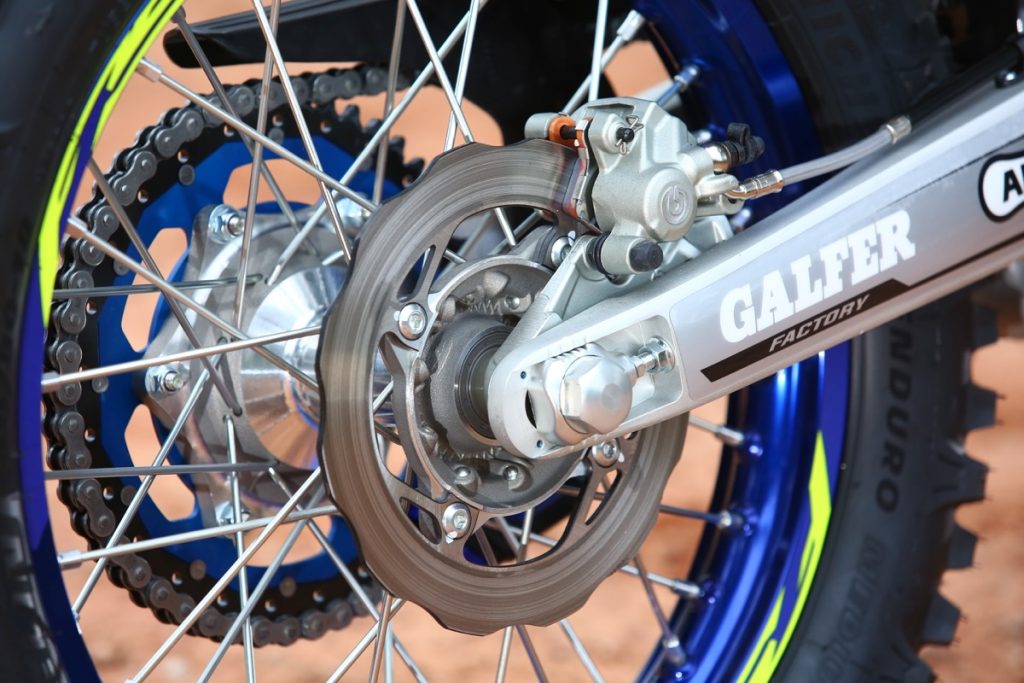 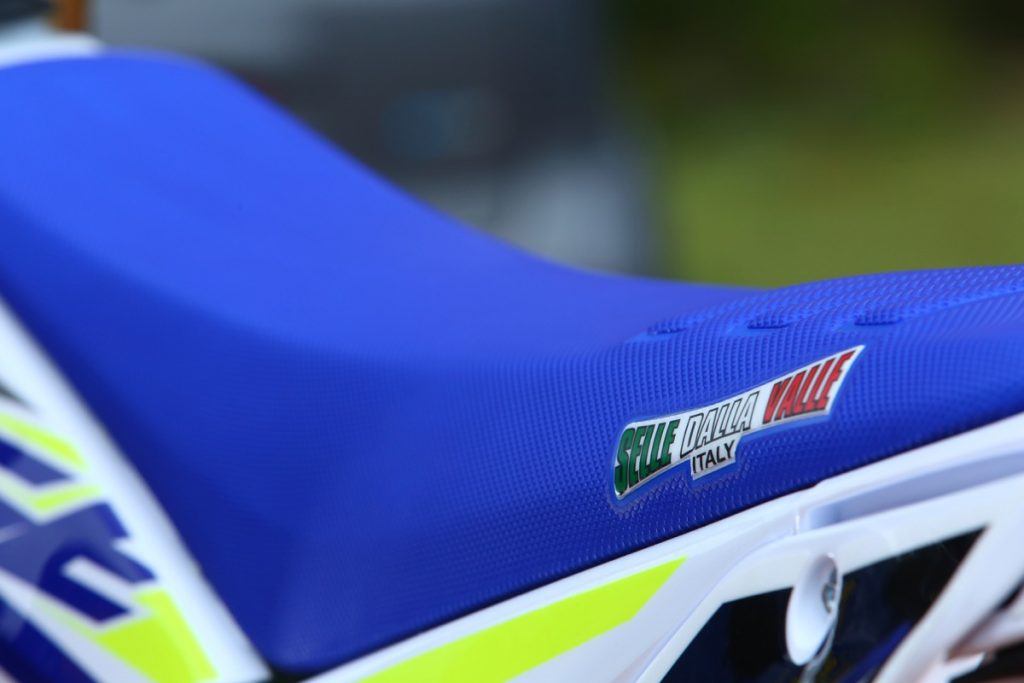 Riding from the car park to the enduro test loop at Krusic’s Ride Park in Gippsland, Vic, the first thing I noticed was how light the new model felt. It was really noticeable when I had to flip flop through a gate. Sherco has switched to a significantly lighter lithium battery plus a lighter ignition rotor that’s designed for reduced engine inertia. Both of these changes sure made the new model feel lighter.

As I wanted to feel the full potential of the less-aggressive engine, I ran the power map switch in Hard mode. The test track was on the dry and slippery side due to the lack of rain, so I definitely treated the throttle with some caution when opening it up in the first few corners.

From my experience on earlier Sherco 300s, I was a little cautious as they were quite aggressive, but it didn’t take me long to realise this model is a completely new beast. On paper there is a long list of new engine parts with a lot of them based around the cylinder and electronic power valve. For me, they all translated into a very user-friendly engine. I would still say this is the powerhouse motor of the 300 two-stroke class, but it’s now very linear power that is not intimidating at all. 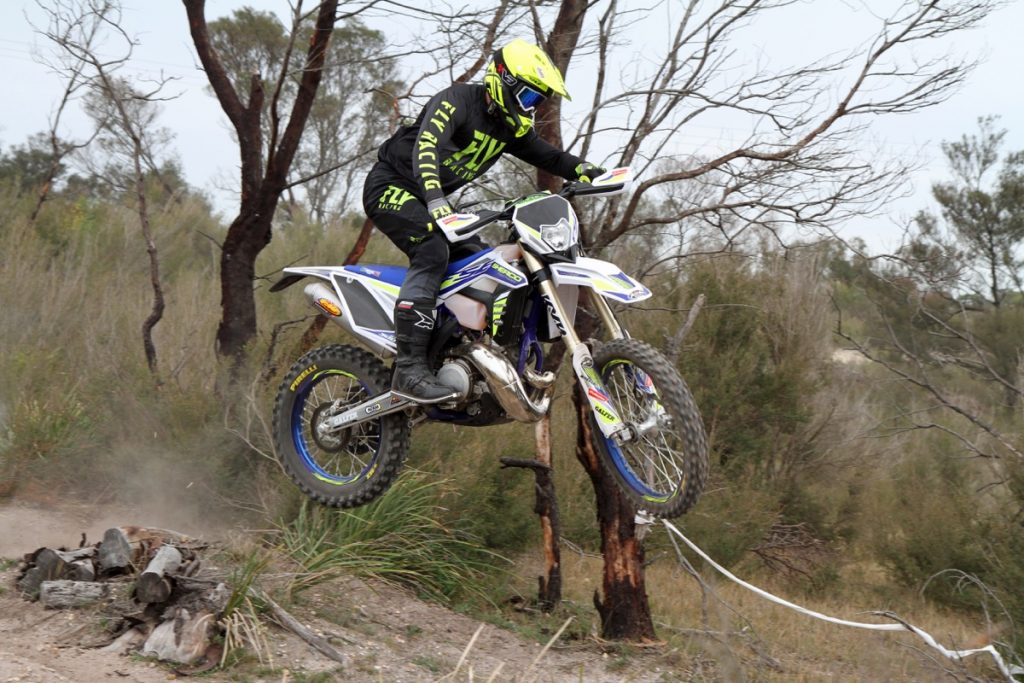 After my lungs started to burn, I knew it was time to flick the map switch to Soft mode. WOW! I didn’t expect that much of a change. Now I’ve been saying for years the ultimate setup I’d like to have is a switch on the handlebar that can change a bike from a 500cc to a 200cc. That way I could flick between the two depending on the conditions and my energy levels. So you can imagine my excitement when I switched to the Soft mode and it felt like the bike dropped about 10 horsepower. It still made tonnes of torque and pulled like it does in the Hard map, but now I could keep the throttle wide-open and point the bike anywhere I wanted as the power was so much tamer and easier to use, almost the power I’d expect from a 200cc two-stroke.

I just started picturing all the different tracks this would come in handy for and make riding a 300 so much more enjoyable. 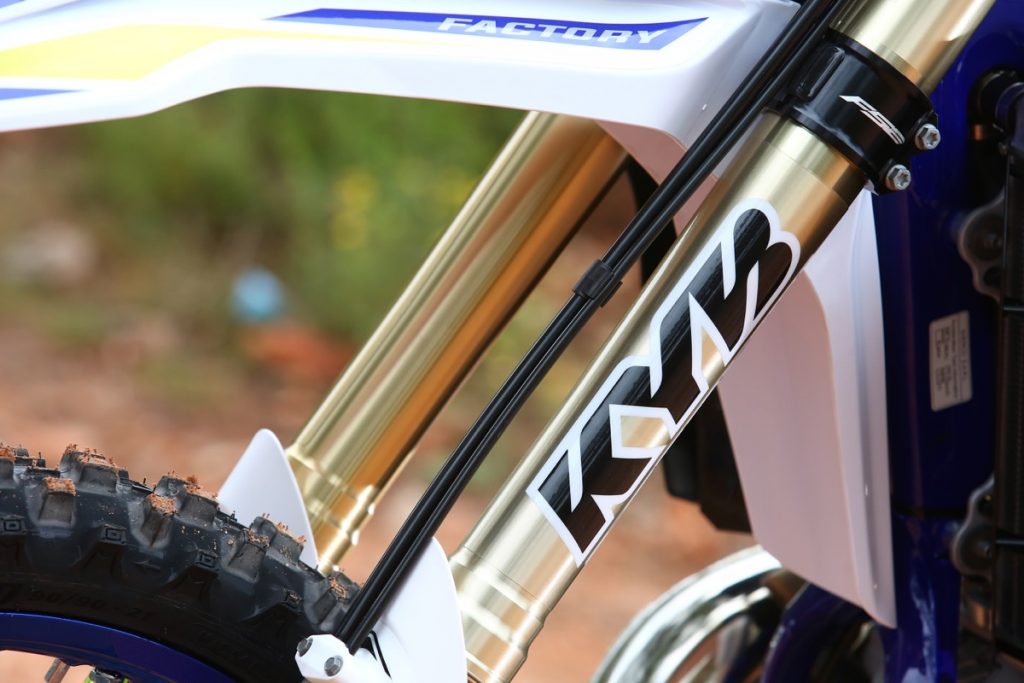 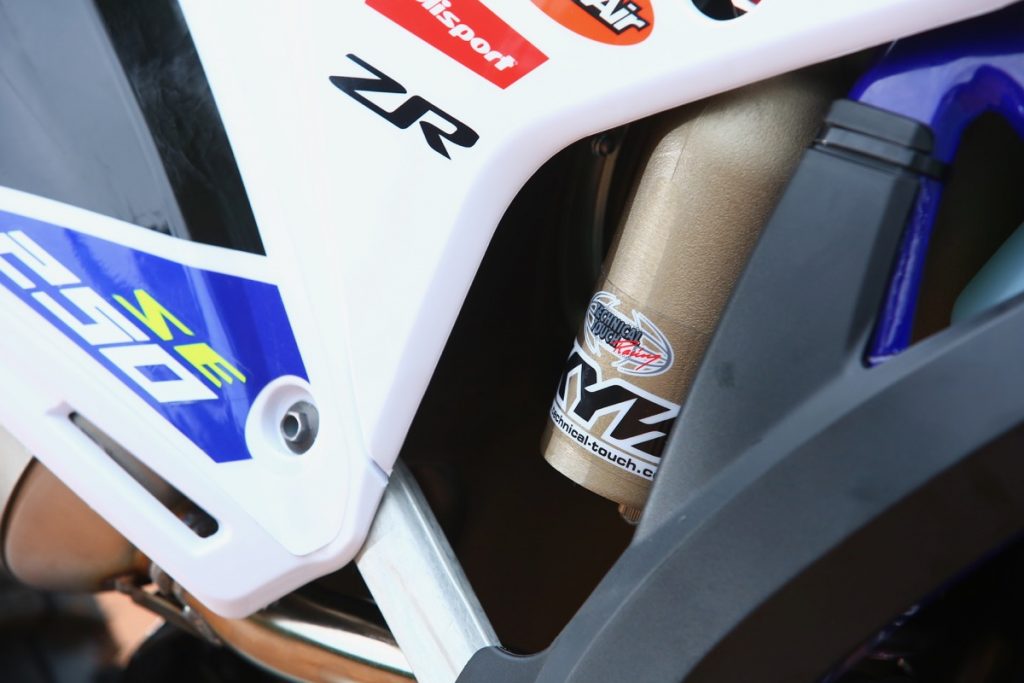 SEXY SUSPENDERS
The new KYB suspension started off feeling stiff but that all changed as the bike clocked up a handful of hours. That stiff, firm feeling disappeared. The fork now felt silky smooth over all the small choppy ground, yet handled all the big hits with ease.

The map switch really changed how the shock felt and reacted. If I used the Hard map, the rear-end was quite lively and danced around like a light two-stroke does. Or I could run the Soft mode and get a really settled softer feeling from the shock.

The frame has been reduced in weight while getting added flexibility. Ever since I hit Skippy at the Condo 750 and gained some nice metalwork in my spine, I feel my hands and feet are even more sensitive to feedback from a footpegs and handlebar so I’m confident in saying this new frame definitely translates into a smoother ride through both my feet and hands.

I really like what Sherco has done with the 300SE. No longer is it a hard-edged enduro weapon. It will now work for a much wider range of riders and conditions while still being as capable as ever on a race track. For the first time I could see myself owning a 300cc two-stroke due to the Sherco’s much friendlier nature and the power switch that makes it feel like you have two bikes in one.
by Ben Grabham 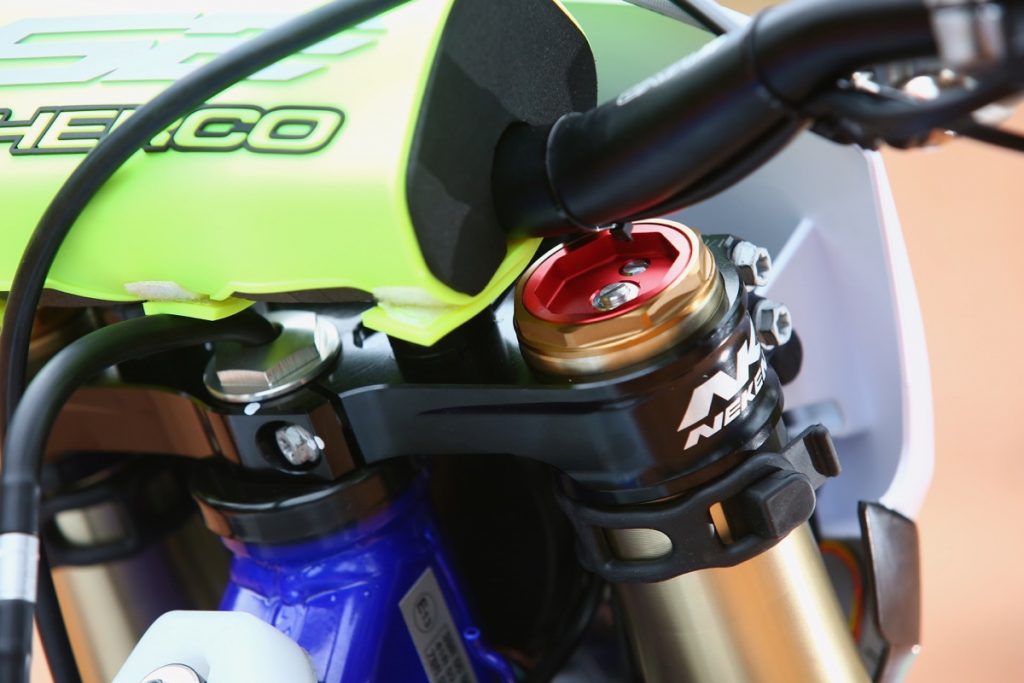 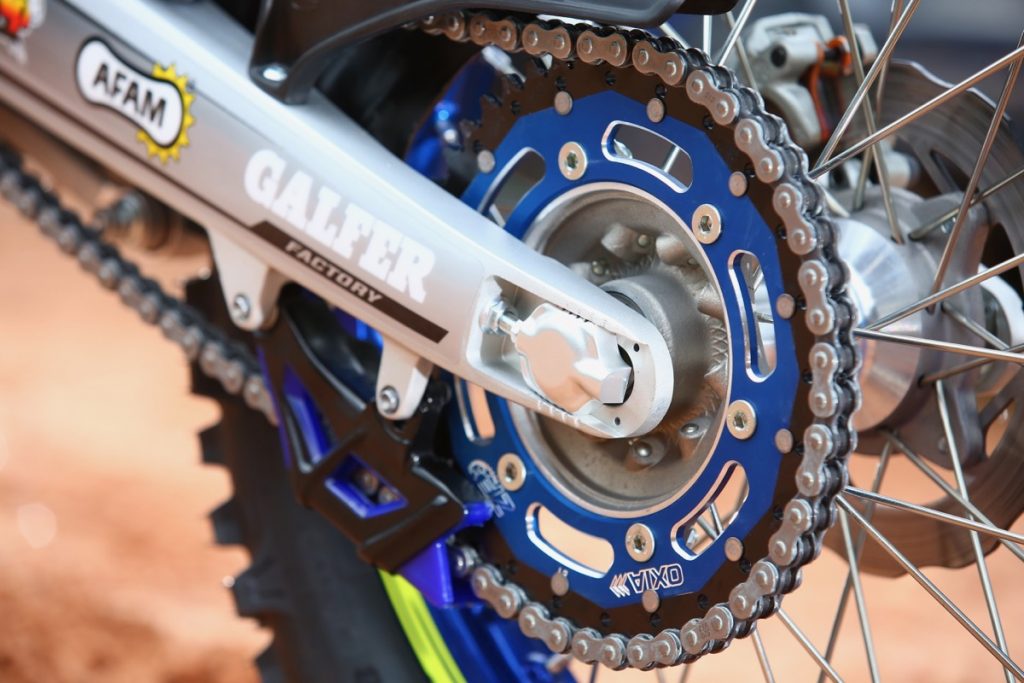